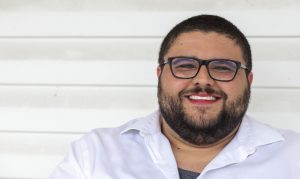 Clinton Waters, a WKU alum, pinpoints writing as their way of not only embracing their sexuality, but also opening up a conversation within their community without exploitation. To Waters, representation is important without making the character’s sexual preferences their defining personality trait or using it for shock value.

The 29-year-old has released four books will be doing a meet and greet for fans and anyone in the community starting at 6 p.m. Feb. 7 at Starbucks located at 2808 Scottsville Road.

Their first book “Futures Gleaming Darkly,” is a compilation of short stories originally published in January 2019. The book brings its readers into the technologically-advanced, yet humdrum lives of a series of characters who identify as queer. Fan Julie Mclvor, an electronics specialist from Bowling Green walked away from the literary works with high-tech imaginations bonded with reality.

“Each story stands alone beautifully but also blends into a cohesive critique of the role of technology in our lives and how that relationship might intensify with new and advanced technologies in the near future,” Mclvor said. “The characters are mesmerizing and relatable, and the stories are written so naturally that, even as obvious sci-fi, they’re easily believable. It’s exactly what I’m looking for in science fiction.”

Waters, a self-published LGBTQ+ author from Bowling Green has since released three more books, yet said “Futures Gleaming Darkly” is the piece they are most proud of to date. 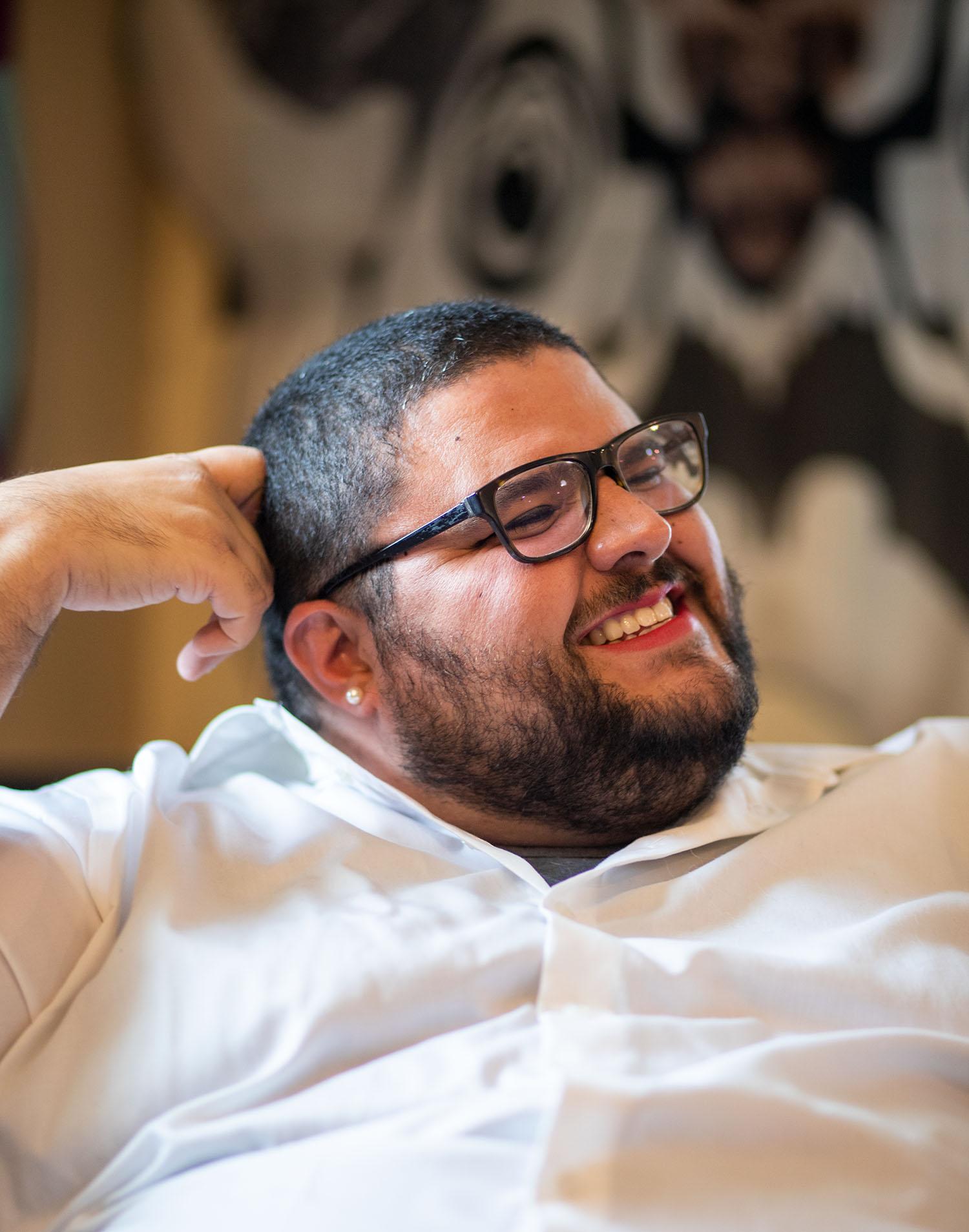 Clinton W. Waters is a creative writing graduate from WKU and self-published a handful of their own work. “It can definitely be stressful, especially since being self published requires a lot of work,” Waters said. “Everything has to be set up yourself, and it’s a lot of going around and asking people to read your work or review it, so you definitely have to have a tough skin.”

“That first one, I’m really proud of,” Waters said. “It was very ‘Black Mirror’ inspired. I just wanted to write down these ideas that have been circulating in my head for a while, and I did it! I’m pretty tickled with it.”

Waters was a staple at both ConCon’s and Teresa’s Restaurant helping out and being there when they could. They were a presence in the restaurants from their earliest memories, from the time they were old enough to not hurt themselves or get in the way, they said.

Outside of the eateries, Waters developed an affection for science fiction growing from their fascination with the Emmy Award-winning series “The Twilight Zone.” In sixth grade, they wrote a story their school published and they were requested to read aloud to peers and parents. They described the piece as a “Wizard of Oz-esque” tale that included them and their friends embarking on a whimsical trip.

Waters’ first taste of notoriety led to a passion for writing that was only intensified by introductions to Edgar Allan Poe and Charles Dickenson in middle school. While the famed authors and Waters’ personal experience offered inspiration, it was ultimately tragedies they experienced that led a pastime to a future career.

At the age of 14, Waters, who identifies as gay, lost two immediate family members within a 12-month span. Already questioning their own sexuality, they grieved the death of their father, which was followed by the death of their brother, who in his early 20s was killed in a motorcycle accident. Calamity had Waters searching for an outlet to process the events taking place in their life — both internally and externally.

“Especially being in the south and in the LGBTQ community, the writing was a way of making sense of these things and just figuring it out,” they said. 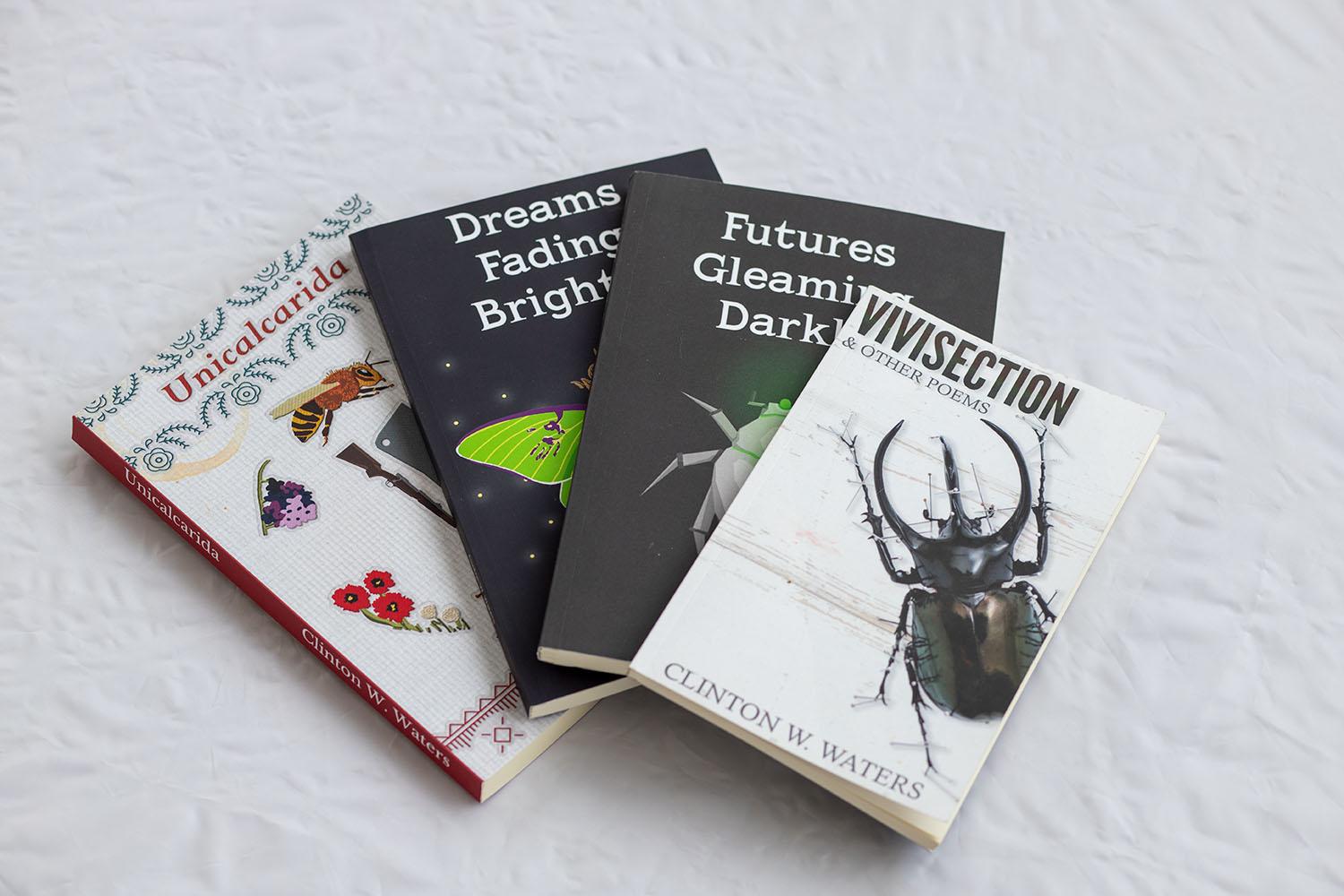 Clinton W. Waters’ books range from poems to historical-based fiction for teens. “I read all the time, so when I wanted to write a book I wanted to give other members of the LGBTQ community a voice– to feel like they could be represented with my work,” Waters said.

While Waters creates characters that are part of the LGBTQ+ community, they make sure the characters are well-developed beyond that aspect.

“It’s important to have characters who are gay, lesbian, transgender, but not having the story be about that,” Waters said.

An alum from WKU with a creative writing degree on their list of achievements, Waters has two compilations of short stories, one poetry compilation and a novel on the list of works that can be found at Barnes and Noble, IndieBound, Walmart and Amazon.

A full-time e-commerce specialist at Inked Brands today, Waters is still coming to terms with their successes and striving for a greater sense of self-acceptance on both a personal and professional level. Calling their sense of self-acceptance a work-in-progress, they cite “Vivisection & Other Poems,” released in February 2019, as the book that brought about the most vulnerability in them. Waters believes their poetry offers a deeper insight into their intimate feelings, saying it is Sylvia Plath inspires and mostly autobiographical and somber.

“There’s a piece of me in there, whether readers can identify it or not,” Waters said. “I hope those who can’t relate can still find something they strive to understand.”

Shaina Townsend, a product photographer from Bowling Green works with Waters on an e-commerce team. She said Waters is one of the most creative individuals she has ever met.

Townsend said Waters “dreams big and is always going after those dreams at full force.”

“It’s incredible to watch, and it certainly inspires me to go chase my own dreams,” Townsend said.