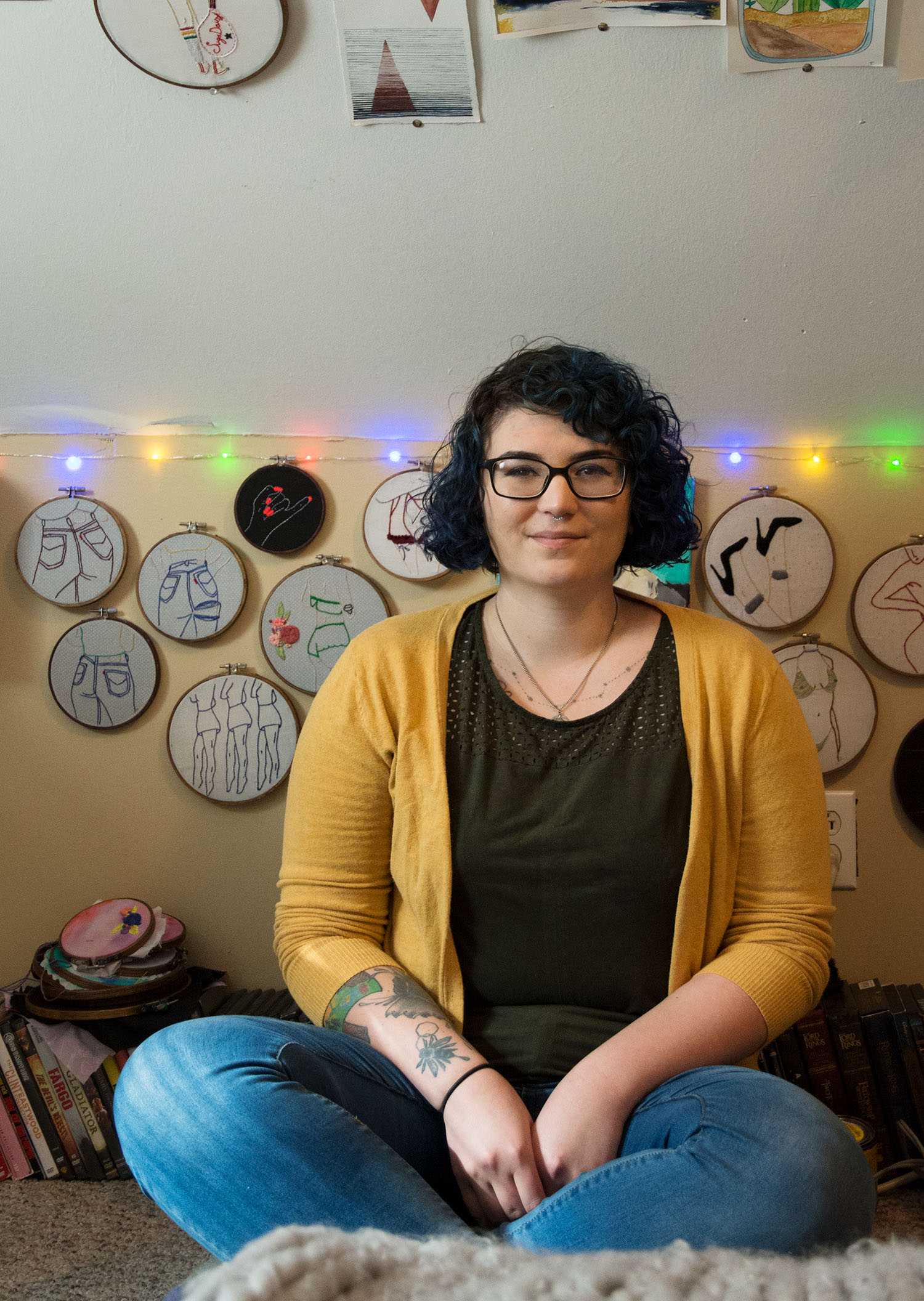 A Light from the Window

Loose threads stick to the top of Logan County native Tori Trujilo’s blanket, decorating the pale, blue color. Underneath a strand of multi-color lights and wall of handmade art, Blue, her gentle but vocal cat, strolls around the boxes of colorful thread. The quaint and comfortable room feels as though I’m sitting down with an old friend as Trujilo shows me her hand embroidery.

As a child, Trujilo’s grandmother taught her how to embroider, which she thought of as a chore when she was young. Now, at 26 years old, she creates striking embroidery of a new-age subject matter, featuring nude and lingerie outlines and what she calls “jean butts.” She also dabbles in photography, painting and polymer clay.

Every piece created by Trujilo is one of a kind and modeled after a real person. Along with searching Instagram for beautiful subjects, she gets personal commissions from customers who send in pictures of themselves or others that they they’d like to have embroidered. People most often send in photos of their partners, hoping to give the embroidery that Trujilo makes as a gift to them.

“I find that really nice — that people trust me enough to have these photographs of them and do the art the way they want it,” Trujilo said.

Trujilo has found that along with the vulnerability presented to her through her commissions, she also has an unexpected audience expressing a love for her work. 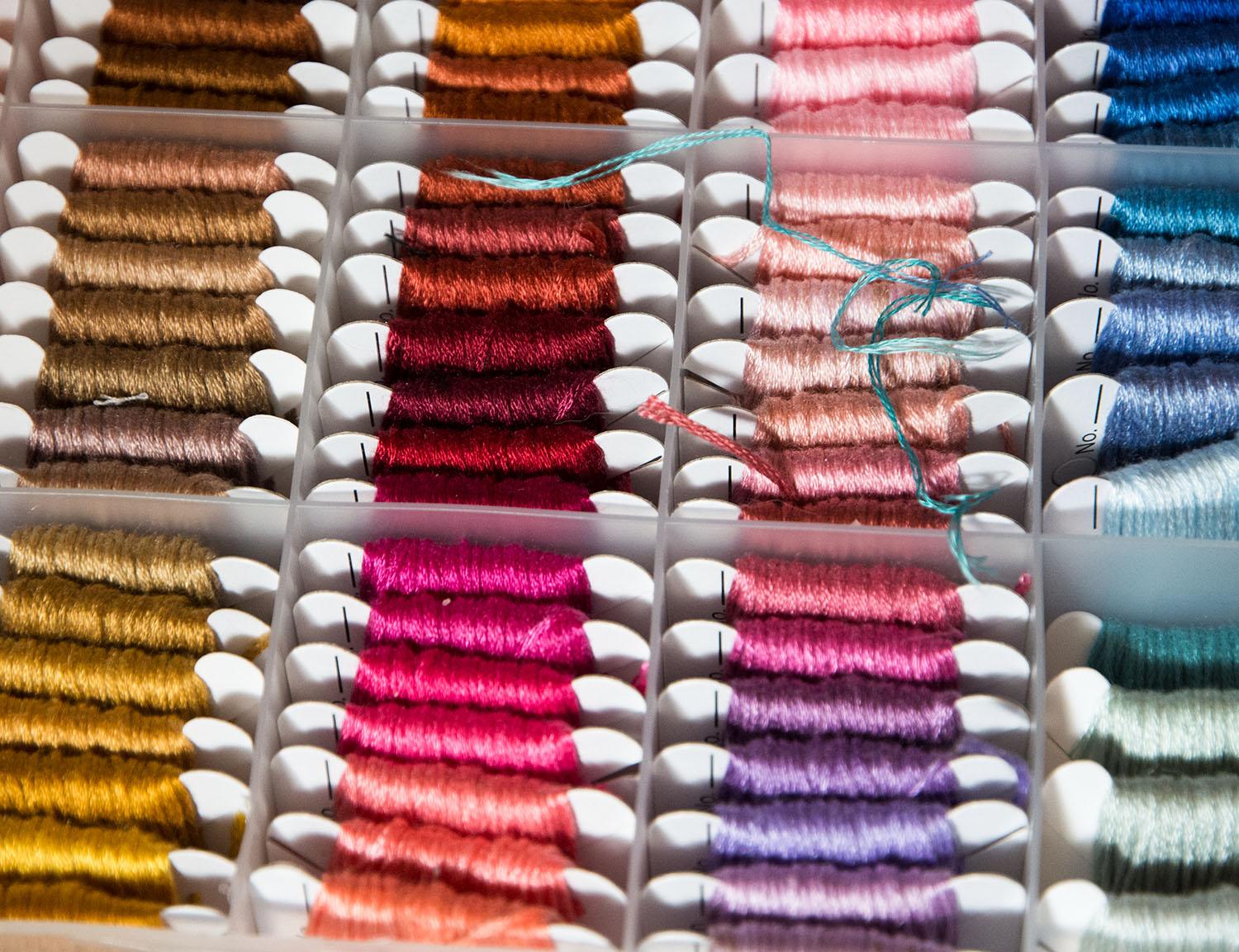 “A lot of older people that I was not expecting to , they love it,” Trujilo said. “They love the fact that I’m taking something that they’re used to, which is embroidery, and turning it into a more modern-day art.”

She hopes that her art will empower women no matter what age.

“Women are gorgeous, and I think you should be comfortable in your own skin if you can be,” Trujilo said.

While her art has found a way to empower other women, she has also used her art as an outlet to help her through life’s difficulties.

Upon moving to Bowling Green in 2015, Trujilo was introduced to the tight-knit art community. Last year, that community became a stronghold for her when she broke her back and was confined to a back brace for six months. She was not able to drive and found herself at home for the majority of the healing process. The support she got from the community, including the BG Makers, helped her heal while she created her art.

“That was really the push for me with art,” she said. “If it wasn’t for a lot of those girls encouraging me and keeping me uplifted, I probably would have been a lot more miserable.” 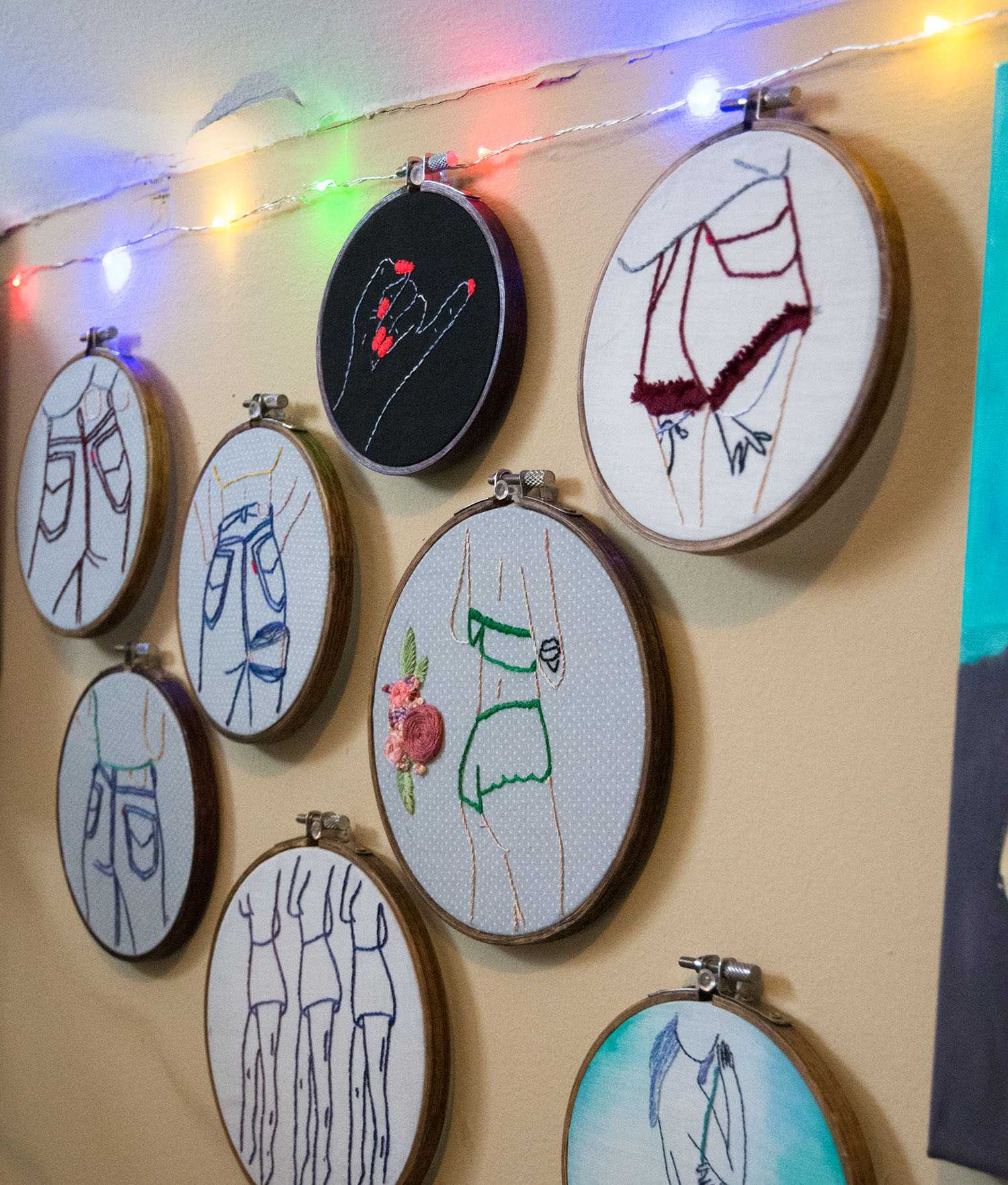 In order to help give others an outlet and skill, Trujilo taught an embroidery class that became a learning experience for her as well as the students. Trujilo found that her students had a much more difficult time learning the craft than she expected.

“I’ve always liked a challenge,” Trujilo said. “I think that’s why I choose such difficult media to use.”

In the future, she hopes to teach more classes so that more artists can learn the skill of embroidery. In the meantime, she plans on taking a trip out West and creating more art.

Trujilo’s work can be seen at @lightfromthewindow on Instagram and will be available at the BG Makers Spring Artisan Market on March 10 at the A-Frame.