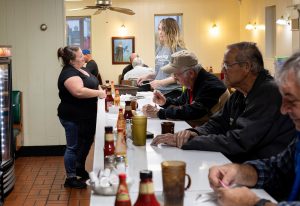 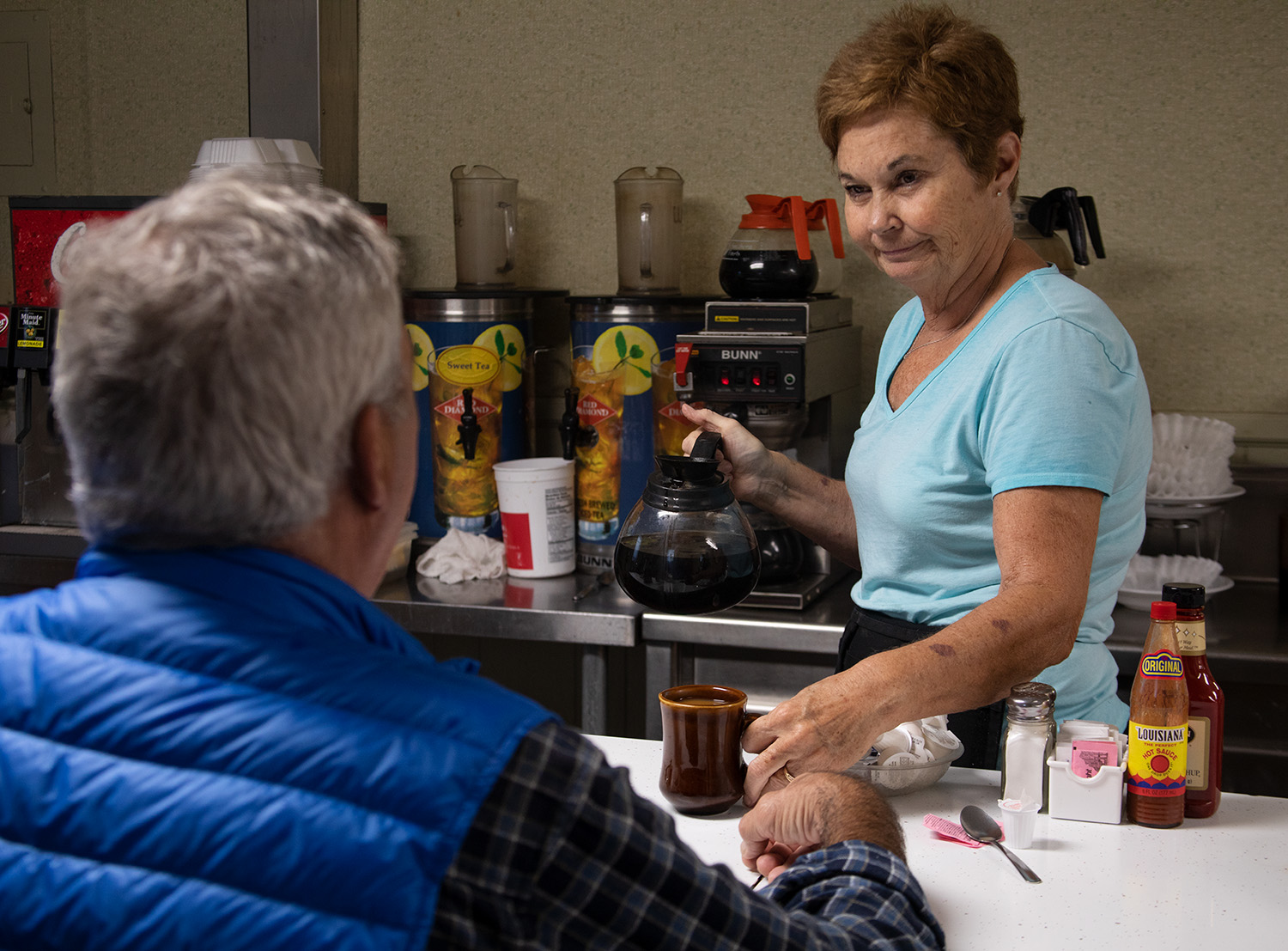 Felicia Durbin, one of the owners of Judy’s Castle, fills Tim Newton’s coffee. Durbin has worked in the diner almost every day since she bought the diner with her husband, Paul Durbin, 24 years ago. Paul and Felicia both said they wanted to sell the diner in order to spend more time with their family and grandkids. “It’s been great, but there’s a time for everything, and I’m tired,” Felicia Durbin said. 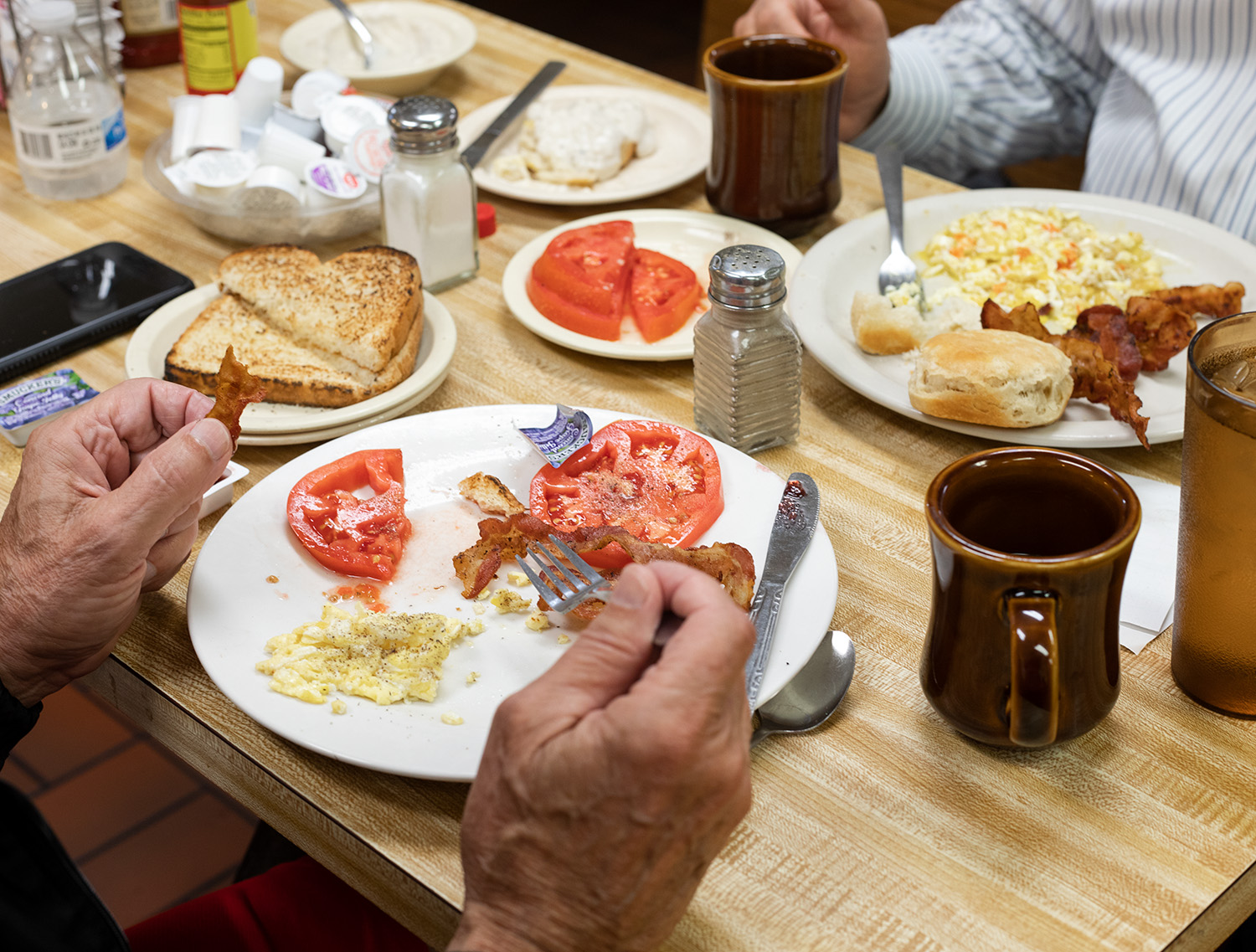 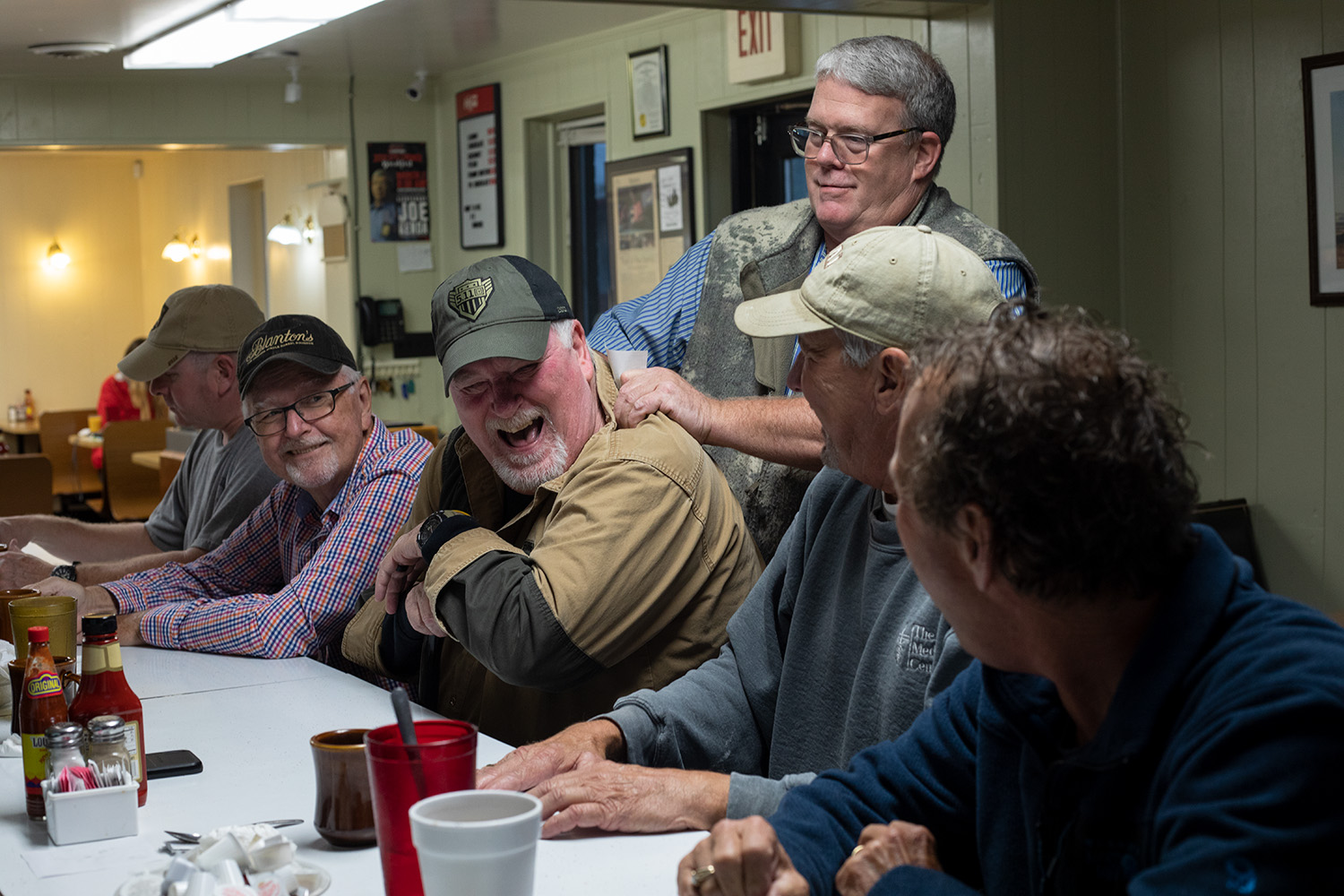 Gary Davis (from left), Jerry Blankenship, Paul Durbin, Darryl Keen and Kevin Kirby have breakfast at Judy’s Castle every single morning. Most of the regulars plan to continue coming as long as Judy’s Castle is still open. “We’re like the light fixtures — we come with the building,” Kirby said. “My second home,” Blankenship said. “That’s all there is to say.”