Your guide to voting in the 2018 SGA election

Editor’s note: Since original publication of this article, Mayer, Edmonds and Anderson’s campaign has been disqualified and Mujkanovic’s campaign has been suspended by SGA’s judicial council.  This is a developing story that the Talisman will update as more information becomes available.

On April 16 and 17, students will cast their votes on TopNet for the 2018-19 Student Government Association. The Herald hosted its annual town hall meeting on April 12, giving students the opportunity to learn more about the candidates running for executive positions. Click here to view the 2018 election packet.

Why is this important?

SGA is the organization that represents the entire student body of WKU, and they work to provide positive changes to help students achieve the most fulfilling university experience, according to SGA’s page on WKU’s website.  The seven candidates running for executive positions are seeking the highest-ranked positions in SGA. Additionally, the president of SGA acts as the sole student member of the Board of Regents, the 11-member governing body of WKU.

The SGA president is the sole student regent on WKU’s Board of Regents and two subcommittees of the Board.  He or she also acts as the only student representative on more than 10 university committees.

In addition, the SGA president serves on the Steering Committee of the 10-year strategic planning initiative for WKU, the Board of Student Body Presidents for the Commonwealth of Kentucky and on the Kentucky Council on Postsecondary Education.

Several meetings take place in Frankfort, where the SGA president is involved in lobbying for higher education funding for all Kentucky students.

The executive vice president also serves on the Student Life Foundation, the Budget Council, the Parking and Transportation Committee and the Student Advisement Award Subcommittee.

The annual trip to Frankfort for the Rally for Higher Education is organized by the executive vice president.

He or she is responsible for transferring funds to the right place, purchasing supplies, ensuring the budget is used efficiently and recording all financial transactions.

A total of six candidates are running on two separate tickets, and one candidate is running independently. While candidates don’t necessarily need to run on a ticket together, many chose to do so much like a candidates for the U.S. presidency and vice presidency do. 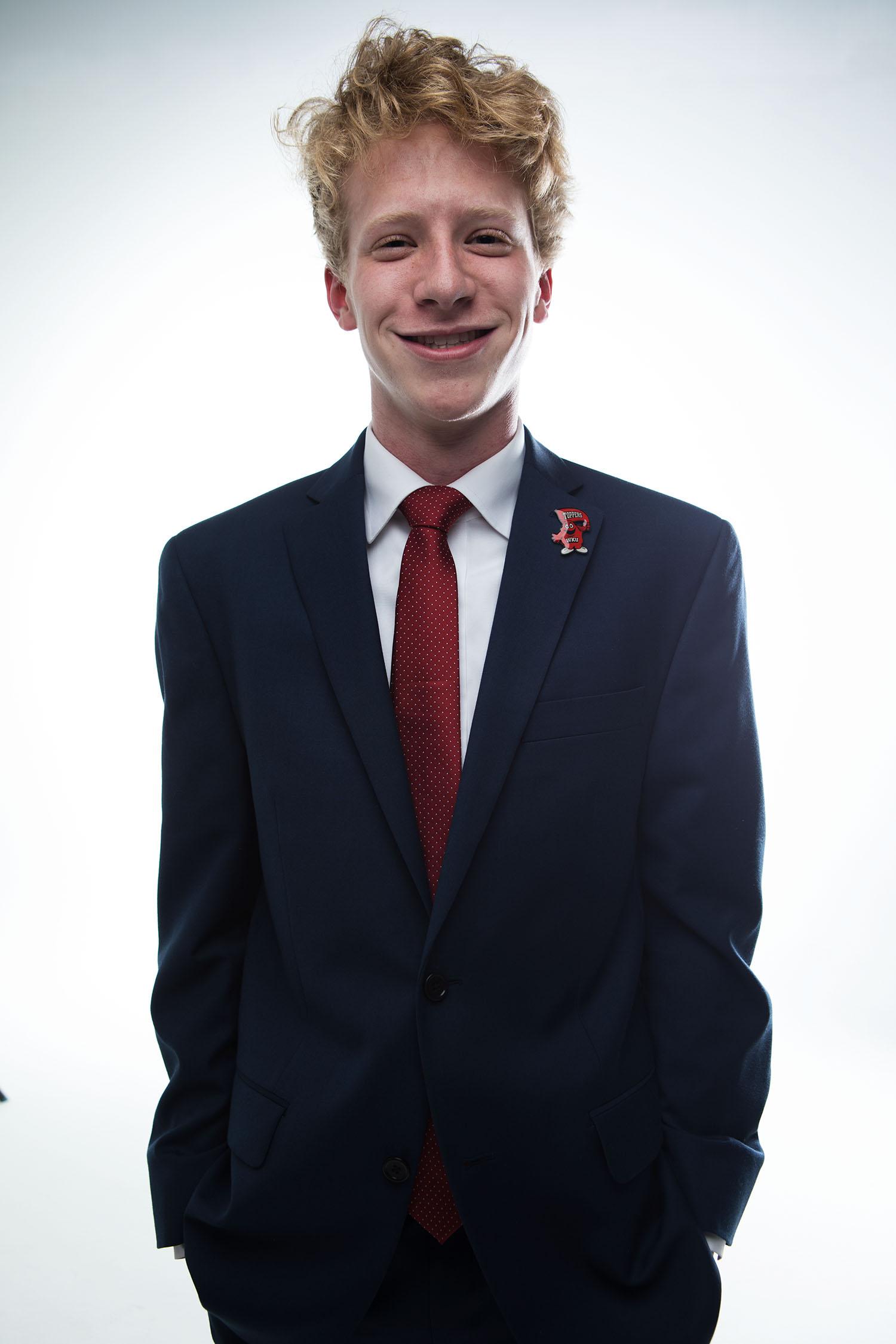 Conner Hounshell is a rising junior from LaGrange running for SGA president. He currently serves SGA as the chief of staff, assisting current SGA president Andi Dahmer with her duties. Hounshell has served on three university committees, including a strategic planning committee regarding student success.

During the town hall, Hounshell mentioned several pieces of legislation he has authored. These include measures that seek to better represent transfer students, bring LGBTQ+ policies to the Hill and revising the Aramark contract. 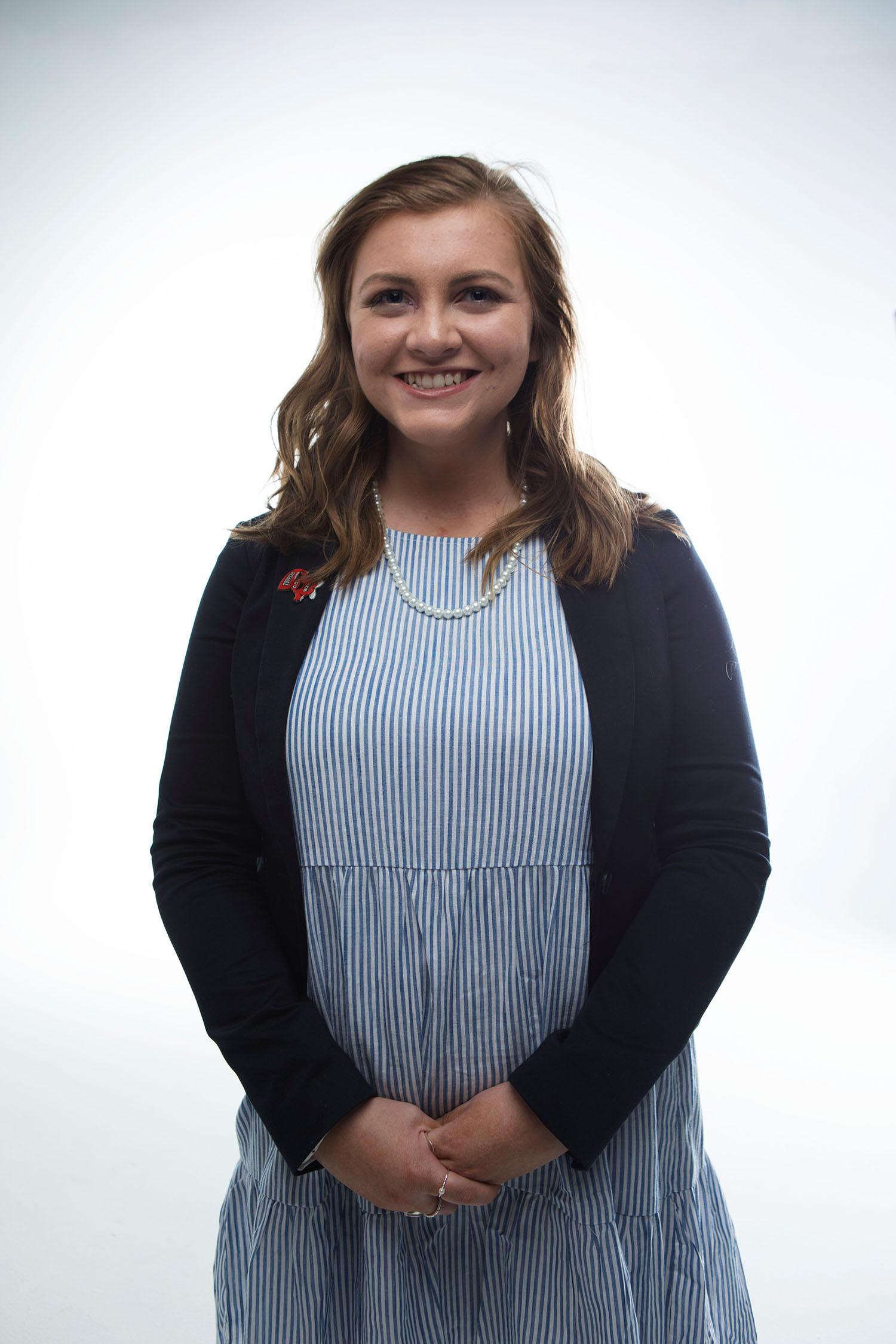 Savannah Molyneaux is a rising senior from Louisville running for executive vice president on Hounshell’s ticket.  She has served on SGA since her freshman year at WKU and is running for reelection to her current position. Molyneaux has also served on the Student Life Foundation, the Parking and Transportation Services Committee and its subcommittee, the Budget Council, SGA Saves (Standing Against Violence and for Ending Self-Harm) and others.

Molyneaux authored legislation that passed in November 2017 to help fund Make Your Voice Heard, which includes a partnership with the Talisman to help sexual assault survivors tell their stories. She said during the town hall she wrote legislation in support of maintaining WKU’s Title IX guidelines in response to U.S. Secretary of Education Betsy DeVos’ rescission of the program in September 2017. 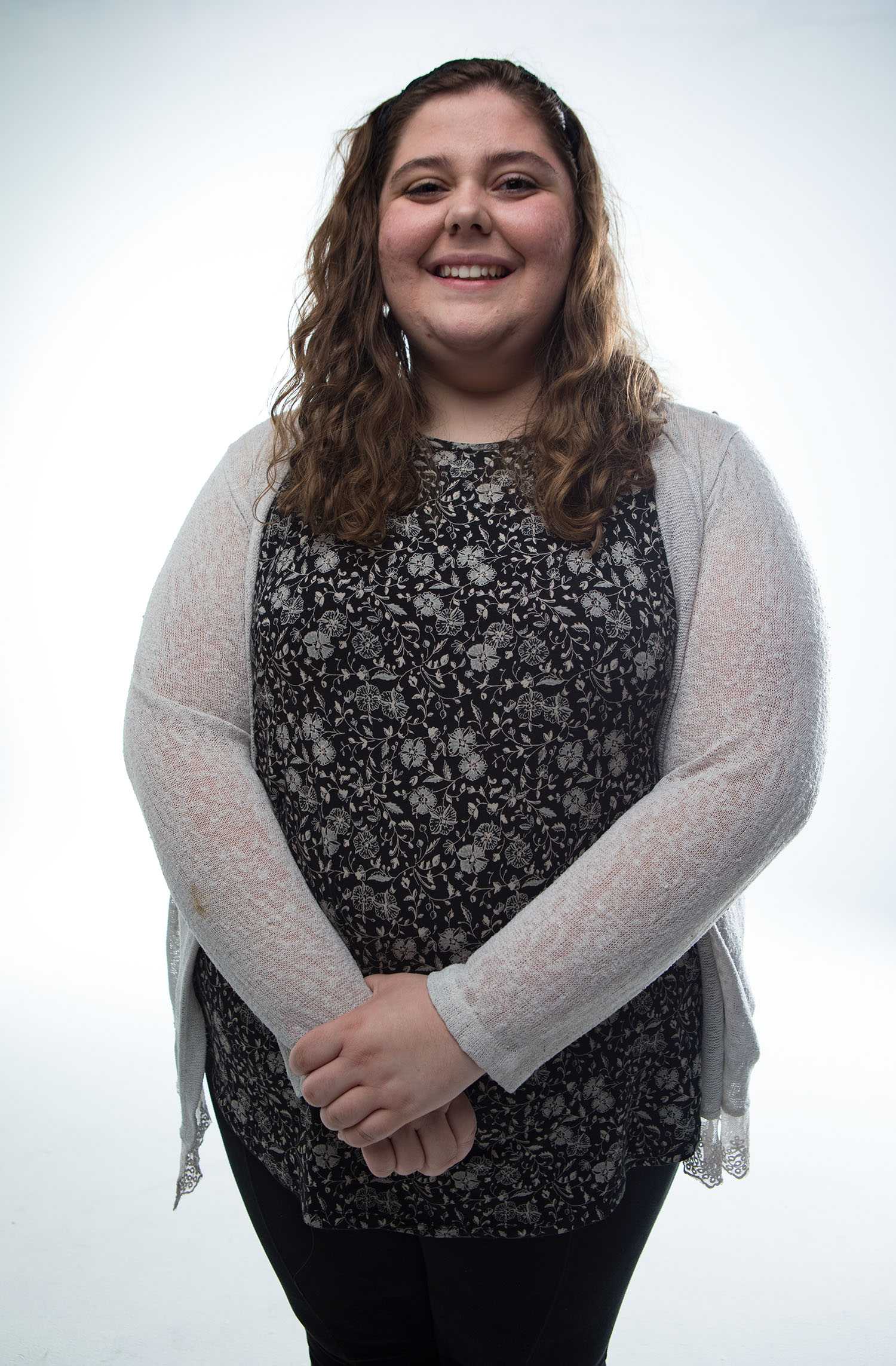 Kara Lowry is a rising senior from LaGrange running for reelection as administrative vice president on Hounshell’s ticket. Like Molyneaux, Lowry has served on SGA since her first days as a Hilltopper. She also currently holds the position of chair of the Organizational Aid Committee. Lowry has helped fund 36 organizations on campus.

Lowry has written legislation in regards to funding for free feminine hygiene products in campus bathrooms and requesting the renegotiation of the Aramark contract, both of which passed. 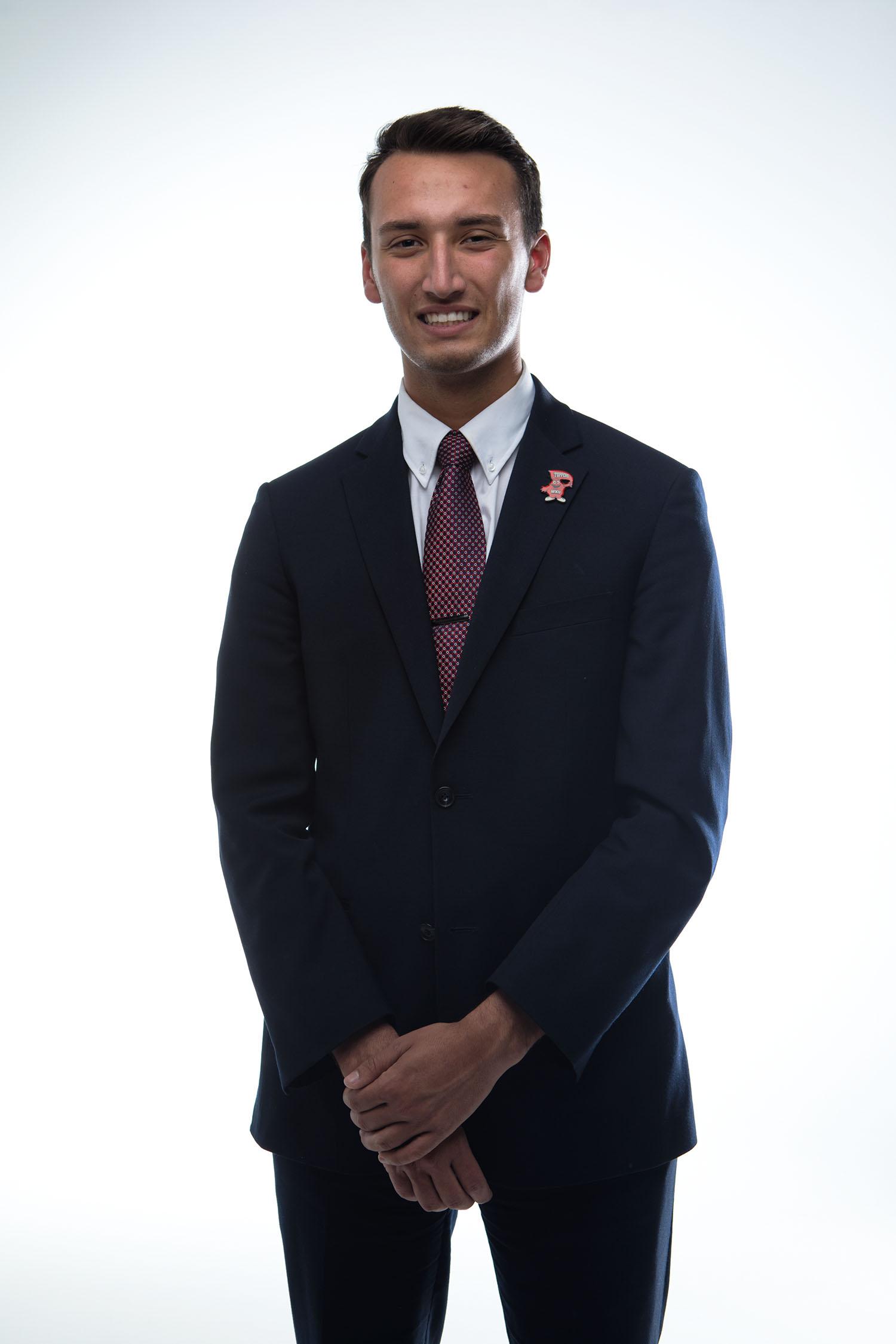 Stephen Mayer is a rising junior from Louisville running for SGA president. He has been a member of SGA since his first semester on campus and has served as senator-at-large and as chair of the Academic Affairs Committee, which serves the student body on all academic matters. Mayer is also a member of Sigma Phi Epsilon fraternity and TriBeta, an honor society focused on “improving the understanding and appreciation of biological study,” according to the organization’s website.

Mayer said he had not written any legislation in the past year, but noted he studied abroad at Harlaxton College in England during the fall and assisted Edmonds with legislation during the spring. 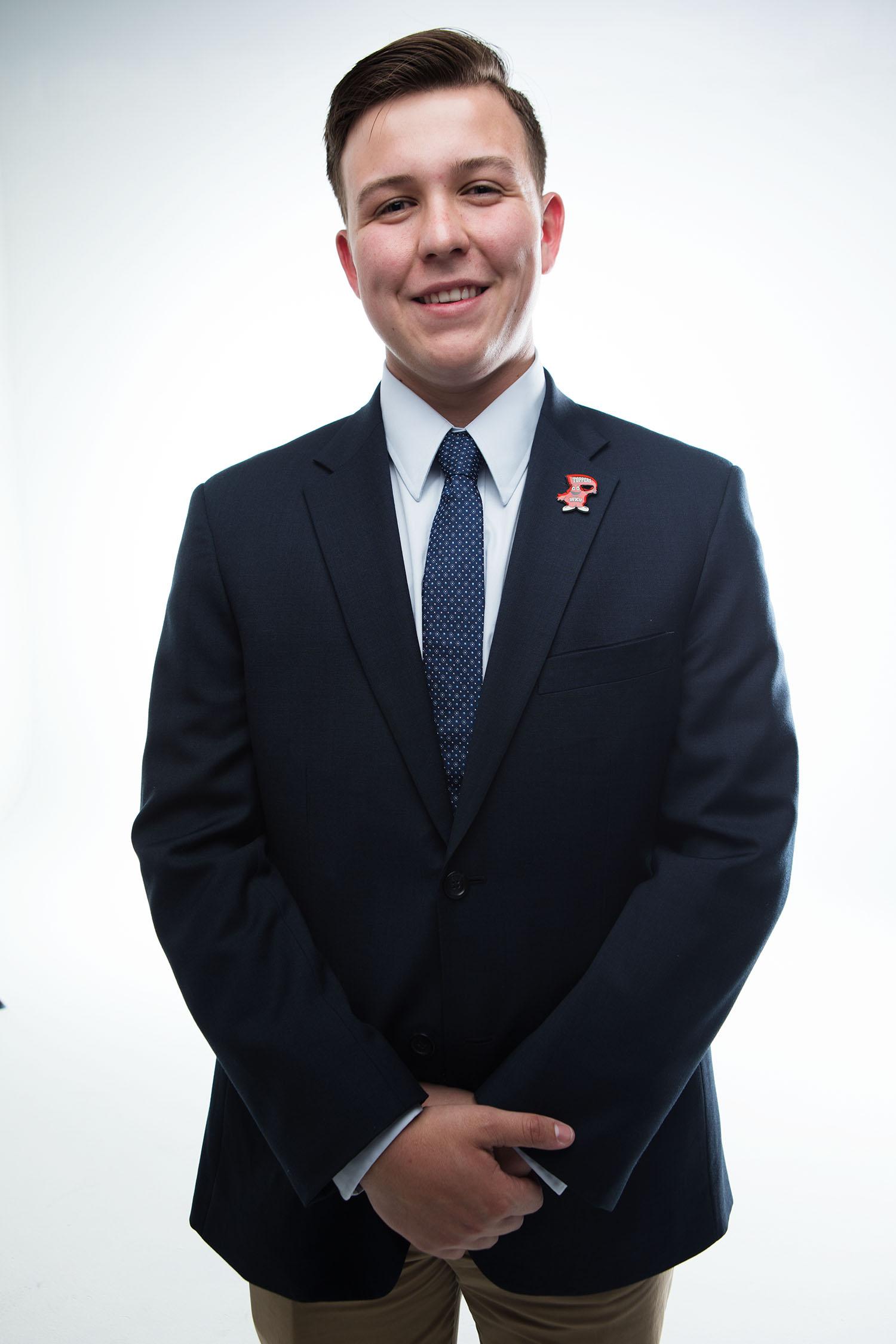 Garrett Edmonds is a rising sophomore from Island running for executive vice president on Mayer’s ticket. He currently serves SGA as an elected senator of Potter College. Edmonds is also a member of Phi Gamma Delta and Young Americans for Freedom, a student chapter of Young America’s Foundation, which is a conservative youth organization that “promotes the principles of limited government, individual freedom, free enterprise, strong national defense, and traditional values,” according to its website. He serves as committee chair of the Campus Improvements and the Potter College Complaints committees.

Edmonds said at the town hall his favorite piece of legislation he wrote was focused on improving safety on campus by installing more emergency blue lights and funding the Campus Safety Seminar. 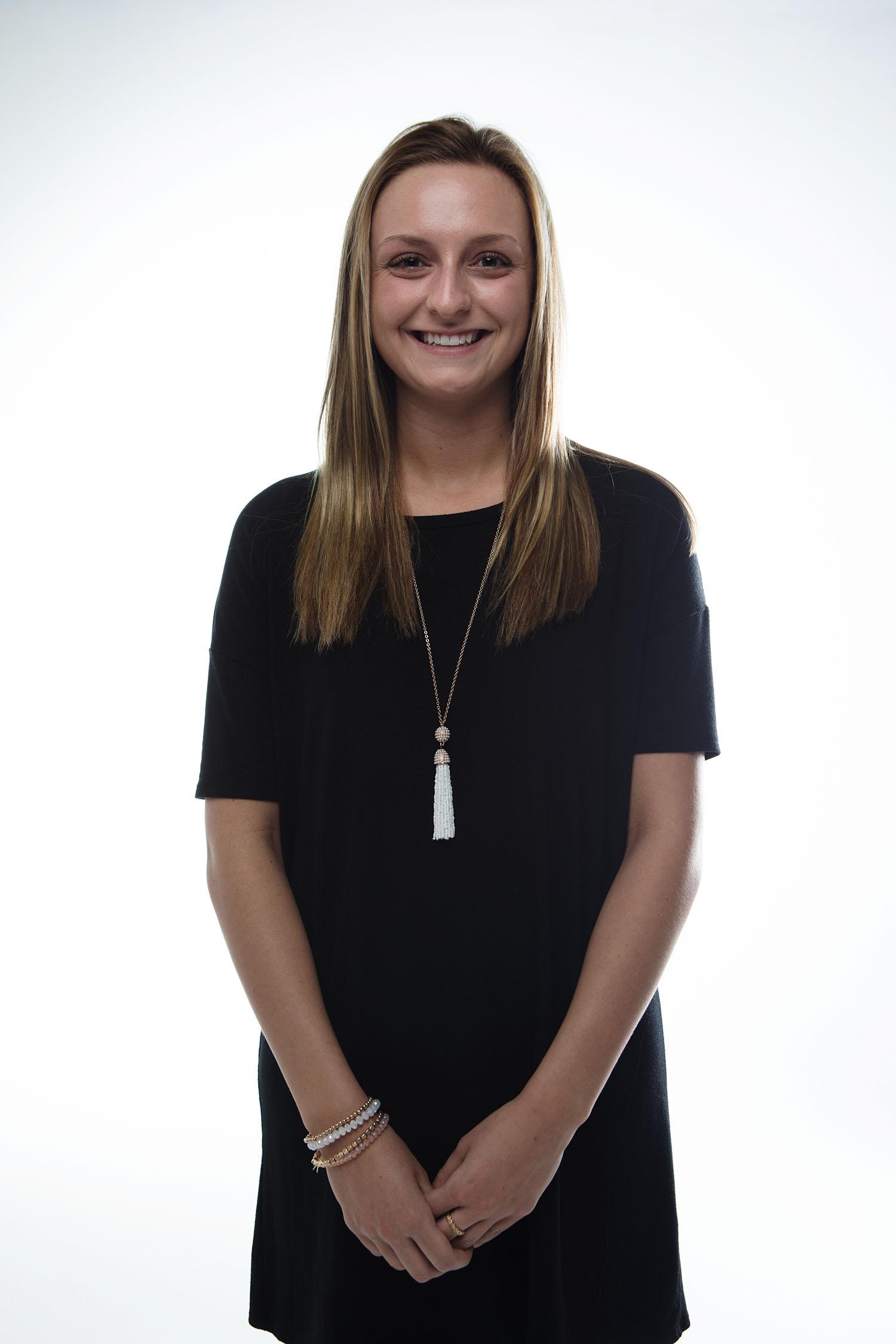 Harper Anderson is a rising sophomore from Morehead running for administrative vice president on Mayer’s ticket. She currently serves as freshman senator for SGA and as a member of the Organizational Aid Committee. Anderson is also a member of Kappa Delta sorority and Student United Way, which is a nonprofit that focuses on health and human service issues.

Anderson has not written any legislation, but she said she aims to ensure every dollar of SGA will always directly benefit students by expanding the current involvement of SGA and working more with students, faculty and community members. 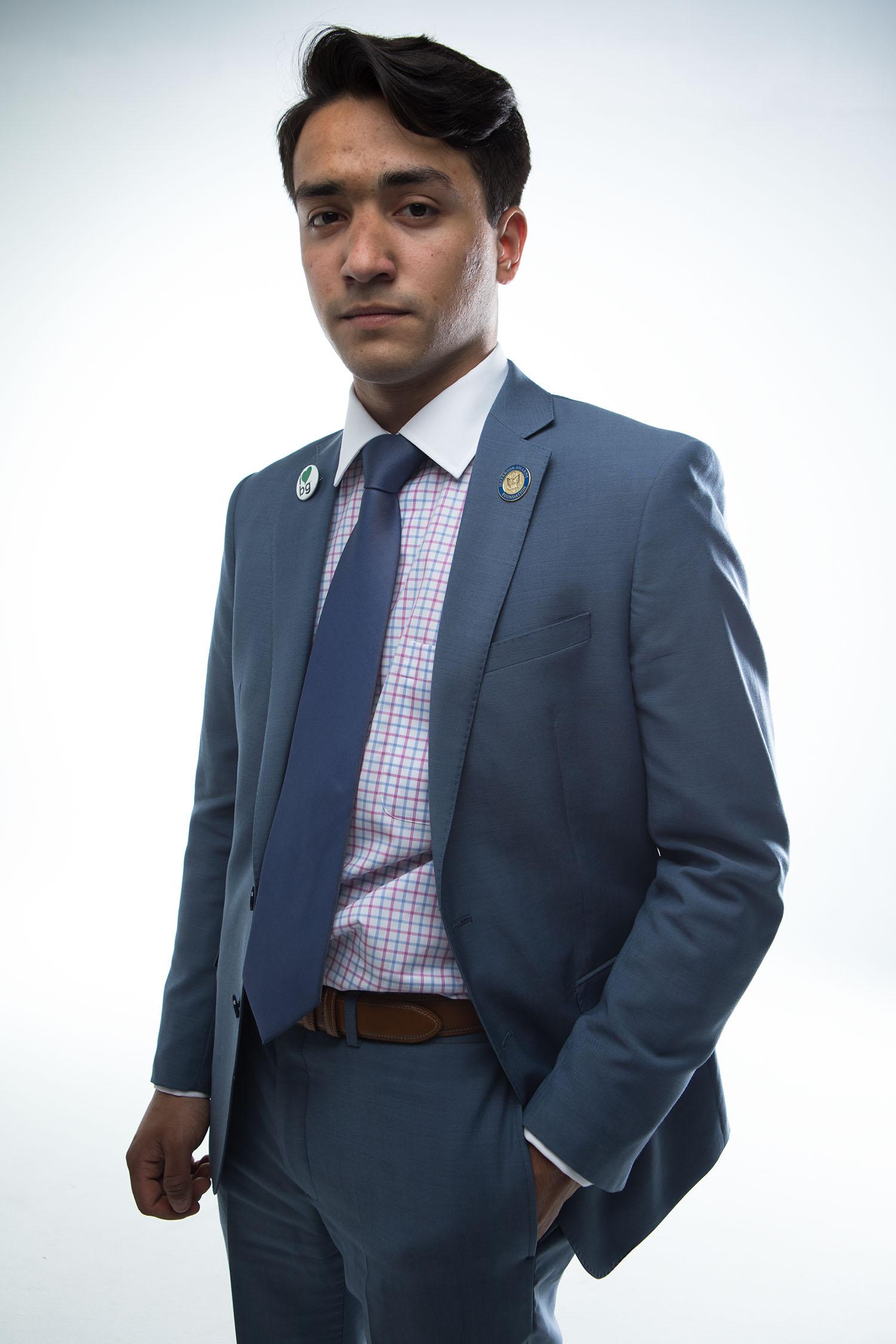 Kenan Mujkanovic is a rising junior from Bowling Green running for SGA president. He currently serves SGA as a senator-at-large. Mujkanovic created a nonprofit called Young Visionaries Foundation that encourages young people in Bowling Green to volunteer in their communities, and he wrote a book about the stories of young people in Bowling Green. Mujkanovic has also won several awards for public service and leadership, including the National Caring Award for the work he has done with his nonprofit. He is running on a solo ticket.

Mujkanovic cited a recent piece of legislation which made the judicial appeal process easier, but he went on to say he does not think legislation shows success.

Hounshell and Molyneaux said at the town hall they plan to focus on fixing WKU’s budget shortfall and retention rates. They each attributed their experience working with faculty as an important step in solving these issues.

Lowry wrote in the candidate packet that she is focused on improving diversity and inclusion on campus, as well as student wellness.

Mayer and Edmonds said during the town hall they hope to improve SGA’s outreach in order to create a more diverse senate, which they said would increase retention rates.

Anderson wrote in the candidate packet that she would hope to negate tuition increases, promote an increase in SGA-sponsored scholarships and expand the reach of funding for different campus organizations.

Mujkanovic spoke about the budget deficit during the town hall and said he, like other students, had watched close friends and mentors endure job cuts. In addition, he said he wants to use SGA to bridge the gap between WKU and the rest of Bowling Green.

During the town hall, Mayer and Edmonds questioned what the current administration had done about growing tensions in the organization and said a politically diverse executive branch would improve communication within SGA.

Hounshell and Molyneaux rebutted and said student issues are nonpartisan, so diversifying by including more equal representation of political ideologies would not be the solution. They also said positive changes have still persisted even through ongoing tension.

Mujkanovic said he would like to divide the senate into two sections, one for writing legislation and the other for acting on those written policies.

SGA meets every Tuesday at 5 p.m. on the 2nd floor of DSU in the Student Senate Chambers. Students are encouraged to attend. Students are also welcome to author and submit legislation.

Students can vote on Monday, April 16 and Tuesday, April 17 by going to the TopNet login page, scrolling to the bottom and clicking the link to vote for SGA elections.