Adopting a pet in college

Several college students made the decision to adopt and care for a pet while attending classes, work and other extracurricular activities.

Most college students suffer from an abnormal amount of stress, and some people may argue adopting a pet only increases that level of stress. However, students who decide to adopt a pet in college explain some of the positive experiences from their pet.

“Rats have a bad rap,” Spears said. “People think they are gross, but I would see pictures of them on Tumblr and fell in love with their cute, little faces.”

Spears said it is not a burden to care for her pet. Every morning and night, she feeds them, cleans their cage and plays with them because they are very social creatures. 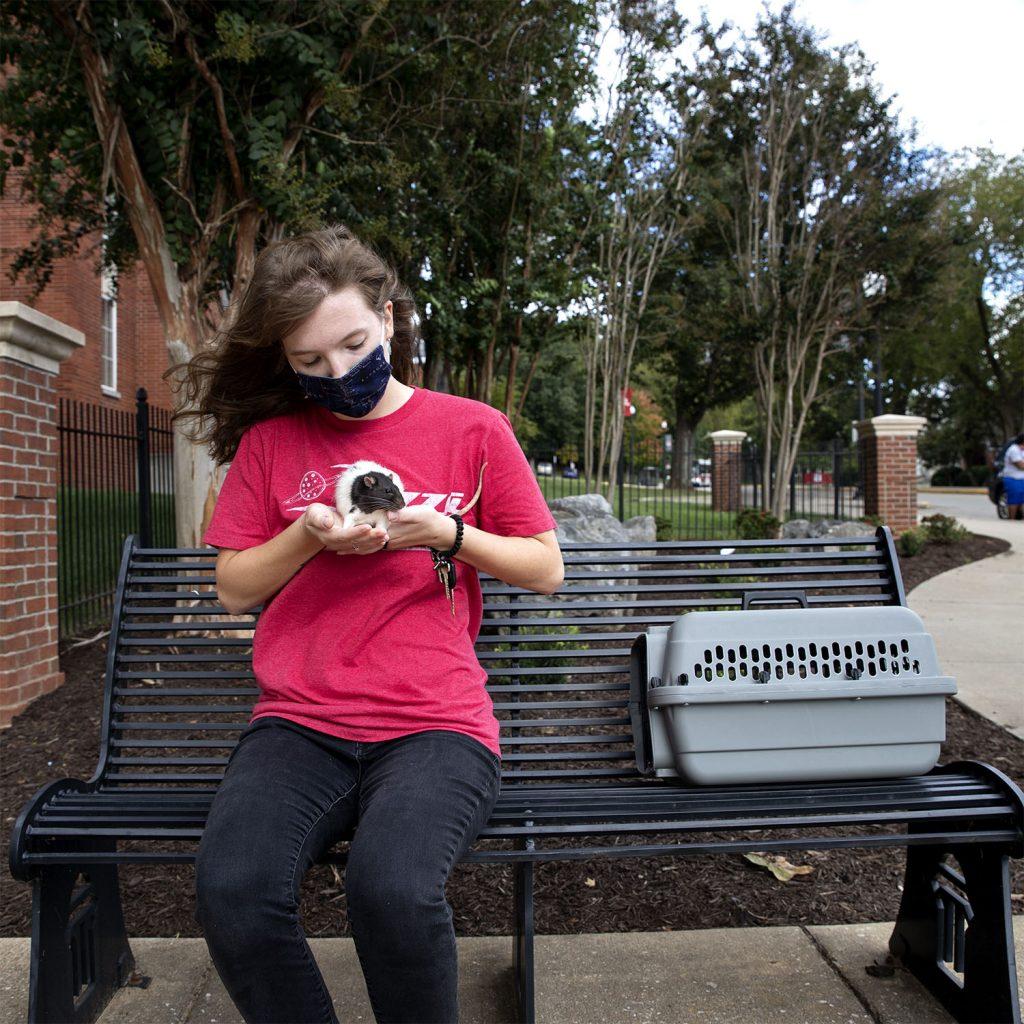 Shelbyville junior Kayla Spears holds one of her two pet rats, Oscar, outside of Northeast Hall. “They keep me on a schedule, because I have to wake up and feed them and play with them every night,” Spears said. “So I’m not a party animal because of them.” (Photo by Charlie Haynes) 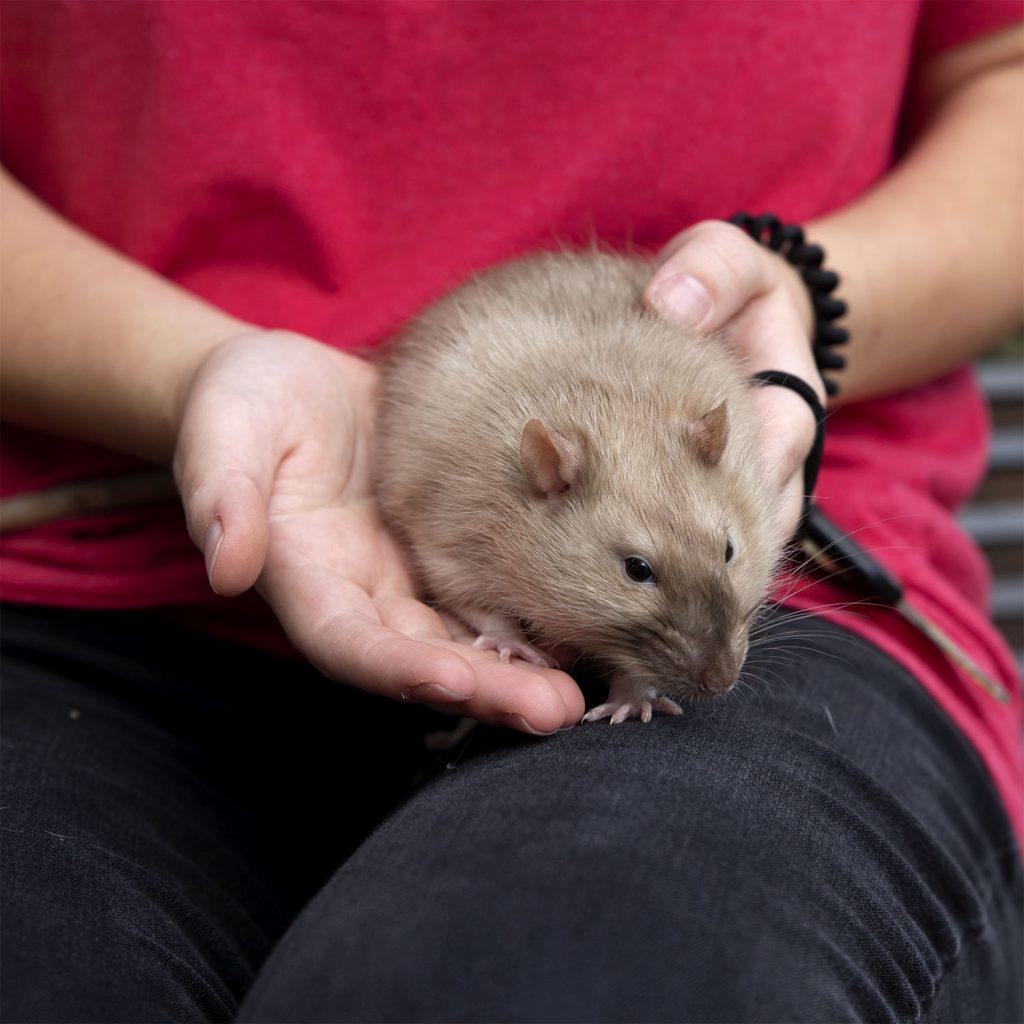 Spears’ second rat is named Walt. “Every time I have a bad day, I can come home and their smiling faces are there,” Spears said. “They are there to love me unconditionally.” (Photo by Charlie Haynes)

Although she does not regret her decision to adopt them, Spears said she was not prepared for how often they get sick and the expense of their medication. However, she said she could not imagine life without them.

“Pets require a lot of time, so you need to be passionate about them and have their best interest at heart,” Spears said. “My pets have helped me with my anxiety disorder and have provided me a lot of comfort in college.”

Similarly, Catie Craft, a sophomore from Hebron adopted her pet hamster, M’Gann, to help her cope with anxiety and depression.

Although Craft initially wanted a cat as an emotional support animal, she decided a hamster would be better suited for a dorm, and she also had previous experience caring for a hamster.

With all her classes online, she finds it easy to care for M’Gann because she is able to hold her while she does schoolwork and can clean her cage while listening to a lecture.

“I have to clean her cage twice a week so sometimes that is a little bit of a hassle because she is so active that she gets it stinky really easily,” Craft said.

However, Craft highly recommends adopting a pet in college as long as a student has the time and resources. 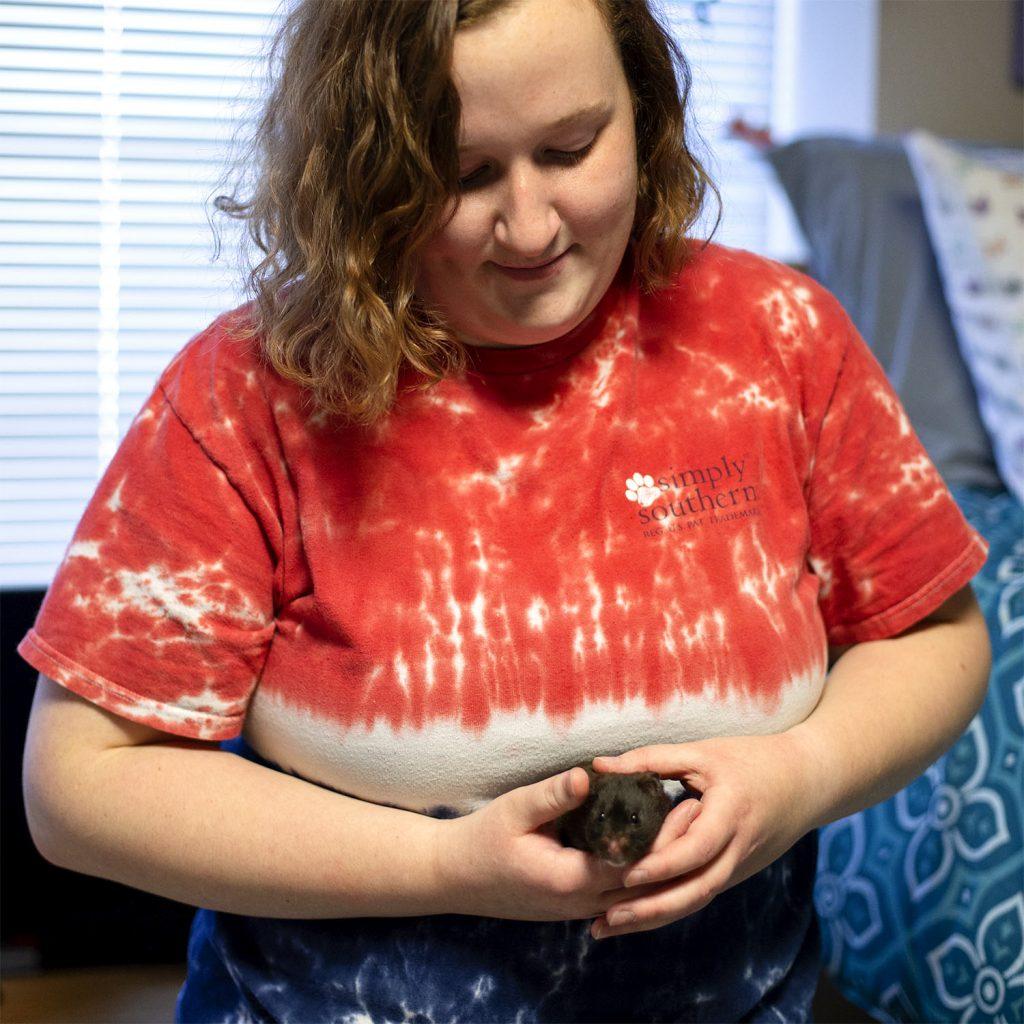 Hebron sophomore Catie Craft holds her pet hamster, M’Gann, in her room in Southwest Hall. Craft named her hamster after Miss Martian, a character from DC Comics.(Photo by Cristina Betz) 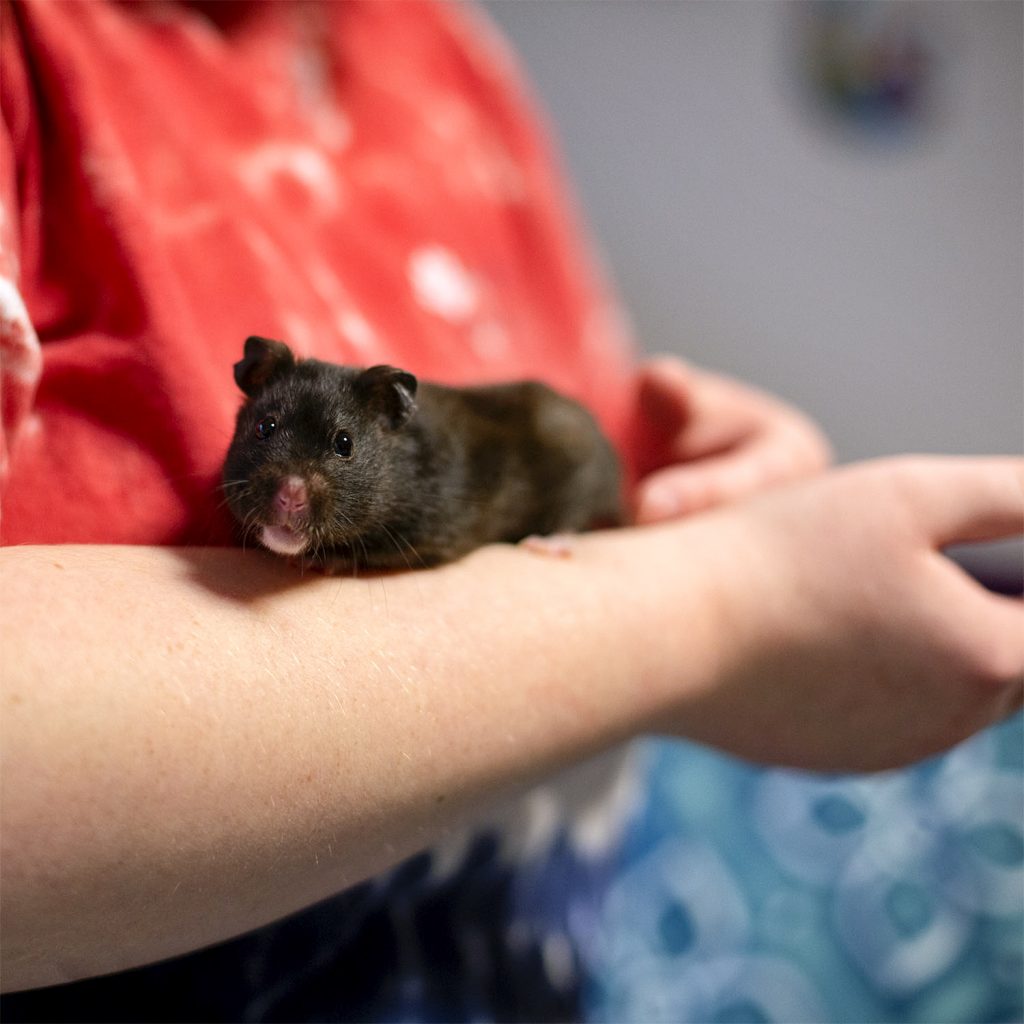 Craft has no regrets about adopting M’Gann and believes she is the perfect emotional support animal. “She can be absolutely crazy, but that’s what makes it more fun,” Craft said. (Photo by Cristina Betz)

“Taking care of a cat, being a full-time college student and working part time is not as difficult as having a dog,” Gentry said. “I had a dog last year, but I realized I wasn’t ready for the responsibility while I was in school because they require more attention and you have to walk them and give them exercise.”

Gentry finds it much easier to take care of a cat, especially since she lives in an apartment this year rather than a dorm. She said since having a dog her freshman year, she is more mature to take care of an animal. Her brother is caring for the dog, now.

As a senior, Maggie Becka from Prospect adopted her dog, Olive, because she wanted a companion and to be able to provide a good home to a rescue.

Although she finds taking care of a dog to be a lot of responsibility, she feels having such a great and loving partner is worth it.

“It can most definitely be difficult on chaotic or busy days, but I haven’t run into a problem with my other responsibilities inhibiting my ability to care for my dog,” Becka said.

Although students may see adopting a pet as an additional responsibility, these students could not imagine life without their beloved pets.