Dear white people: Use your privilege to do better

Editor’s note: This personal narrative reflects on instances of racial discrimination, including the use of a racial slur.

The thing about racism that most people don’t understand is that it can be found even in the most mundane. It can hide in the most innocent of gestures and manifest itself in the simplest of phrases.

I’ve been called names before. I’ve had customers at my job that refuse to speak to me but are perfectly pleasant with my white coworkers. I’ve been told that I wasn’t in the right place. I’ve been followed around stores.

But I consider myself lucky. I haven’t been assaulted. No one’s defaced my property. I’m still alive.

What I come into contact with the most is a more covert form of racism — the kind that has dug its dirt-lined fingernails under the skin of our society. It is racism found in gestures and phrases that seem harmless, but really, they’re the side effect of society that sees myself — my people — as lesser.

I spend most of my days feeling uncomfortable. I spend most of my conversations holding my tongue. I’ve spent most of my life tiptoeing around the sensibilities of white men and women because I felt the need to be accepted. But I’m finished. What I need to say, so desperately, is that I need y’all to do better.

When you put your hands on me without my permission, you make me feel like an object. Like a doll that can be played and experimented with. When you laugh off my objections, I realize the respect I thought you had for me isn’t there.

And while we’re talking about hair, what I really would like is for white girls, whose most exciting hairstyle is some fishtail-half-ponytail contraption, to stop telling me, “I want to see your hair down!” I don’t need y’all to tell me what you want to see me do with my hair.

White girls will ask me, innocently of course, “Why don’t you ever straighten your hair?”

“What I need to say, so desperately, is that I need y’all to do better.”

Another thing that I really love is when people, complete strangers, talk to me like they think black people talk. I’m not your “girlfriend.” You don’t know me. Don’t give me that “mmm-kay,” Bethany. I don’t need it. What I need is for you to talk to me like I’m a human being, not some stereotype you’ve seen in a Tyler Perry movie.

This is the place where I feel that I should add my disclaimer. I’m not talking about all black people. Some black people are totally OK with non-blacks using the n-word. Some black people don’t get offended when people make comments about their physical appearance, and that’s OK.

However, we are not all the same. I don’t care that all your other black friends say it’s OK. There are millions of us. Despite what your friends may have told you, the things you are doing are most likely still racist. It just doesn’t bother them.

I’ve spent my life reassuring white people who swear they aren’t racist. Who swear they would never say anything to offend me intentionally. But when I finally speak up about the things that actually do rub me the wrong way, I’m not listened to. Instead I’m looked at with the “come on” eyes. The “it’s just a song lyric” eyes. The eyes that tell me that I’m the one who is being irrational.

Here’s how it is: I grew up resenting my people because they had the power and the bravery to be black and carefree. Instead, I accepted the role as the “whitest black girl” my friends had ever met. Actually, I didn’t just accept it. I basked in it. I wasn’t like all those other black people in my school. I was civilized. I knew how to act.

As easy as I tried to make it for white people to accept me, I still fell victim to the system. I still had experiences that make me question every white person I come in contact with. 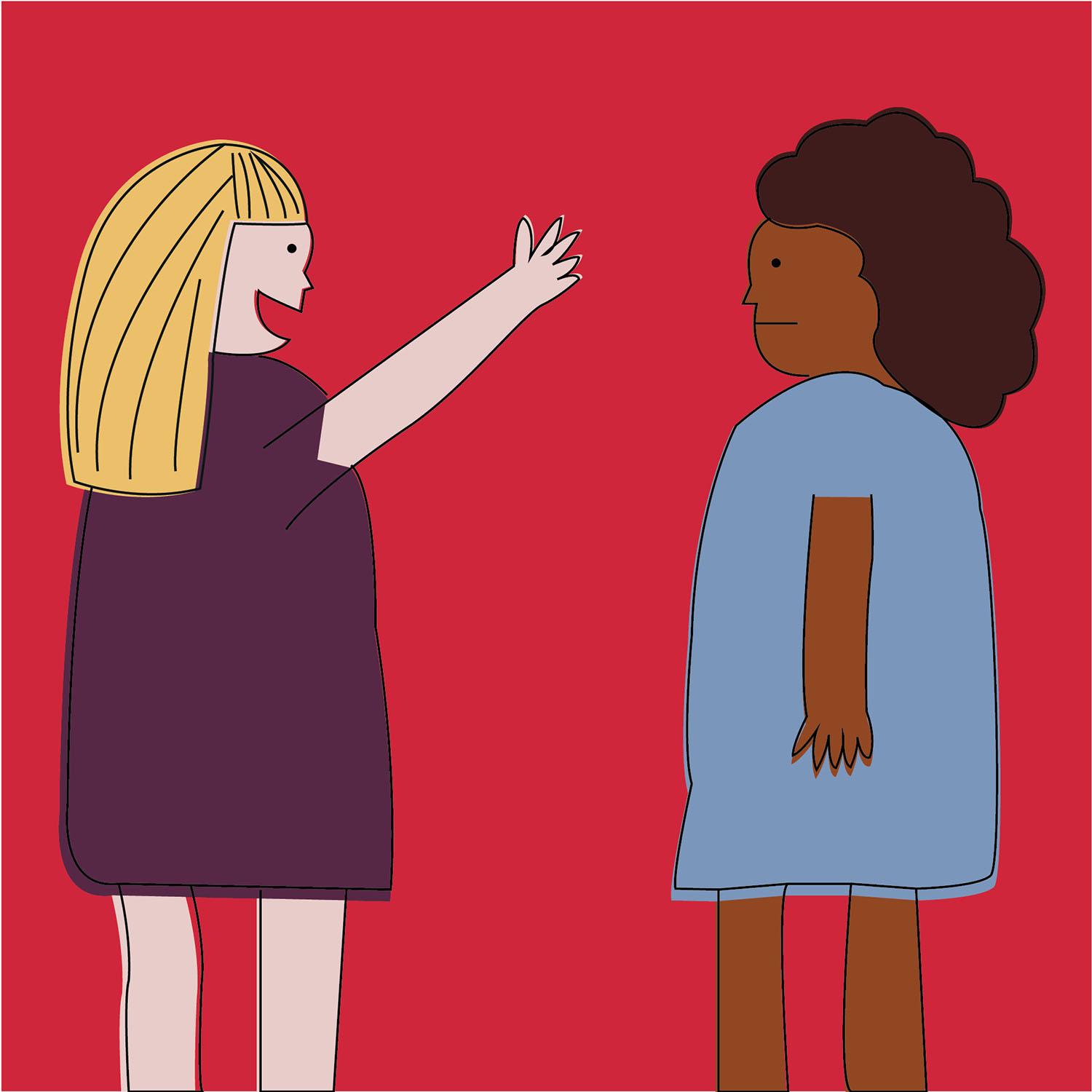 My earliest encounter with racism that I understood was in the fifth grade. My classmates and I had just gotten back from a field trip and were waiting to get off the bus and return to our classroom.

In the heat of the argument, Chuck stood up from his seat and screamed at me in front of my entire class, “At least I’m not a nigger!”

Once we got back to the classroom, I remember that I sat with the experience for a while. My friends kept bugging me to say something — to just tell a teacher. I remember that we had a substitute teacher that day, who my friends and I called Ms. Cockroach.

I remember her being on her cellphone. We were supposed to be watching a movie. You know kids can never really concentrate once it’s the end of the day and they’ve been outside the school building.

“Stop turning a blind eye to oppression and use that privilege to uplift others.”

I’ve been suppressing how I feel for so long that even as I write this, I’m worried about upsetting someone. As I write this, instead of having a feeling of relief, I feel uneasy. What if I upset someone I care about? But I’ve realized that this is something I need.

What I need is for people to see what I’ve been through — what I’m going through. Not seeing color is not an option, not when my experience in this world is not equal to yours. Take advantage of the privilege that you were born with. Don’t waste it. Stop turning a blind eye to oppression and use that privilege to uplift others.

My ancestors were slaves. I will never know where I came from because my ancestors were bought and sold and raped and beaten and worked to death. This country was built on the backs of my people, and I don’t even know who those people are. There are no records of them. That was taken from me. What will not be taken from me is my voice. I’ve been scared for too long. I’ve held my tongue for too long.

You might be feeling uncomfortable right now, and maybe you should be. There might be a flash of memories or instances, conversations or encounters before your eyes. There might be someone you want to text, just to make sure. You don’t have to. No one needs your apology. We just need you to do better.