Everything you need to know about the SGA presidential candidates

Missed the debate? We’ve got you covered with a rundown of the candidates and their platforms. 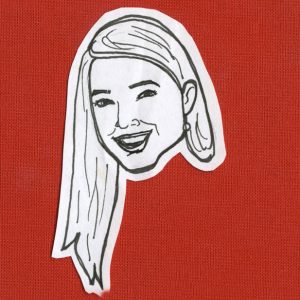 Andi Dahmer is a Fisherville sophomore running for SGA president. She is an economics, Spanish, international affairs and Asian religions and cultures major who currently serves on SGA as the committee chair for MyCampusToo, which advocates for diversity and inclusion on campus. She has served four semesters in SGA.

Savannah Molyneaux is a Louisville sophomore running on Dahmer’s ticket for executive vice president. She is an English literature and political science major with a concentration in pre-law. She has also served four semesters in SGA and currently serves on SGA as the sustainability committee chair. Together, she and Dahmer have worked on 21 pieces of legislation.

Kara Lowry is a LaGrange sophomore running unopposed on Dahmer’s ticket for administrative vice president. She is a biology major with chemistry and political science minors. She has served four semesters in SGA and is currently SGA secretary. 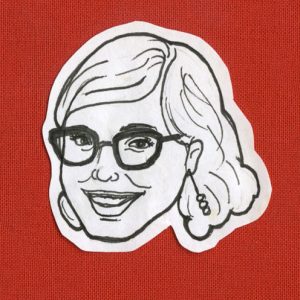 Lily Nellans is a junior from Des Moines, Iowa running for SGA president. She is a philosophy and international conflict studies major and a minor in citizenship and social justice who is currently serving her first semester as an SGA senator. She is a member of the WKU forensics team and the director of organizing for the Coalition of Social Justice.

Brian Anderson is a sophomore from Hodgenville running for executive vice president on Nellans’ ticket. He is an economics, international affairs and Asian religions and cultures major who currently serves as research chair of SGA. He is also a forensics team member. 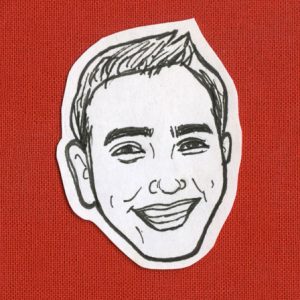 Kenan Mujkanovic is a freshman from Bowling Green running for SGA president. He is a biology and political science major and a legal studies minor. He is serving his first semester as SGA president and is the founder and CEO of the Young Visionaries Foundation, a nonprofit he started at age 16 which encourages young people in Bowling Green to volunteer in their communities.

What are their stances?

Here are just a few highlights of the candidate’s platforms on some of the most pressing issues facing WKU right now.

– Dahmer and Molyneaux cited their history of lobbying at the statewide level and said they plan to work as an organization to continue these efforts.

– Nellans said that since there are already impending cuts for the next year, her priority would be to ensure that the burden of these cuts does not fall on the shoulders of students.

Mujkanovic said he would advocate for a cap on tuition rises as state budget cuts become more of an issue.

– Molyneaux cited her initiatives as current SGA sustainability chair to eliminate styrofoam containers on campus and decrease the amount of printing on campus.

– Anderson said he would like to work toward installing solar panels so that WKU could produce its own renewable energy.

– Mujkanovic said he would advocate for a greenhouse to provide fresh, healthy options for the campus food pantry. Both Anderson and Molyneaux rebutted and said WKU already owns and operates several greenhouses.

– Nellans said she would tackle this issue by “promoting a campus-wide feeling of safety and inclusion,” rather than grouping international students as a separate body of students.

– Mujkanovic said he would continue to embrace the cultures of international students by promoting and celebrating international holidays to promote cultural understanding. He cited the recent Holi Festival hosted by the Indian Student Association as an example.

4. Reaching out to conservative students

– Molyneaux said SGA is “all about crafting legislation that benefits the student body” regardless of political affiliation. Dahmer said, “All of the legislation we’ve drafted has come about organically.”

– Anderson cited the mock debate he and Nellans participated in last fall in which Nellans pretended to be Hillary Clinton and Anderson pretended to be Donald Trump. Despite the fact that they’re both “staunch democrats,” he said, they were able to put those partisan biases aside to “talk about issues that really matter.” Nellans said platforms such as lowering tuition and fees and making campus safer are issues that do not fall along party lines.

– Mujkanovic said he would reach out to student organizations to encourage meeting attendance and general awareness of SGA.

– Dahmer and Molyneaux said the biggest issue facing WKU students is retention, citing her experience attending the Kentucky Leadership Academy, a program which hosts a series of events to build and reinforce leadership skills.

– Nellans said she believes campus administration “does not work for marginalized students.” She cited the Honors College’s lack of diversity and the unpreparedness of campus police to deal with racial hate crimes and sexual assault on campus.

Why should you care?

So, what does the SGA executive branch do exactly and why should you care?

The SGA president serves as the official student representative on the Board of Regents and is the only member chosen by students. Six of the 11 members are chosen by the governor and the remaining four are faculty and staff representatives elected by their peers.

Other duties of the president include establishing special committees, making judicial council and senate appointments with senate approval and acting as a voting member of the executive cabinet.

Much like a treasurer, the administrative vice president is responsible for all the financial affairs of SGA, which includes making financial reports and establishing SGA’s annual budget.

Kara Lowry is running unopposed for this position.

In short, these are some of the most important student positions at WKU. To have your voice heard, vote April 17 and 18 on TopNet.