In 1989, the New York Times published an opinion piece titled “Why Hide Rapes?” by Geneva Overhosler. Overhosler, an editor at the Des Moines Register, argued against a common law in the ethics of journalism: the withholding of the names of sexual violence victims.

Overhosler called rape an “American shame,” and argued that “as long as rape is deemed unspeakable, the public outrage will be muted.”

If you’ve been sexually harassed or assaulted write ‘me too’ as a reply to this tweet. pic.twitter.com/k2oeCiUf9n

In response to an Oct. 5 2017 New York Times article detailing eight sexual assault and harassment allegations against Harvey Weinstein, actress Alyssa Milano posted a tweet asking women to reply “me too” if they had been sexually harassed or assaulted. Talisman writer Jessica Voorhees previously reported on this trend.

With the hashtag, women shared their experiences with friends, family, and strangers. The movement pushes against the same anonymity Geneva Hosler opposed and encourages survivors to speak the unspeakable.

This project is inspired by both movements. For survivors, I hope that this project illustrates the control you have over your story. I hope you feel the power in your voice and the solidarity of women everywhere as we say “me, too.”

For the rest, I hope that you consider the personalities and lives affected by sexual violence and misbehavior. 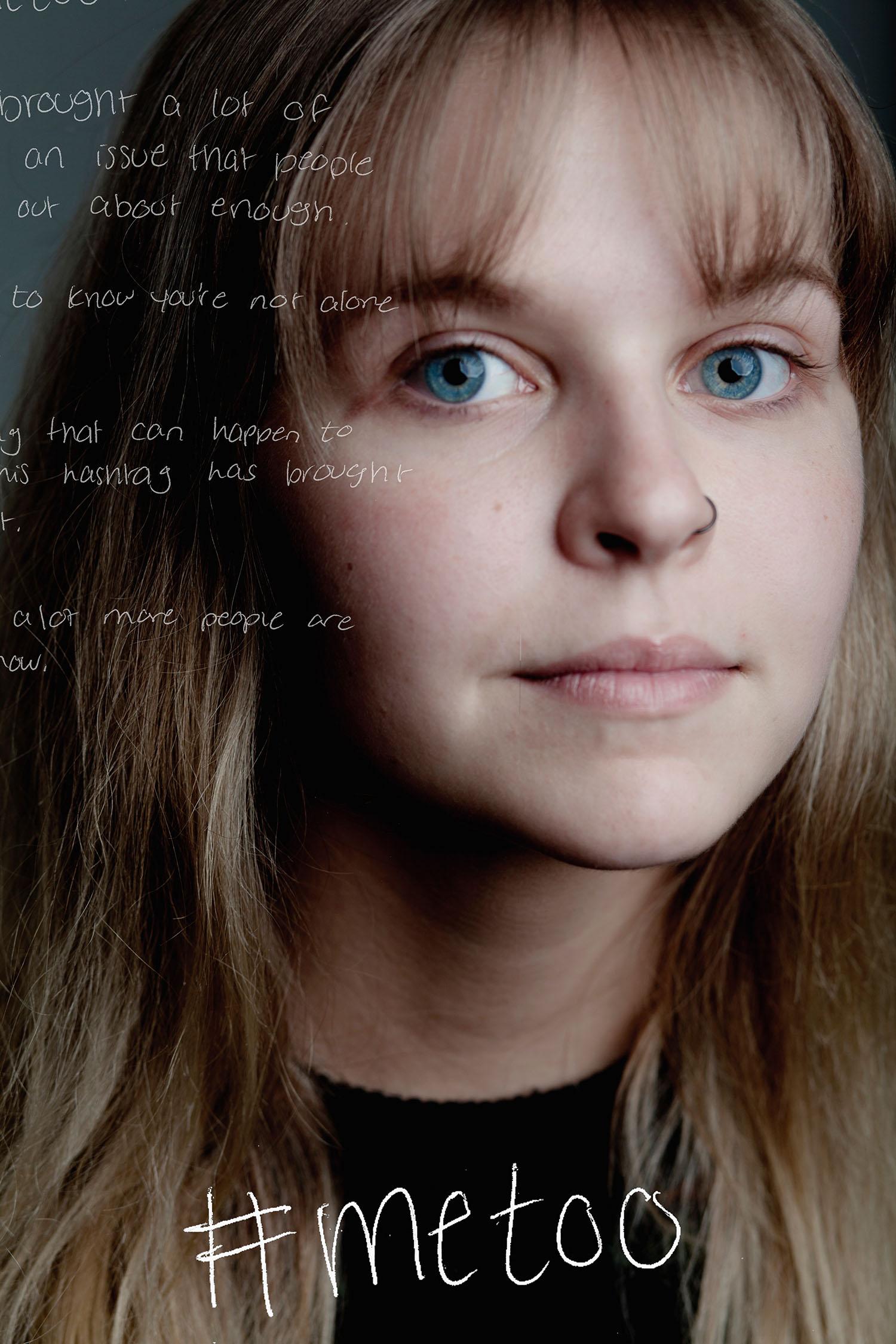 “This has brought a lot of attention to an issue that people don’t speak out about enough. It’s nice to know that you are not alone in this. It’s something that can happen to anyone and this hashtag has brought light to that. I think a lot more people are aware now.” 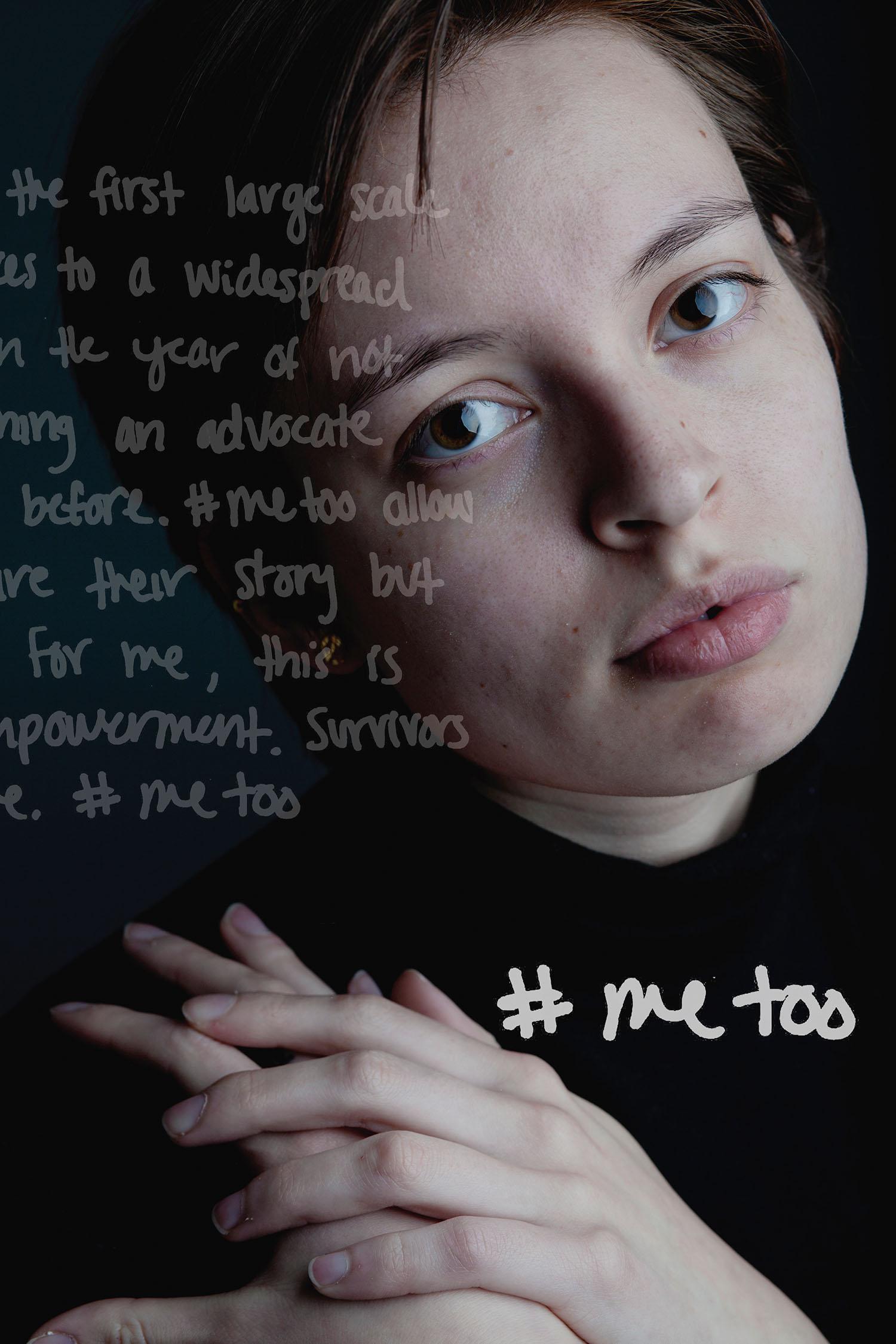 “The #metoo movement is the first large-scale project that has truly put faces to a widespread epidemic. 2017 has been the year of not taking bullshit and for becoming an advocate even if you haven’t been before. #metoo allows survivors to not only share their story but feel a little less alone.” 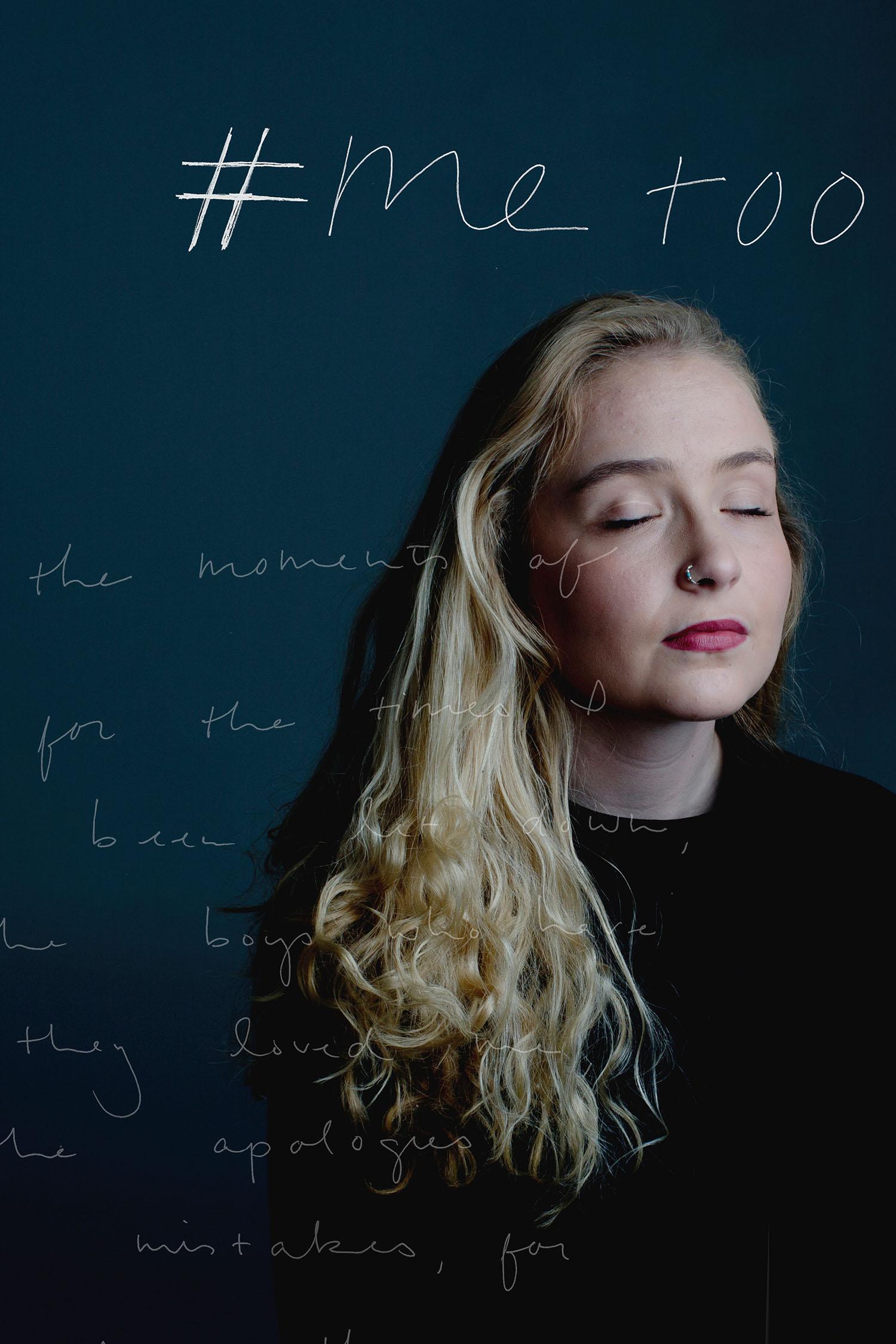 “For moments of fear,

for the times I have been let down,

for the boys who have said they loved me,

for the apologies without mistakes,

for every woman who never ever deserved it.” 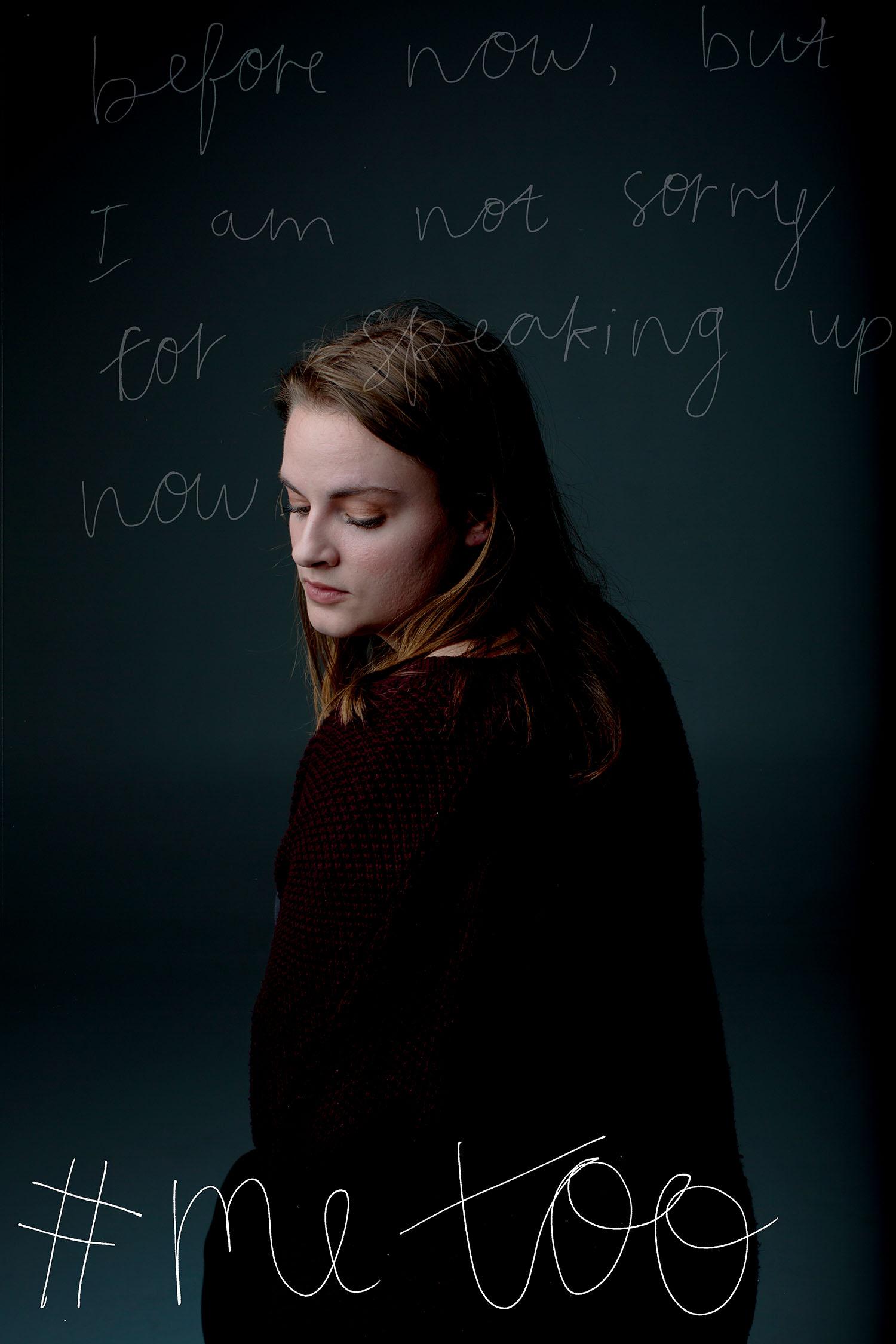 “I am sorry that I never said anything before, but I am not sorry for speaking up now.” 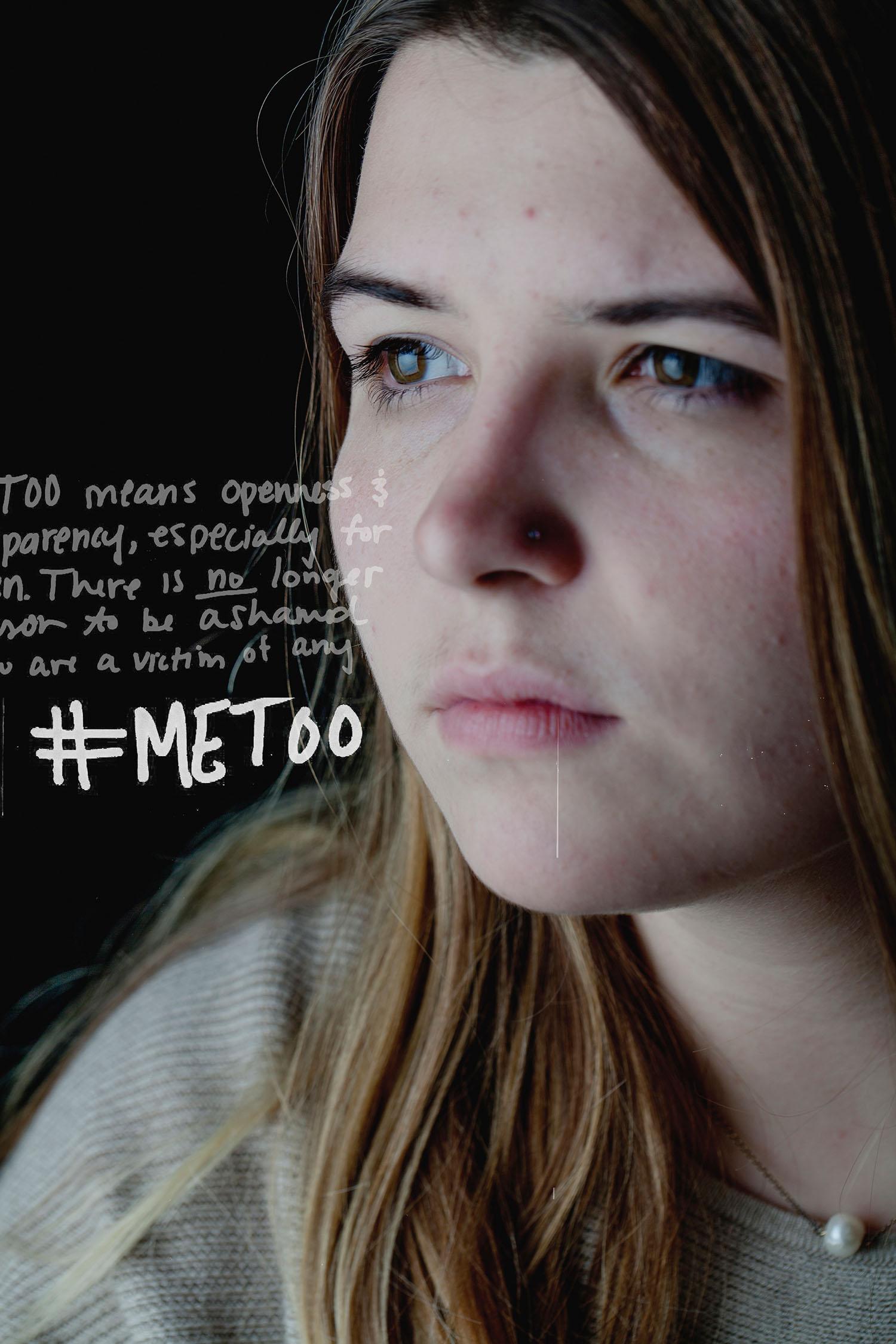 “#metoo means openness and transparency, especially for women. There is no longer reason to be ashamed if you are a victim of any form.” 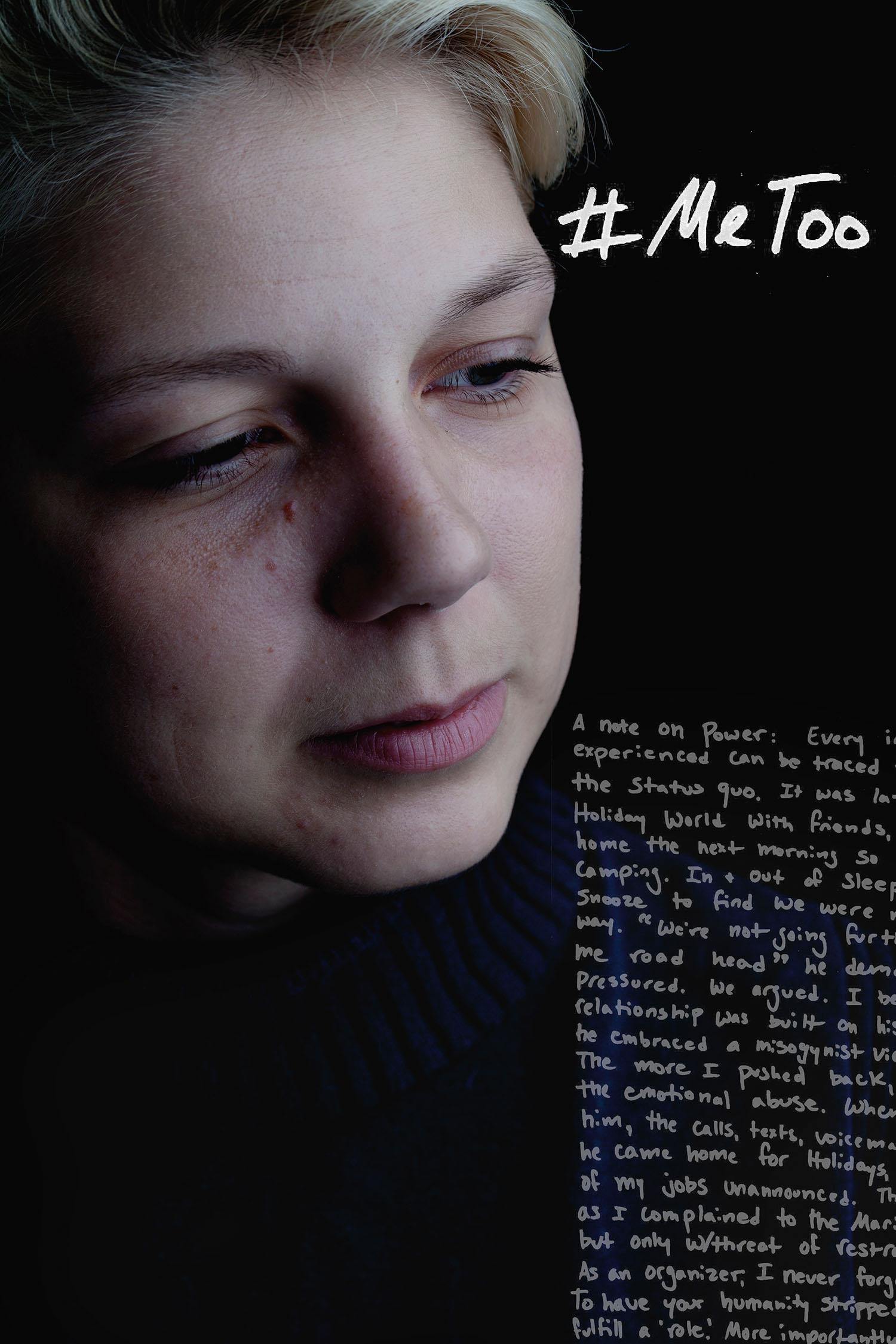 “A note on power: Every instance I’ve experienced can be traced to the preservation of the status quo. It was late, we had been at Holiday World with friends, but had to be back home the next morning so we didn’t join for camping. In and out of sleep, I eased out of a snooze to find we were no longer on the highway. ‘We’re not going further unless you give me road head,’ he demanded. I denied. He pressured. We argued. I began to realize the relationship was built on power. A Marine, he embraced a misogynist view that preserved ego. The more I pushed back, the more frequent the emotional abuse. When I broke up with him, the calls, texts, and voicemails didn’t stop. When he came home for holidays, he showed up at both of my jobs unannounced. Things got quiet as soon as I complained to the Marine Recruitment Office, but only with threat of a restraining order. As an organizer, I never forget that experience. To have your humanity stripped to appease an ego, fulfill a ‘role.’ More importantly, I see the value in naming injustice, as erasure of oppression preserves it. So we speak up, build community, and reform together.”