The third annual Bowling Green Pride Festival took place Saturday, Oct. 5 at Circus Square Park in the heart of Bowling Green. People from across the region joined for a day of celebration and community for LGBTQ+ pride. 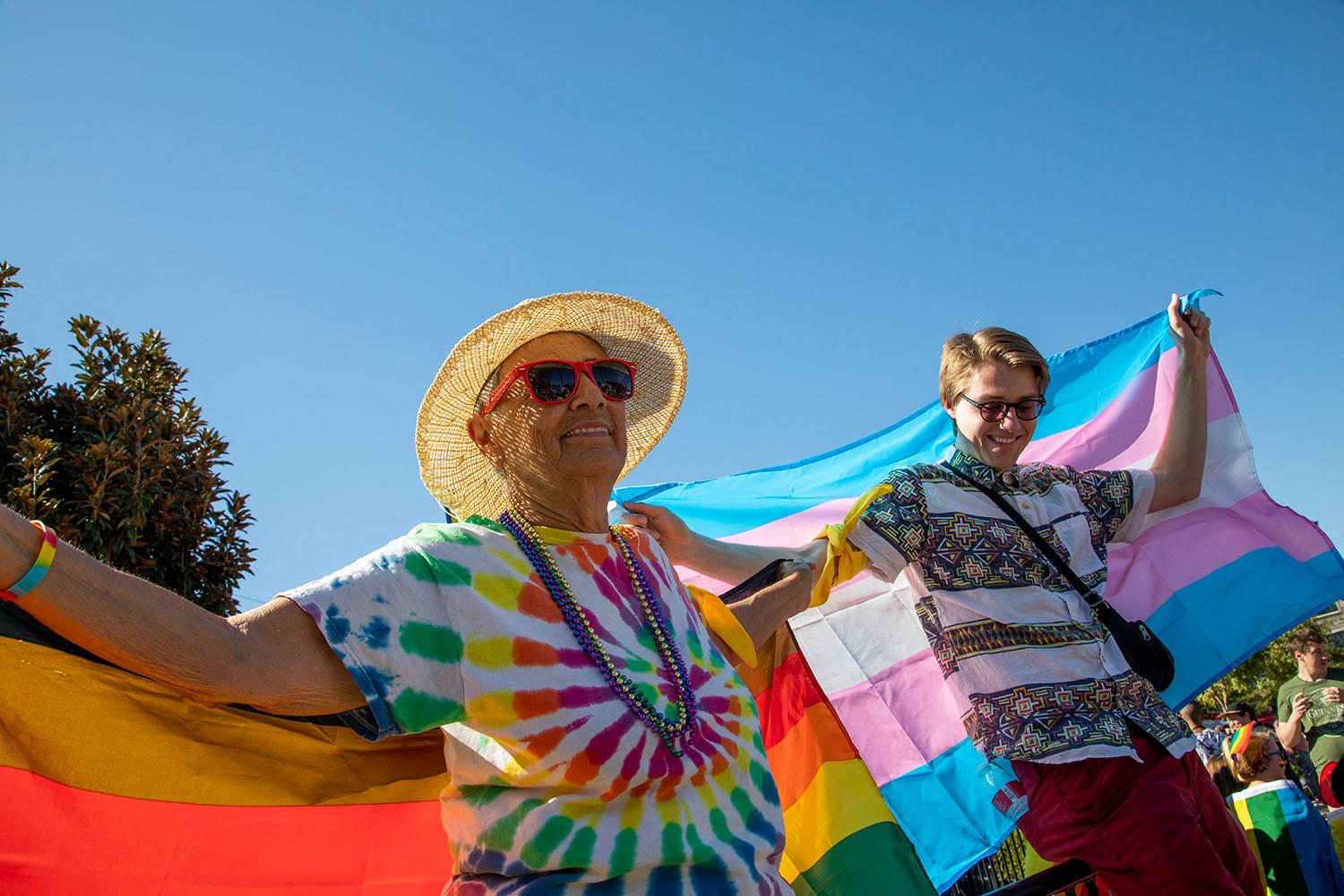 Rev. Deane Oliva, the affiliate minister at Unitarian Universalist Church of Bowling Green, stands with other LGBTQ+ supporters holding up flags to try and block out protesters speaking to a crowd with a large overhead speaker. “The Pride group is doing a good job ignoring because that’s all you can do — ignore,” Oliva said. 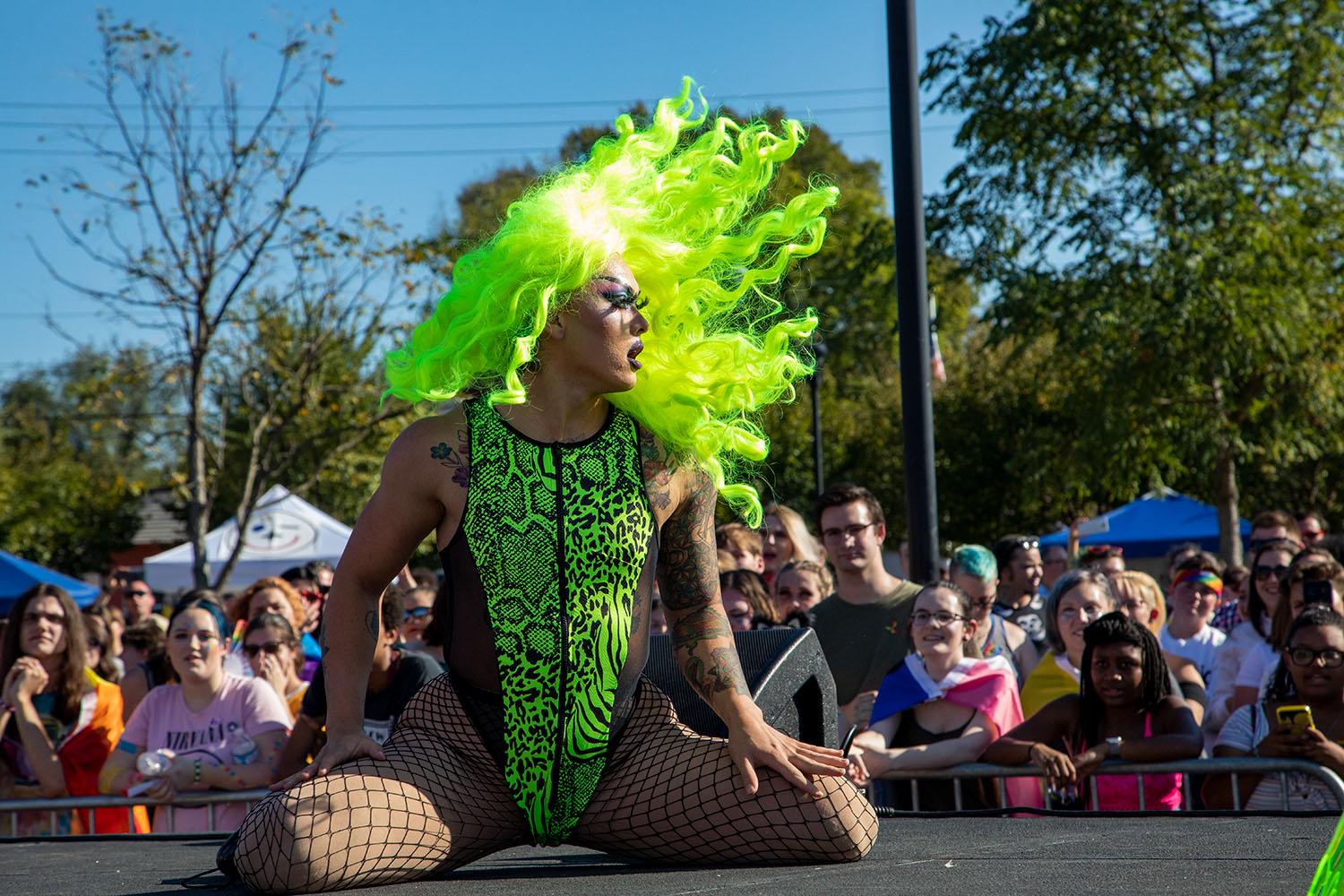 Colby Wicker, also known by the drag queen name Spectra Cosmos, performs at Bowling Green Pride Festival Saturday, Oct. 5 at Circus Square Park in downtown Bowling Green. “I have never practiced or rehearsed it — just kind of happens,” Wicker said. “I just get up there and own it on stage as the music goes.” 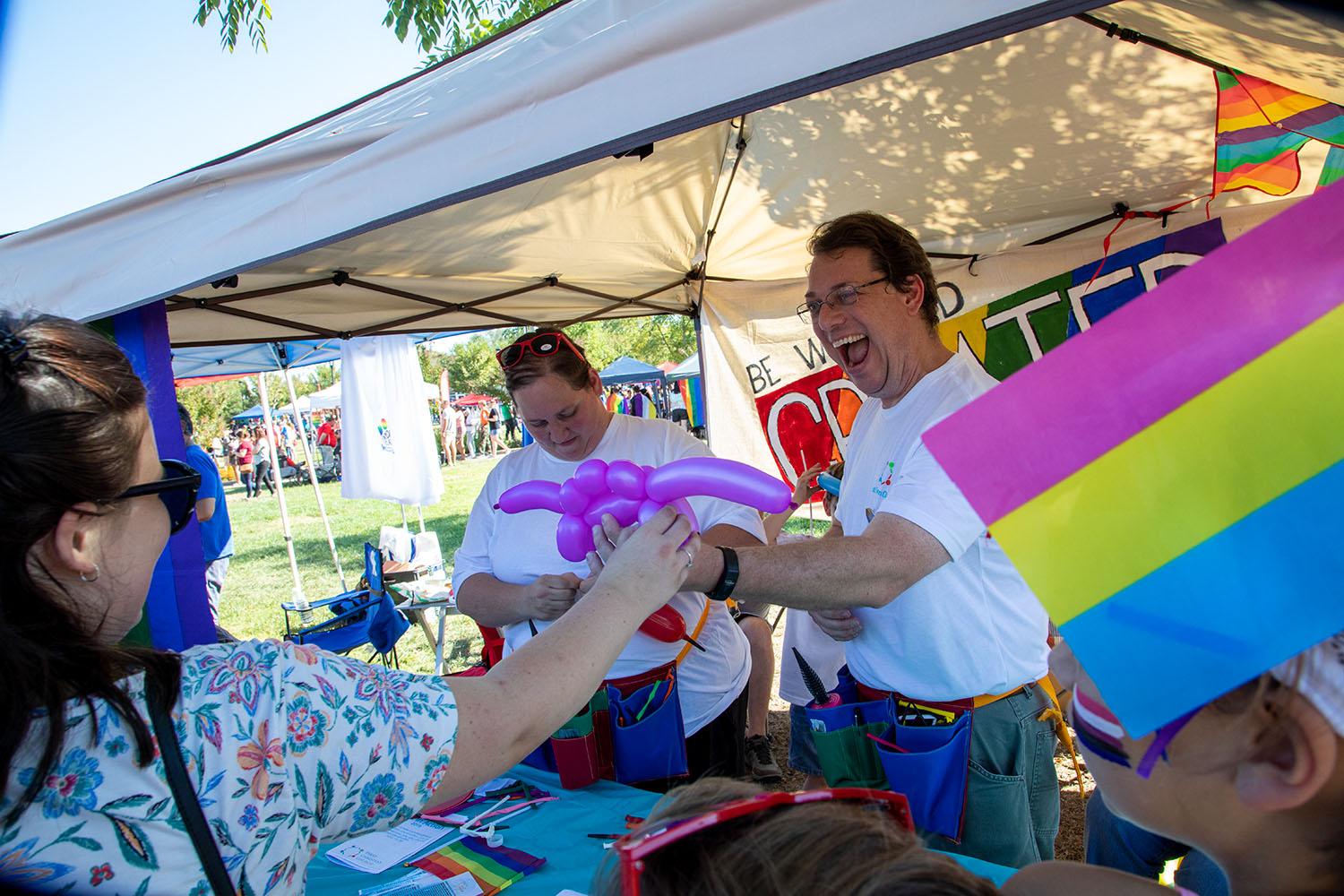 Community members of First Christian Church give out balloon animals to kids and promote their church organization to support the LGBTQ+ community in Bowling Green. 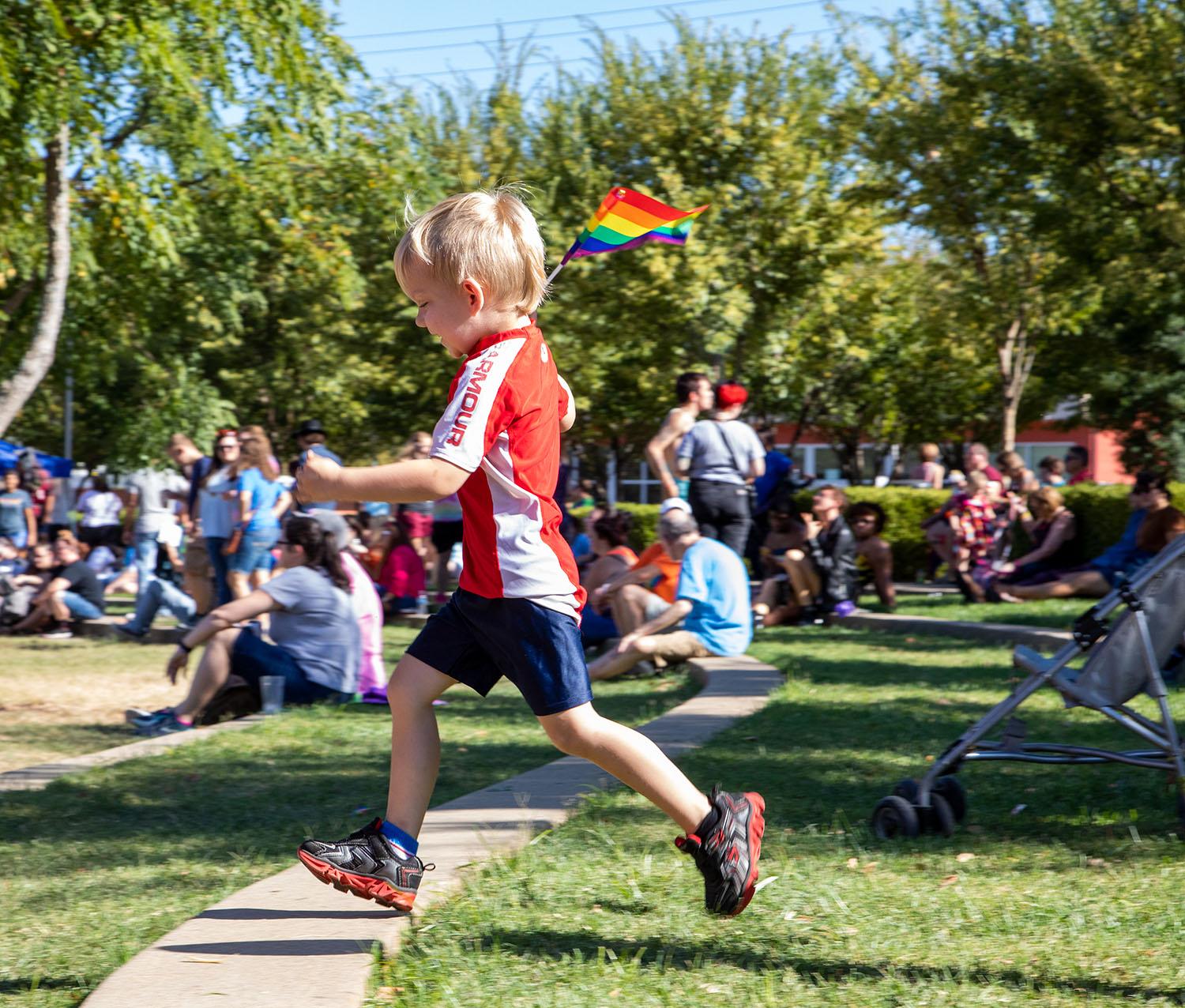 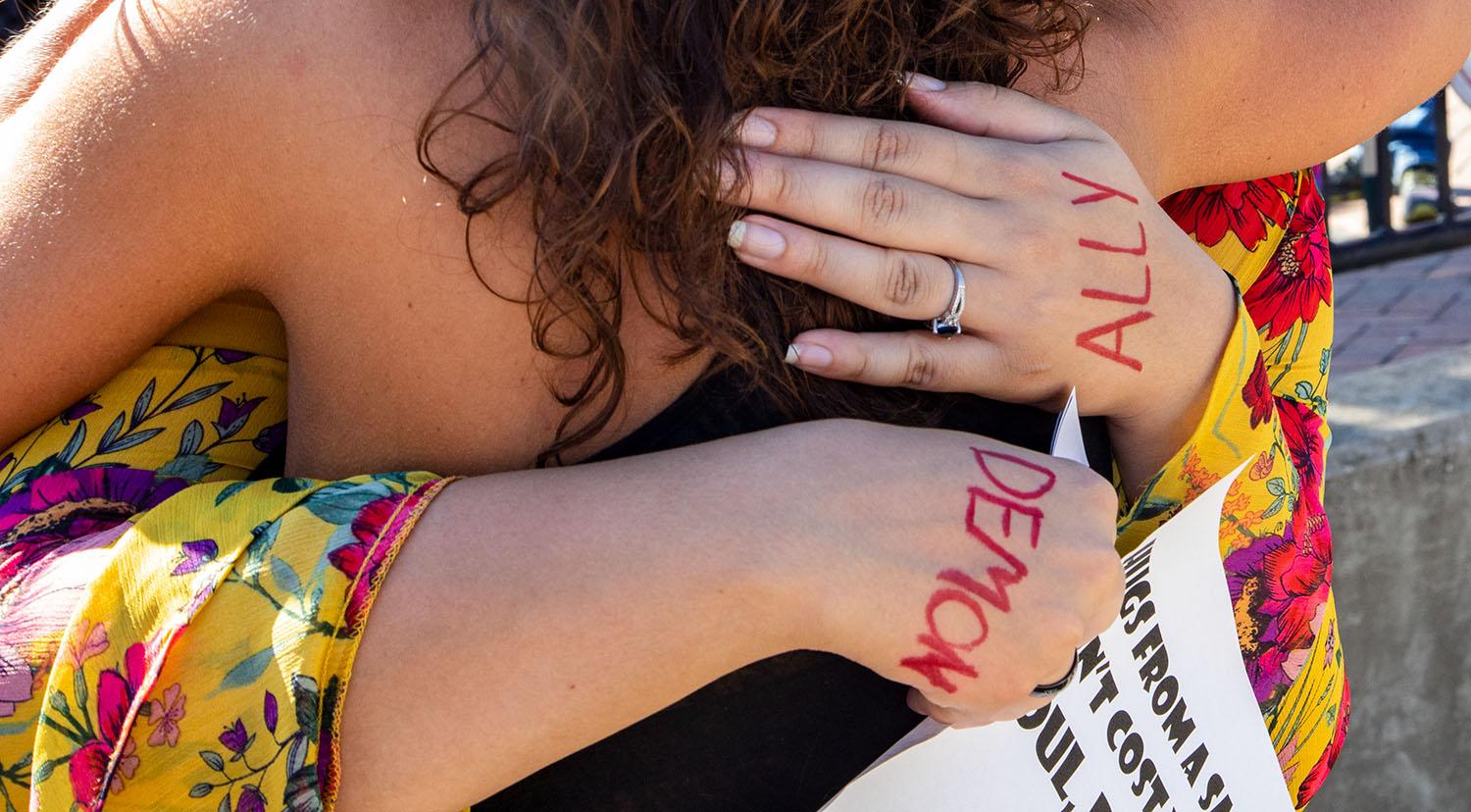 Members of the LGBTQ+ community, who are blocking and facing away from the protesters, give out hugs to people as they pass by. One of the protesters shouts to the crowd, “You all will burn in hell.” 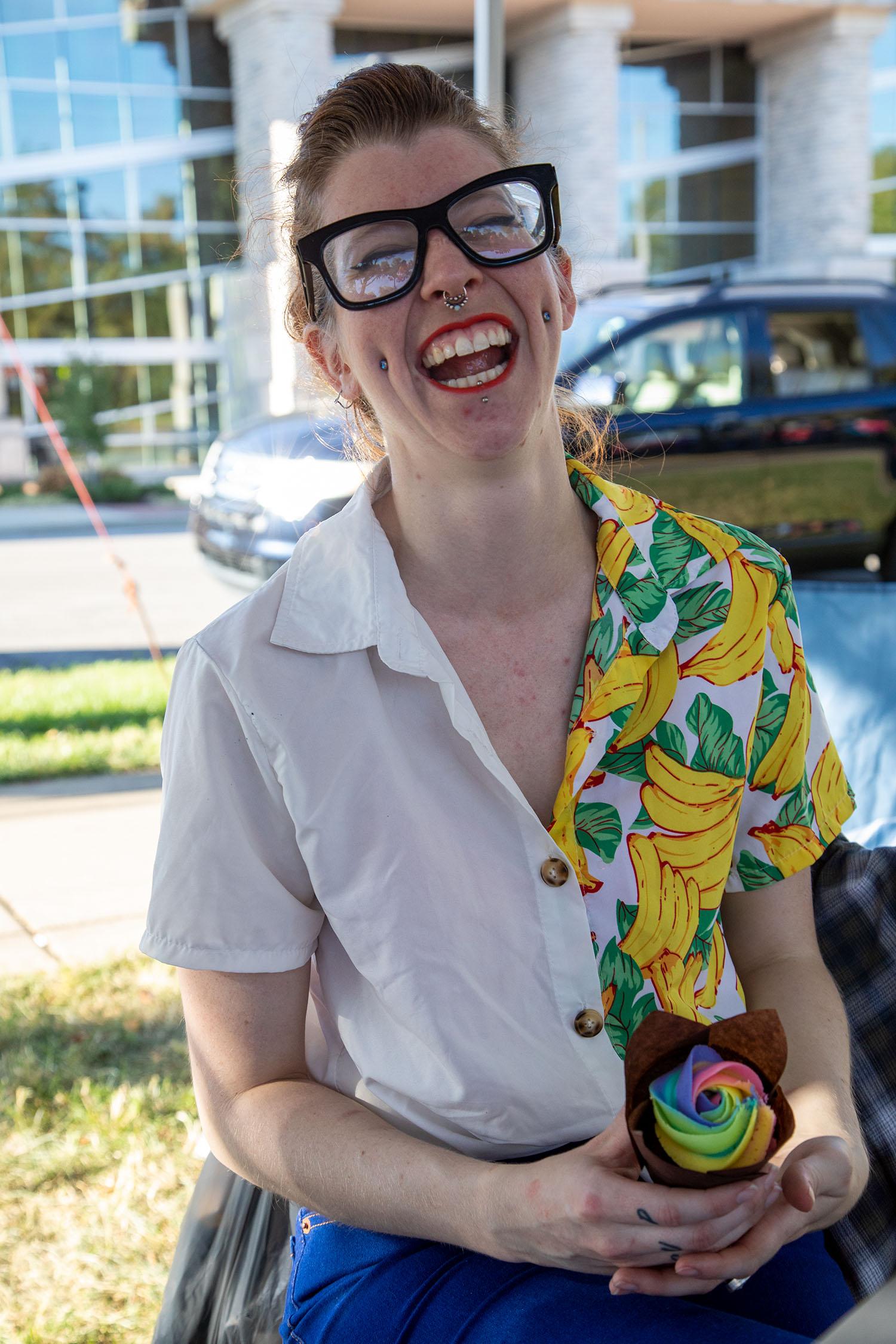 Alison Taylor, owner of Little Fox Bakery, has had a booth up at each Pride Festival since the first one in 2017, before she opened up her shop a little over a year ago. “I’m happy to be here at Pride from the beginning,” Taylor said. 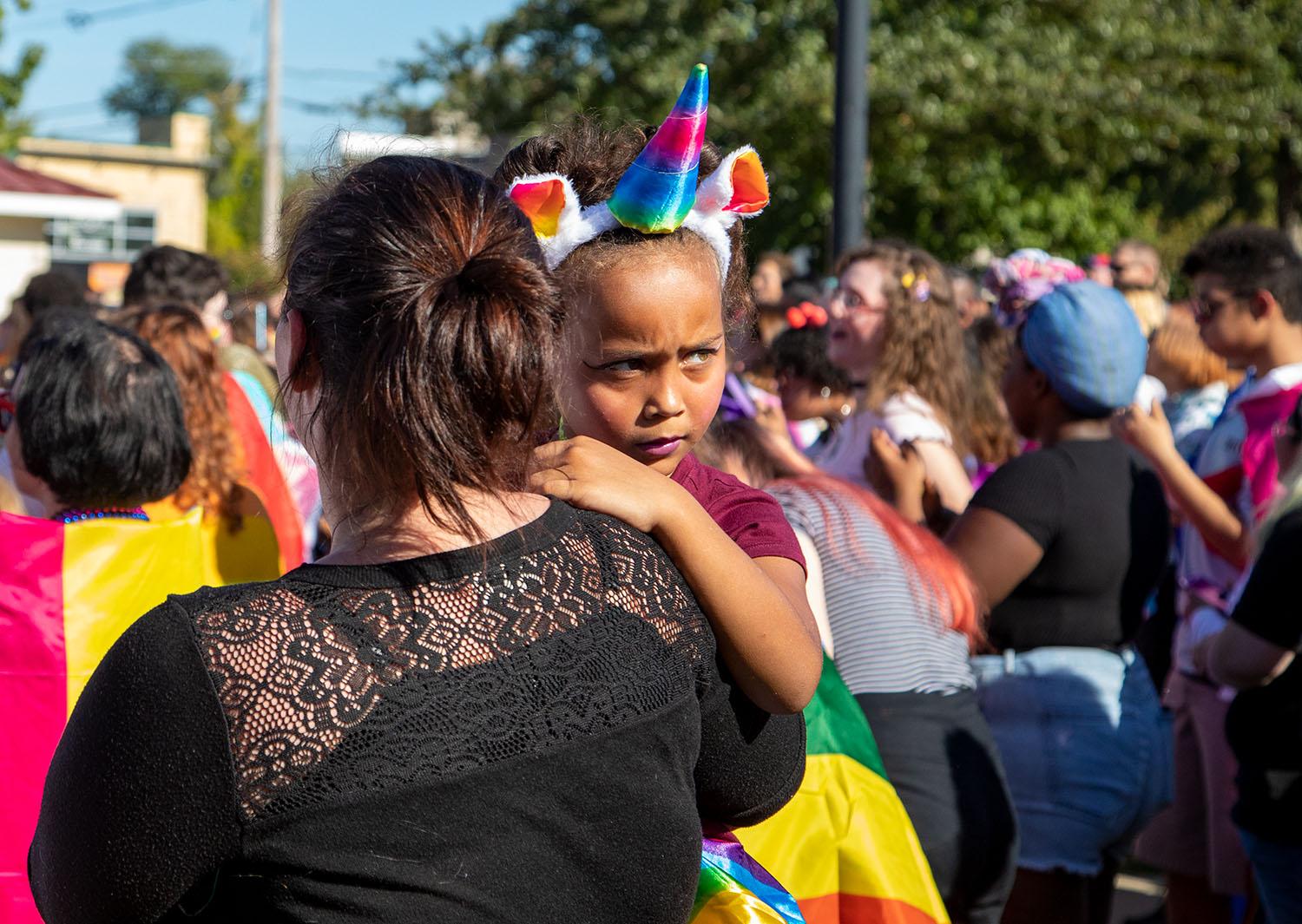 A mother and daughter stand in the crowd to watch Colby Wicker’s, also known as Spectra Cosmos, drag performance. 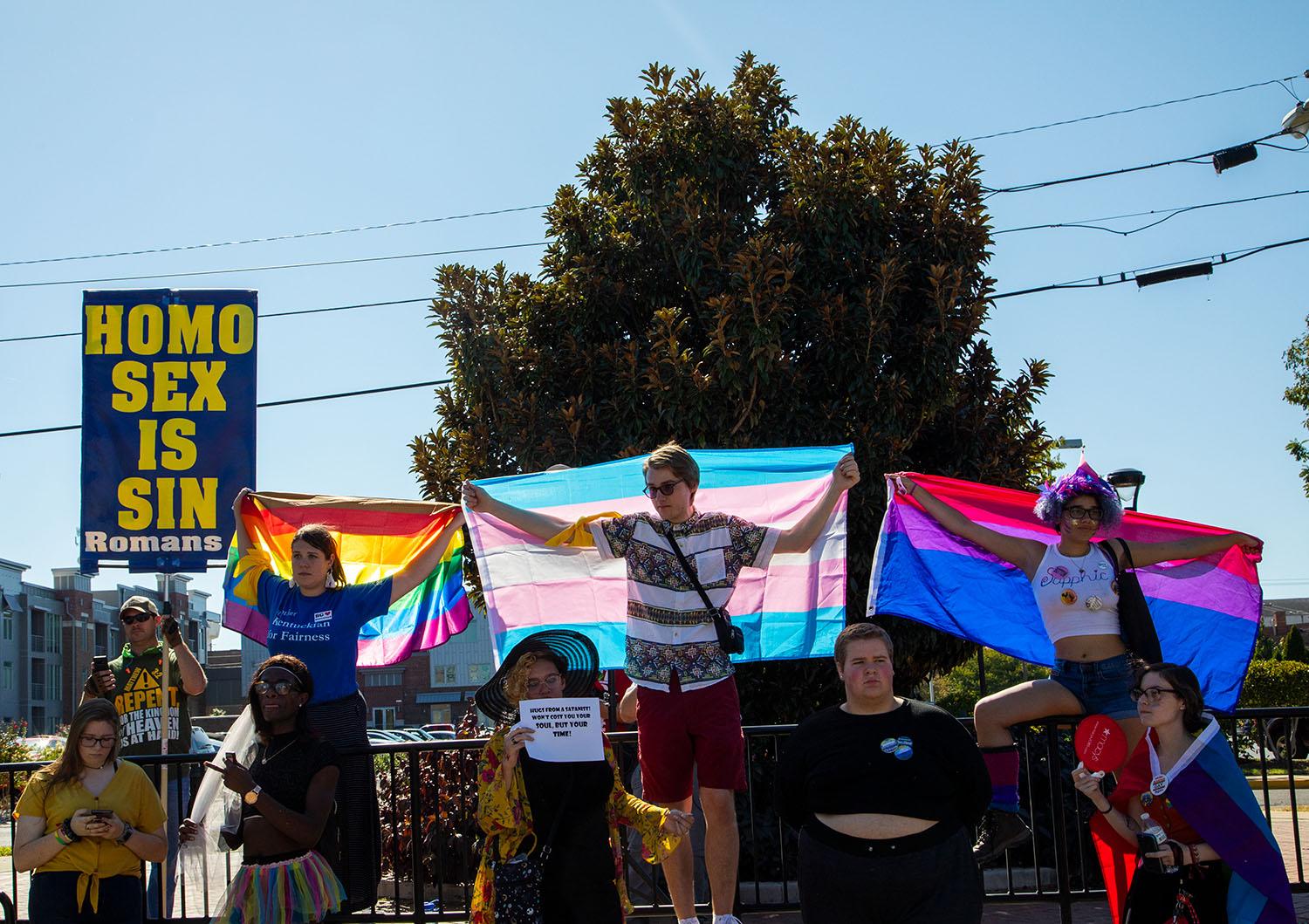 LGBTQ+ members, supporters and allies hold up flags to block out protesters, who were using large megaphones to speak out religious scripture. “It’s best to choose to not argue with those that are committed to misunderstanding you,” Wicker said, who was performing as a drag queen, Spectra Cosmos. “So often times when we hear them we want to engage, but the best thing you can do is make a laugh of it because they are there to push your buttons, and so I have a laugh about it. They’re giving me attention, bitch, I’m famous.” 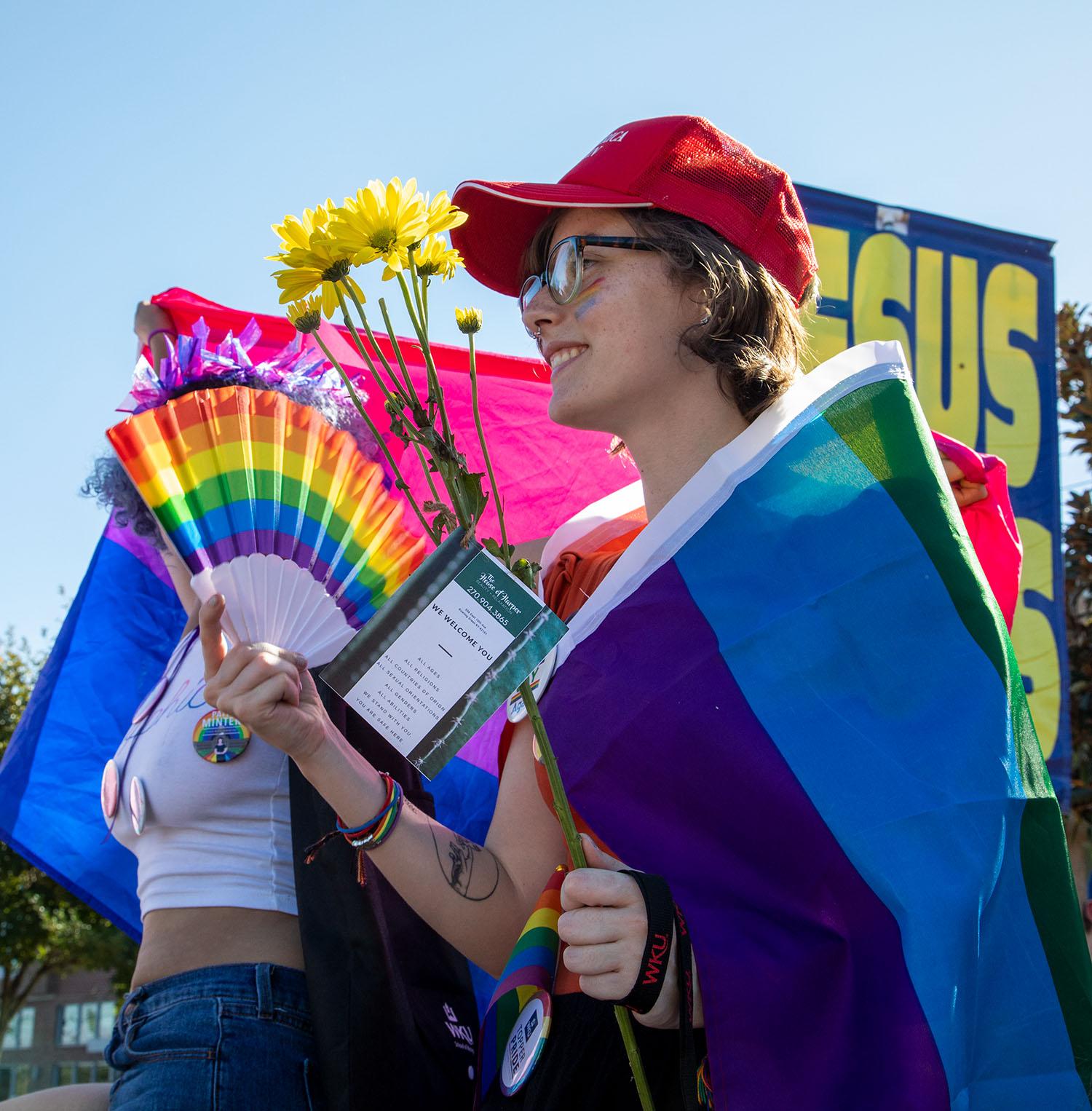 Jordan Gardner stands with her back against a railing to block out protesters at Pride in downtown Bowling Green at Circus Square Park. She gives hugs to other supporting members of the LGBTQ+ community. 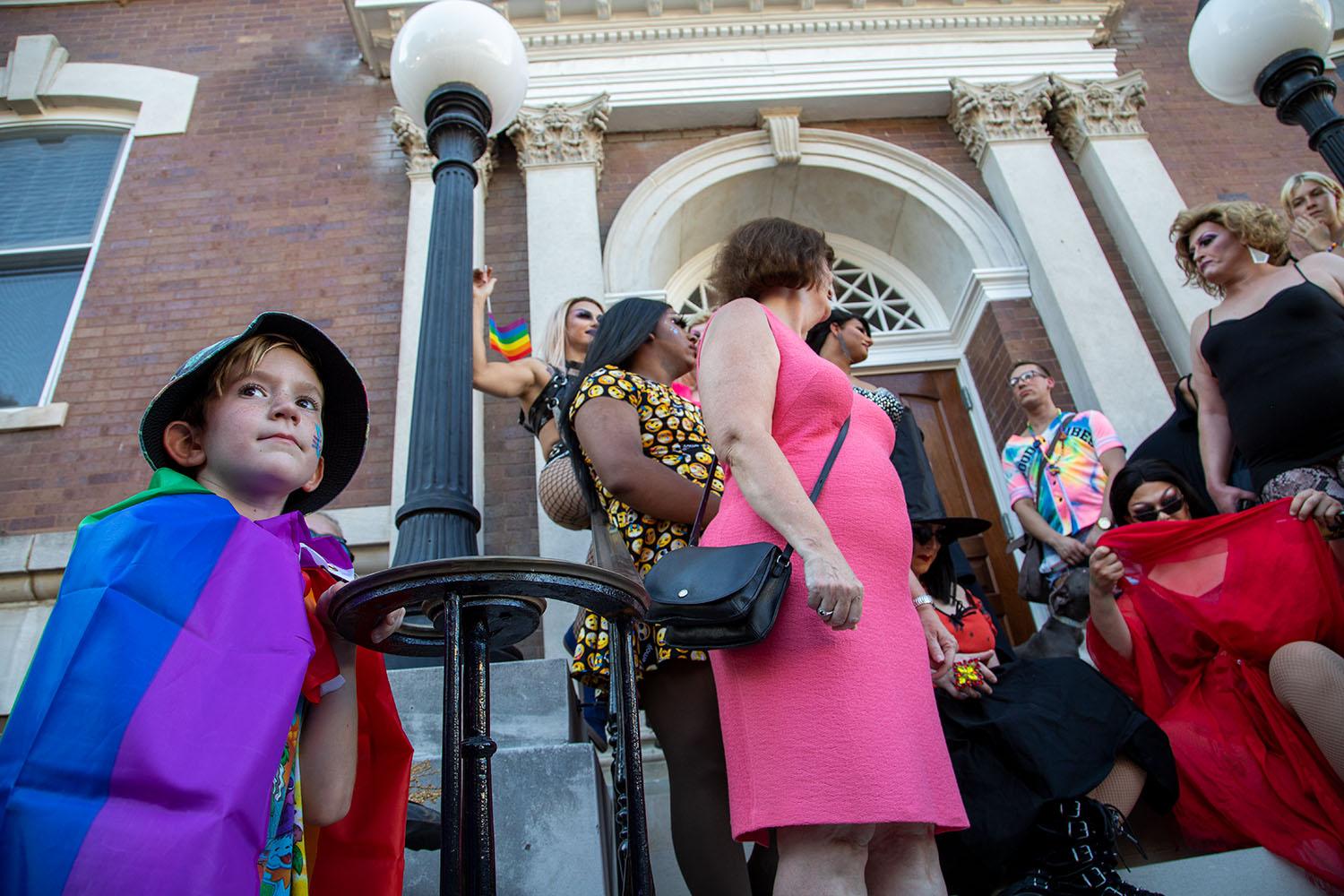 A little boy waits patiently to hear from State Representative Patti Minter and City Commissioner Brian “Slim” Nash to speak in front of Bowling Green City Hall. There was a crowd of LGBTQ+ members waiting to hear from them. 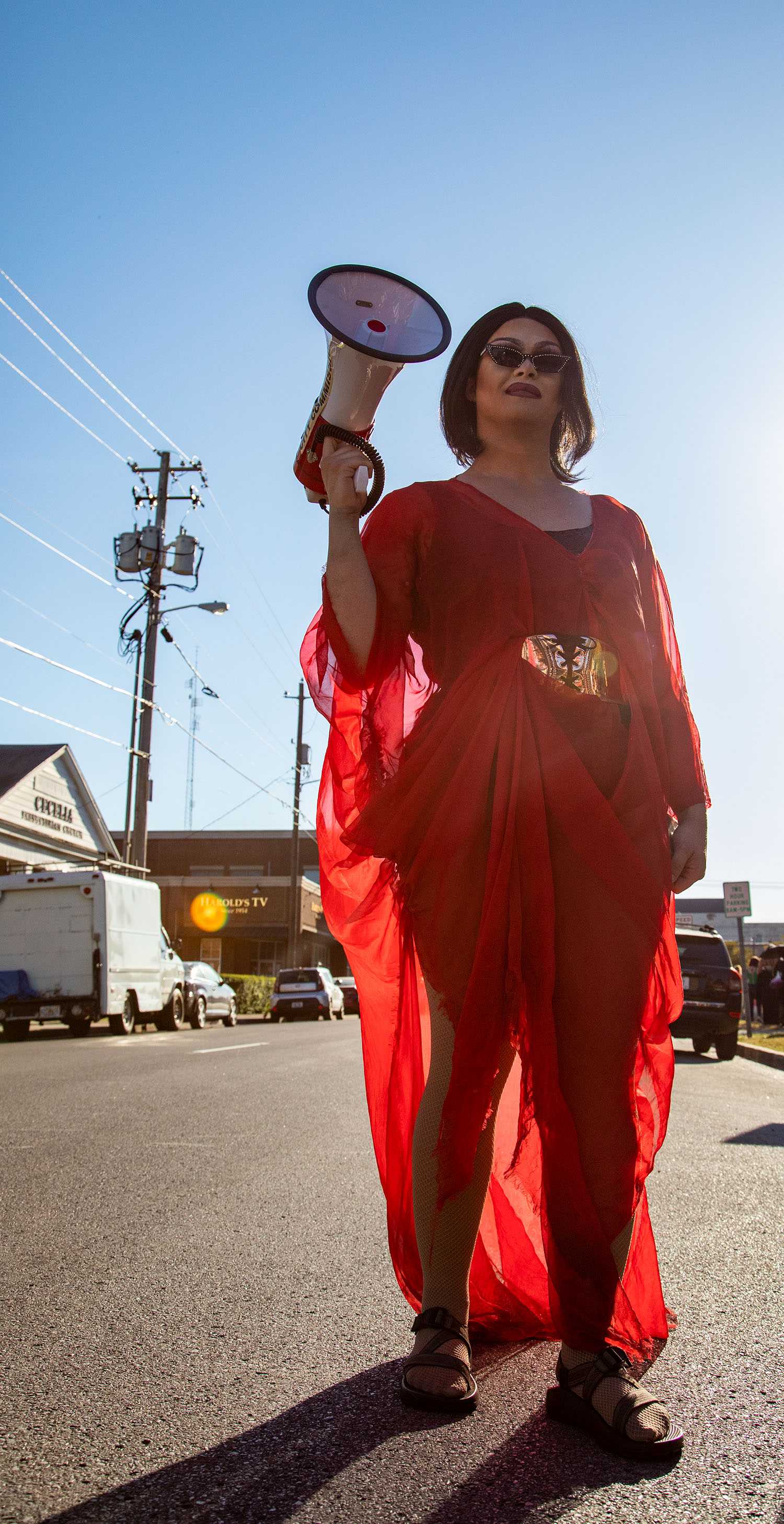 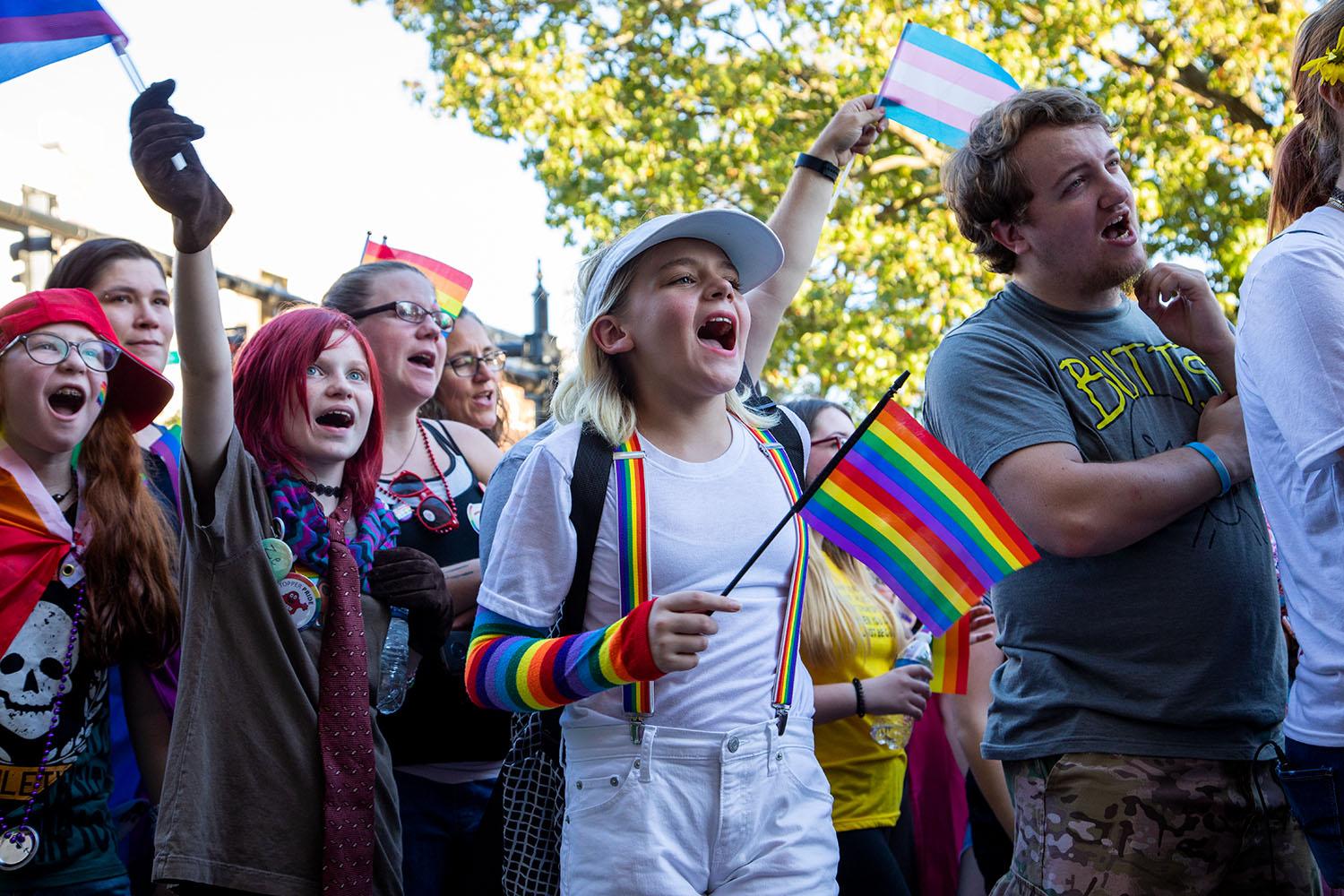 Children stand and listen to Bowling Green State Representative Patti Minter and Bowling Green City Commissioner Brian “Slim” Nash and yell out, “We want fairness! When do we want it? Now!”