This semester, Bruce Schulte mastered the ultimate juggling act: biology professor, department head, theatre major and assistant director for “Much Ado About Nothing.”

Schulte became the head of the biology department in 2009 and teaches graduate and undergraduate classes in behavioral science, environmental science and ecology.

However, science isn’t Schulte’s only passion. Growing up, theater was an important part of his life. He participated in theater in high school, and his family was heavily involved in the arts. Because of this passion for theater, he decided to attend classes at WKU to further improve his skills.

“Directing is almost like creating a painting,” he said. “You want people to wrap up in the story. If it really works, you don’t feel like a director.”

Schulte said he believes theater and science share many similarities.

“There is a lot of creativity in science, and so much of science is an art form,” Schulte said. “They are attached at the hip. Pretending like they are not does a disservice to both fields.”

Although Schulte said his involvement with theater does not interfere with his teaching, he still has to make adjustments to his schedule to accommodate his numerous obligations. 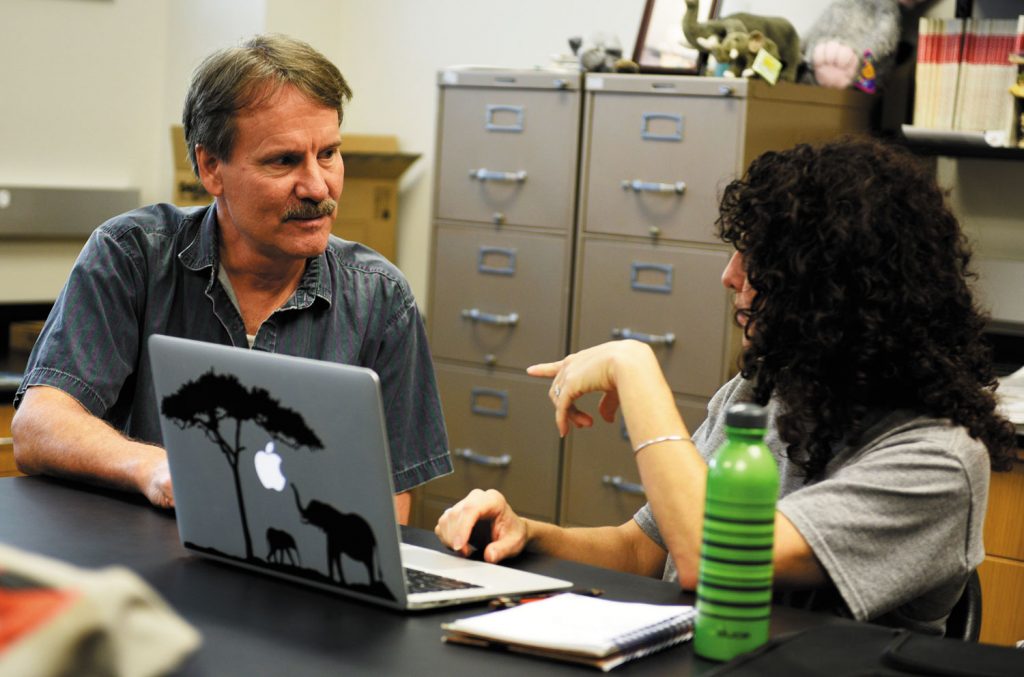 “When I take a regular class, I make up for the time missed from work by starting my day earlier or ending it later, and I do homework [at] night,” Schulte said.

He said he only takes one class each semester, opting for lecture-based courses with physical homework.

“It’s a mental break from working on a computer all day,” Schulte said.

Because of his doctorate degree, he was able to skip the general education courses. His employment with WKU also allows him to take courses for free.

“Initially, students probably assume I’m some random guy off the street,” Schulte said, laughing. “But now I’ve been around a while, so word travels.”

In addition to being a theater major, biology professor and department head, Schulte was one of two assistant directors for the production of “Much Ado About Nothing.” Schulte asked the director, professor David Young, about helping with the show. He took the position for class credit.

“It was highly educational to witness how Dr. Young combined everything into such an enjoyable show,” Schulte said.

The rehearsal schedule for the production was rigorous, with practices lasting from 7:30 to 10:30 p.m. five to six days a week.

Along with Olivia Jacobs, the show’s other assistant director, Schulte helped direct two scenes from the show, provided directorial notes and gave input on technical aspects of the show’s thematic presentation. 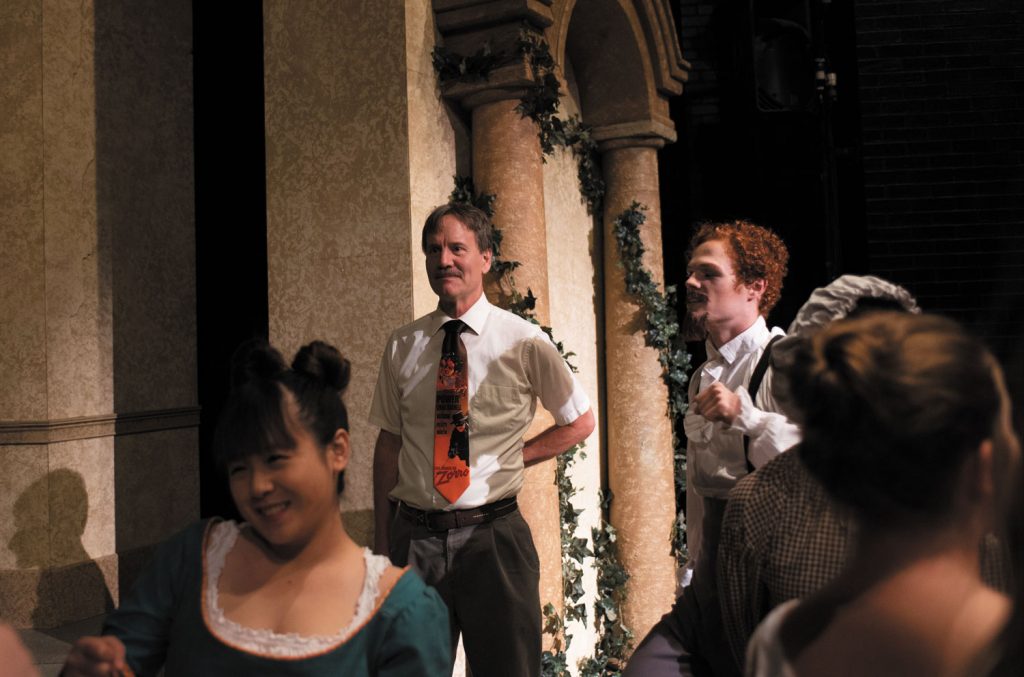 “Dr. Young was very good about discussing his vision of the show with us, and he valued our inputs,” Schulte said.

Clarkesville junior Hugh Poland, who played Claudio in “Much Ado About Nothing,” worked with Schulte at the Phoenix Theater last spring on a show called “Vanya and Sonia and Masha and Spike.” In the show, Schulte played Vanya and Poland played Spike, two titular characters. Poland described Schulte as a “man of many talents.”

“I had no idea that he was the head of the biology department,” Poland said. “That’s awesome. It’s different.”

Louisville sophomore Travis Ryan, who played Dogberry in “Much Ado About Nothing” worked with Schulte for the first time in the show. Ryan was in one of the two scenes Schulte directed for the show.

“Bruce is a really cool guy,” Ryan said. “He’s very nice, fun to work with and he brings great ideas to the table.”

Prior to becoming an assistant director, Schulte took acting and directing courses. Young is his academic advisor and was his professor for a directing class.

“Even though he’s busy with his other duties and assignments, he never shirks off,” Young said. “He toughs it out. It was nice having him work on the show.”

Because there isn’t a master’s program at WKU for theatre majors, Schulte said it is “logistically difficult” to continue studying theater beyond a bachelor’s degree. Despite this speed bump, he plans to continue directing.

“I would definitely want to prove myself and do more student-directed shows and one-act plays,” Schulte said.