Growing up with two moms

My moms have been together for 28 years but married for only four. In 2015, we were in Orlando, Florida, on a trip as a family at Walt Disney World Resort. My parents decided that, while we were in Florida, we needed to go to the courthouse since gay marriage was legal in Florida. One morning, we made our way to the courthouse, and they got married in a small room lined with empty, plastic white wedding chairs and an arch at the end. 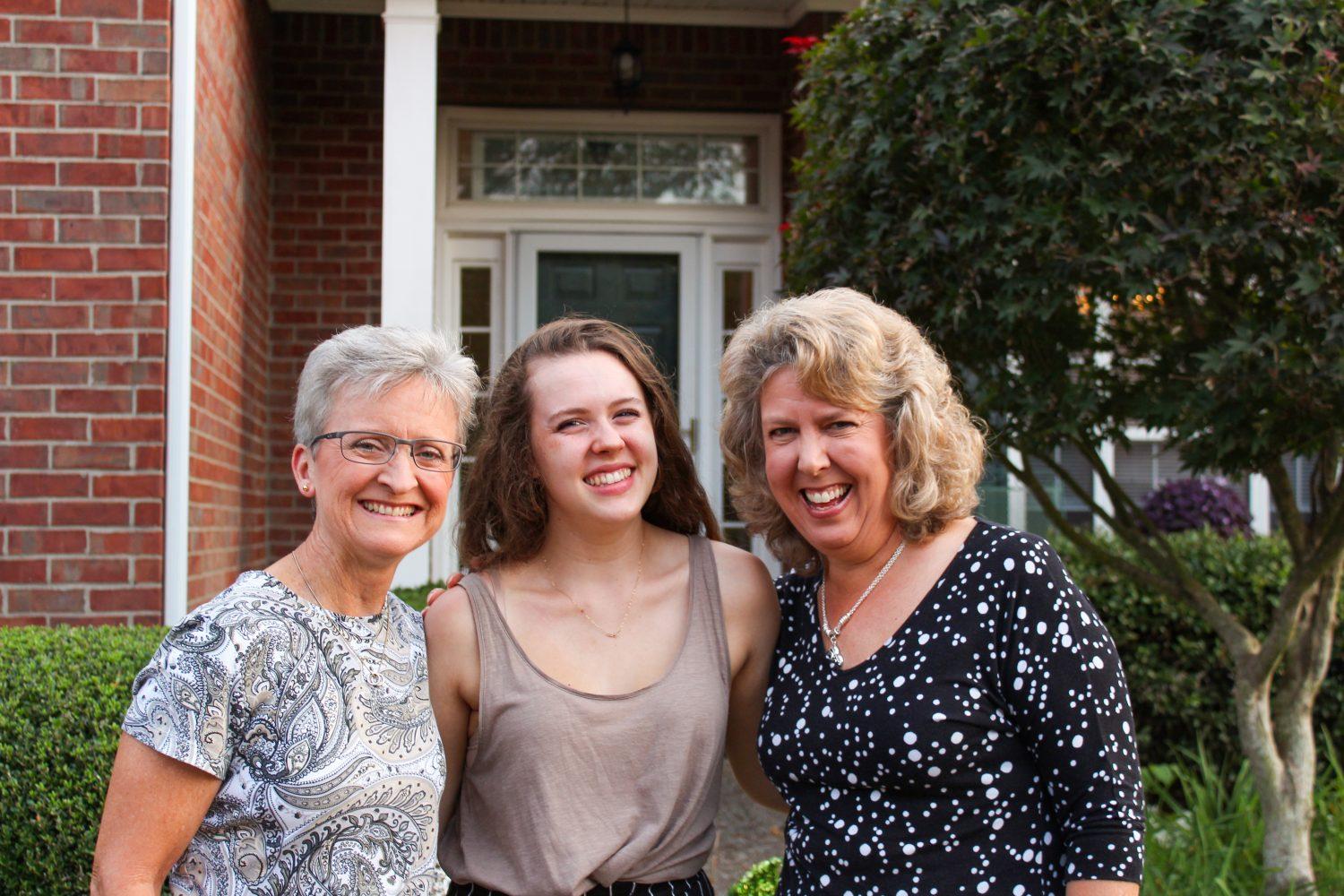 It was only me, my sister and my moms in the room with the government official. It was a bit of an uneventful wedding, although some relatives on my birth mom’s side of the family sent us flowers. Really, it did not need to be a huge elaborate wedding, because, much like many other older gay couples, they had already been together for years by then. They had already established a household and brought up a family. They just needed a piece of paper to prove that, in the law’s eyes, we were all a family. They got that piece of paper on June 16, 2015, hilariously only 11 days before the same-sex marriage legislation was passed nationwide.

As a kid, it’s hard to understand when things so close to you are different and unorthodox to others. My family is all I knew. My parents loved me and loved each other. It seemed normal to me, I did not have society telling me it was weird and, even more so, that it was something to hide from people in fear they won’t accept my family. My family. Me, my little sister, and my two moms.

I still remember when my moms sat my sister Megan and me down and defined the word “lesbian.” My sister was probably 3 or 4 and I was maybe 7. Looking back, I believe they waited as long as possible to define this word for us. They told us that — that our family was different. They warned we should not go around proudly talking about our moms because some people might not understand and accept our family. It had not occurred to me that my family was different in a way that could be perceived as bad to the world. 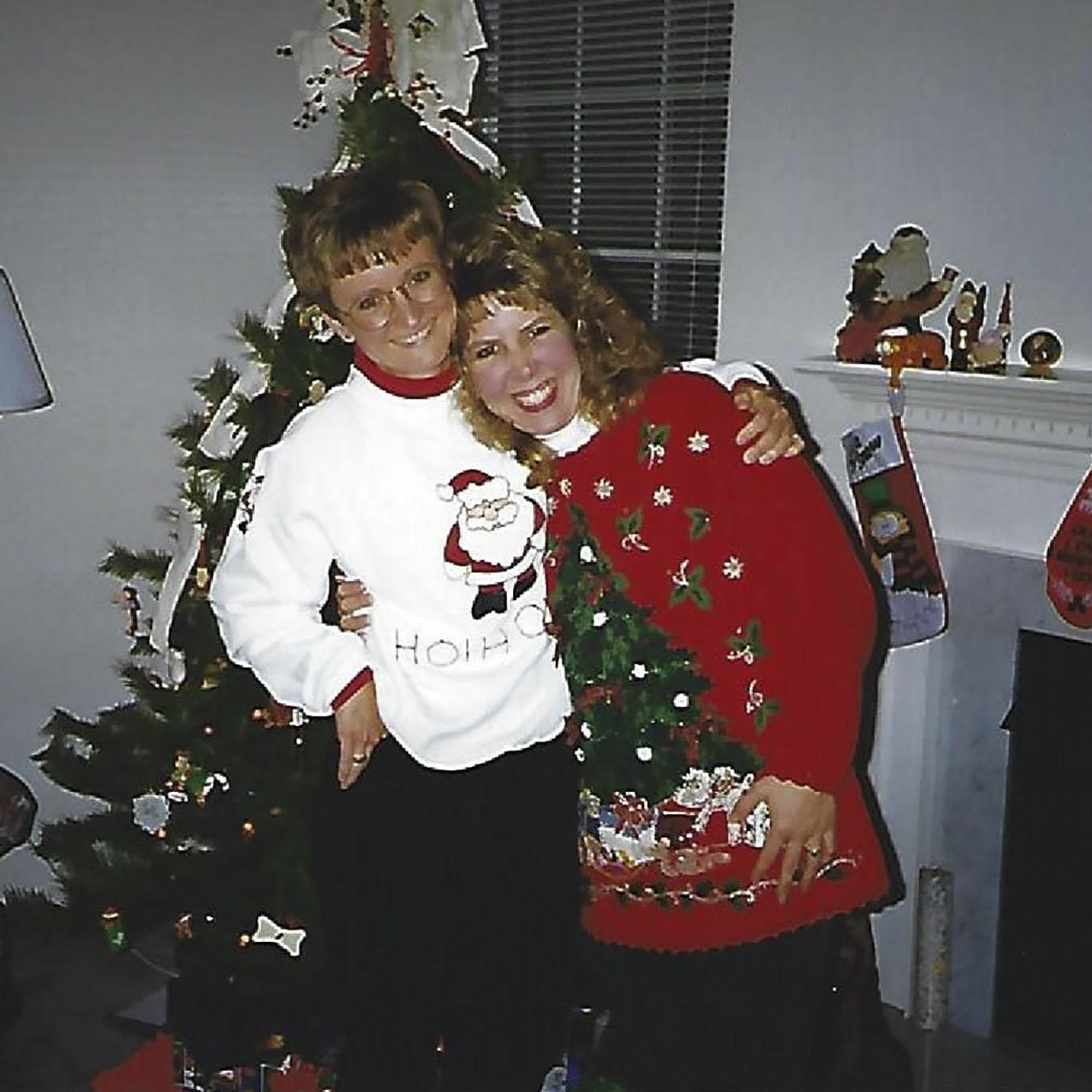 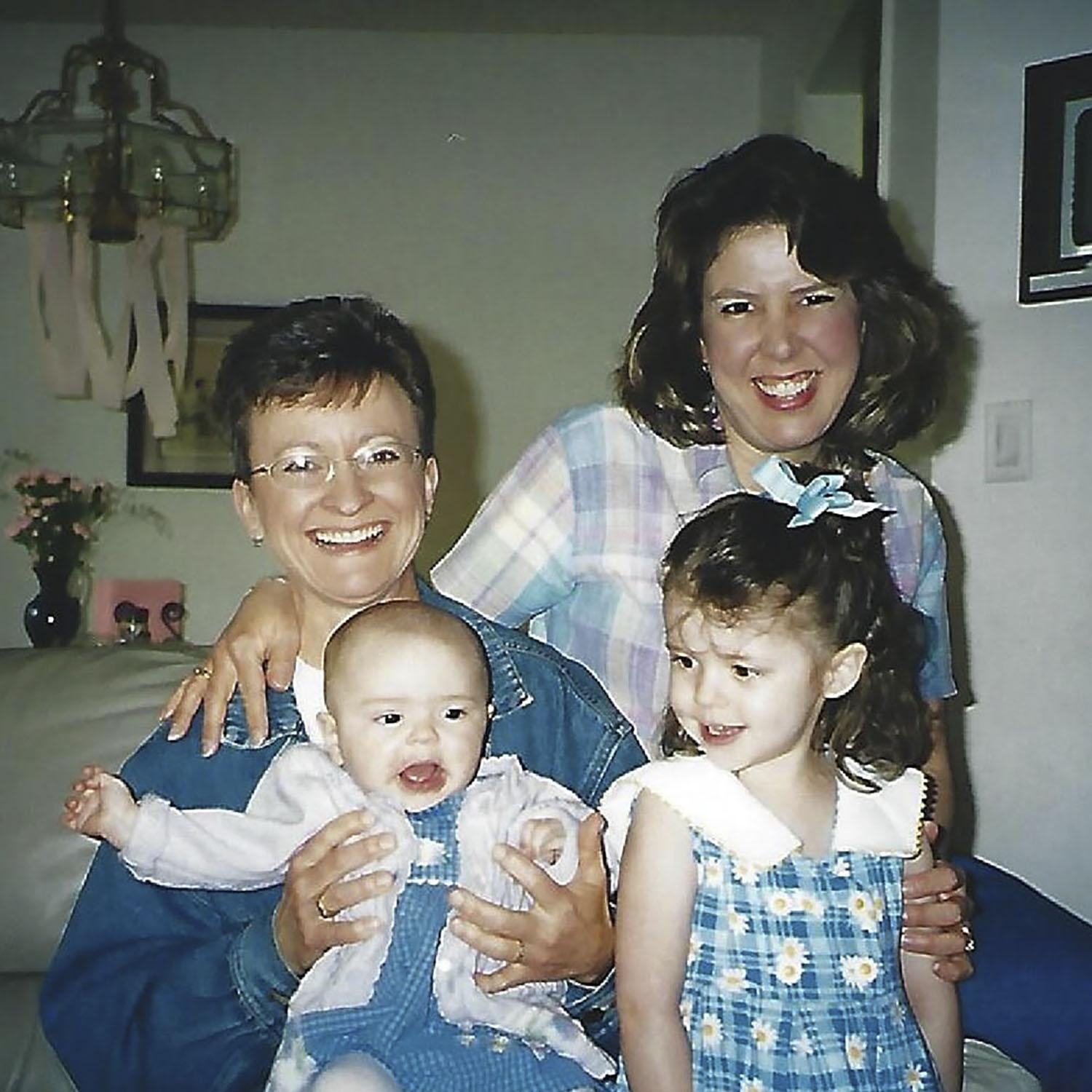 My moms turned into “my parents,” or “my mom” singular when I talked about one or both of them. My close friends who knew I had two moms would ask which one I was talking about, and I would clarify my birth mom or “Eema,” which is the Hebrew word for mom. To clarify, we are not Jewish — my moms just wanted to come up with a way to distinguish them that would be easy for even a baby to say.

It took me a while to admit to the people I knew that I had two moms. I usually waited until the information needed to present itself, like if they were going to come over to my house. Otherwise, I kept it hidden. I believe this hesitation came from my moms.

They often do not tell people around them about having a wife. My mom, my birth mom, has barely told anyone at her work. They are part of a LGBTQ+ generation that pushed the idea that they need to be more secretive in order to fit in and live their lives unbothered without worrying about being judged for loving someone out of the heteronormative mold. I have found it is especially important to tread lightly in the South, and while we live in Nashville, which is decently progressive, there are still a lot of undertones of discrimination in the older generations. 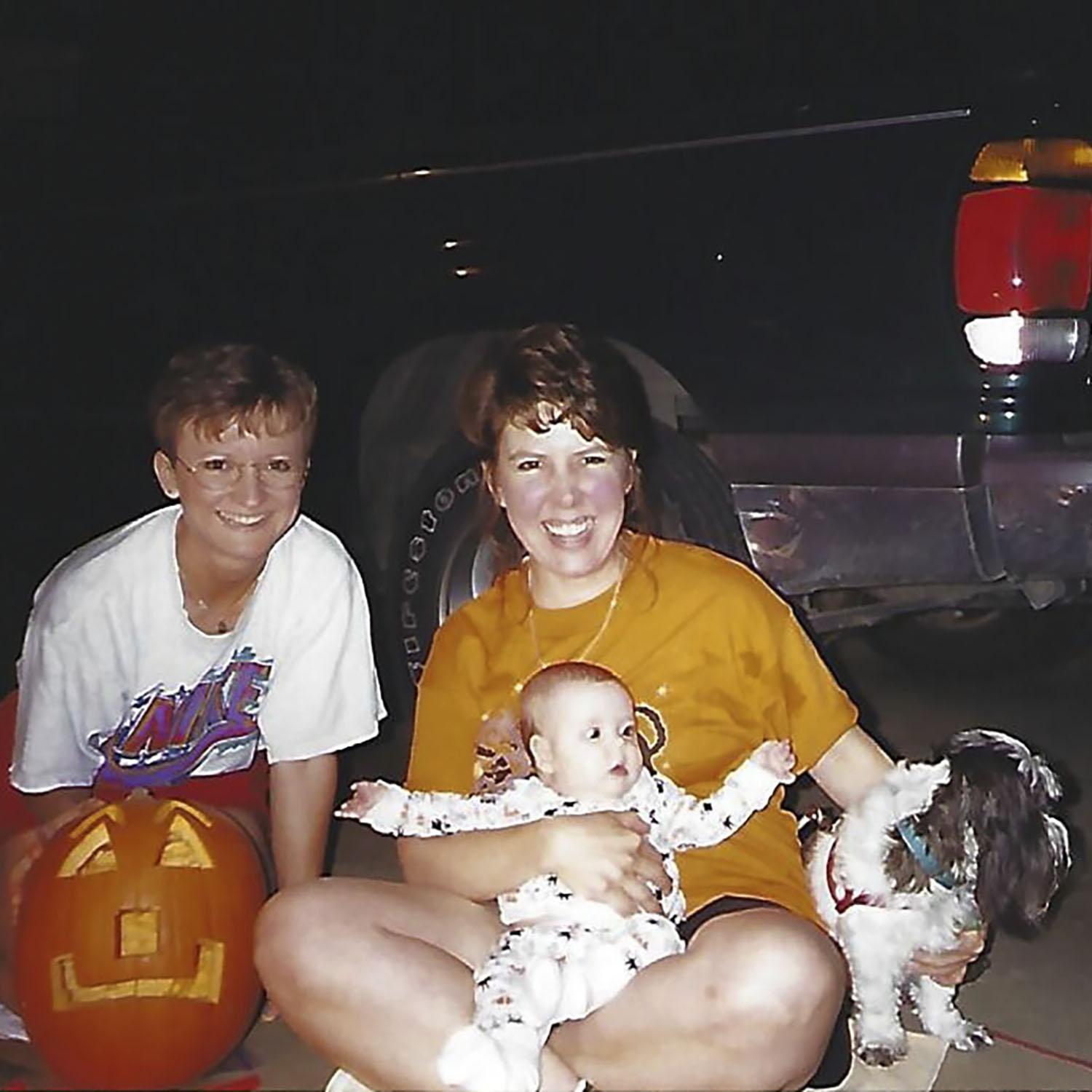 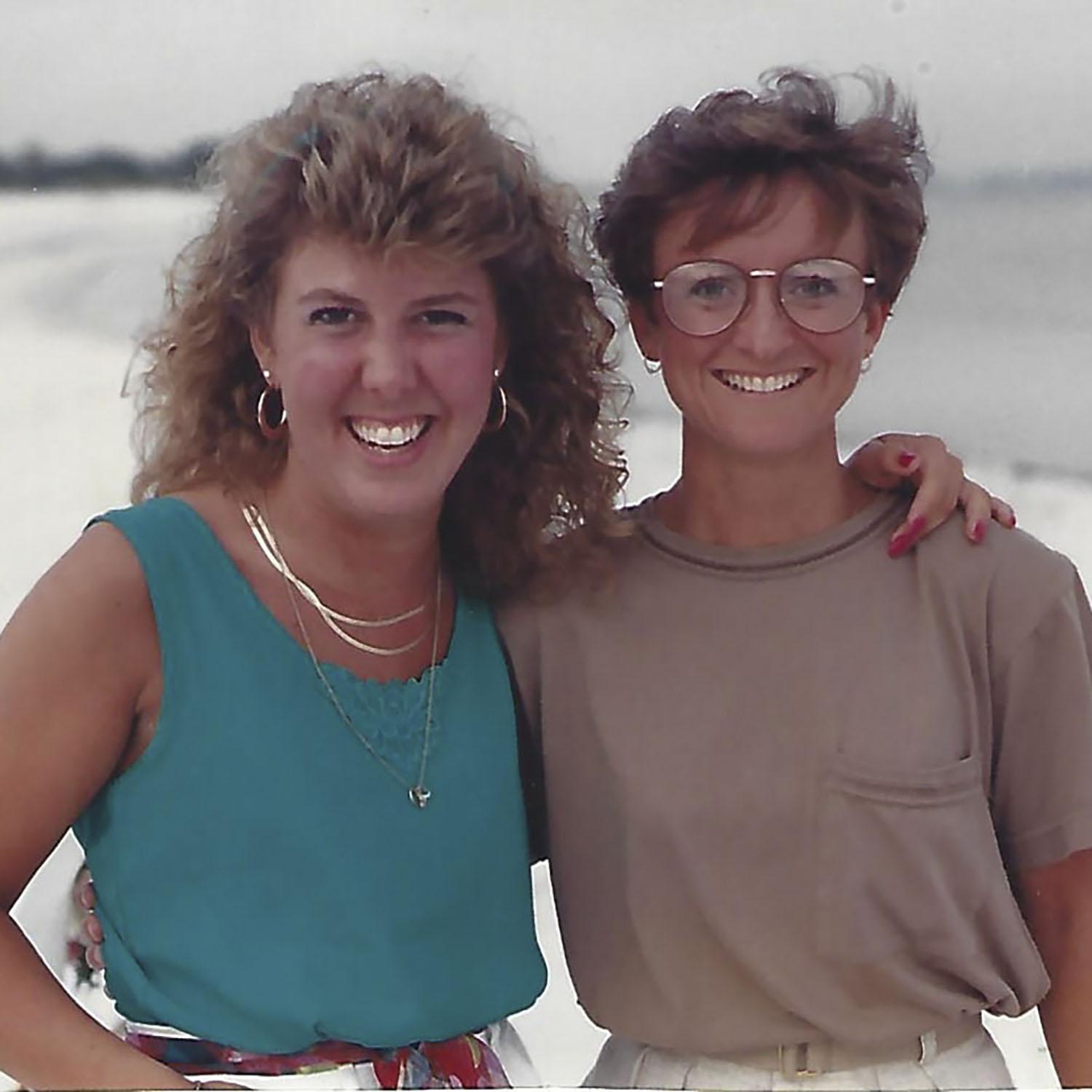 The handful of people I told have accepted my moms and my family. They often found that part of my life to be strange and unique. One of my sister’s friends even went so far as to say that she wished she did not have a dad and that she too had two moms. Now, that does not mean all of these people support the idea of LGBTQ+ marriage. I had a friend tell me, “Of course I support your family — I just don’t support LGBT in general.” But how could someone accept my family but not accept the millions of others just like us? Between 2 to 3.7 million children have an LGBTQ+ parent, 200,000 of which are raised by a same-sex couple, according to a 2015 journal article that appeared in “The Future of Children,” a journal published by Princeton University.

Growing up with two moms puts an interesting twist on the perspective of a young kid. Society emphasizes heteronormativity, especially through the lack of LGBTQ+ representation on platforms like entertainment and media, but having two role models who break the mold from birth counterbalances that in a way. I grew up questioning my sexuality constantly, wondering if I would end up liking men, like the societal norm, or women, like my moms. I did not fear that they would not accept me if I were “different” because they were different. It was freeing, almost, to be able to navigate my sexuality that way, and looking back, it was very rare. I found that I was heterosexual, but that was much more so by choice after contemplation than as a default.

My sister and I essentially look like twins and get called that consistently even though we are three years apart in age. Nevertheless, the second people find out we have two moms, they wonder if we are related, which is hilarious since we look the same. Megan and I are fully related, born of the same mom and the same anonymous donor. She and I have grown up together and grown closer over time. 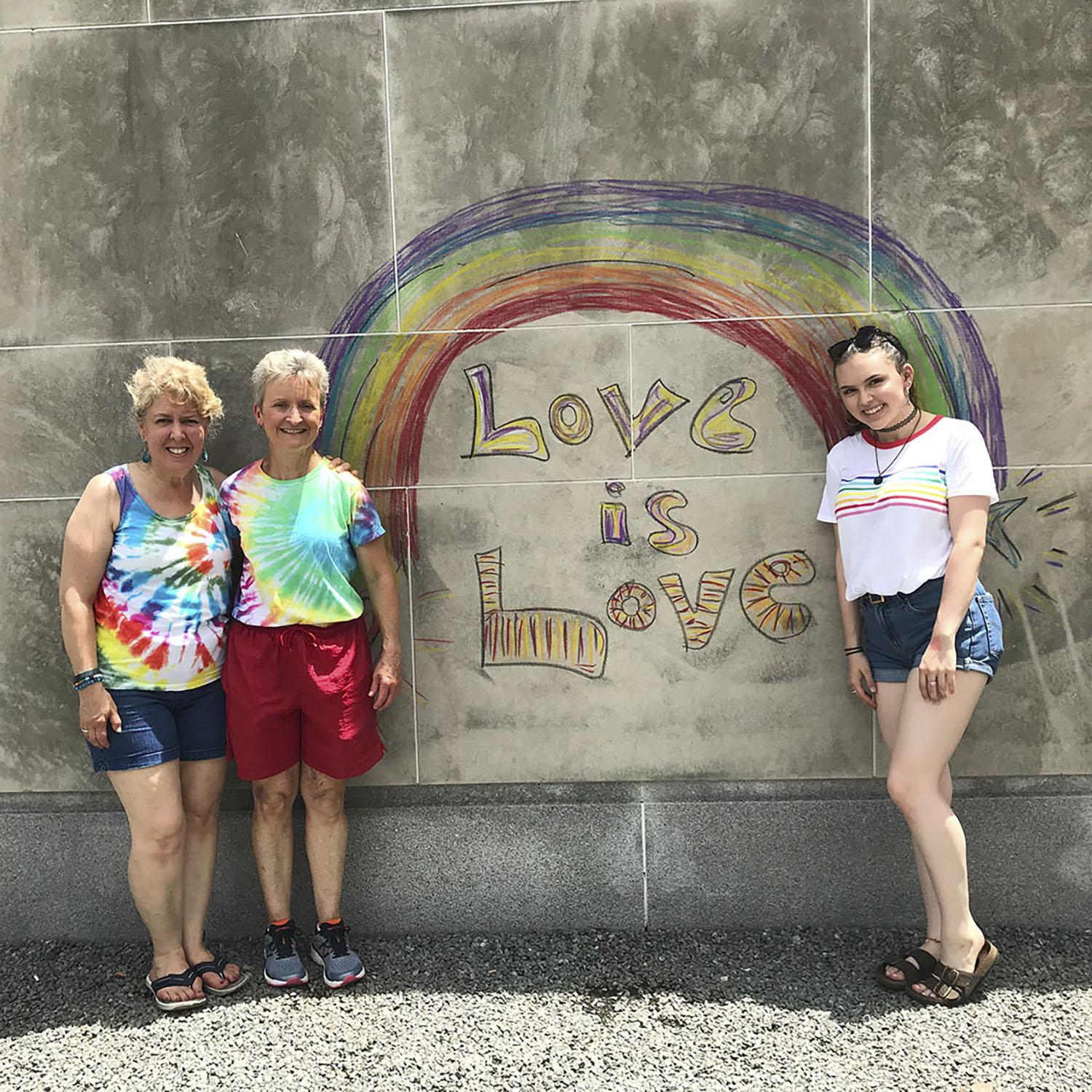 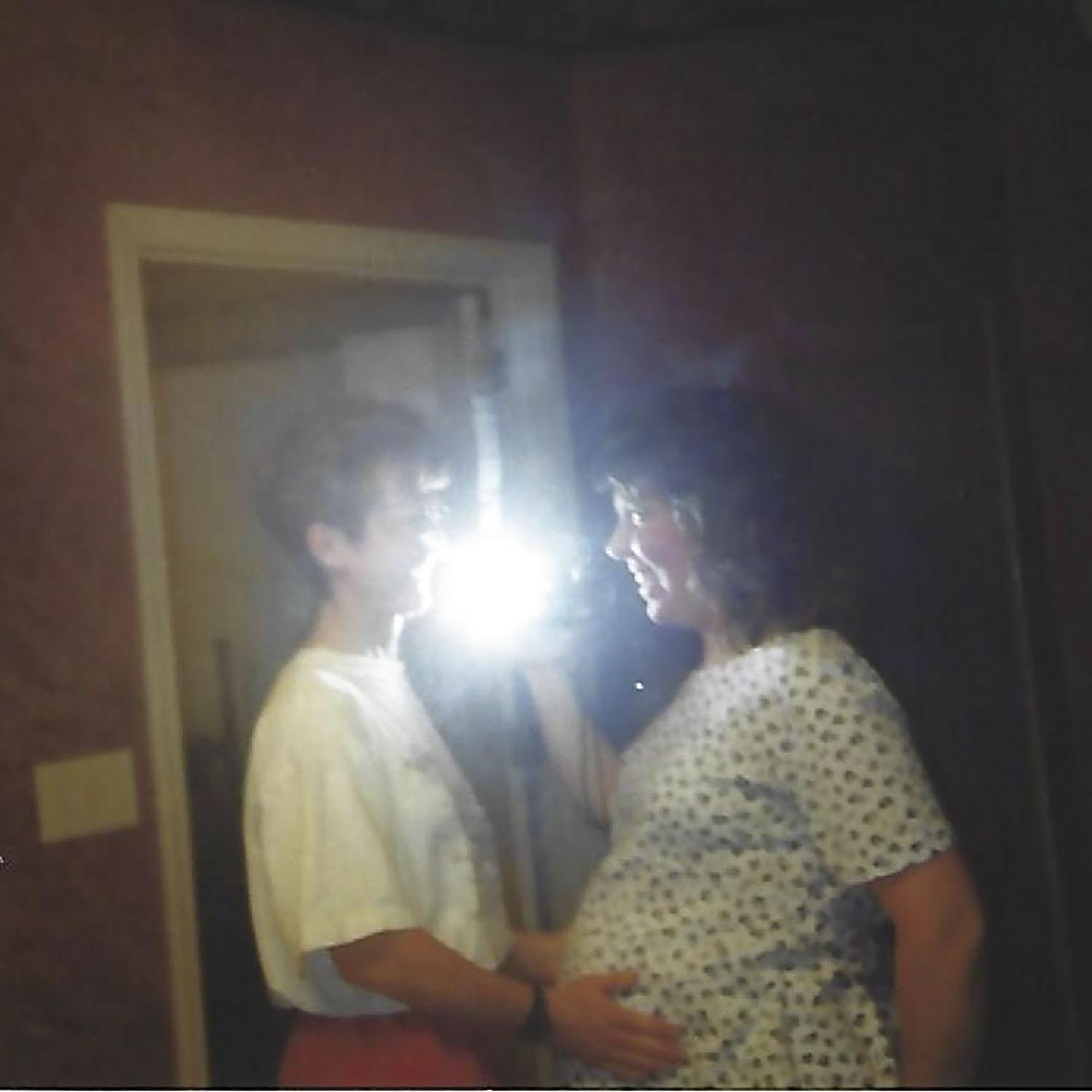 Megan and I bond over little quirks in our family, such as what I like to call “getting mommed times two.” Moms are known for always asking if you did things like doing chores or your homework to the point of nagging sometimes. Imagine that amount of “momming” but coming from two different people. It is only double the amount of “momming” at most, but sometimes it feels like exponentially more. That being said, I know it’s because they care about me, so I am thankful for it, even if I respond with “Eema already told me that. Four times.”

My parents did not go to Pride until last summer. Honestly, I think they spent so much time trying to normalize that side of themselves that they isolated themselves for the most part from the LGBTQ+ community. It took me and Megan pushing them for them to finally go. I think they liked it pretty well. I believe they were still stuck in the mindset that many people do not support the LGBTQ+ community, but when they went to Pride, their perception shaped into something new and more colorful. So many people were there to support the idea that a family like mine can exist. That is something beautiful. My parents told me they saw that widespread and diverse support, and it made them feel connected the LGBTQ+ community and the overall movement more. I am glad they had that experience, even if it took so long for them to get there.

My parents’ story is pretty normal. Yet it is, at the same time, inspiring. I hope young LGBTQ+ people read this story and realize it is possible to be successful, develop a household and start a family no matter your sexuality. My parents are strong, powerful women who decided to live truthfully to themselves, even if it was out of the ordinary and scary. Do not think that you don’t have the same rights. There are obstacles in every journey — my moms have dealt with plenty. But they did not let those roadblocks stop them. They showed the people around them that a gay household can be normal and everlasting. And that, I think, is amazing. 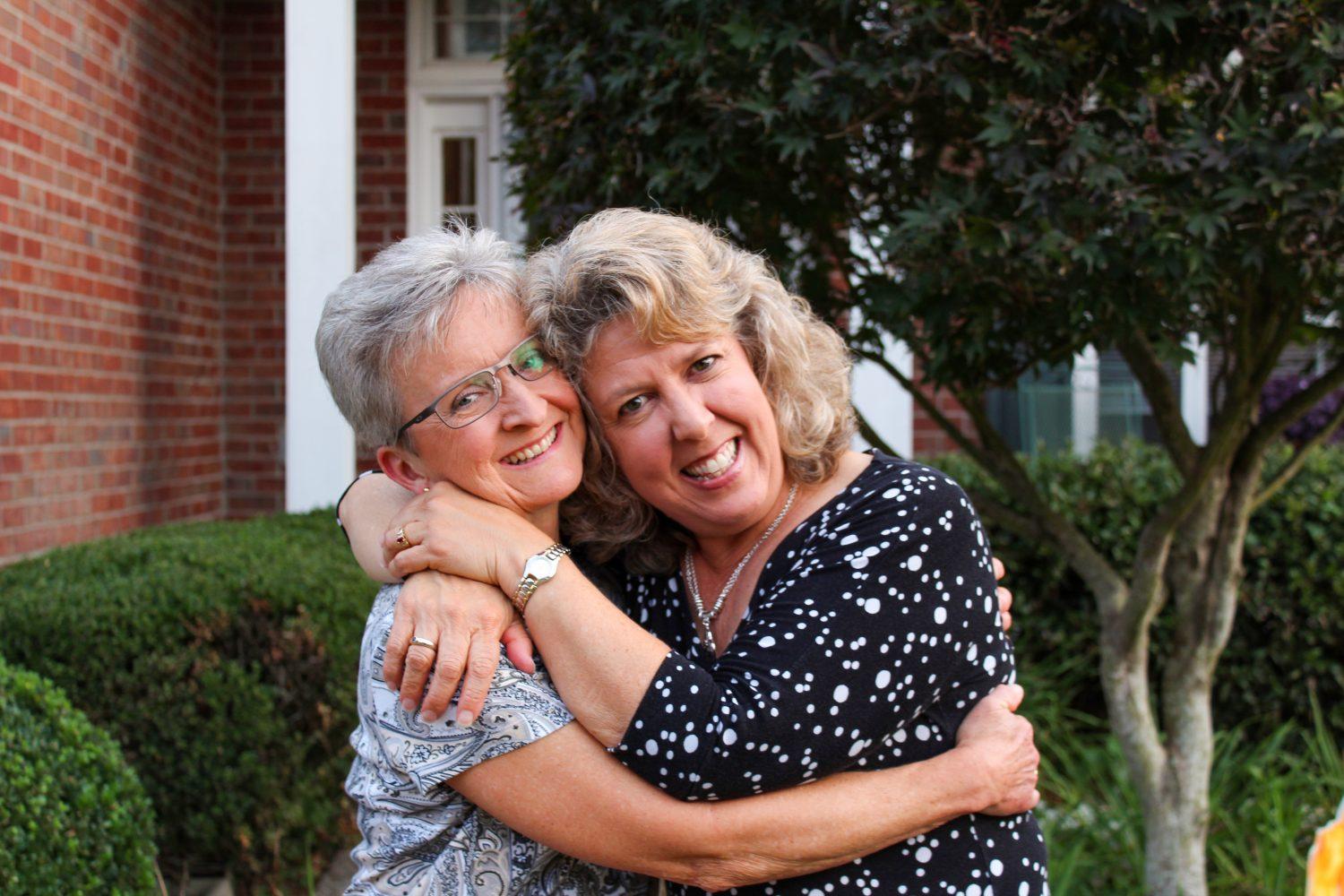