This story was updated with additional information at 6:11 p.m. on Sept. 20.

Editor’s Note: A previous version of this story listed Bruce Kessler’s time spent as department head and faculty member incorrectly. The story has been updated, and the Talisman regrets the error.

Bruce Kessler, head of the math department for the last nine years and member of the WKU faculty for 30, will not have his position renewed following this academic year.

“I’m disappointed with the decision,” said Kessler. “I think that the math department faculty and I have built a very student-centered environment for student learning and research, of which I am very proud.”

Acting Provost Cheryl Stevens and Interim Dean of Ogden College Gregory Arbuckle notified Kessler that this would be his last year as head of the math department. He said that neither Stevens or Arbuckle gave a reason for the decision.

This decision was reached following Kessler sharing with the Herald mathematical projections he created to estimate the COVID-19 mortality rate among students, faculty, and staff that would occur under the university’s current policies. The mathematical projections estimated that 1,000 faculty and staff members would have to become infected before an employee died, whereas for students, 20,000 would have to become infected for a student to perish.

Some members of the math department composed a letter petitioning Dean Arbuckle and Provost Stevens to reconsider their decision. Signed by 29 full-time WKU faculty members, the letter revealed both the high regard Kessler possesses from his peers, and the lack of faculty involvement in the decision. 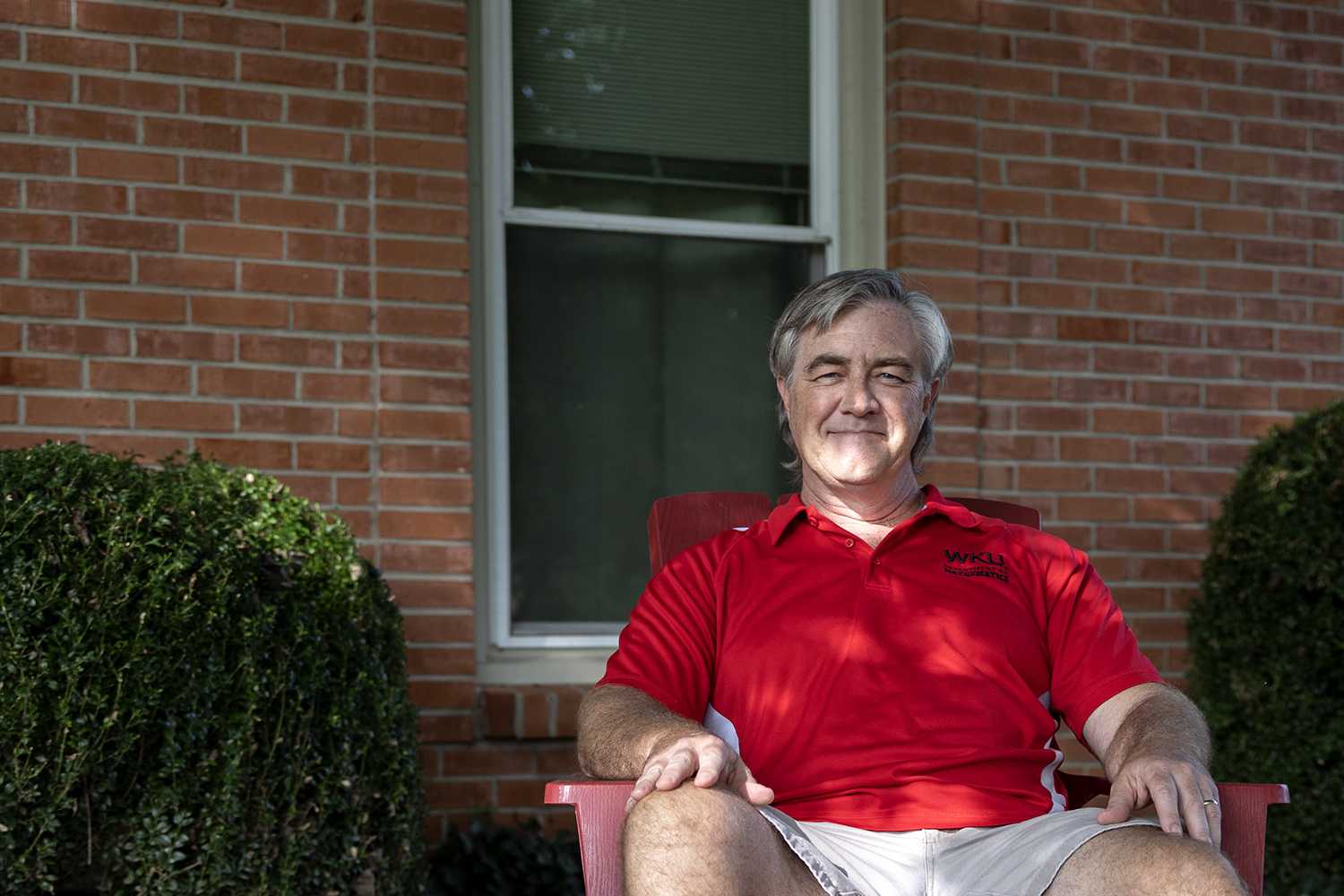 Bruce Kessler will be forced to step down as the head of the math department after the 2020-21 academic year. “The best part of my years teaching is the numerous incredibly talented students I have worked with and getting to see their accomplishment after they graduated,” he said.

“Dr. Kessler has many admired qualities that embody the ‘Spirit of WKU’, particularly his strong advocacy for faculty, students, and the university community,” the letter stated. “He is highly effective at channeling that spirit through his visible position as head of one of the campus’s largest departments.”

The letter also explained how its signers’ perspective comes from the math department faculty’s personal experience working alongside Kessler for many years. It also said there was a lack of staff involvement in deciding whether Kessler’s contract could be renewed, as the faculty were involved in the process in 2017.

Arbuckle was contacted by phone and email for comment and did not respond. Stevens was reached, but said she could not comment on personnel matters.

Claus Ernst, a university distinguished math professor who also serves as the faculty regent at WKU, said that Kessler not being renewed in his position as department head surprised everyone in the math department.

“Bruce Kessler is well liked within the department,” said Ernst. “He has done the difficult job of leading one of the largest departments on campus with integrity, and to the best of his abilities.”

Ending the letter is an explanation of how Kessler has provided a supportive and considerate space for WKU and its faculty, leaving the department both shocked and confused by the news of his denied reappointment.

At the Sept. 17 Faculty Senate meeting, several members from across WKU spoke in support of Kessler, and 48 members voted in favor for the administration to reconsider its decision. Six people abstained, and one voted against the motion.

“This is a really important issue, and I think it’s part of a larger problem where there seems to be an attempt, either conscious or unconscious, to marginalize opinions that differ from the party line,” said Guy Jordan, an associate professor of art.

“That’s the way it works, and none of these positions come with permanence or an expectation of permanence,” Stevens said.

Mac McKerral, journalism coordinator and professor, said the issue at hand was not a misunderstanding of WKU’s chain of command, but rather the lack of explanation for the decision, especially for the affected faculty.

“It has been and still is the greatest honor of my life to get to work with this tremendous group of educators,” said Kessler in regards to his feelings towards the decision.