Nashville community bands together after tornado

Several tornadoes tore through the Nashville area during the early hours of March 3, destroying hundreds of buildings and resulting in at least 25 deaths and dozens of injuries, according to USA Today. At least four counties were affected, and power outages were still prevalent throughout the Nashville area as of March 4. People from across the city and region set up areas for those displaced to get food, charge their phones and access other necessities while utility workers were reinstalling poles. 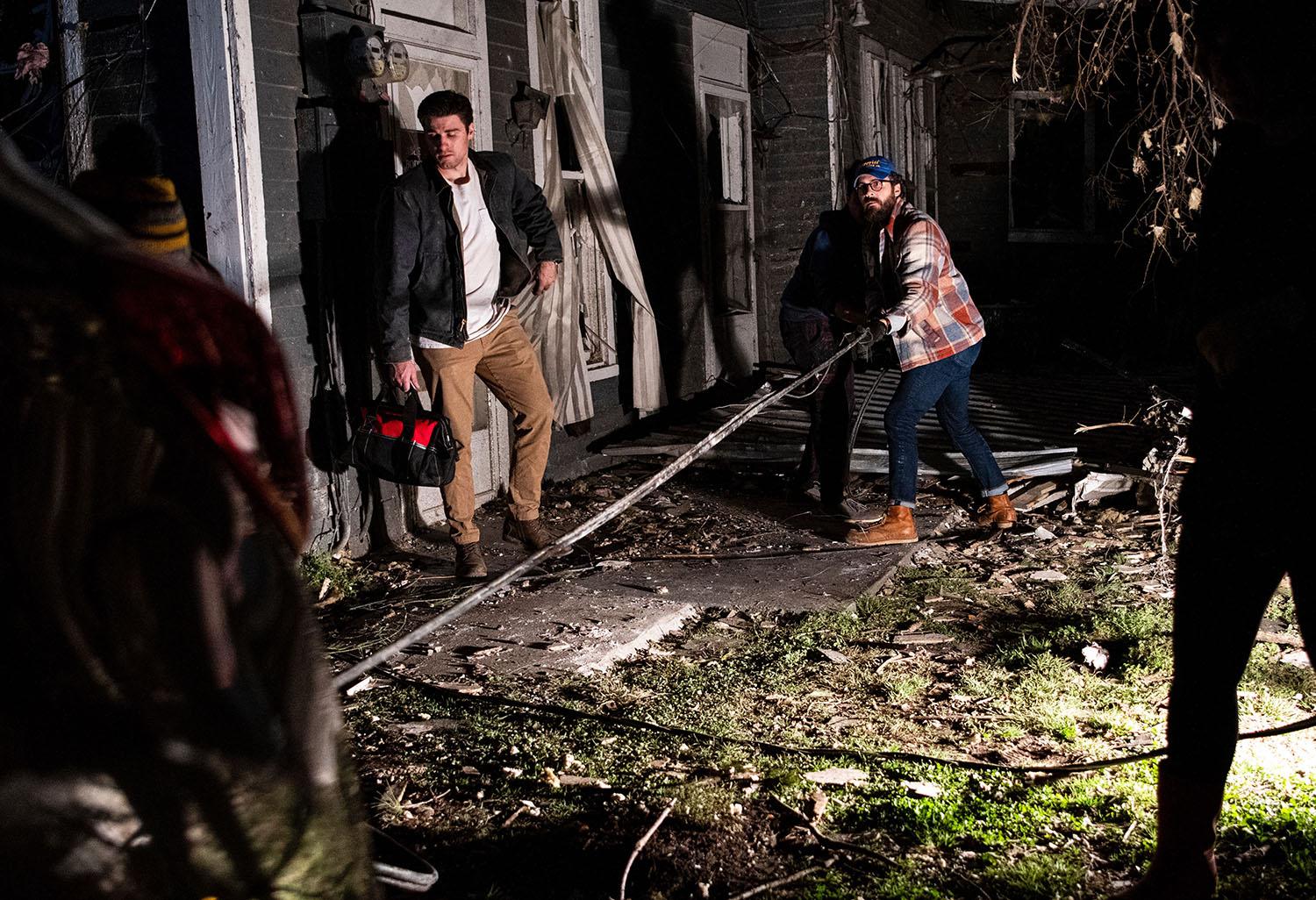 Volunteers hook a sheet of metal to a car to pull it away from a local east Nashville business hit by a tornado. (Photo by Allie Hendricks) 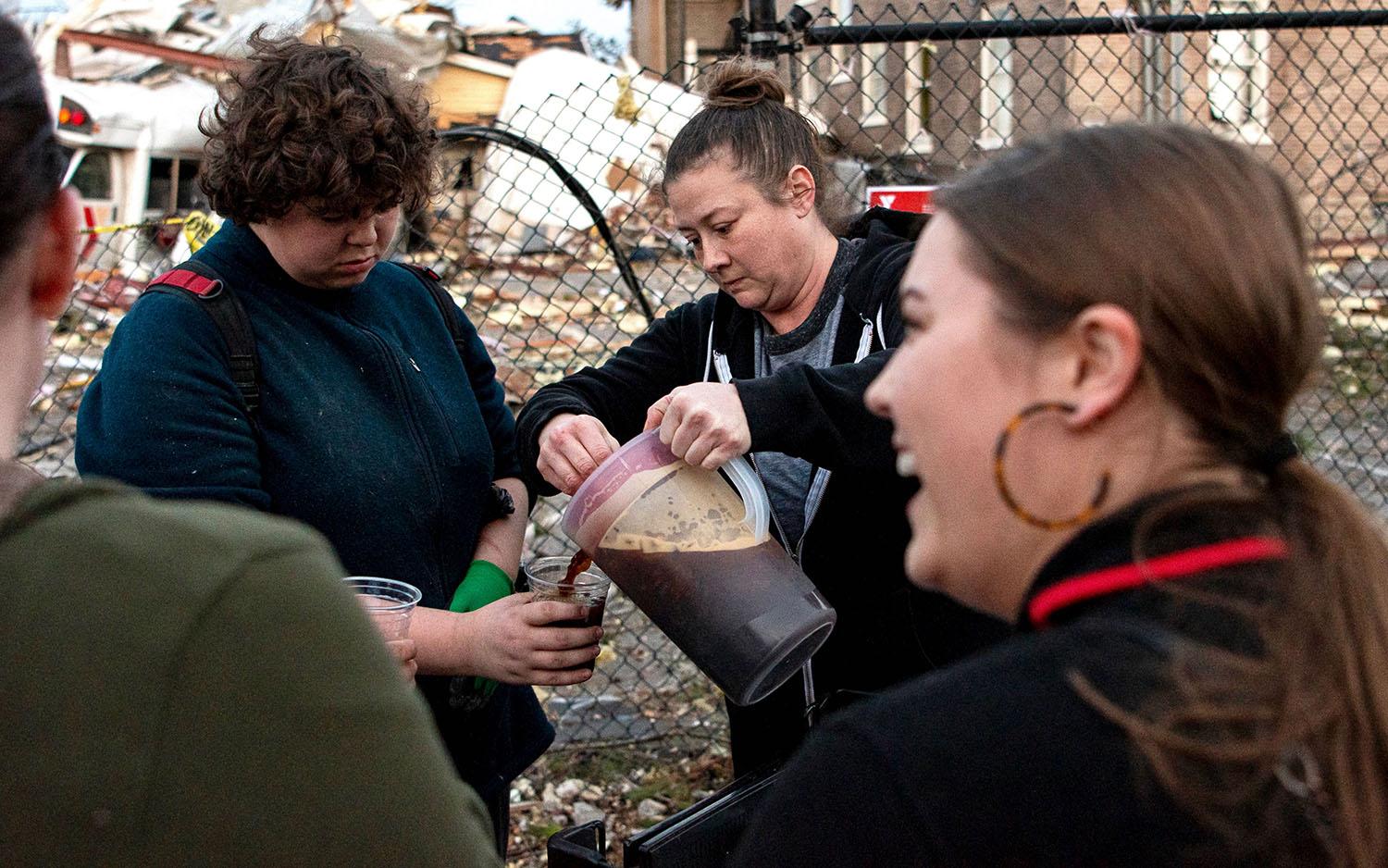 Two volunteers brought a shopping cart filled with coffee, cinnamon rolls and other refreshments to the people cleaning up the damage done in east Nashville on March 3, 2020. (Photo by Allie Hendricks) 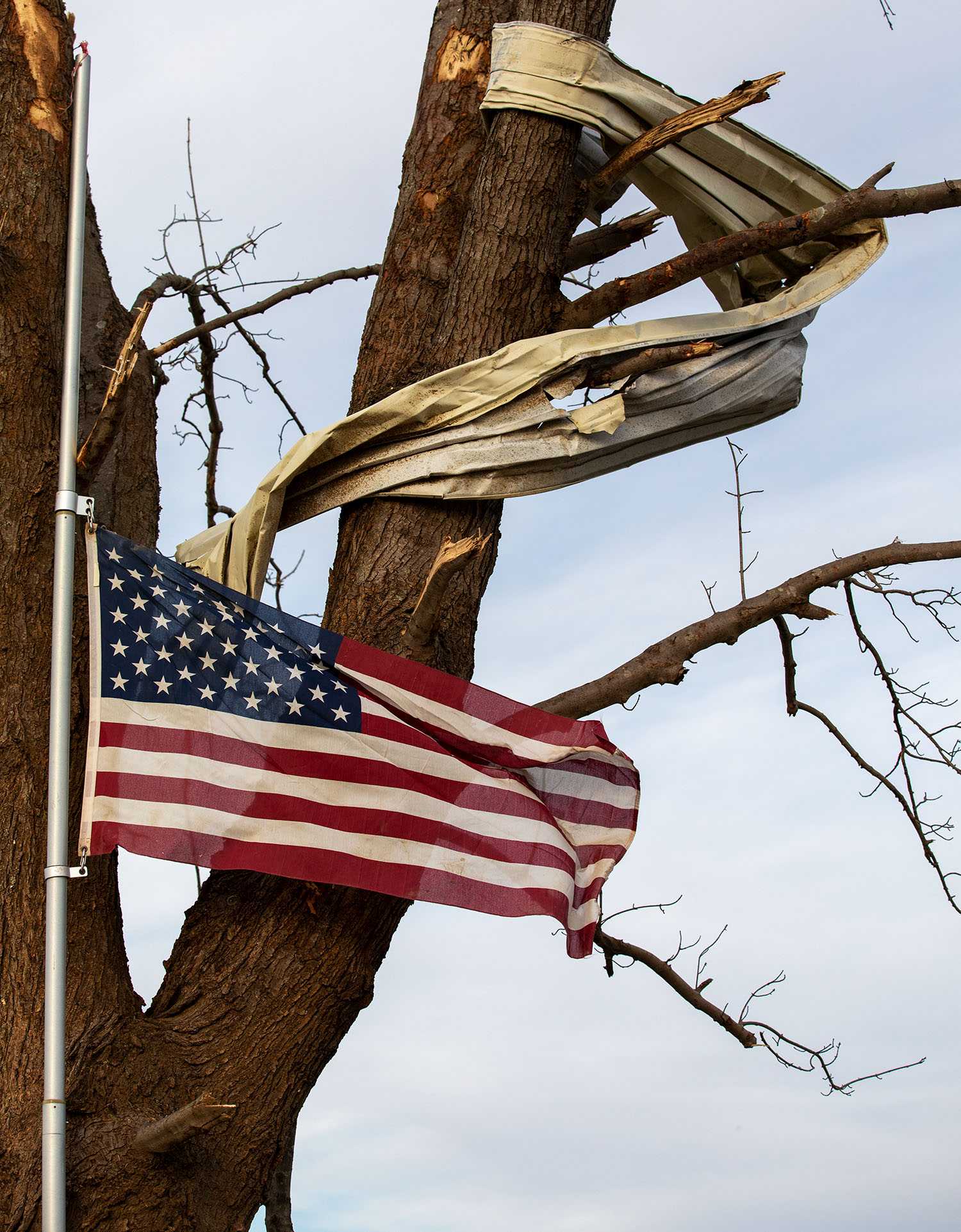 Amid the destruction, an American flag still flies above Mt Juliet, Tenn. Debris was strewn throughout the trees that were still standing. (Photo by Richard Gregor) 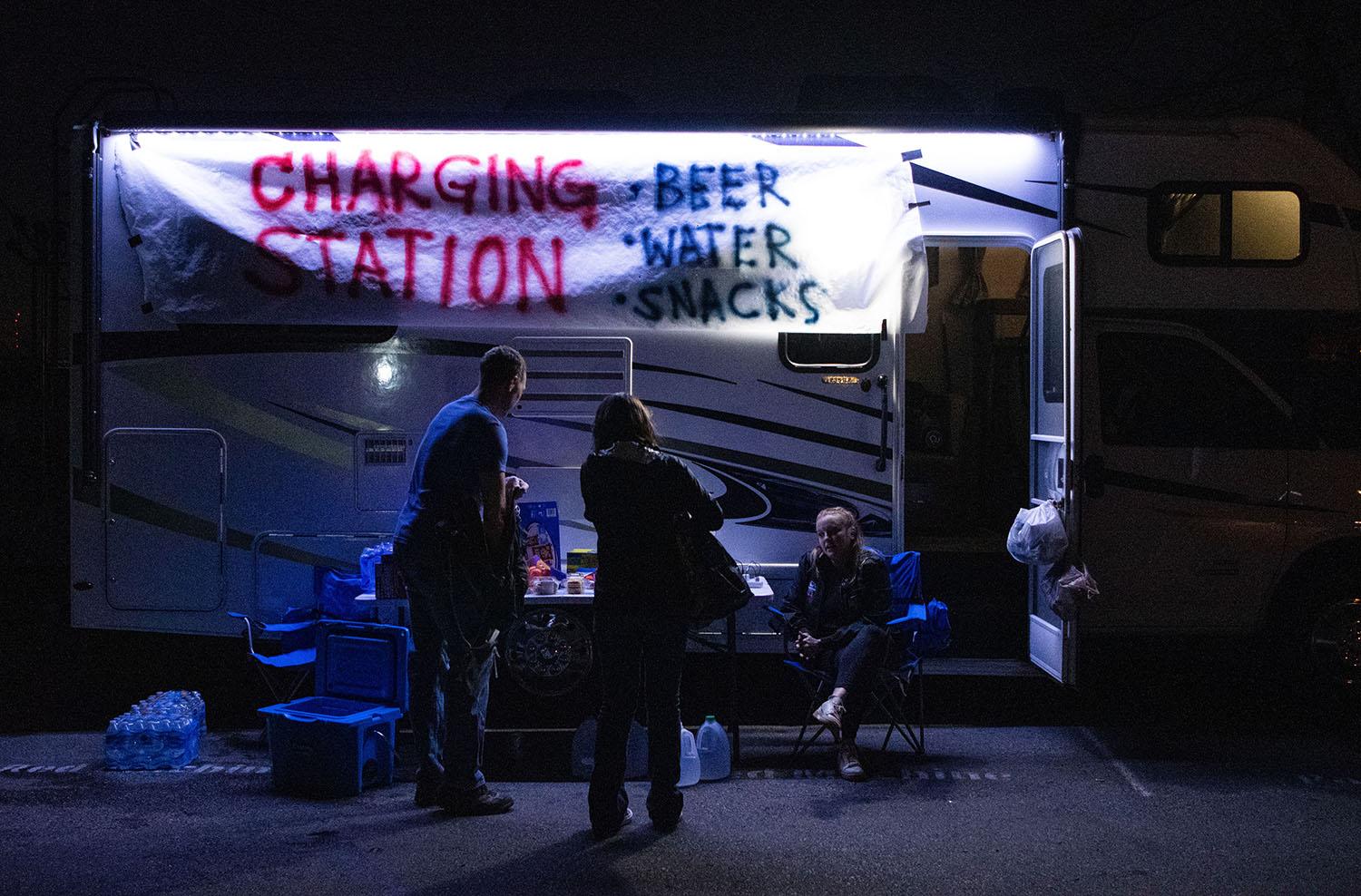 Pabst Blue Ribbon beer funded the set up of an RV in east Nashville to be a hub for both volunteers and victims to get supplies and refreshments. (Photo by Allie Hendricks) 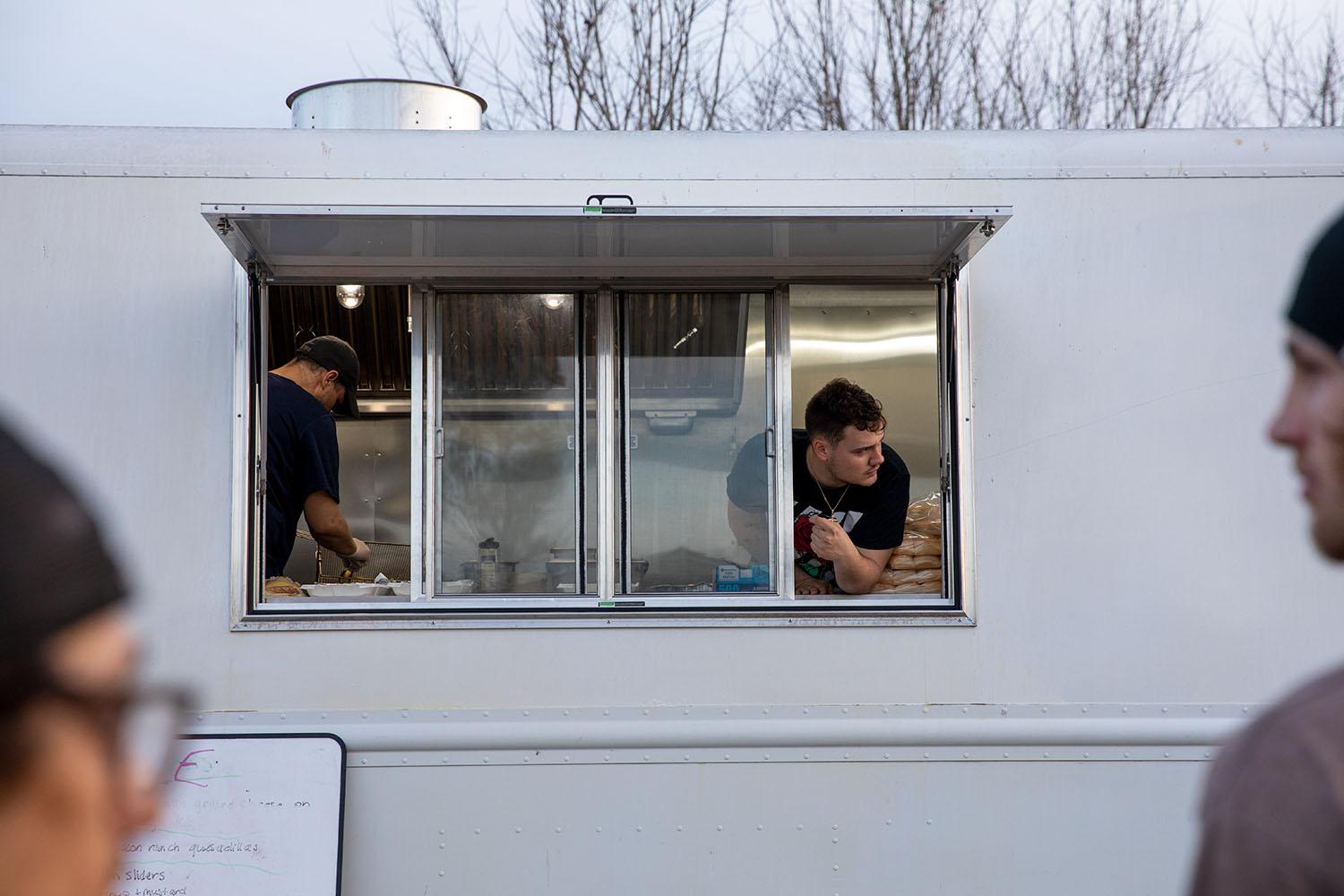 Anthony Wong and his son Anthony Wong brought the My Roots food truck to give free food to whomever needed a meal. In addition, they began a charity to raise money for the victims. (Photo by Richard Gregor) 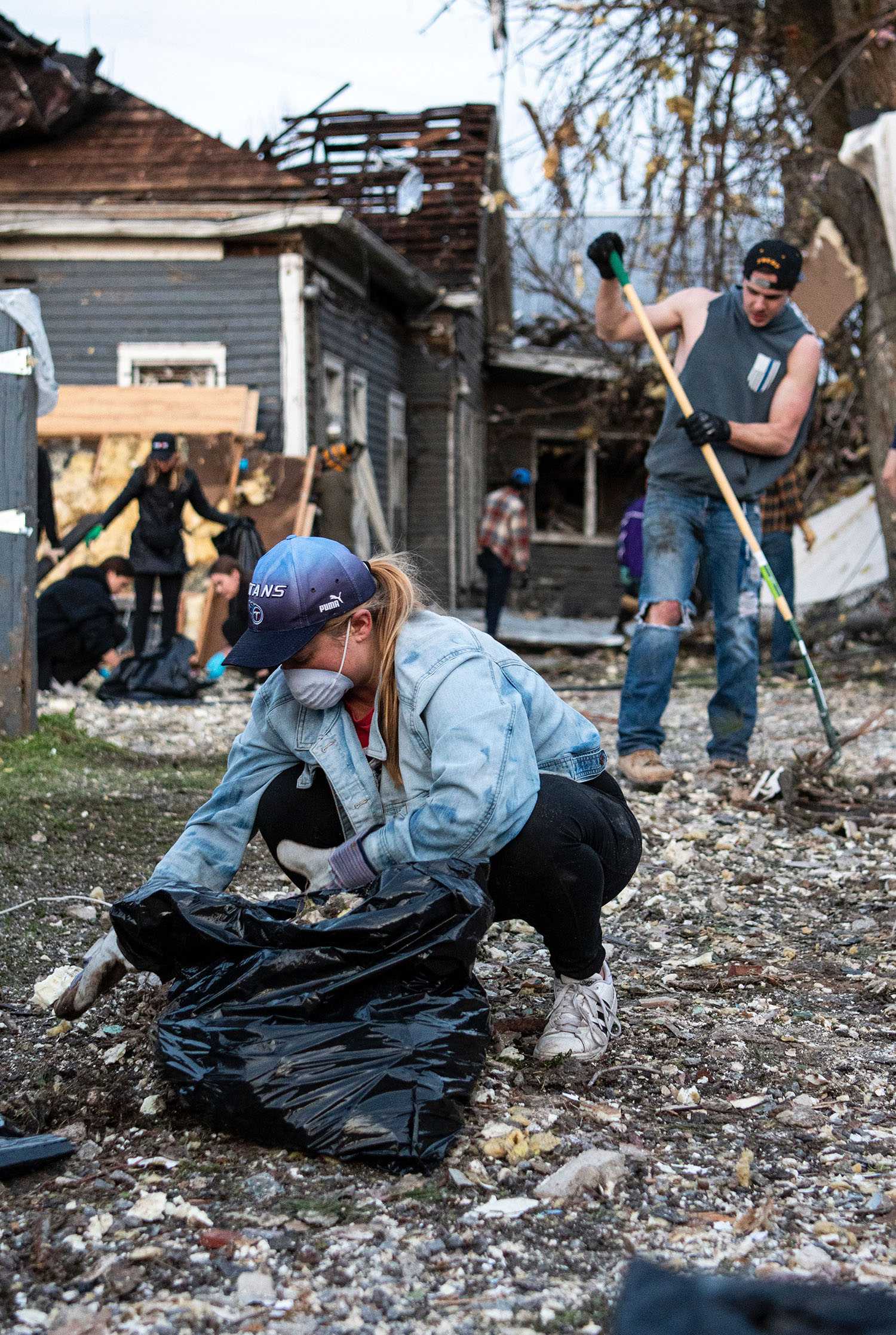 Volunteers pick up the debris around a local business in east Nashville on March 3, 2020. After the sun set, large lights and phone flashlights were used to keep the cleaning going. (Photo by Allie Hendricks) 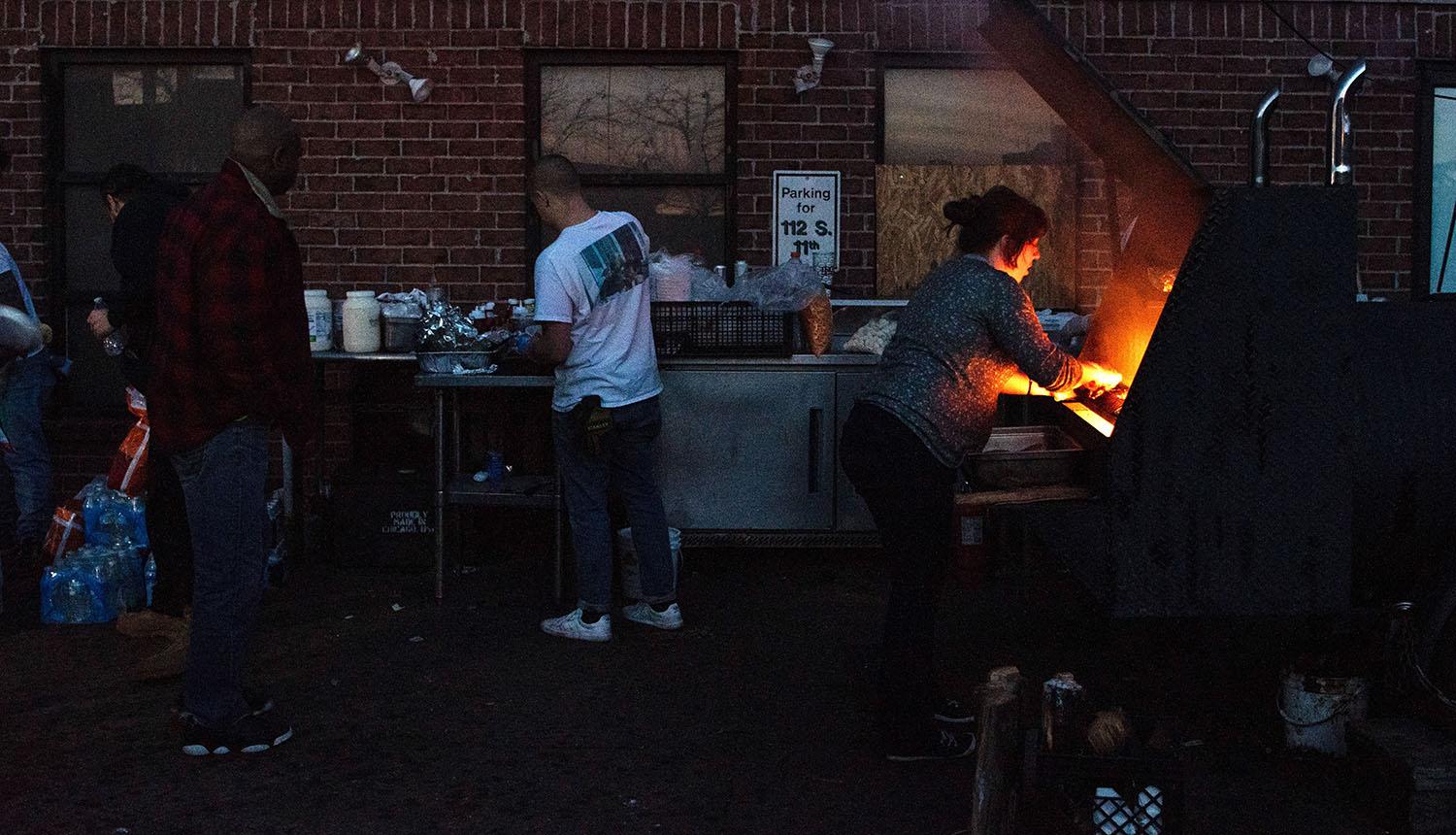 Rhiannon Hansing cooks various foods on a grill to help feed the people cleaning up in east Nashville. (Photo by Allie Hendricks) 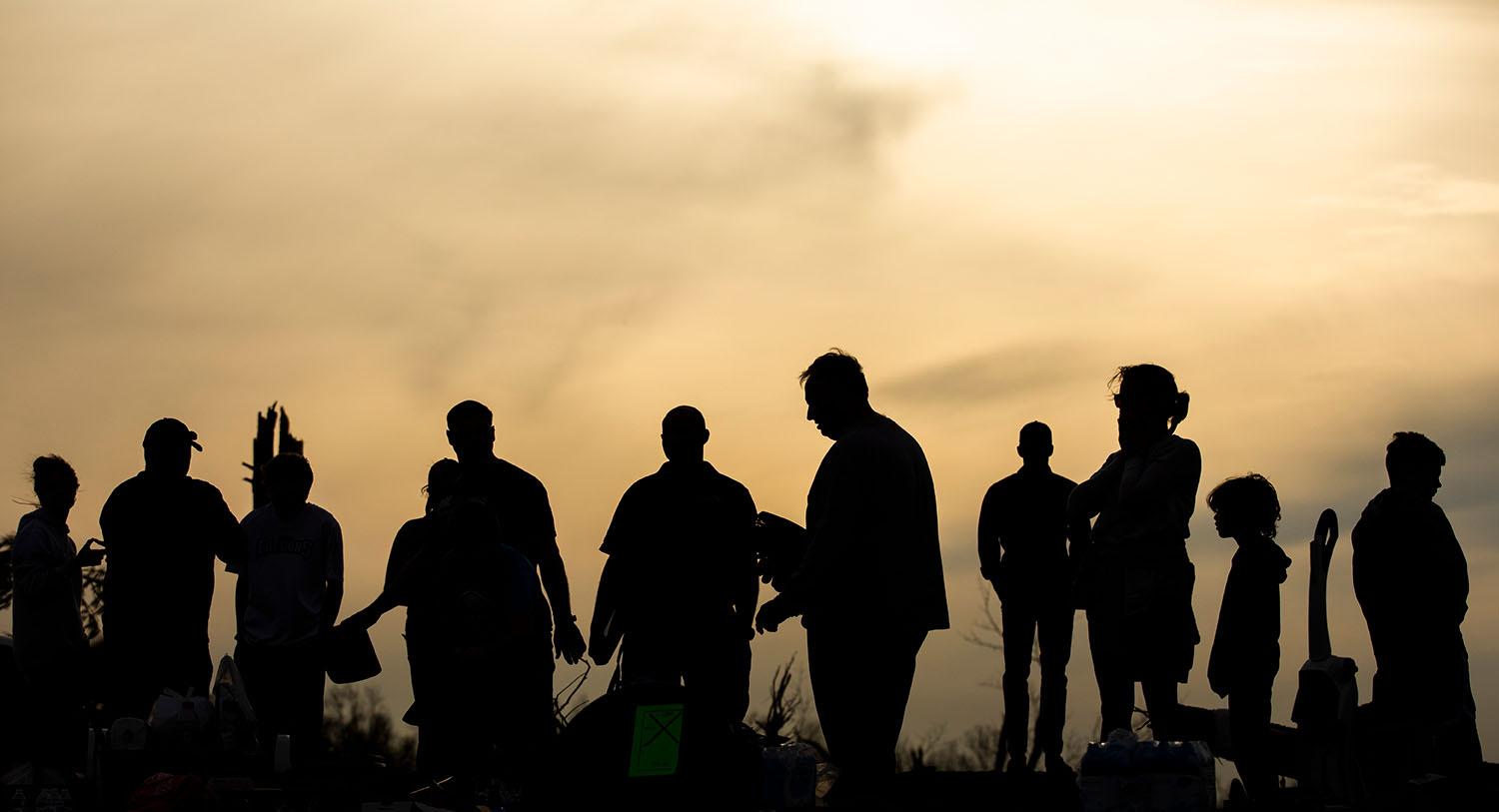 A family stands on the foundation of their home in Mt. Juliet, Tenn. Their house was completely destroyed by the tornado that touched down the night before. (Photo by Richard Gregor)