Piecing life together after an eating disorder

As a child, Lifetime movies were my jam. One in particular, starred Tracey Gold, an actress who openly struggled with eating disorders in real life. Gold starred in “For the Love of Nancy” in 1994, a made-for-TV drama about a woman who developed an eating disorder while attending college that led to multiple hospitalizations, episodes of fainting spells and strained relationships. I watched it over and over.

Intellectually, I understood that the film’s message insisted that eating disorders harm people and cause traumatic amounts of suffering in the process of dying. Emotionally, I was intrigued by Gold’s character’s outward sense of control and the attention it brought with it. I attempted to induce vomiting on myself for the first time in my parent’s bathroom after I saw that film. I was 9 years old.

Attempting to vomit on demand was a painful and tedious process and one I kind of forgot about until I reached high school. In middle school, I played basketball. I was 5 feet, 4 inches tall, and my position was center. Practices were grueling, and after copious amounts of running suicides, I’d drag my gym gear into my house, lathered in sweat and reeking of dirty sneakers.

I’d sit down for dinner with my family, as my mom cooked at home almost every night. As a person with Type 1 diabetes, her meals were always nutritionally sound. We never had any snack cakes or potato chips in our pantries, so I looked forward to sleepovers at my friends’ houses. They tended to have the “junk food” my parents forbade. I ate whatever I was offered and enjoyed it until I was full. I loved basketball and sports journalism, keeping shoe boxes full of articles and photography on my favorite athletes.

When my short-lived basketball career was over, my eating habits stayed the same while my exercise habits dissipated. I gained weight fairly rapidly, and although I was never what the medical world would perceive as obese, I noticed my friends gaining a lot of attention from the new pool of boys we had to choose from in high school, but I wasn’t being asked to meet up at the movies. I didn’t have anyone to embrace between classes or lock hands with in the hallways. The only logical explanation I could give for this was that I was fat. 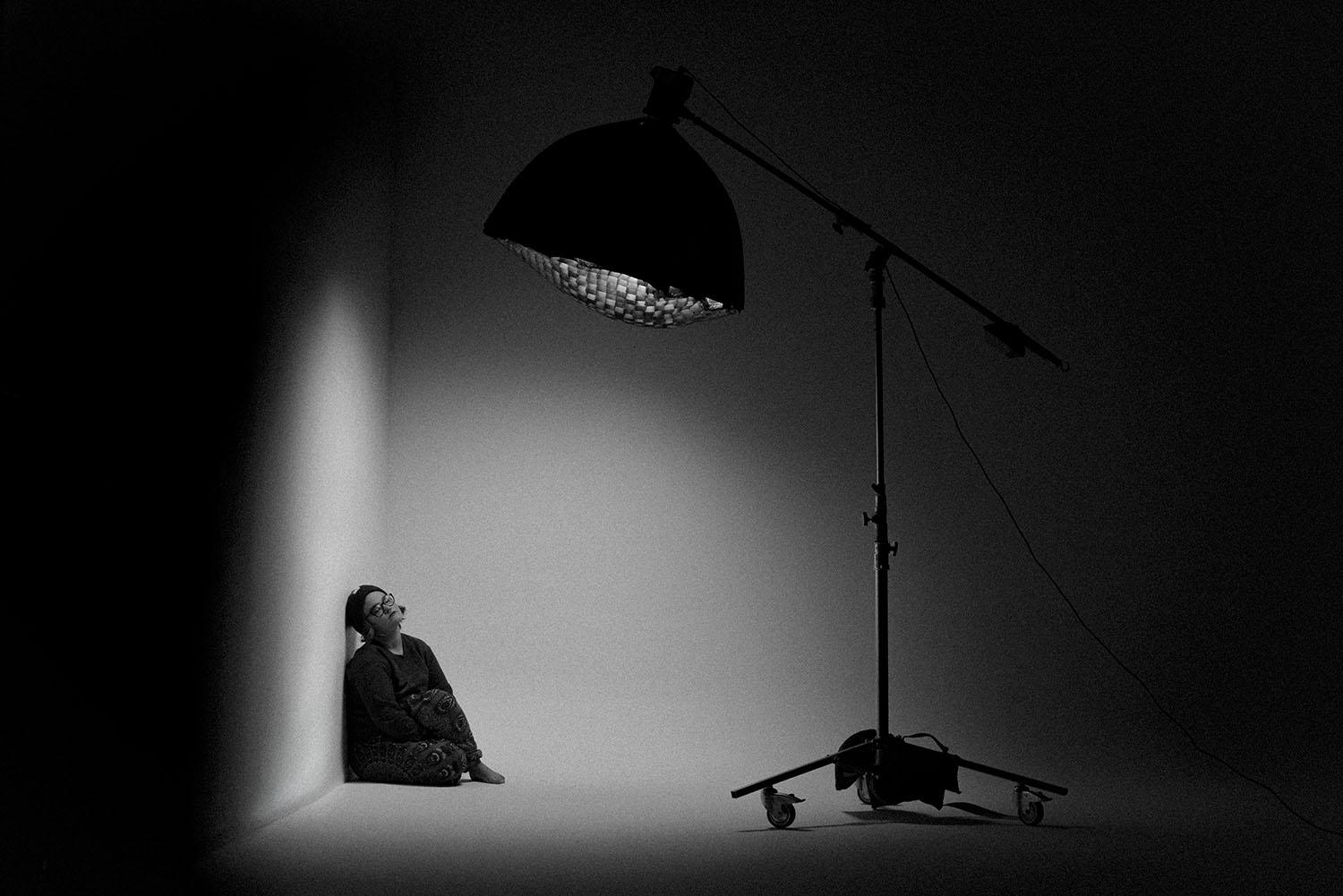 When Missy Johnson first began bingeing and purging regularly in high school, she felt like she had to isolate herself from everyone. Bulimia nervosa was her dirty little secret, her closest addiction, and she feared that by letting anyone in they would take it away from her, she said.

Perhaps if my pant size were a few numbers lower, the boys would notice me, and I would get invited to all of the parties. Maybe life would swell, and all of my problems would be solved. I did the only thing I knew to do as a 14 year old in the 9th grade. I walked back into that same bathroom at home with the same whirlpool and the same juniper green paint and stuck my fingers down my throat. It took what seemed like forever to get my dinner to come back up, and I worried that my parents would hear me, but I was committed. I was sick of being the big girl, and at that moment, I was willing to trade my soul to be noticed.

I want to say none of my expectations became a reality, but that’s only a half-truth. I got a lot of longed-for attention, and my peers regularly commented on how much weight I’d lost. I felt powerful. I felt noticed. It was the one area of my life where I felt totally in control. Aside from that, my problems mounted. I distanced myself from my family. Bulimia nervosa was my dirty little secret, and I had to protect it. I lived in fear that people would find out and think I was gross, but more importantly, I feared that someone would try to step in and take it from me.

Void of any life skills to help me deal with adolescent emotions, I instead adopted the tricks that “For the Love of Nancy” had taught me. I hoarded trash bags and Tupperware bowls of vomit in my closet and guarded my bedroom like Fort Knox.

My eating disorder was a full-time job and left no time for developing social skills or excelling in school. No matter how much weight I lost, I never believed I was thin. Ten more pounds would always be the key to happiness, and when those 10 pounds were gone, I just needed to lose 10 more.

Like an addict, the process of bingeing and purging was just as important to me as the physical results. I escaped. All that mattered was shoveling as much food in my mouth as quickly as possible and hovering over a toilet until the only things coming out of me were stomach bile and tears. My knuckles were always bloody from teeth marks and chapped from saliva. My teeth became sensitive and brittle, my hair the texture of straw and an electrolyte imbalance that led to grand mal seizures.

I don’t recall exactly when, but the high I got from bulimia ceased being enough for me, and I turned to drugs and alcohol for an even deeper escape. For a decade, I battered and abused my body. My sole reason for living was to figure out a way to become numb. Every second of every day, I sought an escape, be it in food, drugs or alcohol. I didn’t recognize myself and was waiting for death so it could all be over. 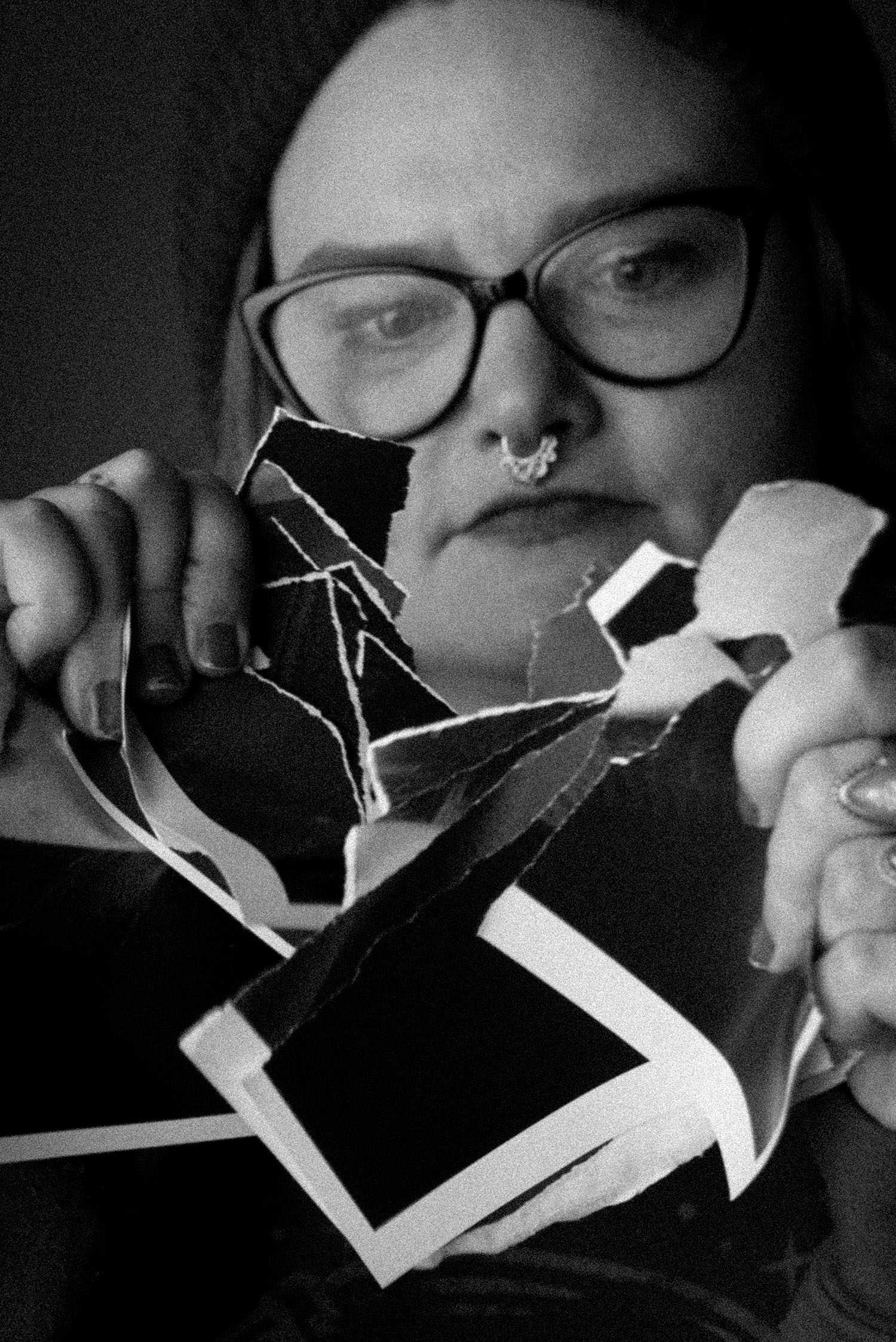 Johnson said the combination of bulimia with alcohol and drug addiction tore apart who Johnson believed she was — her addiction to abusing her body and seeking power over her weight tore her life into pieces.

By the age of 28, I was a full-blown heroin addict. During a six-month stay at my fourth substance abuse treatment facility, I asked the program’s health and wellness facilitator if it would be OK if I could come into her office to weigh myself. I had been in treatment for a few weeks and was being graciously fed three meals a day. Surrounded by over 100 women fighting for their lives, I didn’t have the privacy necessary to purge my food. When I stepped on the scale that day, my body crumpled like a rag doll, raging that my body was gaining weight.

“Do you have an eating disorder?” the staff member asked. I assume she could tell from my reaction after stepping on the scale.

And right then and there, I did it. I gave up my most precious secret.

A monumental moment for me in hindsight, I had just enough will to live to tell the truth to someone. I was assured in the Recovery Kentucky treatment center that substance abuse and eating disorders often go hand in hand and that I was not alone. I started to open up to those around me and sought counseling for my issues with food. Although I continued to binge and purge, I believe my recovery from my eating disorder began that day. I took the advice of my mentors and tackled one beast at a time. For me, the most life-threatening habit was drug use, so I focused on getting better from that first. 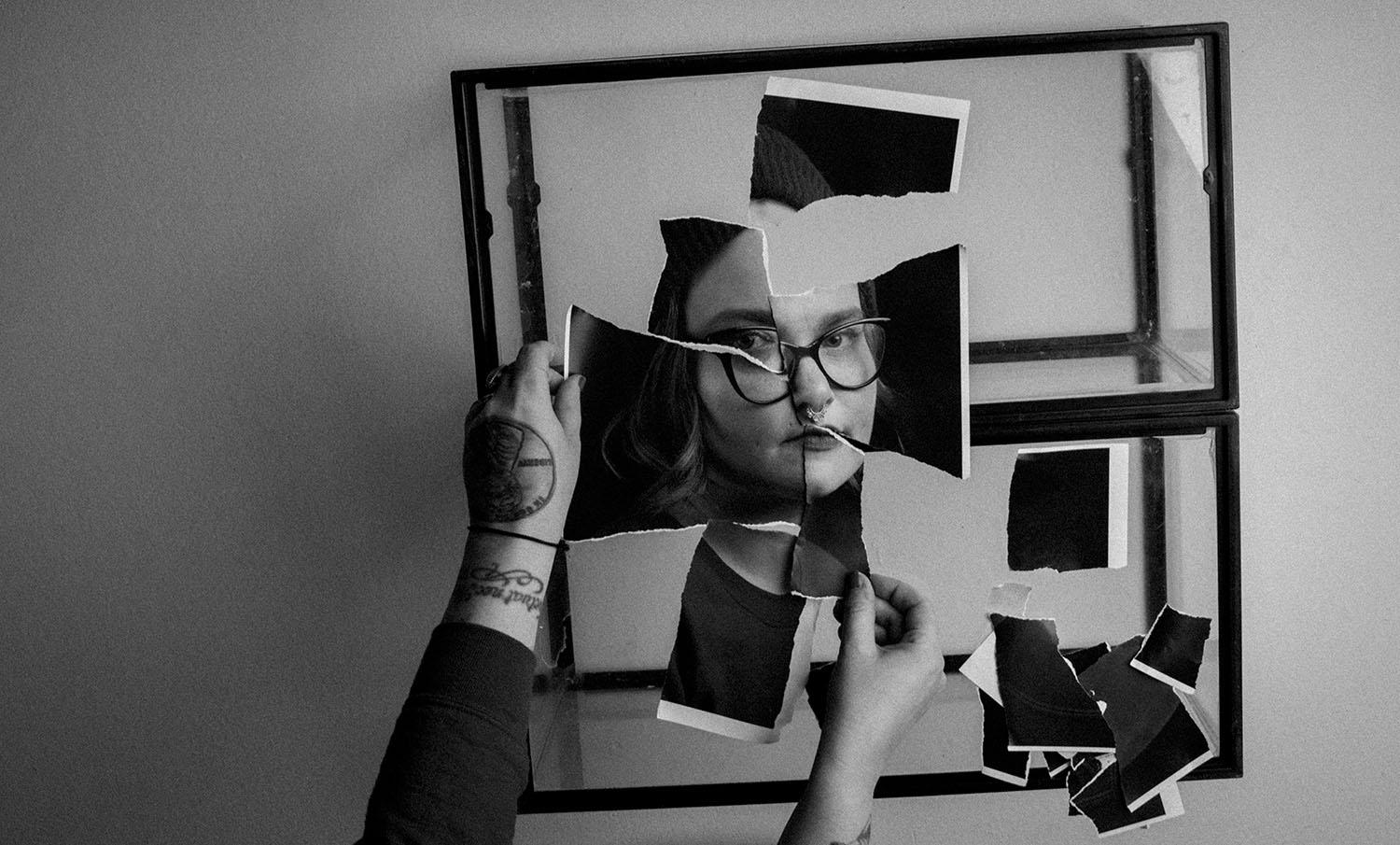 Johnson is still putting all the pieces of her life back together, she said. For her, she said that overcoming alcohol and drug addition has been an easier task than overcoming bulimia.

Upon completion of long-term treatment, I entered a 12-month sober living facility that consisted of a dozen women who were granted studio apartments inside of one main building and were required to attend therapy sessions, various classes and 12-step meetings. After three months, we were allowed to gain employment. I got a job with a company that I am proud to say I have been with for six years, but the freedom and extra income aggravated my eating disorder at first. I spent thousands of dollars in fast food drive-thrus and knew all of the gas stations with private restrooms. Every day I would binge and purge before returning home.

My recovery community said the only thing I’d have to change in sobriety was everything. I felt a deep gnawing in my gut, knowing that with bulimia came a behavior I’d have to overcome if I ever expected to have a healthy life. I asked another woman who was in recovery from bulimia to help me heal from an illness I couldn’t imagine living without. We took small steps, and she always gave me permission to fail.

One day at work shortly after that, I ate a few donuts and excused myself to the restroom to throw up, and the truth dawned on me: I was a new person, and I didn’t have any use for bulimia anymore. The person I was becoming was kind, compassionate and, above all else, honest. And I didn’t want to be anything but that to anyone in my life, especially myself. Sneaking into that bathroom that day felt sneaky, and I didn’t want to be sneaky anymore. I made a deal with God that day that I would eat anything I wanted — I just couldn’t throw it up. I got rid of my mirrors and held on tight to those around and my new tools in recovery. I became willing to do anything to get better, even if it meant gaining weight.

I’ve been sober from drugs and alcohol for six years now, and I couldn’t have dreamed up the life I have today, but my recovery from bulimia hasn’t been quite as linear. I’ve fallen and scraped my knees several times, but somehow I’ve always made it back to the same decision I made that day after I ate the donuts — I want recovery more than I want to be thin, have control, escape or any of the things that led me to my eating disorder in the first place.

Just for today, I am enough and worthy of love and the best possible outcome, and I believe that. Just for today.