The lawn outside of Fine Arts Center was buzzing Wednesday afternoon for one of my favorite events: Potter College’s 2016 Fall Festival.

Potter College of Arts and Letters’ 12 departments, representative of 34 majors, came together to put on the festival, complete with souvenirs and live student performances.

Perhaps the most important part of the fall festival was the free T-shirts that were given out by Potter College. This year’s shirt featured Wally the White Squirrel hugging (or munching on, I’m not sure) a pumpkin. “Fall in love with Potter College,” the shirts said in dreamy print above Wally. 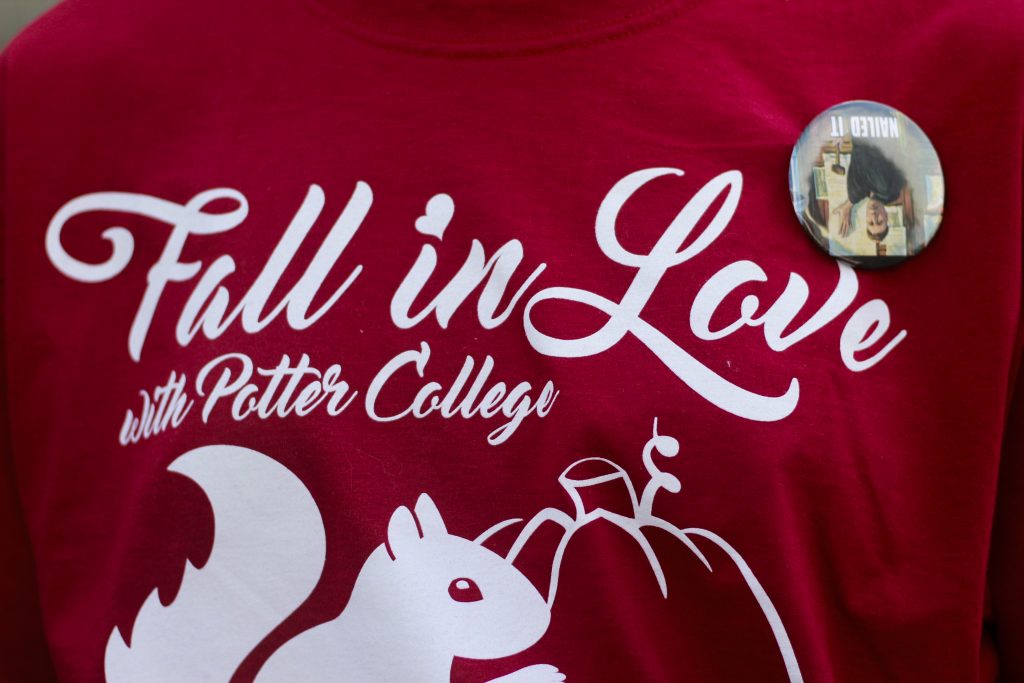 When I first showed up to the festival, the second of three T-shirt giveaways had ended. I found out that they ran out in less than five minutes of handing them out. I couldn’t describe my despair; I had missed one of my only shots to get this year’s coveted Potter College T-shirt.

While I waited for the third and final giveaway, I designed my own gravestone at the anthropology department table. One gravestone on display declared a mysterious “Lucy” to be deceased. How? “Death via food,” the headstone said. Lucy was commemorated by her famous quote, “YOLO.” She will be missed.

In the English department tent, students toiled away on short poems on request, free of charge. One English major wrote a poem about life and death for me. She wrote, reassuringly:

Fear not the darkness,
we’ll meet in that place
beyond the grave

I even stuck my head in a guillotine at the history department table for a grim selfie. Were these morbid pastimes signs that I was taking the T-shirt thing too seriously? One can only wonder.

There was nothing to worry about, though, because I eventually got a shirt by securing an early spot in line for the third giveaway of the fall festival. Now, T-shirt in hand, I was free to fully enjoy the brighter side of the event.

I stood and watched a five-person troupe sing selections from Little Shop of Horrors. Then, the WKU Dance Company performed an artistic piece.

But what really took the cake was the showdown between Wally the White Squirrel and Big Red himself. They went head-to-head on stage in a dance-off for the history books. Good thing the history department was there to record it in meticulous detail.

The Art Guild had a table full of half-completed sketches, one of which they graciously let me finish for them in charcoal and pencil. Another tent gave away free pumpkins filled with red and yellow flowers in preparation for Halloween. Free food and drink were abundant. 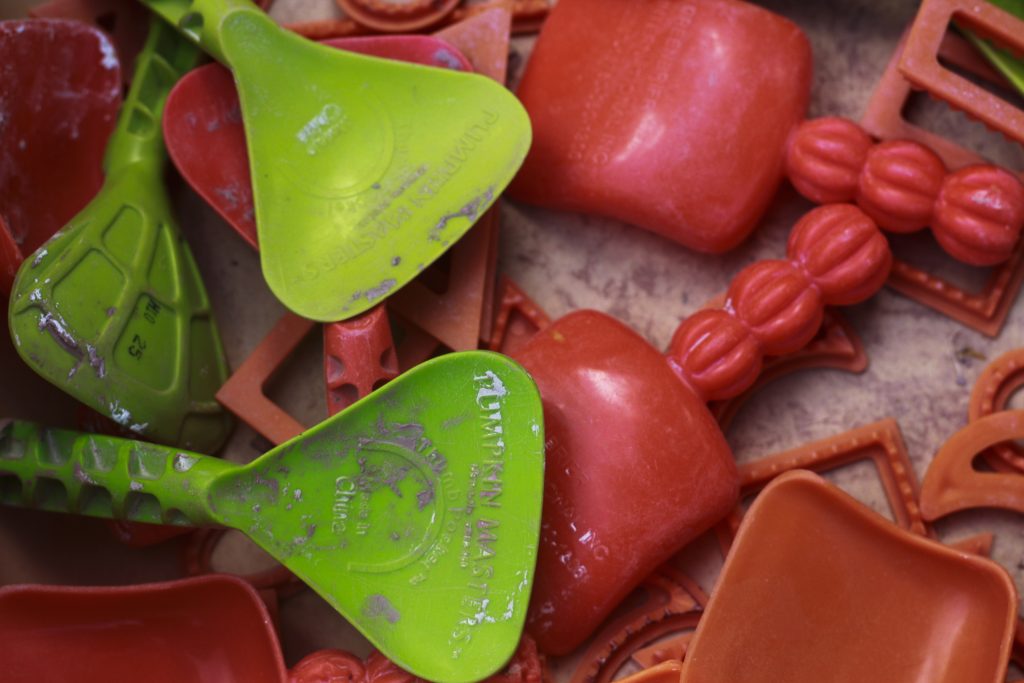 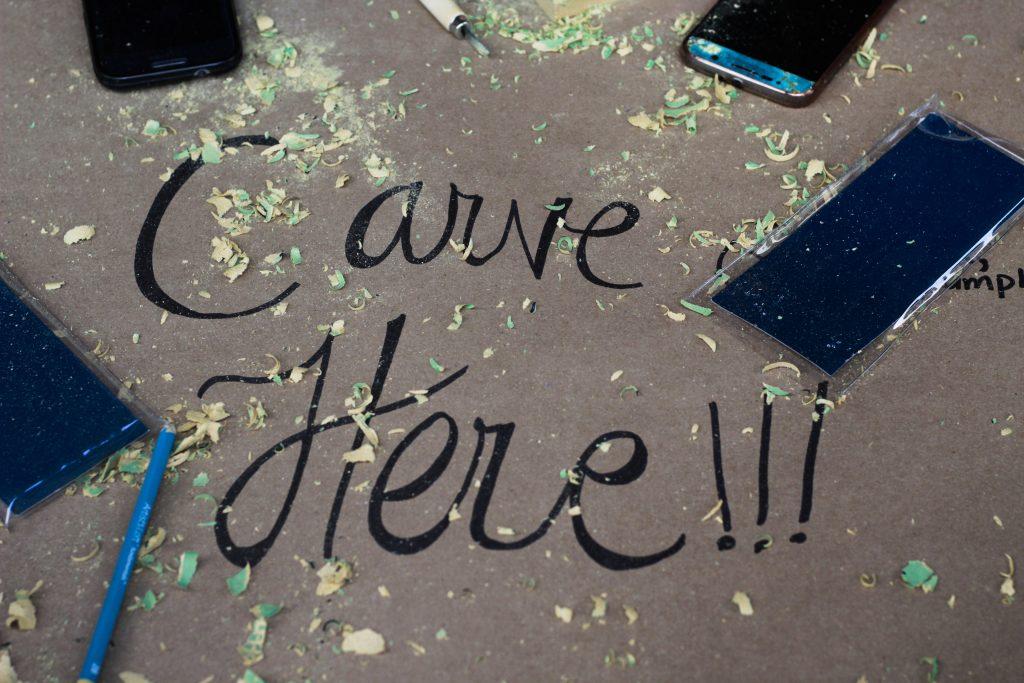 Hopefully, you got to experience some of the fall festival, too. I could tell lots of little details went into making it fun.

Mostly, it was all about the shirts, though.