Those who frequent the first floor of Cherry Hall are familiar with the unspoken tradition of writing on the bathroom stall doors. For years, these doors have been etched with a variety of phrases, ranging from the literary to the inspirational and even occasionally to the offensive. This tradition has even been the subject of a Talisman article.

This fall, students arrived back on campus to discover dry-erase boards and markers had been placed atop the previously scrawled messages. 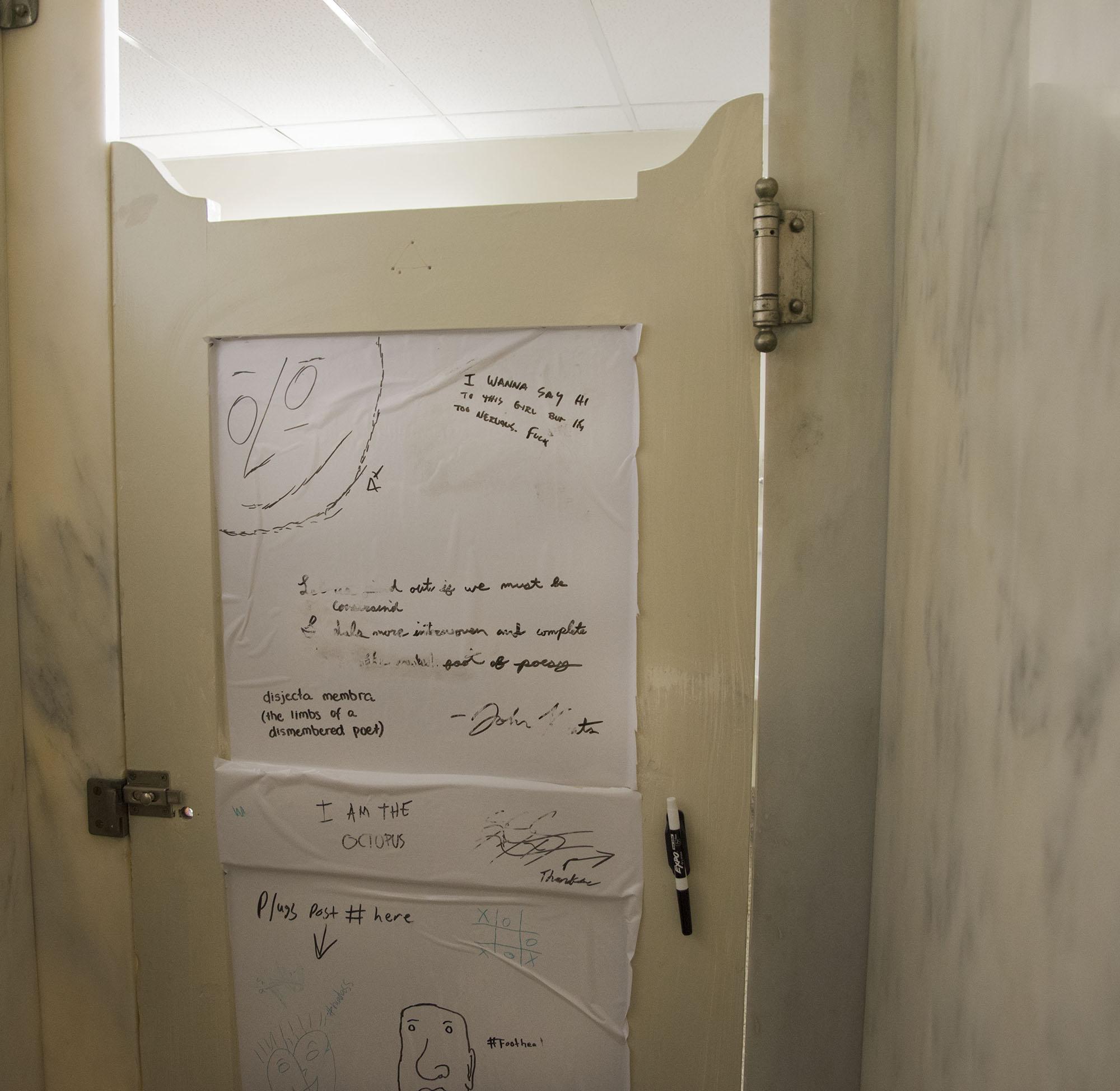 The action was met with mixed feedback.

Though Elizabethtown senior Jessica Barksdale liked the accessibility and practicality of the dry-erase boards, she also had a slightly different perspective.

“I like the concept a lot, and I like reading the notes, but I also feel as though there used to be something rebellious about it, and it’s too easy now,” Barskdale said.

Both Carly and Jessica agreed, however, that they appreciate how easy it is to erase offensive notes.

There’s something philosophic to be said about the new dry-erase boards. Before, writing a message on a stall door was a permanent way to leave a mark, to make your presence and existence known. You were conscious of what you wrote, knowing that it would be there forever — or at least until the doors were covered in a fresh coat of paint the next semester.

Dry-erase boards are different. Your temporary message is at the mercy of all who enter into the bathrooms and could be erased at any given moment. One also doesn’t have to put as much thought into a message that could be easily erased; it’s less commitment. What was once a small act of rebellion is now a permissible action that is not only condoned but encouraged.

Of course, that’s a lot to read into when thinking about dry-erase boards in a college restroom. However, it is a noticeable difference to go from a sense of permanence and rebelliousness to knowing that whatever message you wish to send to the world could last anywhere from five minutes to five months.

Recently, I went to use the restroom and noticed a message on the door that rubbed me the wrong way. I spent a minute stewing about it and hating that other people had surely seen it. But then, I realized that I had the power to remove it.

I took some toilet paper and erased those words from the door, leaving all who would enter the stall after me to never know what it had once read. Oddly enough, that act of rebellion was almost as satisfying as it once had been to etch a message into the wooden bathroom doors. I suppose this means rebellion can manifest itself even in the most innocent of actions.