Last semester’s abrupt switch to online classes left many students with hundreds of meal plan, or flex, dollars on their account.WKU decided to roll the meal plan dollars over into the fall semester, which for me, meant that instead of getting the usual $300, I had $500 this semester. Students who have fewer than three face-to-face classes, however, will only have the flex dollars that rolled over from last semester.

In previous semesters, I spaced out my amount of meal plan dollars per month in order to last the entire semester with enough money to get Starbucks a few times a week. But with the looming threat of another campus shutdown due to the rising number of COVID-19 cases, I found that budgeting was no longer a need.

So, I took a day to find ways to blow my meal plan dollars and find tips for those who may also want to spend all of their dollars in a short amount of time.

To begin my day of careless spending, I headed to Starbucks. Usually, I get a grande iced coffee with almond milk because it’s cheap but still has enough caffeine to keep me fueled for a few hours. This time I upgraded to a venti latte with almond milk. I also ordered egg bites for breakfast, which were a nice addition to the meal, making my total come to $10.27. 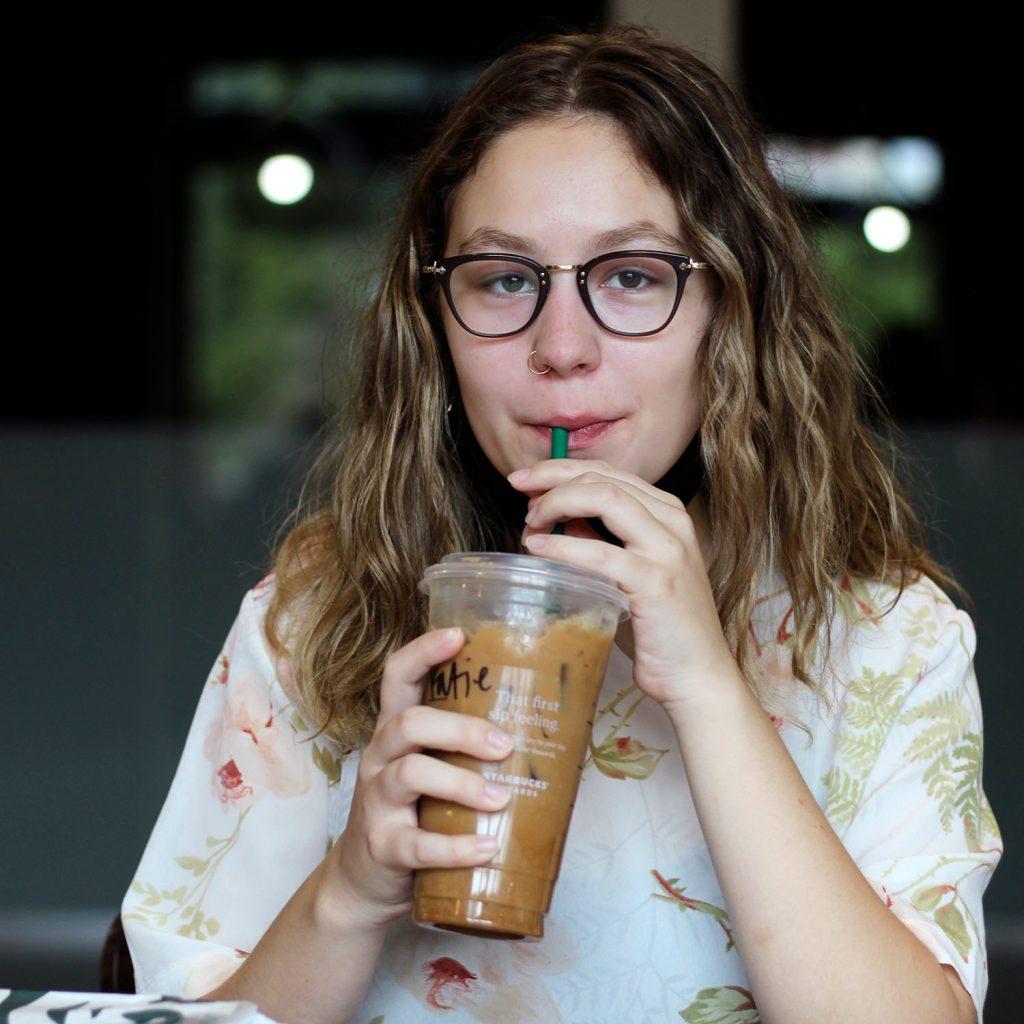 Upgrading to a venti latte with almond milk and adding egg bites brought the cost of a breakfast at Starbucks up to $10.27.

I more than doubled my usual total by upgrading to espresso, a refreshing boost to get me through the day, and treating myself to a meal out instead of eating cereal at home. Beyond simply increasing the size, milk substitutions or extra shots of espresso will raise the price an extra 50 cents on any drinks.

For lunch, I went to Bene Pasta in Garrett Food Court. At Bene, I usually get the one meal option (the standard size costing $6.29 without tax) but in order to spend more, I ordered two meals, which automatically doubled my order. I also bought a fountain drink instead of drinking my water, bringing my total to $15.33. Bene has options to add extra meat, cheese, sauce and veggies, as well as doubling the meal as I did.

For dinner, I decided to head back to DSU for Burrito Bowl. I ordered what I always get just to test if I could keep some things the same and still spend a lot in one day. So, I ordered the Baja queso bowl, but I substituted meat with black beans which added 50 cents to the order. I also got a fountain drink. My total of $9.27 was my lowest priced meal of the day.

Burrito Bowl has many different ways to spend extra meal plan dollars. Instead of getting a premade bowl, there is an option to build your own that brings the total higher, as well as many other menu options that are not meal swipes. Additionally, Burrito Bowl sells smoothies that are a great way to spend meal plan dollars and still stay relatively healthy. 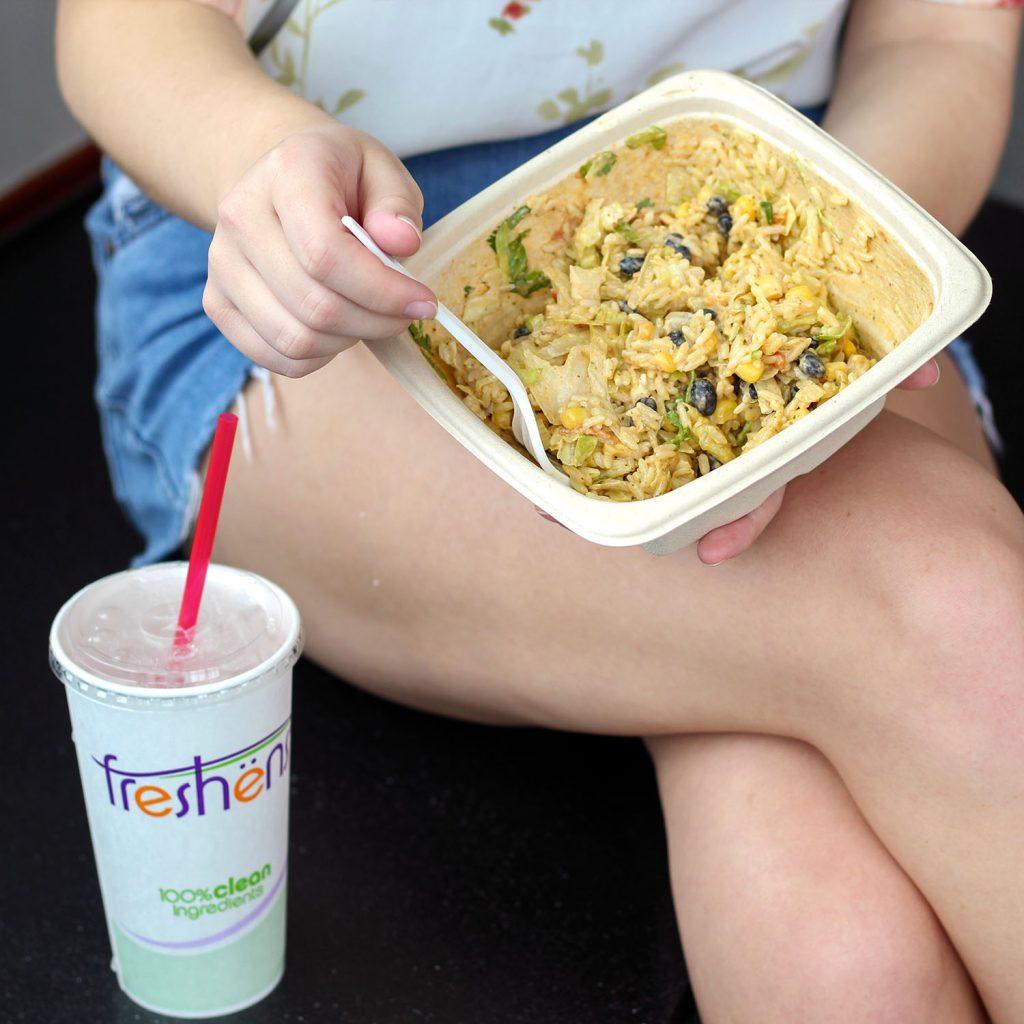 For dinner, a baja queso bowl from Burrito Bowl, with meat substituted with black beans. At a total of $9.27, this was the cheapest meal purchased.

The last place I went for the day was P.O.D. Market to buy some groceries. Going grocery shopping in P.O.D. or the Pit Stop Convenience Store by Pearce-Ford Tower is a great way to spend meal plan dolars fast, but in a more practical way. I bought an Ale-8, blueberry lemonade, a raspberry peace tea, a box of pasta, a pack of ramen noodles, two bags of chips and a candy bar, totaling $22.06.

P.O.D. also sells toilet paper, paper towels, medicine, some school supplies and various other necessities. If I had not gone actual grocery shopping the day before, I definitely could have spent more here.

In total, I spent $56.93 in one day by making small and easy changes to my usual food orders. In theory, it would take me about 10 days to spend all of my meal plan dollars if I ate about the same and took a shopping spree at P.O.D. every day. It would also be easy to raise the total per day if needed. Buying a whole pizza or cookie at Papa John’s, ordering a feast from Red Zone and getting coffee or tea from Starbucks or Java City with every meal are just a few other options.

So, if campus were to close and students were to only have a short amount of time to leave, there would still be a way to spend every last penny of your meal plan dollars even if there is more on your account  than usual. Happy spending! 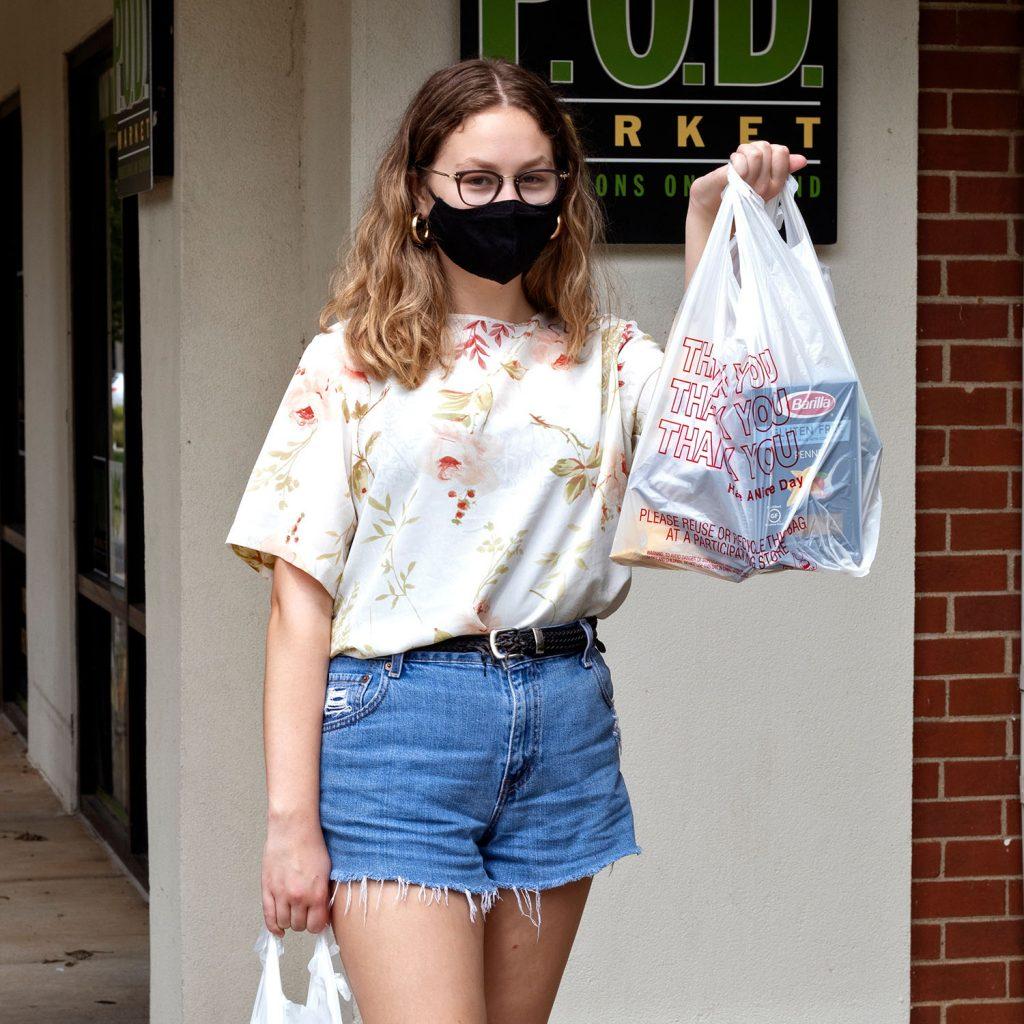 P.O.D. Market offers a variety of things for students to purchase with their meal plan dollars, ranging from food to school supplies to toiletries. This splurge consisted of candy, pasta, and beverages among other things, totaling $22.06.