The curious case of the naked lady

Krista Erickson, a study abroad adviser at WKU, became interested in art as a child because of her parents’ artistic talents.

“I used to beg my parents to send me off to art camp,” she said. “They’ve always been supportive; they just couldn’t afford it.”

After taking a year of ceramics as an undergraduate, Erickson continued her artistic passions throughout graduate school as a studio potter in New York. Once she came to work at WKU, she eventually solidified herself as a recurring figure in the Fine Arts Center’s ceramics studio on Tuesdays and Thursdays and a prominent member of the Clay Club.

Although Erickson has made international education a set career path, the 33-year-old said art is something that she is still exploring, reluctant to even peg herself as an artist just yet.

“I like sitting in a corner pinching away,” said Erickson, referring to her clay figurines as “sculptural little pinch pods.”

This intuitive approach to art has led to some of Erickson’s “weirdest” projects, as she would call them, including her Naked Ladies.

Set to display six of her 18 Naked Ladies at an art exhibition held in FAC Oct. 7 to Nov. 7, Erickson said that only five of her figurines were present in the main gallery, when there were supposed to be six. One of her ladies went missing during the exhibition on Oct. 7.

Allison Denny, a Elsmere senior majoring in sculpture and ceramics, said that she was “very surprised and shocked” to discover that someone had stolen Erickson’s work. Denning said that she has seen the work that Erickson put into her figurines and that  Erikson began sculpting her first naked lady back in the spring of 2017. 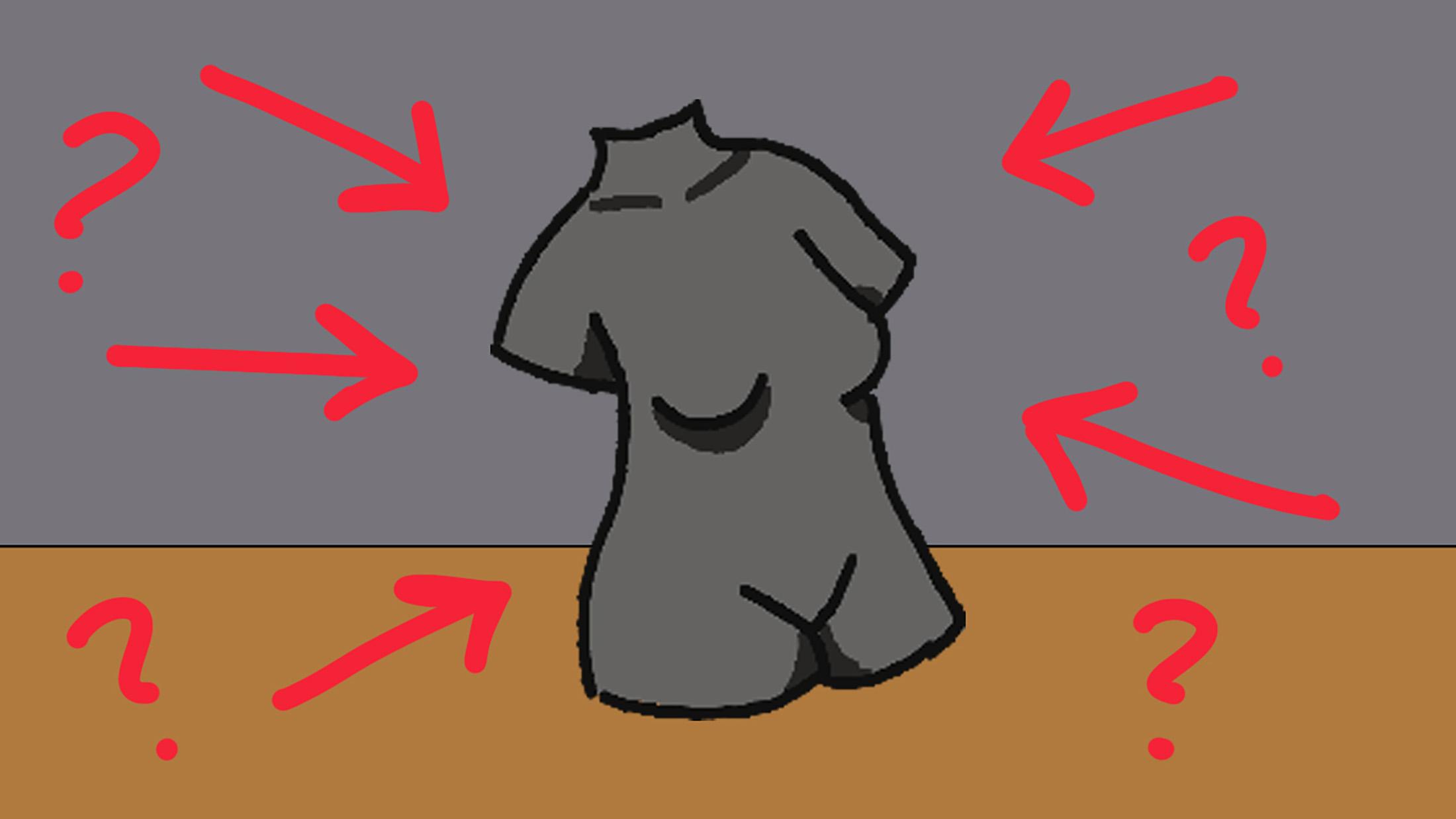 “It was like there was this sense of intrusion,” Denny said. “This is a safe space for all of us — there’s people here that work 40 hours a week alone in FAC on their pieces. People practically live there. And the fact that someone took advantage of that safe space is just sad.”

While the buzz surrounding the disappearance of the Naked Lady has died down throughout the halls of FAC, the theft has opened new conversations among students and faculty regarding the value of art and the respect of artists in general.

“I would’ve been pissed if someone had taken my piece — I work hard on my stuff,” said Alex Smiley, an Owensboro senior majoring in visual studies and art education. “I have a great admiration for digital and 3D art, but that doesn’t mean that I can’t understand the work that went into that sculpture. There was a vulnerability that the sculpture had, and it takes a lot of courage to put yourself out there like that.”

Smiley compared the theft to someone hacking into her computer and stealing her animations, a problem that she would immediately “take to the authorities.” She also pointed out that professional art galleries utilize security systems to protect the artists’ work.

“There is no surveillance in Dean’s Gallery, and personally that is why I never submitted,” Smiley said. “I’ve always been scared that my piece would get stolen or destroyed. Sometimes there’s schools that would come in and do activities in the gallery, and I get concerned because little kids would touch everything. If they had some way of monitoring my work, then I would submit it.”

Smiley said the lack of surveillance in Dean’s Gallery makes her feel “underappreciated” as an artist and believes money could be invested in some type of security system. Smiley suggested that the Fine Arts Department could hire student workers to monitor student artwork during regular gallery hours, which are from 8 a.m. to 4:30 p.m., Monday through Friday.

“There’s a certain respect that artists have for each other in the real world — people just don’t touch your work,” Erickson said. “I went to NCECA’s annual ceramics conference in Minneapolis, Minnesota, back in March, and there were thousands of works on display. Not once did anyone touch anything, and there were rows upon rows of artwork.”

Erickson said she believes the person who stole her Naked Lady “lacks ownership” and failed to understand how complex the creative process is for an artist.

“There should be a gallery showing where the title of the works that are displayed has to be how many hours went into one piece,” Erickson said. “This will give people the opportunity to set their own value on a piece of artwork. A student could’ve spent two hours on a piece, or two days. I think that’ll give people a better idea of how long students actually work on their pieces and what it may feel like to have it stolen.”