Up early for Record Store Day 2018

Mellow Matt’s Music and More is sandwiched between a Pizza Hut and a salon in an unassuming storefront off Scottsville Road. But at 6:30 a.m. on a chilly Saturday morning, a line of nearly 50 people wrapped around the strip mall waiting for the doors to open at 7 a.m. sharp. Coffee and breakfast tacos were being served at a table nearby. The sleepy-eyed patrons had shown up early for Record Store Day.

Held annually nationwide since 2007, Record Store Day was conceived of “as a way to celebrate and spread the word about the unique culture surrounding nearly 1400 independently-owned record stores in the U.S. and thousands of similar stores internationally,” according to the Record Store Day organization’s website. Record labels have started putting out exclusive releases especially for the holiday, encouraging music fans to visit their local record store on the third Saturday in April to check out the offerings.

At Mellow Matt’s, people of all stripes awaited their opportunity to pick up some records. Justin Wallace, a Marion resident, said he has been into music since he was very young.

“My aunt collected records and CDs,” Wallace said. “I think it’s cool to own something that’s hard to find.”

Like many people at the event, he expressed an appreciation of the medium of vinyl itself.

“With the internet, if you want to show someone a song, you can just pull it up on YouTube and play it, but you wouldn’t show them the rest of the album, or the cover, or the poster that came with it,” he said. “On a record, you wouldn’t just move the needle to the song you wanted … you get the whole front-to-back listening experience.”

Wayne Wilson, Jon Wilson and Billy Graham, all Owensboro residents, hung near the front of the line. Jon and Billy pointed to Wayne Wilson as the most knowledgeable regarding records.

“I like the rare stuff you can find, things that aren’t online,” Wayne Wilson said.

The others chimed in that they liked the “old-school” aspect of record collecting.

The store itself is a modest establishment — no bigger than two dorm rooms — but is full of the quirky vibe that Record Store Day seeks to celebrate. Dozens of 45 rpm singles are stuck to the ceiling, and bumper stickers and posters are displayed above the shelves. The only blank spaces on the wall were from where people had taken things down to purchase.

Once the store opened, people began streaming in. Some customers at the end of the line had to wait outside until the first people checked out because the small shop was filled with people.

Among the patrons, there seemed to be no rush for the checkout counter. They perused the shelves carefully, flipping through the albums trying to find the release they were looking for. A man in a Harley Davidson jacket picked up a record, pulled a memo pad out of his pocket, and crossed the item off a list of several things he hoped to find that day.

Matt Pfefferkorn, aka Mellow Matt, observed the crowd from outside in the parking lot. A music fan since age 7, Matt opened his namesake store in October 2013 after 30 years in the music-selling business. This was his store’s fourth Record Store Day, and by far the largest, he said.

“Last year the weather wasn’t great, but I’m shocked at the turnout today,” Pfefferkorn said. “Last night at quarter to 6, before we’d even closed, we had people lining up for today.”

Some people left with just one special record, while others had 20 albums tucked under their arms as they squeezed their way out the door. Unlike the competitive, full-contact shopping that occurs on Black Friday, the atmosphere here was jovial and friendly — strangers chatted with each other, asking if they’d found what they were looking for.

GALLERY: What did you buy at RSD? 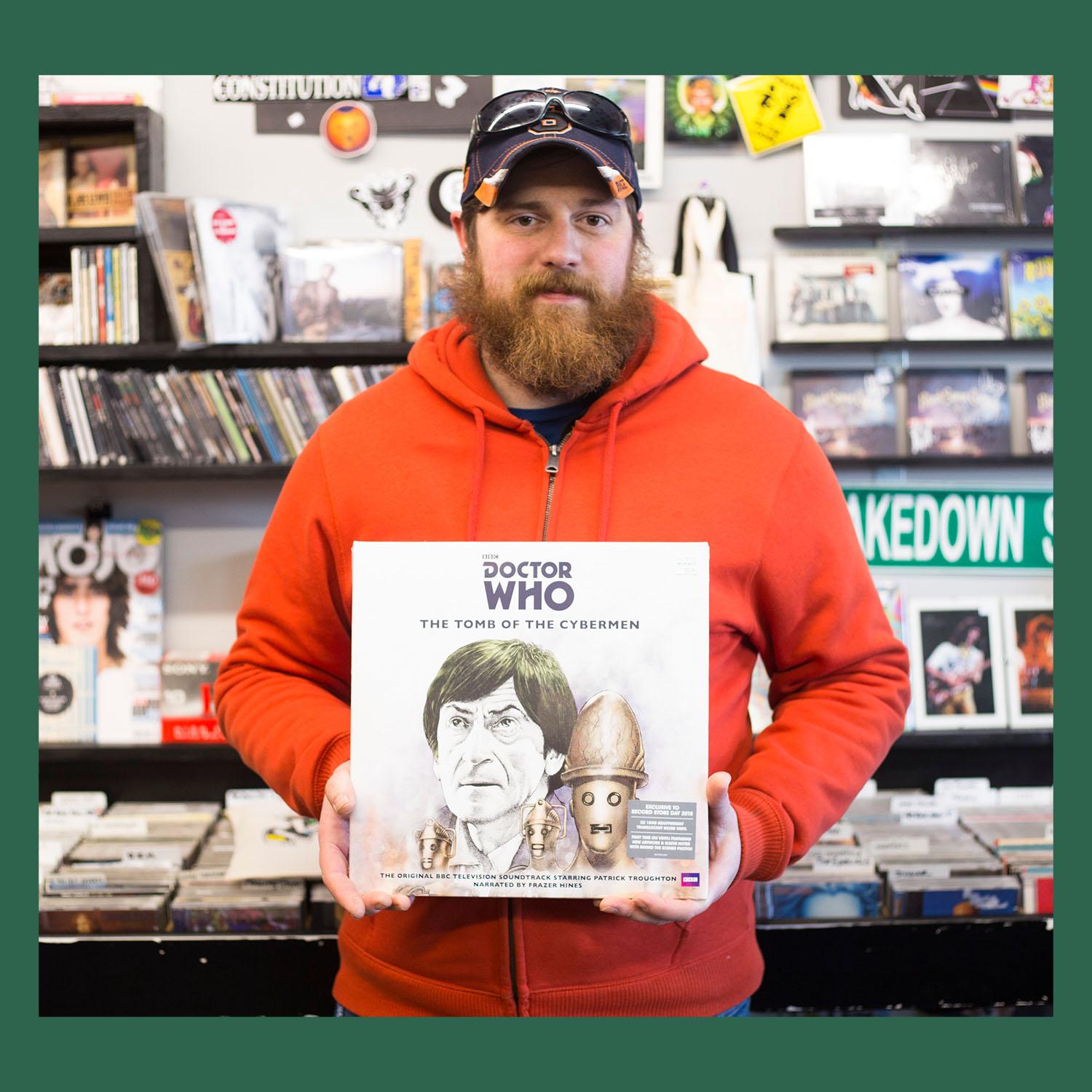 Name: Eric Pisher
Age: 32
Record: Doctor Who Soundtrack
Waited in line since 7 p.m. the night before. 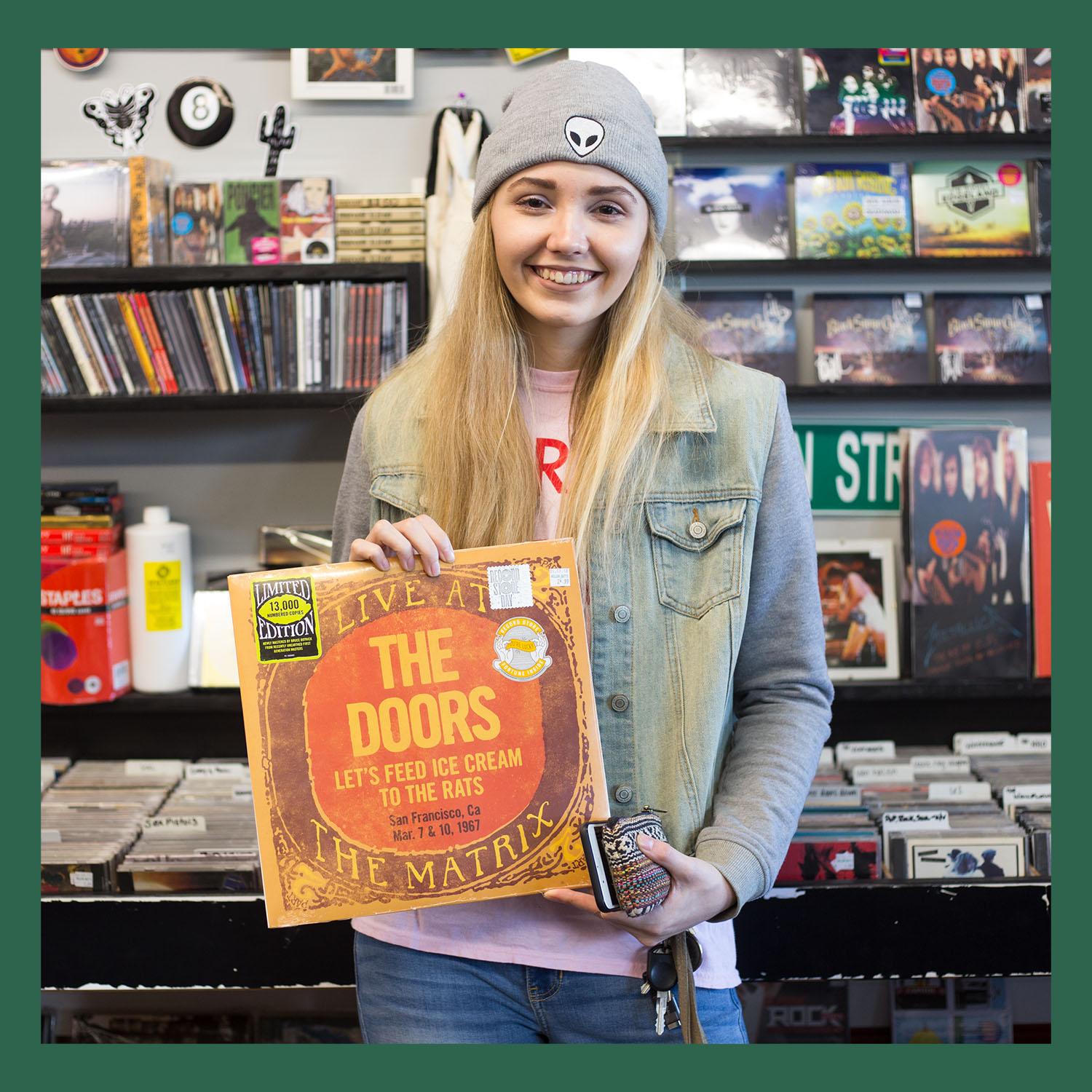 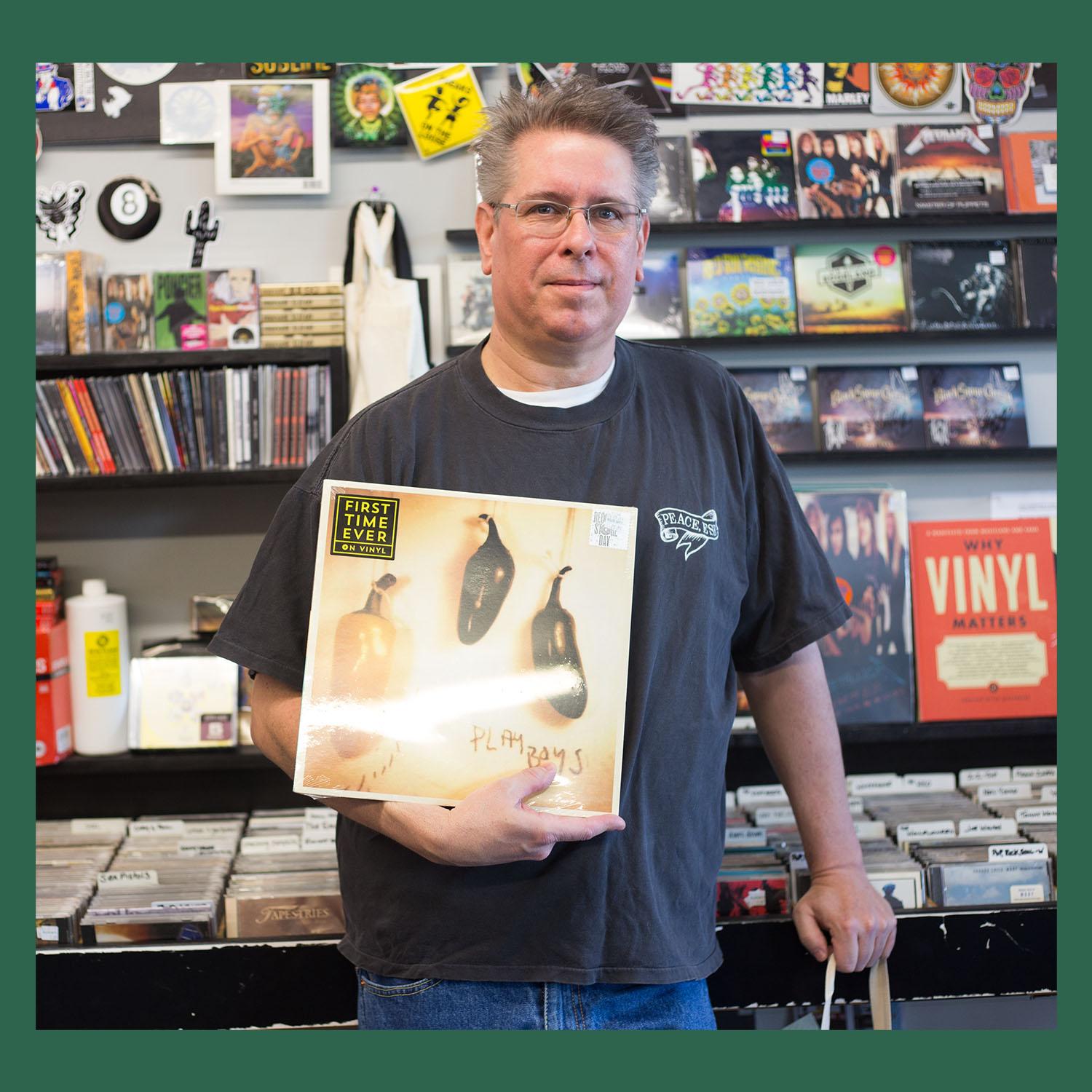 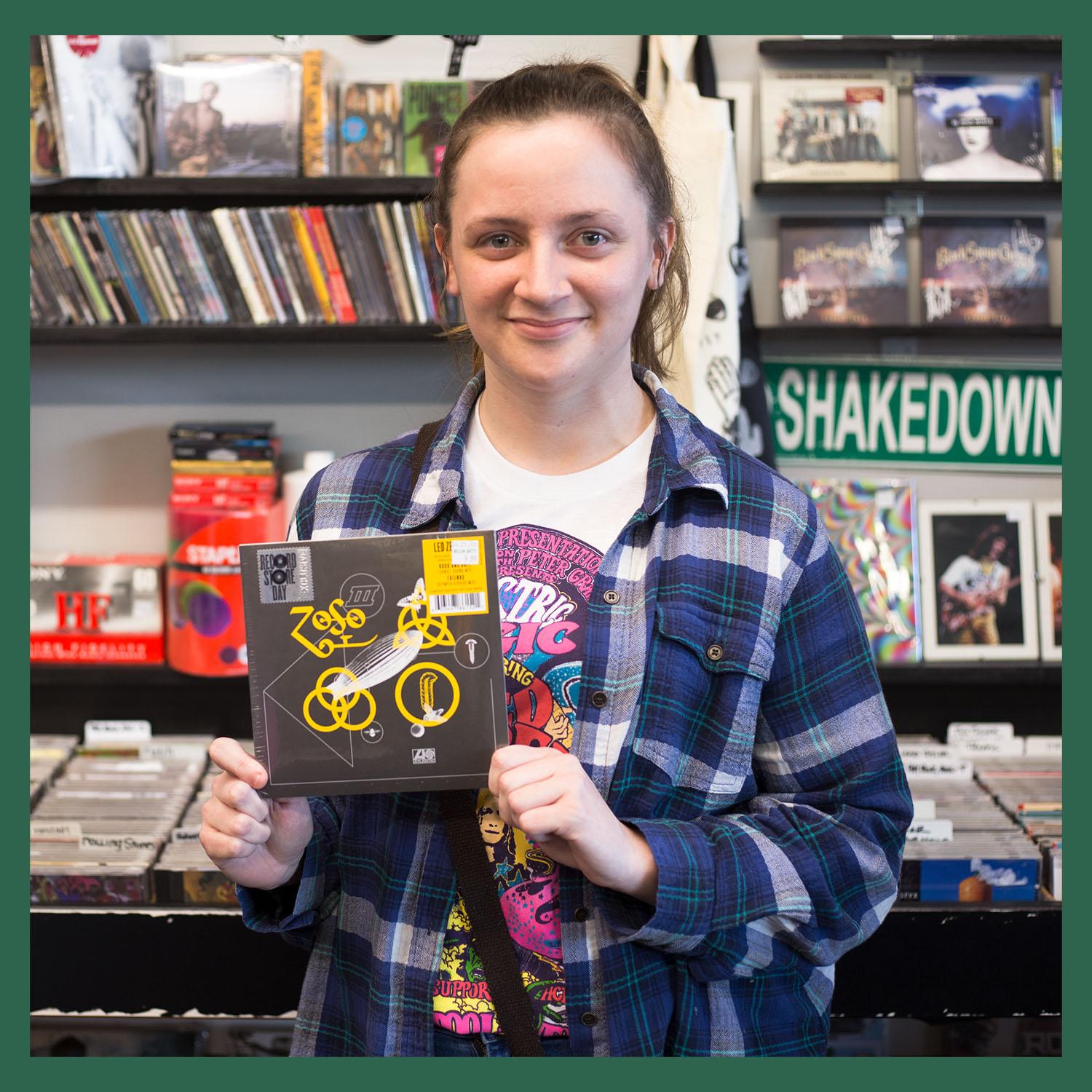 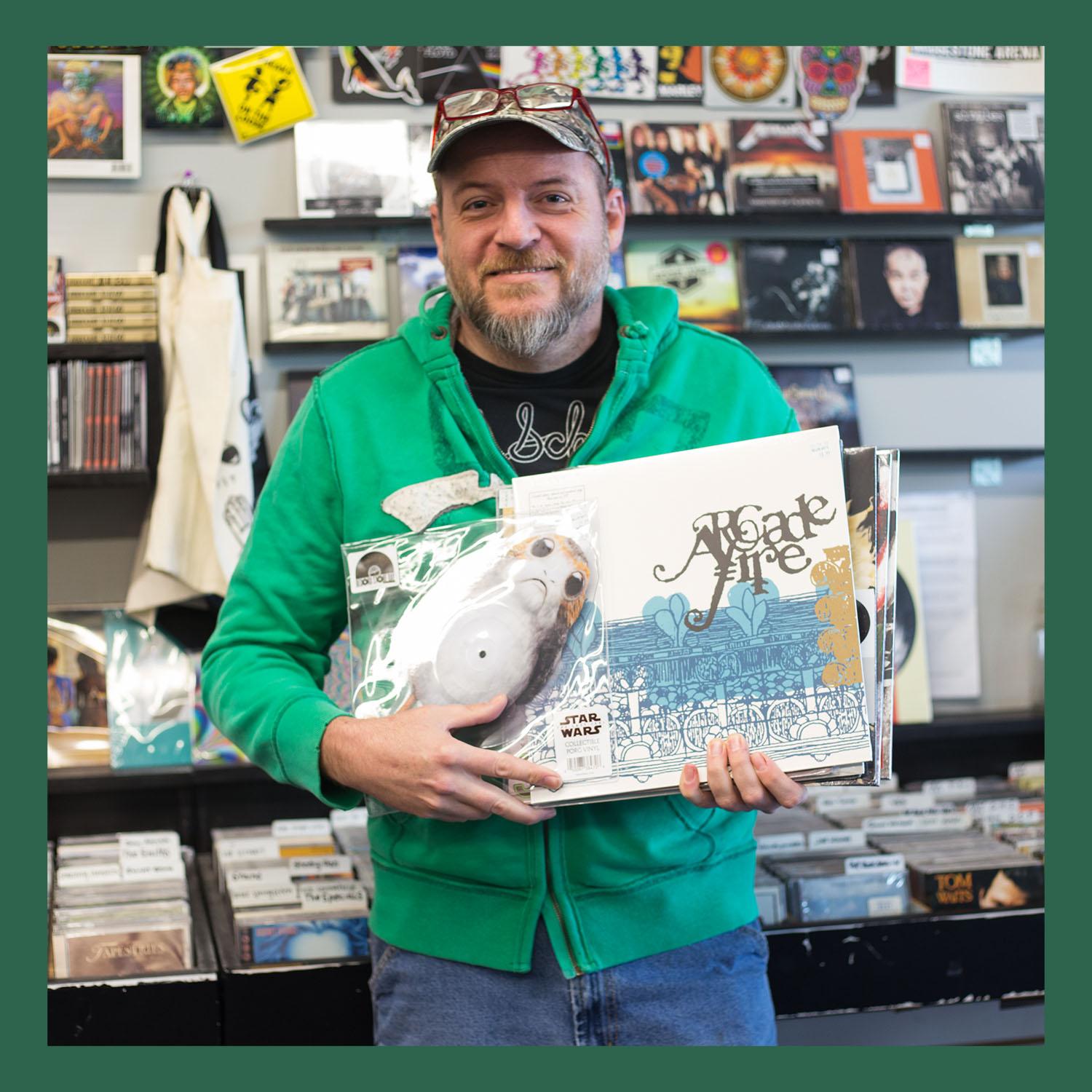