Saturday was a bleak and stormy day, the kind that usually encourages people to stay inside if at all possible. But at the A-Frame, a concert venue and event center just north of campus, the rooms were full of vendors and shoppers for the second-annual Bartering with Babes event.

Held the day after International Women’s Day, women from the area set up booths and sold the goods they’ve created–– from art to clothing to ice cream. Bartering with Babes gives residents a chance to buy local and support the creative community, but it’s more than just a marketplace to pick up some locally-made items.

“I just really wanted to focus and make it all about women, because I feel like we need to be recognized a little bit more for what we contribute to the community,” organizer of the event, Shkala Smith, said.

The first annual event was held in November of 2017 but Smith said she switched the date to March this year in order to coincide with Women’s History Month and International Women’s Day.

“We have a really wide variety of the types of people who vend here and shop here.,” Smith said. “It appeals to a lot of different people.” 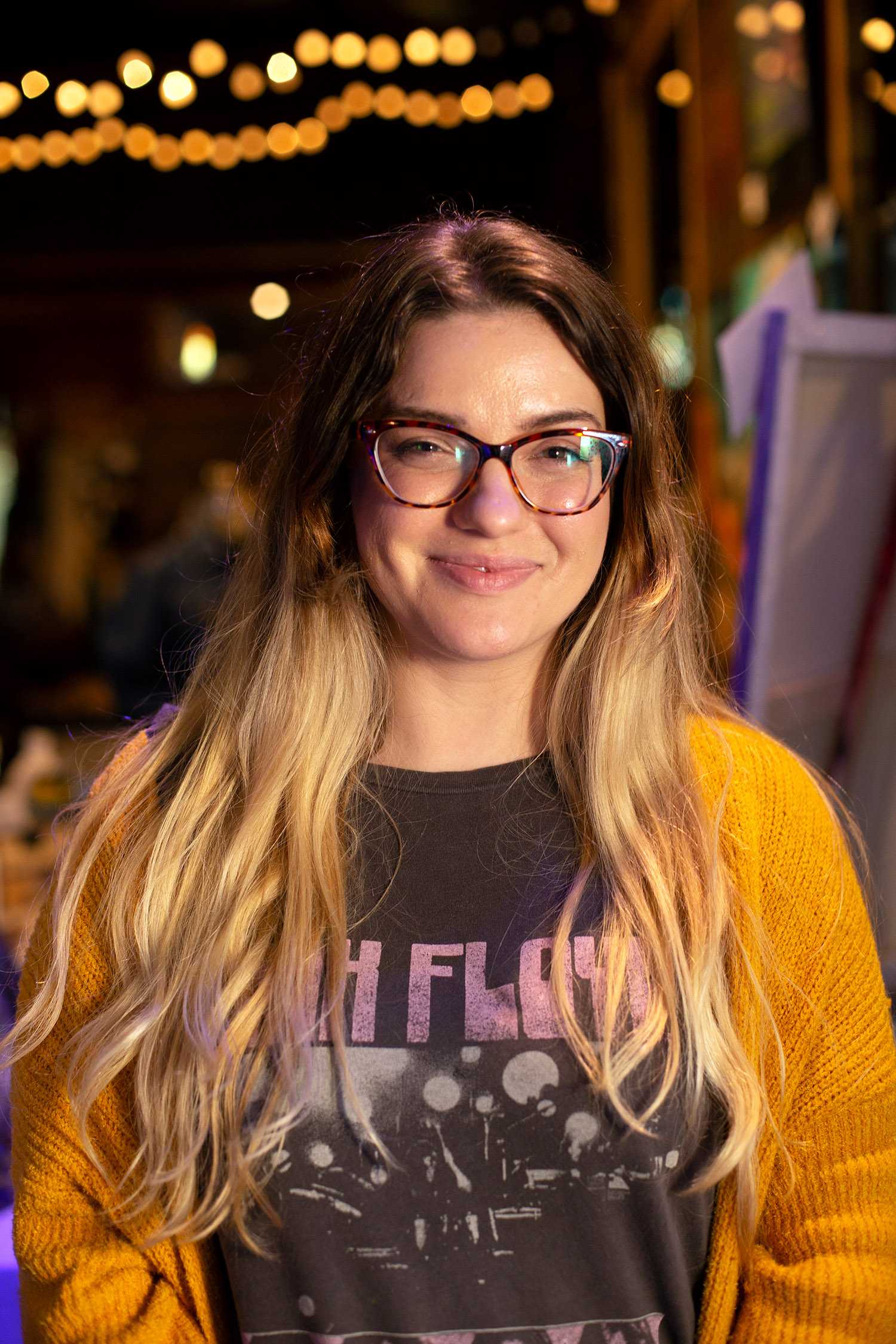 Courtney Davis of Ingen Art Gallery has been in business for 6 years. Davis said being a part of a creative community has been empowering for her, especially as a female artist. “There’s a certain aspect of feminism that probably comes out in every piece that I do regardless of what the subject matter is, “Davis said. “I really embrace a lot of colors and palettes that we associate with more feminine type qualities, but soft and pretty doesn’t always have to be what a girl is.”

Local artist and gallery owner Courtney Davis sold her acrylic portraits along with some abstract paintings at Saturday’s event. Davis is an owner of Ingen Art Gallery & Studio in Bowling Green and a self described “artist at heart”. She said she enjoys painting because it gives her something she can focus on.

“I think being a woman really inspires you in one way or another,” Davis said, gesturing to a portrait of Frida Kahlo she has on sale. “It’s always nice to just appreciate us for us.”

Artist duo, Debbie Apple and Cindy Houston were situated in adjacent booths in a corner of the front room. Apple creates wool on her farm, and Houston dyes the wool as well as dyeing fibers and clothes on her own.

“I can’t imagine my life without thinking about things to make,” Houston said. “Because I make a lot of things, I have to sell a lot of things so I can make more things.”

For her part, Apple is excited about the growth in the fiber arts.

“I’ve been knitting for 50 years, and it’s really exciting to be able to take something from my sheep and then see it through the whole process and then watch people use the end product,” Apple said. 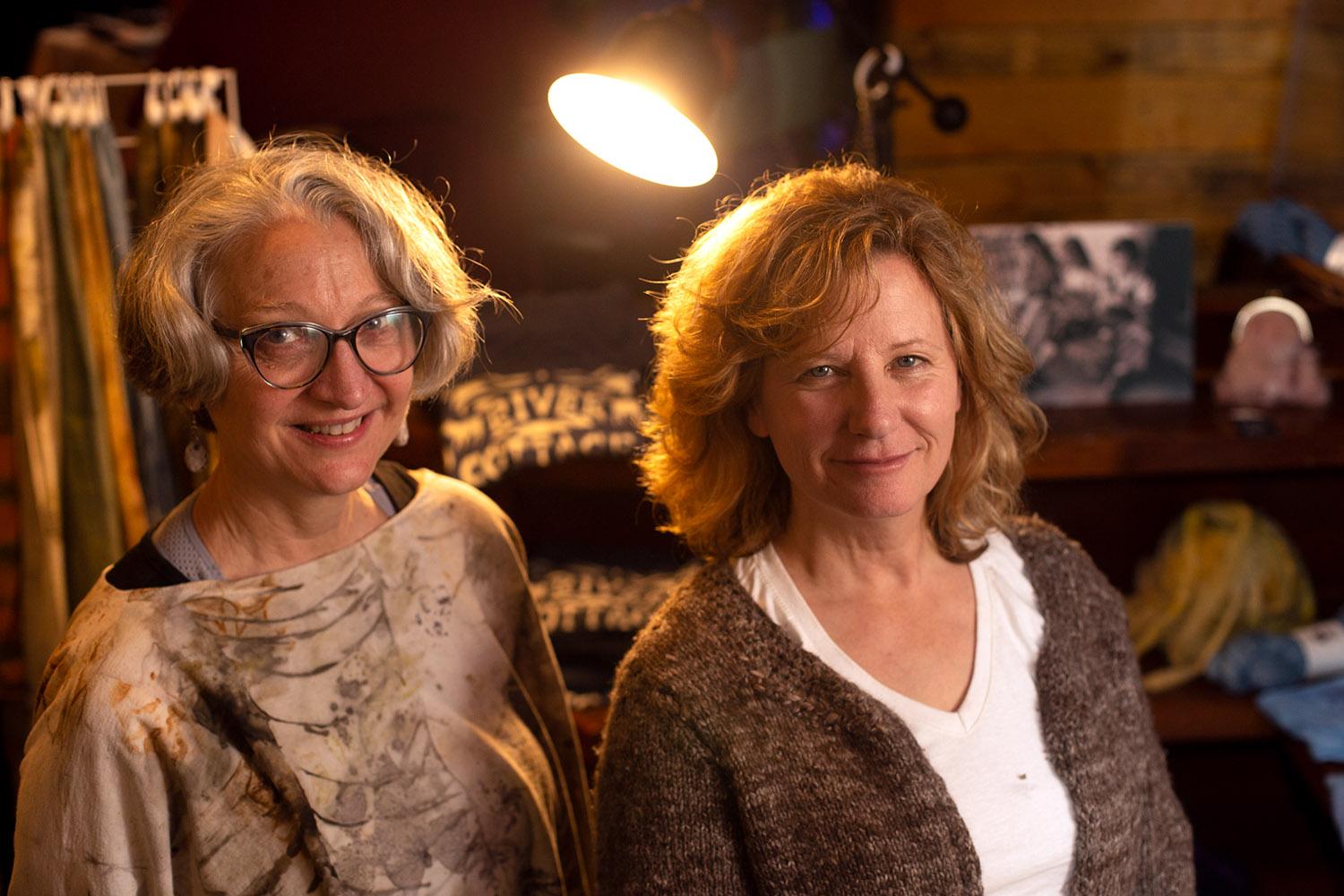 (From left to right) Cindy Houston of Natural Fibers + Dyes and Debbie Apple of River Cottage Farm have been working together since 1993. Apple produces yarn from her organically raised sheep farm and Houston naturally dyes fabrics and cotton along with dying upcycled thrifted items to create new, original pieces.

Houston and Apple both said they consider themselves to be perfect examples of the way the local creative community works together.

“I grow indigo, and Cindy has expertise on dyeing, and this summer we’ll harvest my indigo together,” Apple said.”I get goosebumps just thinking about it.”

“I think it’s a lot about the people,” Houston said.. “I just meet the most interesting, wonderful people. And it’s a real giving community.”

Laila Crowe, 15, and Elizabeth Howell, 12, sell ice cream made of locally-sourced ingredients, along with Laila’s mother, Carol Crowe. Carol Crowe homeschools her daughter, and as Laila Crowe gets ready to graduate from high school, she said she’s looking for something to do next.

Having made ice cream at home for years, Laila Crowe decided to turn it into a business and began working with Howell, a long time friend.

“We went to church together 10 years ago, and we’ve always been really close,” Howell said. “I really like helping out with them.”

The Crowes rent a commercial kitchen on the Howell’s property, making the venture a team effort between the two families. 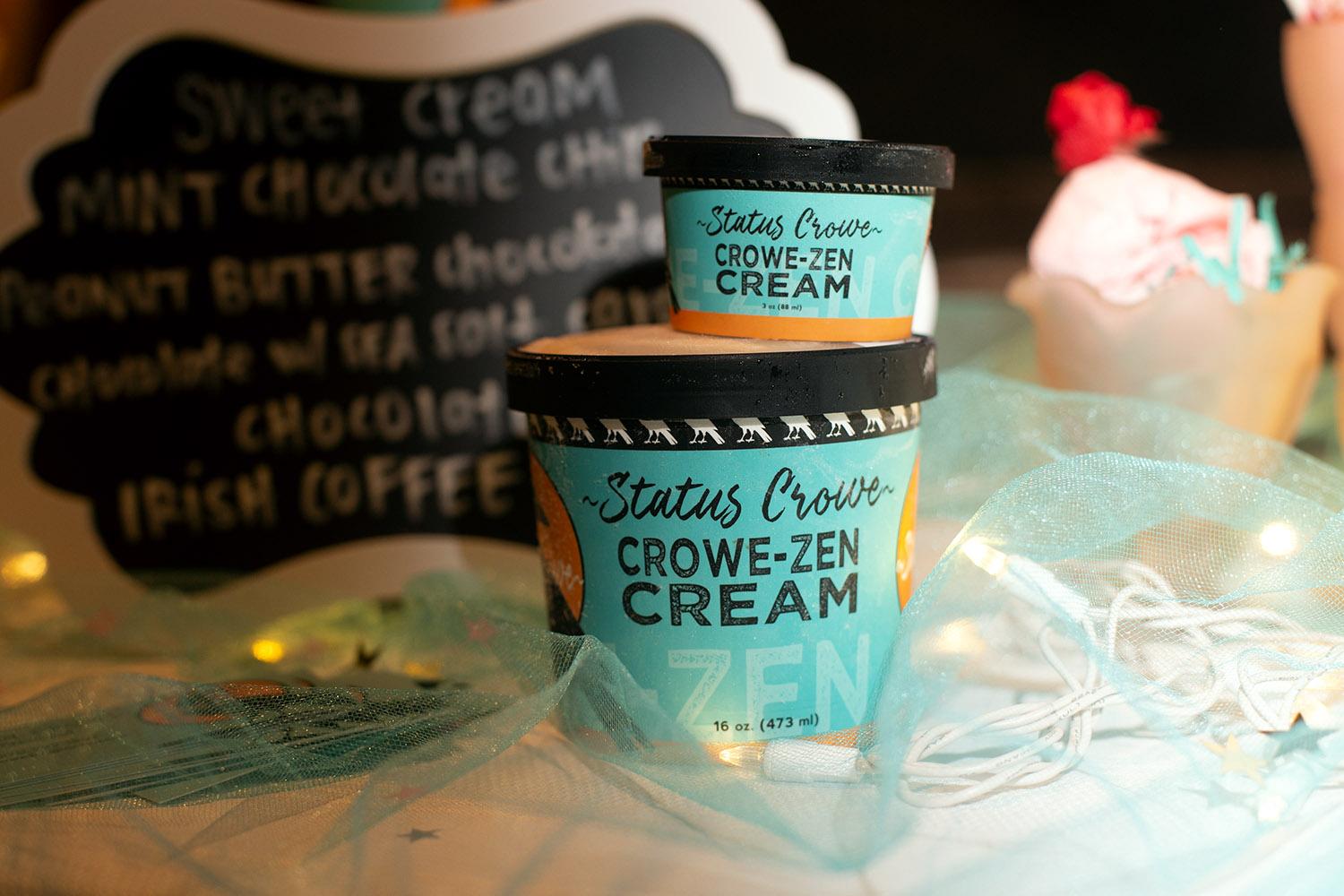 The Status Crowe ice cream company is made up of mother and daughters Carol, Kenzie, and Laila Crowe. The family started making ice cream in Dec. of 2017 and started selling at the farmer’s market in Jan. of 2018. “She’s always been making ice cream for us, and it’s always been better than the stuff in the stores,” said the youngest daughter, Laila.

“I know a lot of the people here just from being a part of the community for a while, and it’s just really fun to see what everyone does,” Carol Crowe said. “All the jewelry I’m wearing is from one of the ladies in the area, I like it a lot.”

Walking through the building, vendors laughed as they chatted with shoppers and other vendors alike, and many faces lit up as they recognize old friends. The importance of uplifting women creators in the community was not lost on the shoppers.

“All these are artists, and I just want to support them and encourage more people to do that sort of thing,” April Gregory, an attendee of the event, said.

Janice Keith, Gregory’s friend who attended the event with her, noted that Gregory is also an artist.

“She’s an artist herself, and she likes to be supported,” Keith said “She makes cakes.”

While discussing why she sees supporting women creators specifically as important, Gregory offered a simple response: