A never-ending chocolate fountain, chocolate sloppy Joes and more chocolate brownies than one can dream of were just a few of many desserts handed out at Sunday’s circus-themed fundraiser.

Hospice of Southern Kentucky hosted their 32nd annual chocolate festival on Feb. 17 at the Sloan Convention Center. Vendors set up booths and gave out their chocolate desserts for free, while those who purchased tickets enjoyed live music, the option to participate in a silent auction and all the chocolate, and non-chocolate, treats they could carry.

“Chocolate is the kind of thing that unites people,” said Kim Vickous, Hospice of Southern Kentucky board member and WKU nursing professor.

Hospice is a care service for those who are nearing the end of their lives and have been given a diagnosis that they are not expected to live past six months. The chocolate festival is one way that Hospice raises funds for that service, whether patients are helped in their own homes, or in the hospice house run by Hospice of Southern Kentucky.

“We’re offering a service that provides medical care and psychosocial care so that individuals can die under the terms that they prefer,” Vickous said. “It’s a matter of choice.”

Vickous said many of the individuals who attend the chocolate festival have had a family member in hospice service at some point, and they’ve built a community through their shared experiences.

“The focus is no longer on curing their illness; rather, it is to make the end of their life the best quality that it can be, under their terms,” Vickous said.

All of the money raised from the chocolate festival is used to help with hospice services, especially it’s charity care.

“If someone can’t pay for our services, we don’t turn them away,” said Mckinze Willard, marketing director for Hospice. 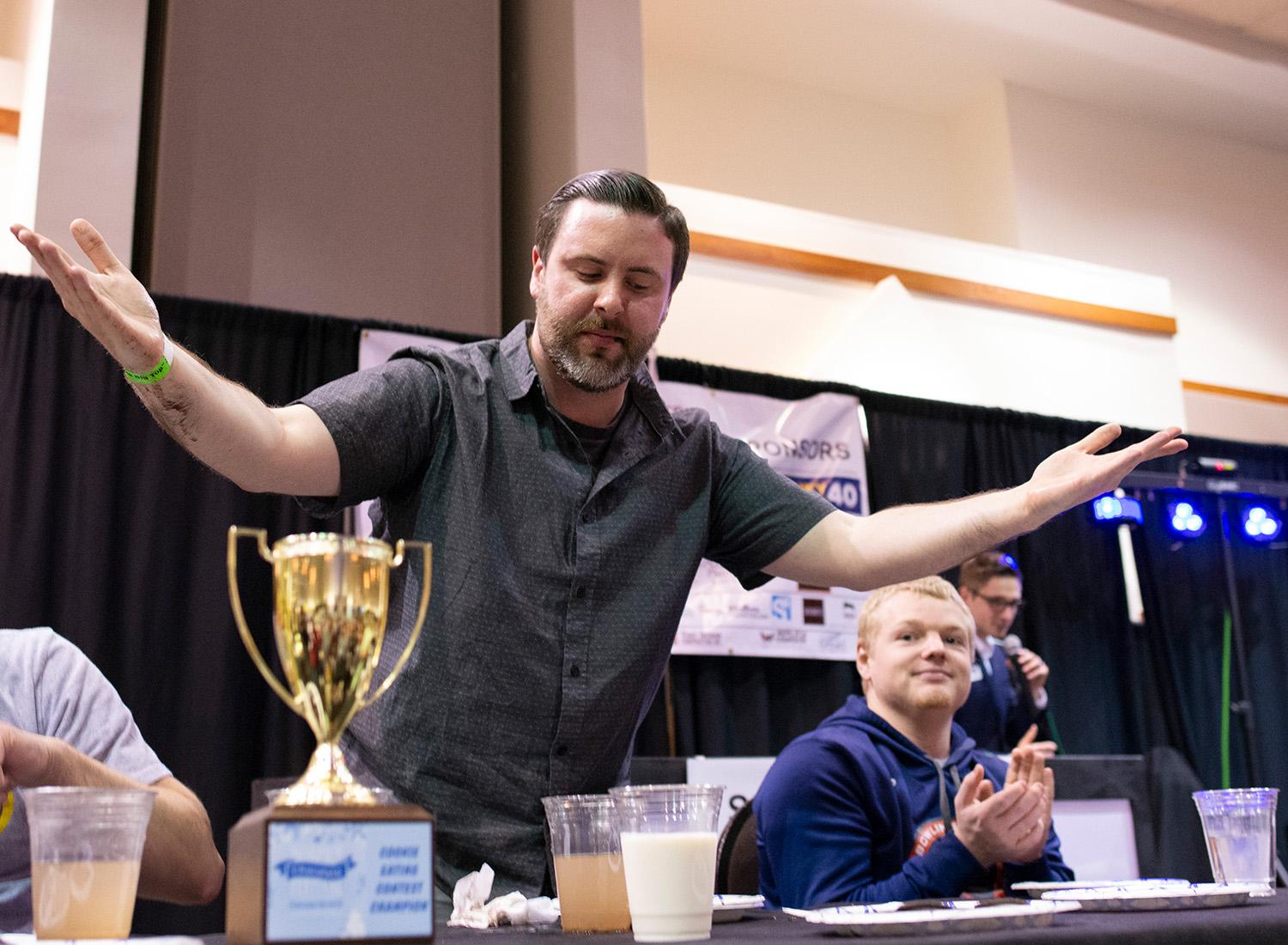 Willard started planning for the festival in November, and said she spent every moment over the past two weeks preparing for the day.

While gesturing at the chocolate-eating and dressed fittingly as a circus show-woman, Willard laughed at all the madness before her.

“It’s events like this that offset the cost of our services,” Willard said.

There were over 50 dessert vendors this year, one being a “chocolate sloppy Joe” created by Isaiah Whalum, culinary services director at Charter Senior Living of Bowling Green.

Whalum said when they entered into the festival for the second year in a row, and they decided to go in a completely different direction. The barbeque sauce in his creation was made with cocoa powder and the ground beef was seasoned with coffee-cocoa rub and mixed with semisweet chocolate chips.

“Everyone was going to do a sweet application,” he said. “We wanted to do something savory that still stuck with the theme of the festival.”

Whalum wouldn’t allow bystanders to ask questions about his creation before trying it out for themselves, and he said that people’s pleasant reactions were his favorite part of the day.

Along with the dessert vendors, the silent auction and the live music, the festival also included an Oreo-eating contest and the opportunity for kids to get their pictures taken with Disney princesses.

Greg Wilson, chaplain for Hospice, said that Hospice volunteers were very willing to volunteer extra hours for the festival, along with their regular functions with the patients.

“This is the biggest chocolate festival to date,” he said. “No one in the county does it like us.”