From the Magazine: Beautiful grit

Lights illuminated a formation of perfectly poised dancers. Energy radiated between them as they twirled and leapt across the floor. The steps flowed together in a current of motion. On stage, these dancers seemed to act with ease as they performed for the audience at the Sloan Convention Center on Jan. 27. However, a peek behind the curtain would have revealed the endless practices, determination and perseverance that led to this moment.

BellaMoxi artistic director Ashleigh Keefer, a Bowling Green native and WKU graduate, wanted to encapsulate this idea of both effortless beauty and hardship in the name of her dance troupe, BellaMoxi. BellaMoxi is an Italian phrase that translates to “beautiful grit.” Keefer said the name comes from the beauty of dance as seen on stage combined with the grit behind it that the audience does not see.

“In dance, sometimes it’s a very beautiful thing, and sometimes it’s really, really hard,” Keefer said. “So, it’s just combining those two things to really understand what it means to be a dancer.” 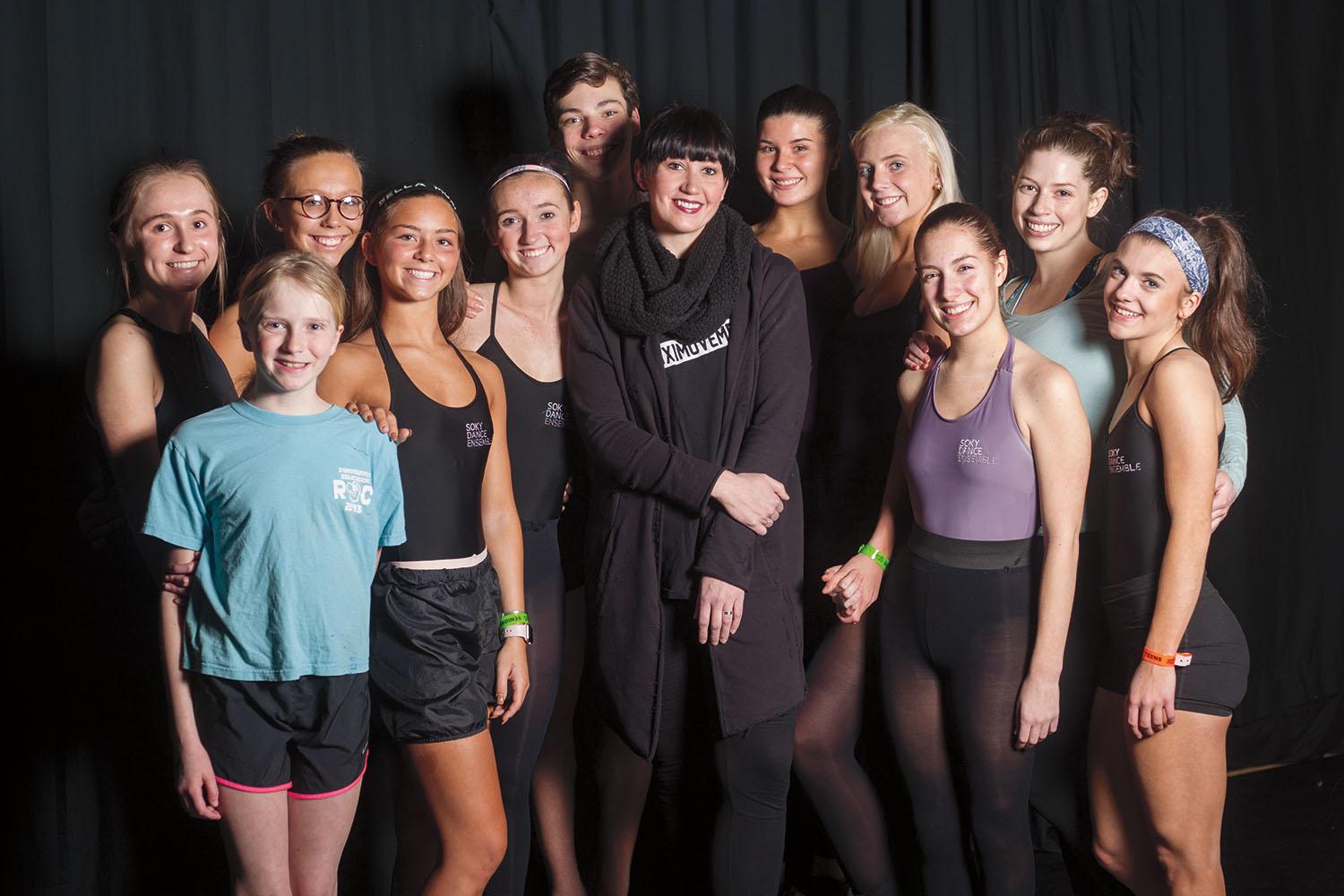 Keefer stands with students of a class at Dance Arts of Bowling Green. Keefer grew up dancing there and said she enjoys being surrounded by people just as passionate about dance as she is. “It’s more inspiring than anything … makes you want to be better,” she said.

Keefer’s story as a dancer, teacher and businesswoman has also been one of struggle and triumph. Her love for the art developed as she grew up dancing at the Dance Arts of Bowling Green studio. She later studied at WKU and where she graduated in 2008 with a bachelor’s degree in psychology and a minor in dance. In 2010, she earned another bachelor’s degree from WKU — this time, in dance. After graduating, Keefer became a director at Dance Arts and started a family.

As she took her children to dance conventions and competitions while teaching at Dance Arts, Keefer realized something was missing. The kids who participated in these competitions were not getting to focus on concert dance styles, such as ballet and modern techniques.

However, Keefer started noticing a versatility in professional dancers that no one seemed to be teaching. Ballet principal dancers were in musicals on Broadway, and commercial-based dancers were performing in genres like hip-hop in Los Angeles. These two types of dance had started coming together when artists from LA began doing choreography for dance companies in New York City.

“There was this crossover happening, and no convention really tapped into that,” Keefer said. “The concert and commercial dance were very separate.”

So, in 2015, Keefer said she tried to solve this problem by creating BellaMoxi, a dance troupe that travels as a dance convention, competition and choreographic festival, giving young dancers the opportunity to learn and perform the different styles.

“With BellaMoxi, I just incorporated bringing these styles together in one place so that people could have the best of both worlds,” Keefer said.

Keefer said that making BellaMoxi successful was a challenge. Since most people in the dance industry are based either in LA or New York City, she had to prove to many people the worth of her convention because she was from Kentucky, an area not notable for dance.

“I think being a woman who is young and from Kentucky, which is not in these areas where it’s very prominent, made me very strong,” Keefer said. “I had to really stand on what product I was making.”

Keefer started BellaMoxi with a single investor. They are now in their third season of the dance convention and although they still have a small team, Keefer said they have grown and improved along the way. 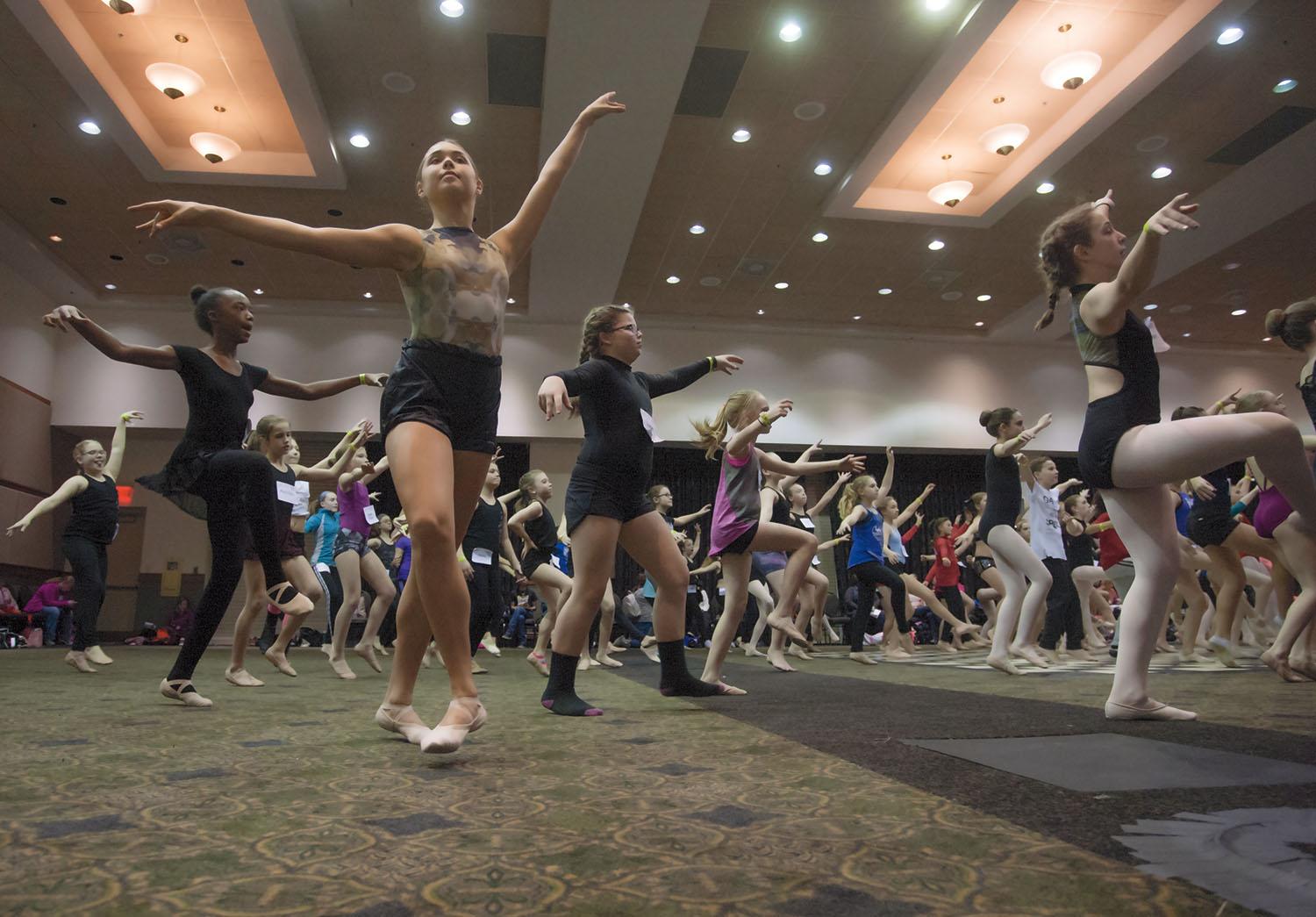 Ashleigh Keefer graduated from WKU in 2010 with a major in dance. Keefer started BellaMoxi after seeing a lack of ballet-based, concert dance conventions that have both a competition and workshop component.

As artistic director, Keefer has responsibility over the entire convention. Nothing is done without her approval as she handles the scheduling, venues and, most importantly, the team.

Although Keefer started her convention mostly on her own, she now has assistants and teachers under her direction whom she has helped lead into dance careers. One of these people is BellaMoxi teacher Gerran Reese.

Reese teaches dance professionally in LA and joined the BellaMoxi faculty in 2015. He was introduced to Keefer through a colleague who asked if he would be interested in applying for a spot on the convention. Since then, he has developed a working relationship with Keefer that he said has had a large impact on his life.

“Ashleigh was one of the first people who gave me a spot on the convention,” Reese said. “She believed in me and has nurtured me and given me so much love when it comes to my art. Ashleigh believes in elevating her teachers no matter what level they are and bringing us to a really high standard.”

Reese added that Keefer has hired a diverse set of faculty — instructors who have experience in every style of dance. For him, this adds to the purpose of BellaMoxi, which is bridging the gap between commercial and concert dance.

In this sense, Reese said, BellaMoxi is paving its own way and leaving an imprint in the dance community across the country.

Another person Keefer has mentored is former WKU student Eliah Furlong. Furlong grew up in Bowling Green and performed as a Dance Arts student and as part of the SOKY Dance Ensemble, which was the pre-professional dance program in Bowling Green.

When he attended Dance Arts, Keefer was his teacher for various classes. He and Keefer developed a close relationship over the years as he went from being her student to assisting her in classes for the younger kids when he was around middle school age. She mentored him and encouraged him to teach his own classes as an adult.

“When I went to Western, I stopped teaching [at Dance Arts], but luckily BellaMoxi has kept me in the classroom,” said Furlong, who is now a faculty assistant with BellaMoxi. 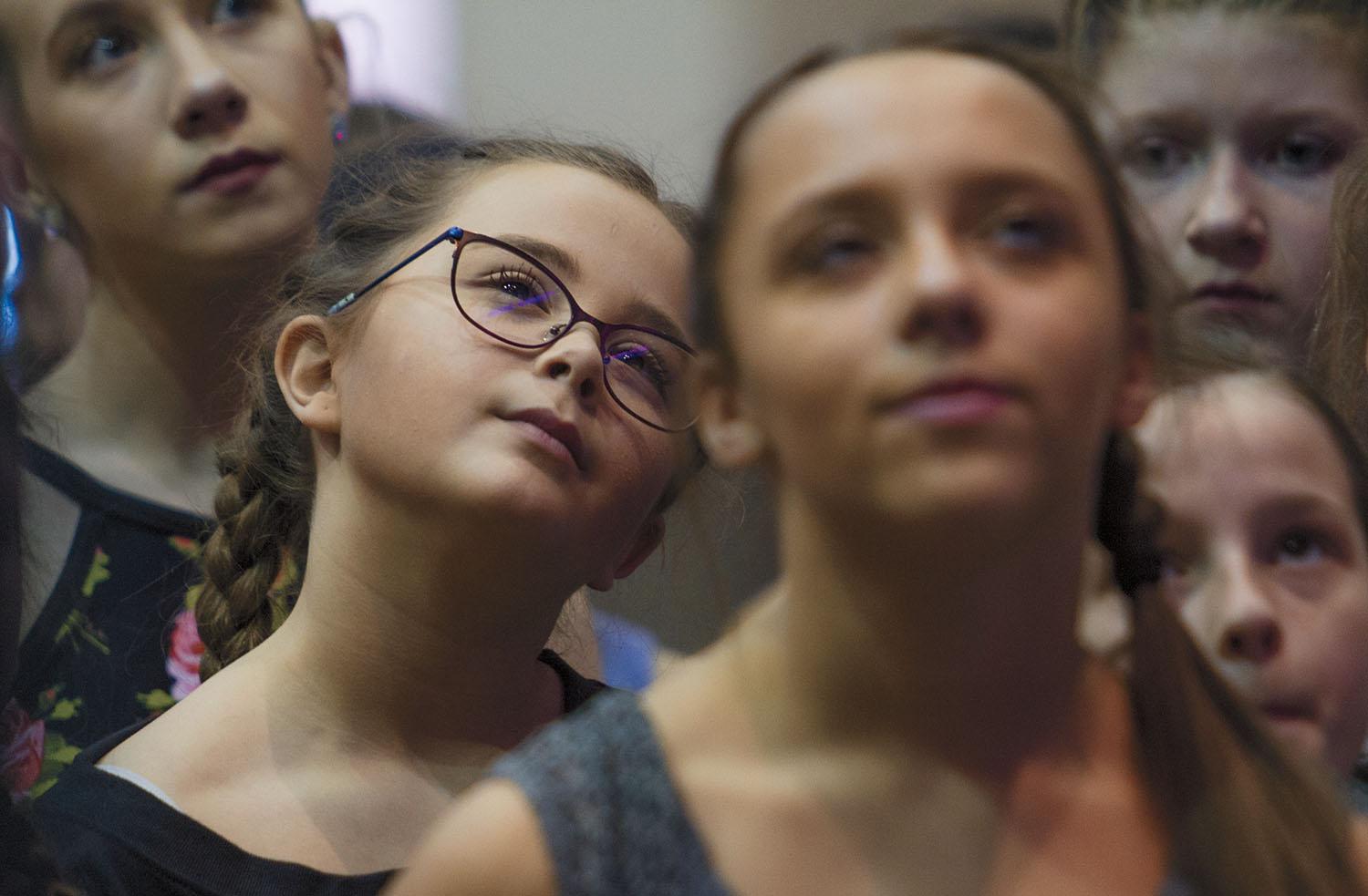 Cadence Rose of Richmond watches as instructors teach ballet during the BellaMoxi dance convention on Jan. 28. Dance teams from across the nation came to workshop and compete in the three-day convention in Bowling Green.

Furlong said stamina is at the center of BellaMoxi. As a faculty assistant, he is up at late hours rehearsing, and he spends his weekends dancing.

“The faculty push you to not just be this fluff, commercial dance stuff,” Furlong said. “They want the real movement that’s raw and straight from your soul, not just a step.”

For Dagny Hamilton, a WKU alumna and BellaMoxi employee, this is what dancing is all about.

“Dance is the one art where you can express yourself completely without words, without anything except your body,” Hamilton said.

Currently, Hamilton works as Keefer’s assistant, running the software for registration, organizing travel and managing the stage. This position allows her to witness the challenges that lie behind the scenes of BellaMoxi.

“A lot of people don’t see the injuries. You just watch a ballerina on stage who is floating around effortlessly, but when she takes off her shoes, her feet look gnarly,” Hamilton said. “Dance is grit.”

BellaMoxi dancer and Bowling Green native Emmerson Sikes also said BellaMoxi allows its dancers to experience the rawness of dance, instead of merely focusing on the technical aspects of performance.

“It’s really interesting that BellaMoxi gives you different classes that show you the ugliness of dance,” Sikes said. “There are a lot of parts of dance that aren’t beautiful. I love that BellaMoxi does that.”

She added that Keefer brings out this raw emotion in her choreography by telling a story through dance, with moves ranging from pretty to painful. By incorporating physical representations of pain in the dance styles, she has taught dancers to endure difficulties with fortitude.

Bowling Green junior Katelyn Givens said Keefer’s intentions are for the dancers to always push themselves, no matter how hard the situation is.

“She’s always pushing us to do more,” Givens said. “If we can’t do five turns, she pushes us to do six, so we can shoot higher.”

Keefer, who took on the challenge of creating a dance space that would encompass both elegance and heart, now challenges her dancers to dream big, knock down obstacles and show off their beautiful grit.