From the magazine: Weapons women carry

On a dark, warm night at the beginning of the fall 2018 semester, Fordsville junior Riley Brey, then a sophomore, was walking alone on WKU’s campus near the Valley when she had an encounter she’ll never forget.

“He was watching me walk, and as soon as I got next to the car, he got out of the car with the Walmart sack, and I started running,” Brey said. “I was like, ‘That’s it, I can’t do this anymore.’”

Many women may encounter experiences similar to this, but in some cases, they may not be as lucky to escape. Adult women account for 49% of all human trafficking victims detected globally, according to the United Nations Office on Drugs and Crime. Also, according to an Association of American Universities Climate Survey on Sexual Assault and Sexual Misconduct, 33% of female undergraduates reported experiencing sexual assault or misconduct in a survey across 27 U.S. universities in 2015.

“Women face unique challenges that are more so unique to them than us as men,” Gray said. “We’ve got some unspoken privileges that we just don’t even really think about.”

Gray said some of these unspoken privileges that differentiate women and men are that men don’t think as much about whether it’s dark or daylight outside, where their car is parked or if they have their keys in their hands.

One of the first scenarios Gray starts with in his classes at Diddle Arena is simply walking through a parking lot. While they don’t go to a parking lot, he shows how to escape an attack whether someone is approaching from behind or ahead.

“I always ask the question, ‘What’s a common, everyday situation that you guys, most of you, find yourselves in that just makes the hairs on the back of your neck stand up, that just makes you uncomfortable?’” Gray said. “Nine times out of 10, it’s walking in a parking lot late at night.” 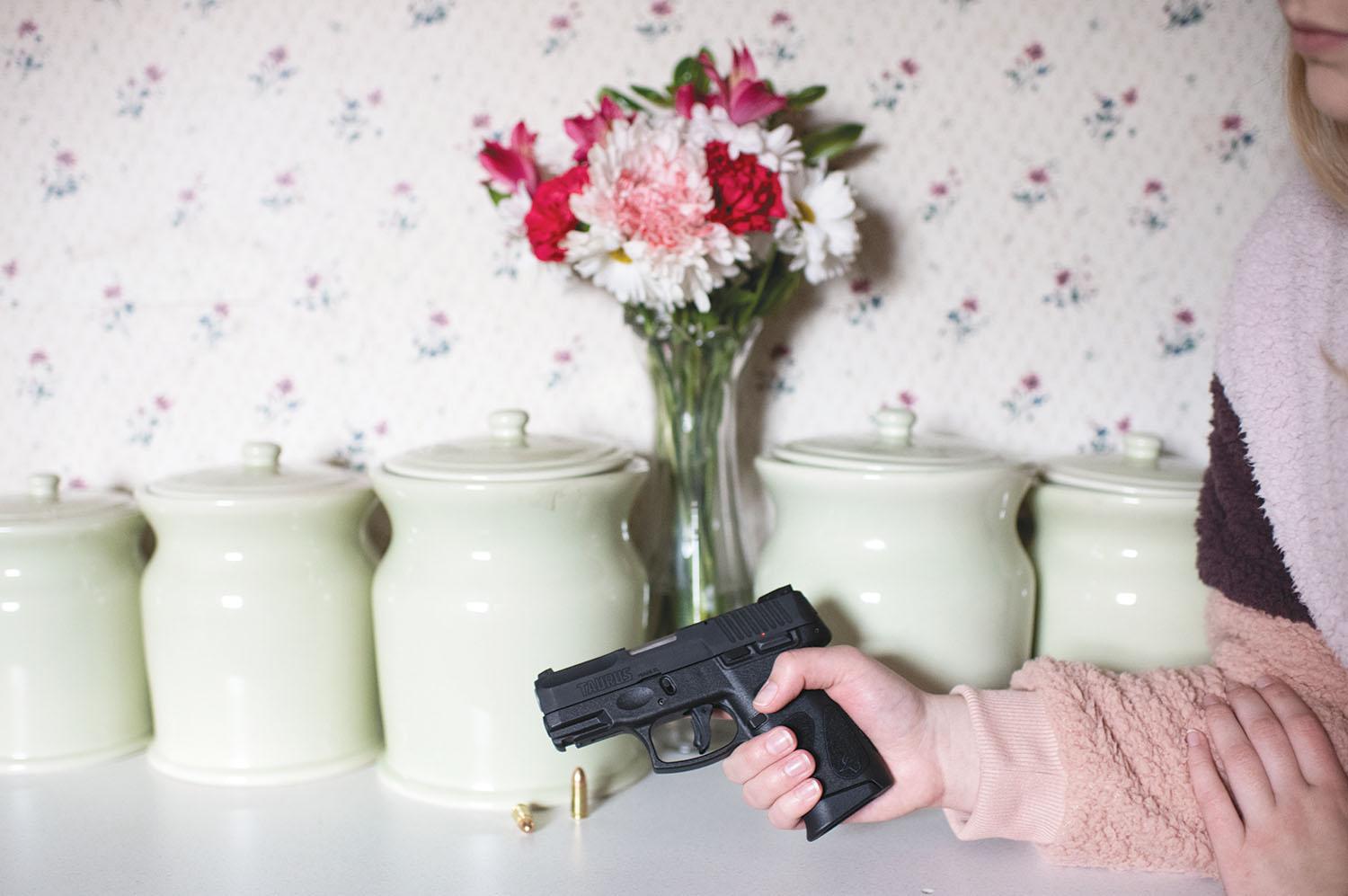 Fordsville junior Riley Brey grew up around guns. “It makes me feel like I’m in control,” Brey said. She is now the legal age to carry a concealed weapon. “I think being able to hide it will make people feel more comfortable around me,” Brey said. “I only have it to protect myself and those around me, not to be intimidating.”

Geared up with red boxing gloves that trailed up her arms, elbow pads, knee pads and a helmet, Kyah Stewart, a junior from Mt. Juliet, Tennessee, learned how to escape an attacker in a parking lot at one of Gray’s classes her freshman year.

Along with about 10 other women living in Douglas Keen Hall, Stewart went to Diddle to meet Gray on the padded floors and learn self-defense skills. Her resident assistant had organized the training.

Stewart thought it would be beneficial to her because self-defense skills are something she thinks women, and really anyone, should know.

“I knew nothing going into it, so I thought this would be a great way to start and learn how to defend myself,” Stewart said.

Although Stewart remembers learning the twisting maneuver intended to free her if someone grabs her shoulder or arm, she planned on attending another class this semester as a refresher. Due to WKU’s response to COVID-19, the class Stewart was going to attend, and any other campus events, were canceled.

“I would say that I do feel more confident to escape a situation now that I’ve had these classes,” Stewart said.

She said she feels like she could adequately get out of a situation with the knowledge she remembers. Stewart does want to practice what she learned so she feels more confident using self-defense.

Stewart said she is personally not comfortable with carrying a weapon, which is why she thinks it’s important to have self-defense skills.

Although Stewart does not own pepper spray, she thinks if someone has pepper spray in the bottom of their bag, that’s when they should use their “moves.” She said there’s not going to be an opportunity to say, “Timeout, let me grab my pepper spray,” when being attacked.

While Stewart is not comfortable carrying a weapon, other female students on the Hill feel safer with one.

Until Christmas 2019 when Brey, who had the encounter in the Valley, got her 9mm pistol, she didn’t have a personal firearm to carry on her, although she did grow up around guns.

“We’ve just kinda been a family that, to put it bluntly, we don’t take shit,” Brey said. “I’ve always carried a knife on me.”

Unless someone has “serious” self-defense skills and lessons under their belt, Brey thinks, “If you don’t have any kind of weapon on you, that’s really it” when it comes to being attacked, kidnapped or taken for sex-trafficking. 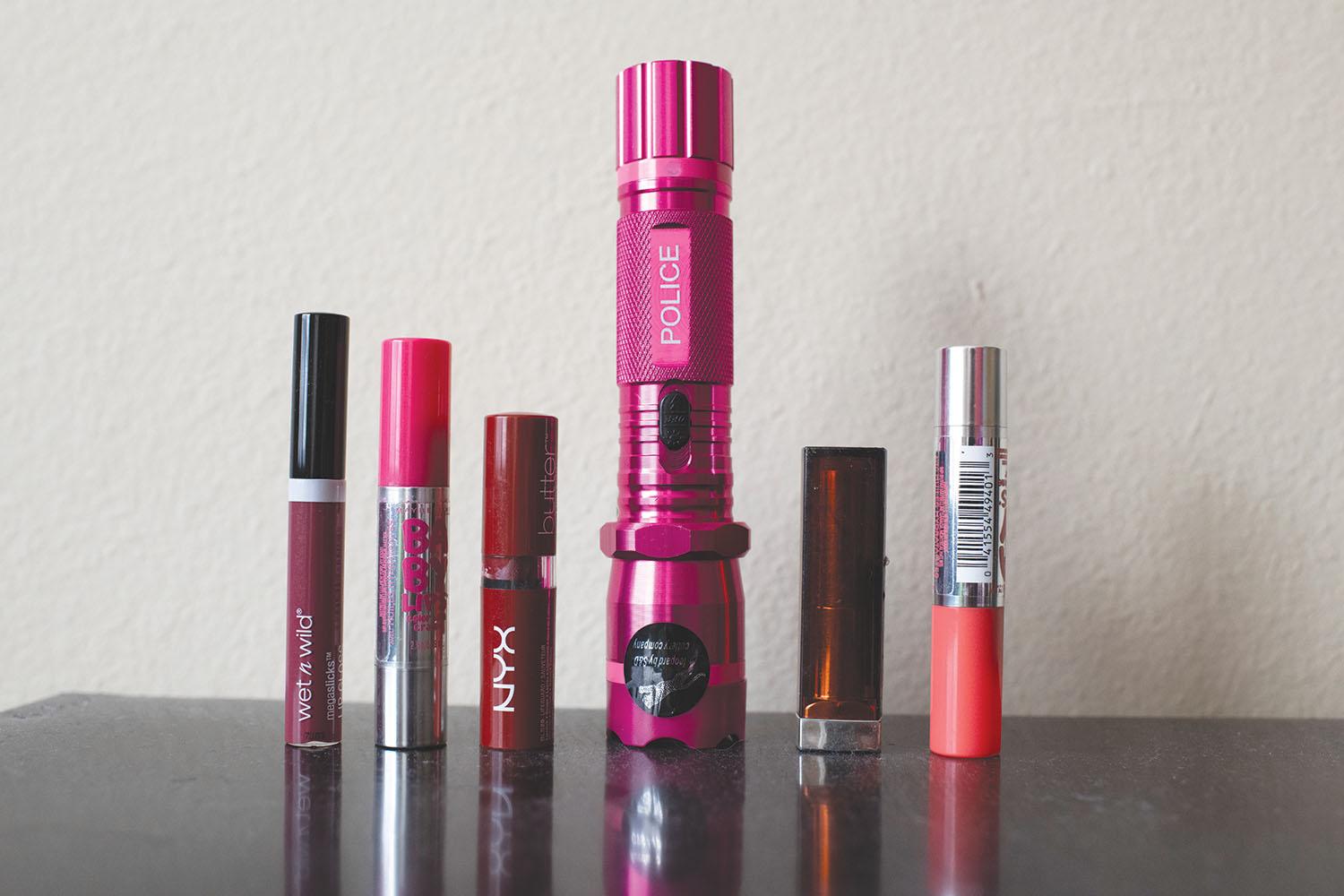 Alison McDowell, a senior from Vincennes, Ind., owns multiple weapons, including pocket knives, a taser and pepper spray. McDowell’s father gave her the stun gun her freshman year of college. She said the pepper spray and stun gun have made her feel safer walking late at night on campus but has never had to use any of her weapons.

While Brey can’t bring her pistol to WKU, she does take it to Walmart and her job at Tractor Supply Co. because she feels safer with it. Brey said she’ll make it apparent she has a firearm on her if she ever feels unsafe.

“I don’t use it, but I’ll show it to them to let them know that I’ve got that,” Brey said. “‘Cause you don’t want to kill anyone — no one wants to kill anyone or shoot anyone in general.”

Hailey Otten, a junior from Whitley City, also carries a pistol. Hailey said she grew up in a family that loves guns, and because she’s in the military, she’s accustomed to weapons.

Her husband, Caleb Otten, gave her a Ruger 380 pistol in spring 2019 before he was deployed. Hailey said Caleb felt safer knowing she had a pistol, so he bought her one.

Hailey said her pistol does not necessarily make her feel empowered since she is independent, but having it makes her feel better when going certain places. Similar to Brey, one place she specifically takes it to is Walmart. While she has never felt the urge to pull her firearm out, she does usually keep it on her.

The pepper spray that hangs from her car keychain was a gift when she graduated from high school, which she said to her is a normal item for women to receive before college. She said she’s always had pocket knives.

“My dad just has given them to me, and I just keep them in my backpack,” McDowell said. “I’ve never had to use that.” 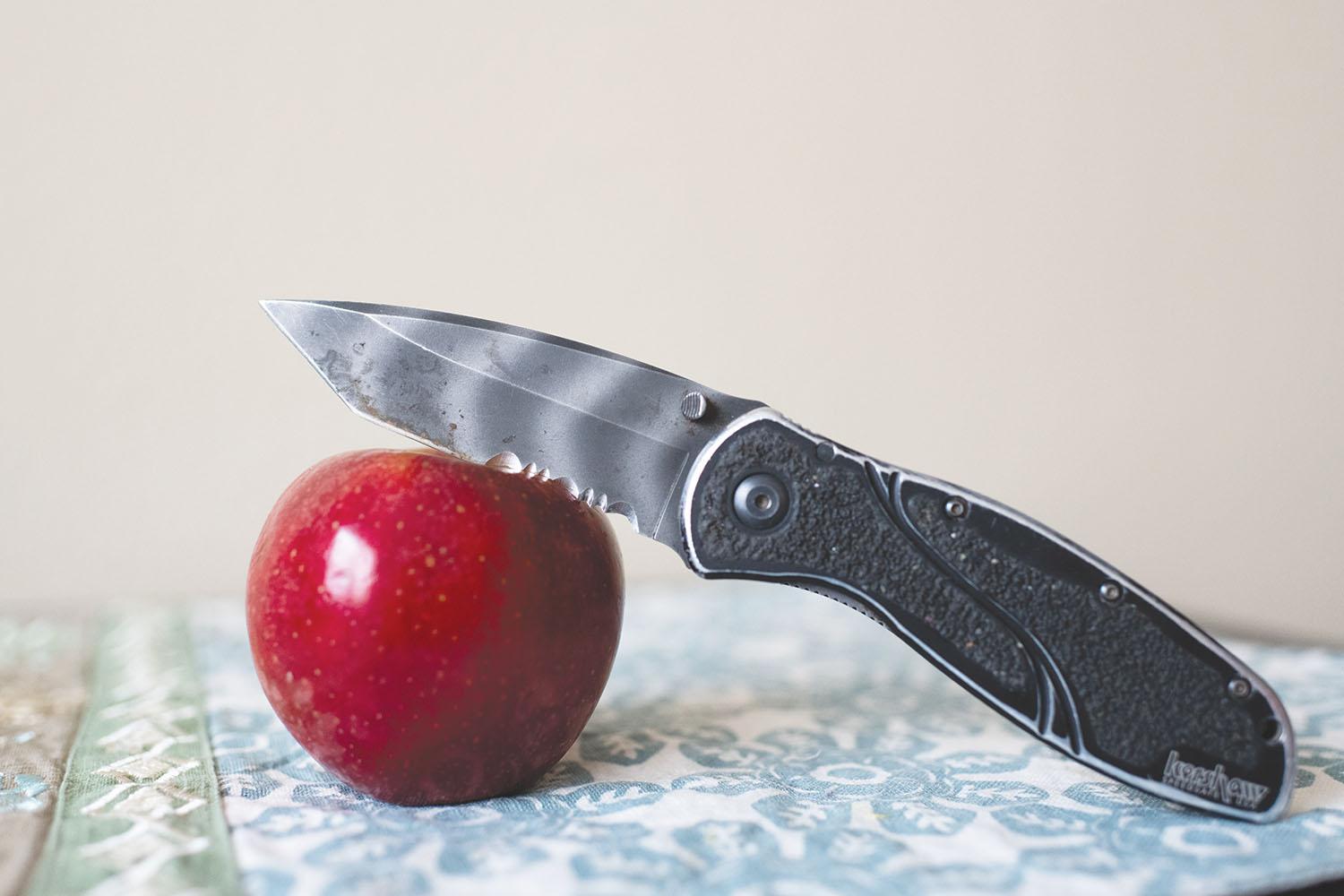 McDowell has always carried pocket knives. Her father gave them to her. Knives are sometimes a necessary tool for completing tasks on a farm, she said. She keeps them in her backpack but has never had to use them.

She said while most women probably aren’t given pocket knives from their family members, since she grew up on a farm, there would be times she would need them to do certain tasks, making them normal to her.

Her dad also gave her a taser when she was a freshman because her sister who graduated from Purdue University also had one for safety reasons.

McDowell has never had to use any of her weapons and said she’s never felt particularly unsafe on campus. She said she did feel safer last year carrying pepper spray or her taser as she walked back home to Northeast Hall from the library, cutting behind Grise Hall where she said it’s not very well-lit.

“I would hold my pepper spray or taser in my hand then because when it’s 12 o’clock at night, you just don’t know what’s going to be around the corner, definitely when it’s not lit up,” McDowell said.

Harrodsburg native Megan Hughes graduated from WKU in 2018 and spoke to her parents about purchasing a gun when she began living alone — she ultimately decided on a stun gun, though. Her mom gave her a compact hot pink stun gun for Christmas last year when she started working until 3 a.m. at the Medical Center at Bowling Green. The stun gun is smaller than an iPhone with a black sleeve that velcros shut.

“I think it gave her a sense of protection for me,” Hughes said.

Parking a mile away then walking home after leaving work is when Hughes feels safer having her stun gun in her purse, pocket or hand. She has never used the stun gun, but she said there have been cases where she felt like she could have.

In one specific instance, she was walking back to her boyfriend’s apartment at 3 a.m. from her car. As she was walking to the WKU Apartments with Nala, her 12-pound Morkie, she saw someone sleeping near the picnic tables between the Augenstein Alumni Center and Chili’s. Hughes said someone else then popped out from between the buildings and scared her.

Hughes said the man then said “Hey” and began to approach her. She responded with, “Have a good night,” picked up Nala and continued walking with her stun gun stowed in her purse. She then called and woke up her boyfriend, which she normally wouldn’t do.

“I had that (stun gun) in my purse and worse comes to worst if that were ever need to be used I have it, which a lot of girls can’t say,” Hughes said.

Hughes said she feels safer carrying a stun gun compared to having other smaller weapons such as pepper spray or “little kitty cat ears.”

“I know it’s (the stun gun) not going to kill anybody, but will definitely deter them,” Hughes said. “Whether it be paralyze them temporarily or enough to just say ‘oh crap she means business.’”