The ABCs of WKU

Talisman illustrator Eve Baughman recreated the alphabet just for the Hill and all the people who call it home. Feel free to print it off and color each letter in at home, work or when you need a break from studying!

D – Diddle Arena: The court in Diddle makes the D.

E – Environmental Science and Technology Building: The E is represented with gears to represent the programs in EST.

F – Feix Field: The F is made out of a football field.

H – Hilltopper: The H has hills to represent the geography of campus.

I – Fine Arts Center: The I is made out of the top of the colonnade.

J – Jody Richards Hall: The J is made out of an Einstein’s bagel.

L – Love: L is for the love of the faculty, staff and students on WKU’s campus.

M – Music Rehearsal Hall: The M is a music note.

N – Nick Denes Field: The N is made out of baseball bats for the baseball field.

Q – Quarterback: The Q is for the quarterback of WKU. 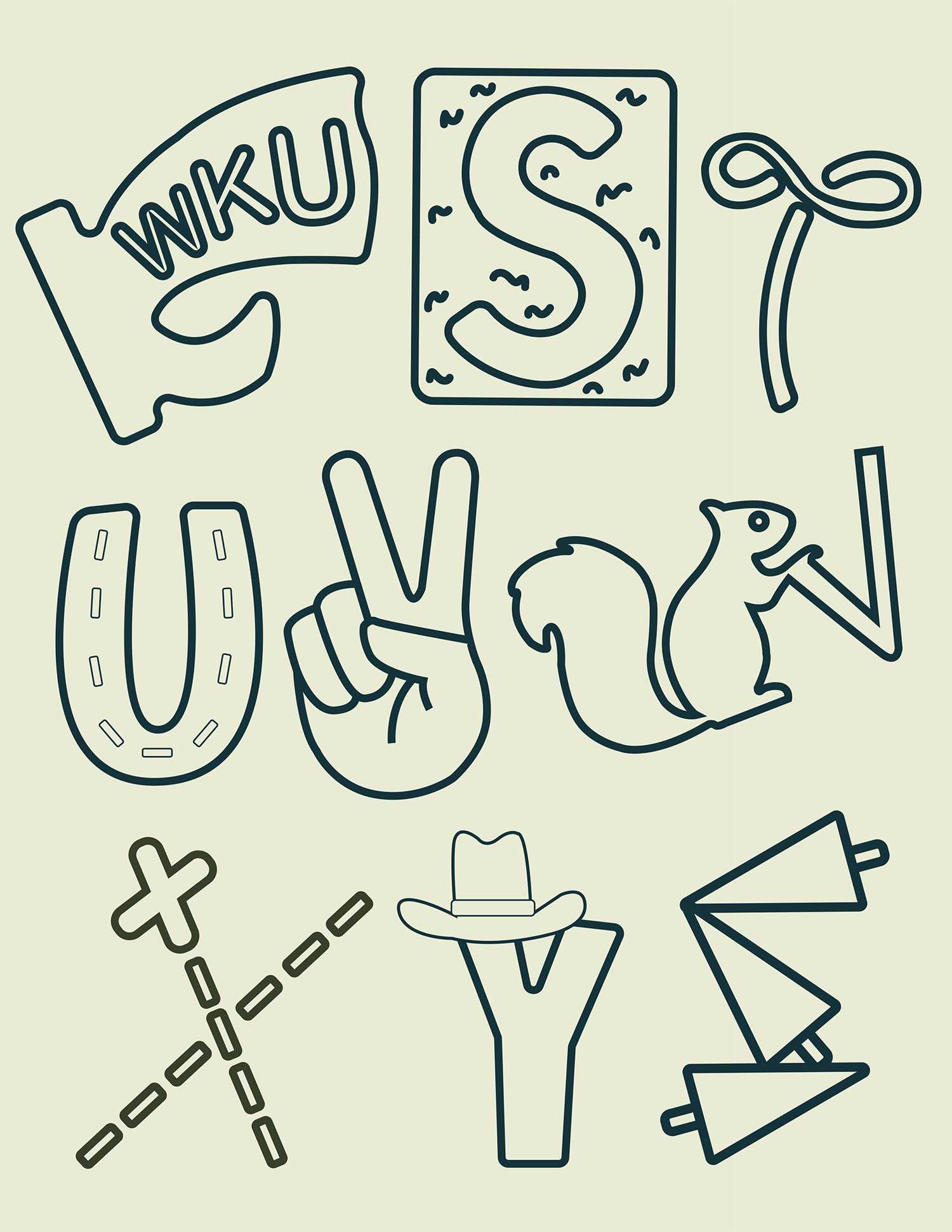 S – South Lawn: South Lawn is represented with an S cut out of the middle of a field.

T – Talisman: The Talisman’s logo is the T.

V – Van Meter Hall: Van meter is represented with a hand because it’s the heart of the performing arts.

X- Xenial: Xenial means hospitable especially to visitors, so the X is for “x marks the spot” when people look for the right campus for them.

Y- Yee Haw: The Y represents the geographical country side of WKU since it is located in the south of Kentucky.

Z- Zacharias Hall: The Z is made of trees to represent the trees surrounding Zacharias.