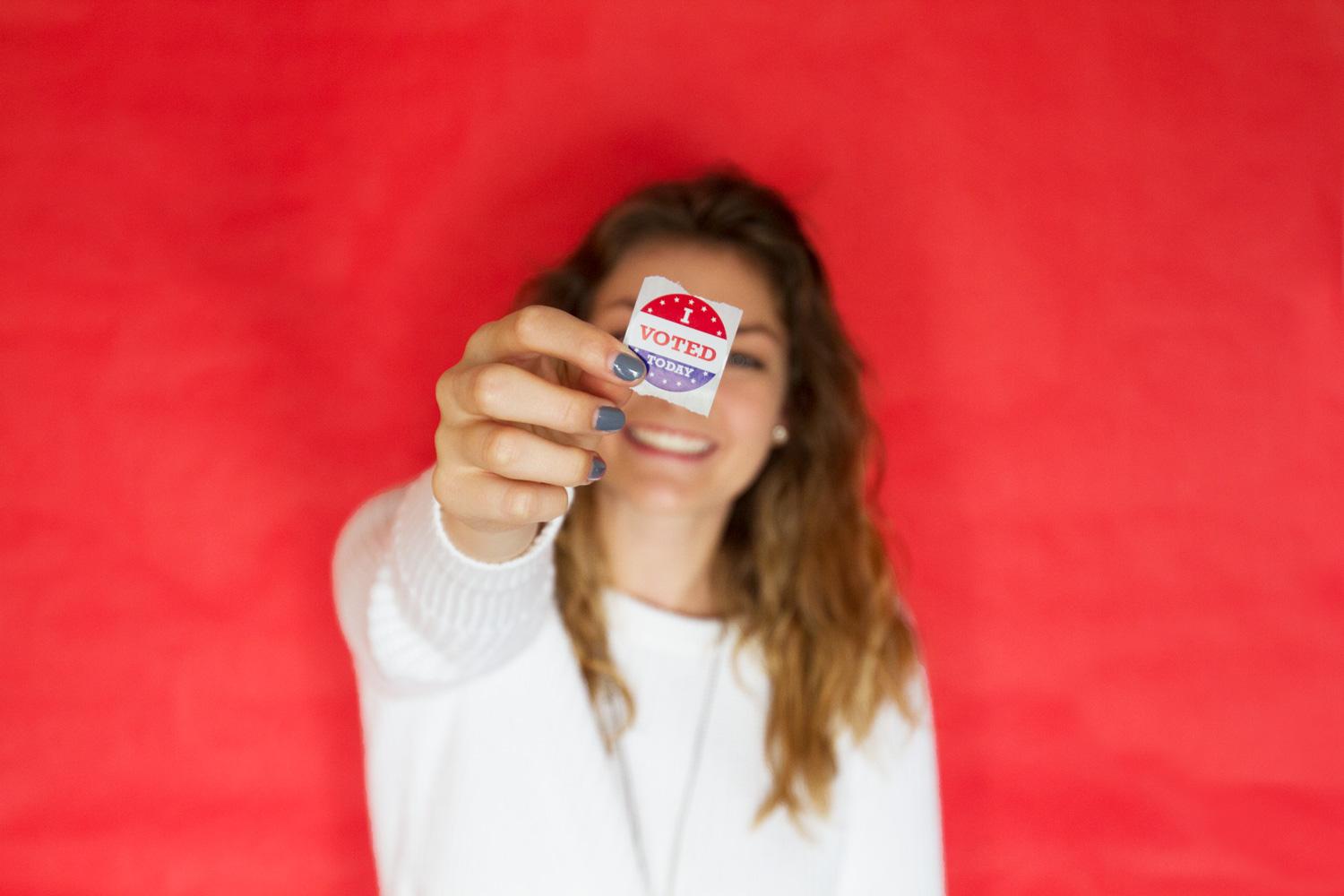 While this election season has been ripe with all kinds of dread and terror, there have been a few shining moments when we could laugh and enjoy ourselves.

Remember when people thought Ted Cruz was the Zodiac Killer? Or when Ben Carson called Putin a “one-horse country?” Or when Bernie Sanders thought the Democratic National Convention was going to just let him waltz in and secure the nomination? These were truly some humorous moments, and they made for some grade-A headlines in numerous publications.

Now that election day is actually here, we could probably use another good laugh, so I’ve written a few headlines* that I think might elicit a chuckle — or at least be more entertaining than the real ones.

*Disclaimer: These headlines are all completely made up and not substantiated by any fact or observation.

Lost somewhere in the American Midwest, Libertarian presidential nominee Gary Johnson has reportedly been looking for his polling place for over 68 hours, local news sources confirm.

Johnson has been in a geographic and foreign policy, tailspin after it was revealed the candidate wasn’t familiar with the Syrian city of Aleppo.

“It has got to be around here somewhere,” Johnson was heard muttering to himself passing by a gas station in Kansas. Reports are unsure whether he was referring to his polling place or Aleppo.

With a Trump Ice Spring Water in one hand and a Trump Steak in the other, local poll watcher Larry Russell grows increasingly bored with keeping watch at Parker Bennett Elementary School.

“Haven’t spotted any voter fraud yet, but I’m keeping my eyes wide open,” Russell said as he struggled to cut a piece off of his Trump Steak.

When asked what exactly Russell was keeping his eyes open for he shrugged, finished cutting his steak, took a bite, began to chew, swallowed, swallowed again and then faded from existence.

Amid fears of the American public totally turning on her at the very last minute, Democratic nominee Hillary Clinton woke in a cold sweat the morning of Nov. 8.

Clinton’s heart was racing as she struggled to sit up in bed and turn the nightstand lamp on.

“Not again, not again,” a hidden bug placed by the Russian government in a nearby flower vase of lilies picked up Clinton saying at 3:08 a.m. “This one is all you. This is your time to shine.”

Before returning to sleep, Clinton picked out a celebratory American flag pantsuit to wear later that night.

WKU President Gary Ransdell confidently strolled out of his polling location Tuesday morning knowing he voted based solely with his retirement in mind.

“I considered voting my conscience, but then my gut really told me to go with who wasn’t going to start a nuclear war and mess up my retirement plans,” Ransdell said.

Ransdell said he and his wife, Julie, were planning on going abroad sometime during his sabbatical to conduct research on how many gnarly waves he can shred and if he can drink four mimosas in under 15 minutes.

“I can tell you right now, no president is going to ruin this for me,” he said.

Looking woefully outside his fourth-floor window in Zacharias Hall Tuesday afternoon, Glasgow sophomore Timothy Knight just couldn’t find the energy to go across the street and cast his ballot.

“Yeah, people were killed so they could vote, but both candidates are like equally bad, so what does it matter?” Knight said.

At the time of publication, Knight was seen getting out of bed and preparing to eat a cup of ramen.

Jill Stein believed to be working on mixtape in Revolution 91.7 offices

In a last ditch attempt to mobilize the youth vote, Green Party nominee Jill Stein decided to drop some sick beats for a new mixtape at campus radio station Revolution 91.7.

“She just burst in here with a ukulele and some organic, homegrown beets and kind of seized the station from us,” Revolution student disc jockey David Martin said.

After dropping her fresh beats while eating her fresh beets, Stein allegedly disappeared in a puff of smoke. She is expected to be seen in the American eye again in 2020.

Like an eager 7-year-old springing out of bed on Christmas morning, CNN anchor Wolf Blitzer threw on his monogrammed robe and skipped down the stairs to the CNN basement at a prompt 5:23 a.m. the morning of the election.

Finally arriving in the basement, Blitzer looked to his right and pulled down a large red lever to active CNN’s famed holographic electoral college map.

“Just listen to that baby purr,” the gray-haired anchor said with tears forming in the corner of his eyes before one solitary tear cascaded onto the basement floor.

Faced with the possibility of intense controversy, the staff of WKU’s student newspaper, the College Heights Herald, began preparing a bomb shelter in the basement of the Adams-Whitaker Student Publications Center early Tuesday afternoon.

“Anderson Cooper sent out an email blast on our international journalism server telling us that in the event we fail to rig the election we need to have a contingency plan in place,” editor-in-chief Brandon Carter said.

When asked what if people just waltzed into Student Publications to finish off the First Amendment themselves, Carter shrugged off the fear.

“People would actually have to know that we have a newspaper, or where we are or what newspapers actually do for that to happen, so I’m not worried,” Carter said.

With the sun barely peeking over the horizon, Somerset freshman Harley James eagerly logged onto TopNet to register to vote.

“My adviser told me that I had to register, so that’s exactly what I’m doing this morning,” James said.

At publication time, James realized she had missed the voter registration deadline in Kentucky by a month and that Spanish 101 was already full for next semester.