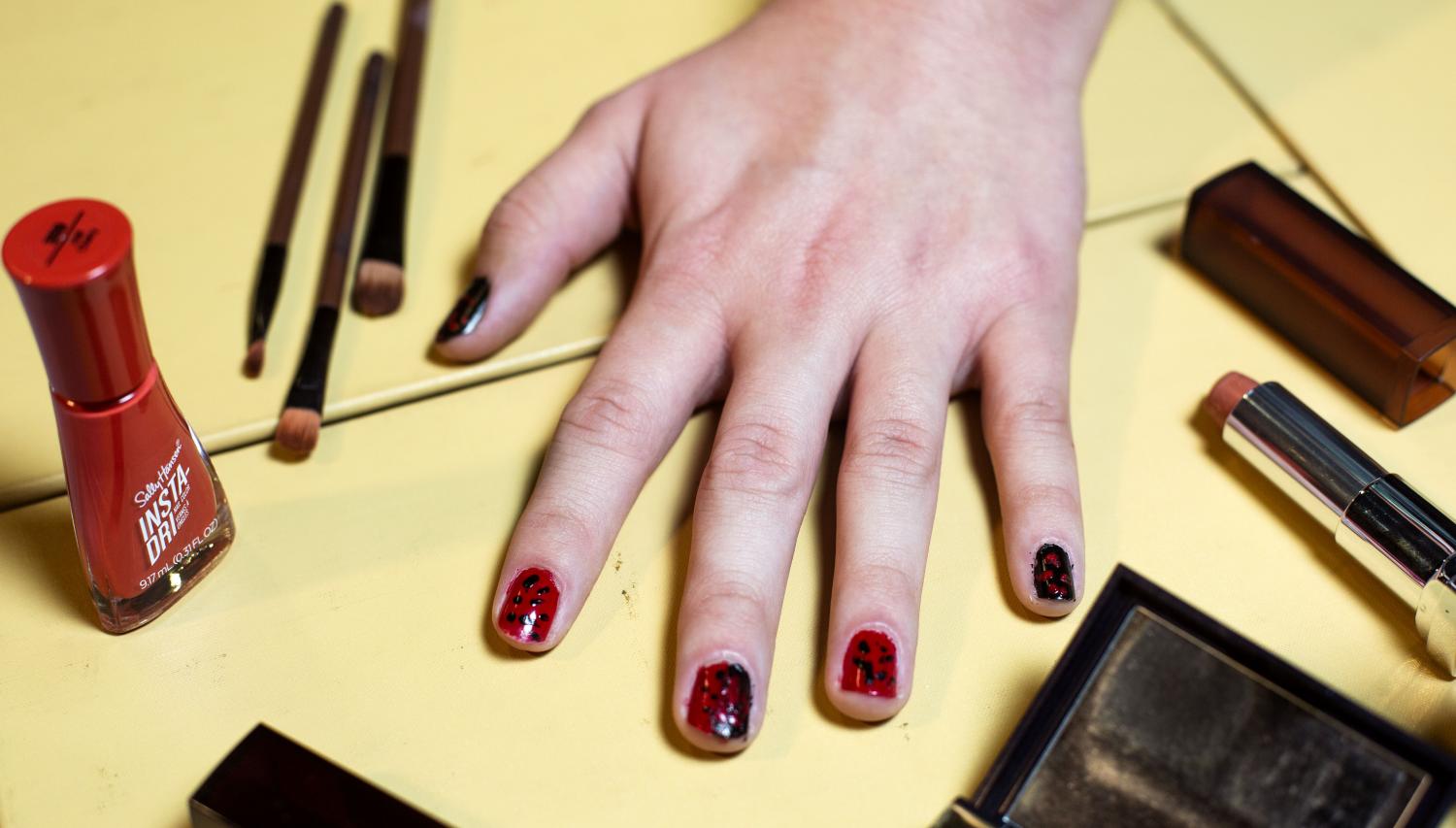 A discussion of toxic masculinity in makeup

Makeup is an art form. From the simple, everyday “boy beat” to Academy Award winning special effects makeup, there’s so much versatility. There’s so much room to be carefree.

The world of makeup is complex, colorful and sometimes messy. It’s a hobby that everyone can have a stake in, even cisgender, heterosexual men. However, there has been a great amount of pushback whenever someone beyond a cisgender woman tries to join the club or use it for anything beyond beautification.

In modern times, particularly the 1950s and 1960s, makeup was condensed to beautification products for women in an effort to appeal to the male gaze, a manner of treating the female body as an object to be surveyed, according to the Oxford Reference. Since then, makeup users have branched out from its simple functions and now create artistic, entertaining looks.

“Anything someone may use to attempt to, like, spackle that over, you know, cover anything up or just to help your appearance, is considered makeup,” Muir elaborated.

People who use makeup have begun demanding more from cosmetic companies. This judgement is based on the reviews of influential makeup artists, like Jackie Aina, a makeup and beauty Youtuber with 1.8 million followers, and general makeup enthusiasts alike.Their goal, it seems, is not solely about looking pretty, but also to have higher quality products.

The makeup community seeks a longer lasting foundation, products that won’t irritate the skin, and products that are sustainable. So, if considerations can be extended to women, why is it such a problem when a man wants to participate?

One could say it’s about social control. We live in a reality where there’s an overwhelming idea that balance means equality. We believe that everything is a constant dichotomy: a black or white like yin and yang. It’s not. True equilibrium is about equity, about finding the gray area, which is not a bad thing at all.

From a very early age we are taught how to behave and respond to social controls in a way that satisfies others, mainly those in positions of authority. We learn at school; we learn at home; we learn at church. All that we’re taught maintains a frame of normalcy that confines and restricts expression of femininity and masculinity. We all have feminine and masculine qualities.

Gender and sexuality have major gray areas. The concept of gender only holds value because we give it power and use it to define the image of a real man or real woman. A real man is tough, reserved and a provider who has no time for fickle, trivial things. A real woman is docile, subservient and naturally beautiful. Thus, beautification is inferior because it’s for the weak minded. Right?

Trevor Lile, a sophomore from Elizabethtown, said men often have a jaded understanding of makeup.

“That seems to be a common misconception with makeup,” Lile said. “Like, you have to be gay to like makeup. You don’t. If you watch shows like ‘Face Off’ or even tattoo artists, a lot of those men, a lot of the male contestants, are straight and very much into their arts. Because that’s what it is. It’s an art.”

As conversations around gender and sexuality become less taboo, we’re hearing a lot about toxic masculinity. Conceptually, this is a guide for men, telling them what they must do to be considered a “real man.” And, it can be dangerous. A big part of this trait is the idea that masculinity trumps femininity thus giving them the entitlement to control women.

One way men like to control women is by telling them how much makeup they should wear. There’s a joke between some on the internet that you always take a woman swimming on the first date to see if she is actually pretty. Apparently, men believe that beauty should be natural, but only by their standards.

“Honestly, anyone’s appearance isn’t anyone else’s business,” Muir said. “So even if someone doesn’t have a full face of makeup or just an unnatural look it shouldn’t affect anything.”

While makeup can be a totally personal experience, it’s also an art  used to express yourself. But we have lots of work to do before we can get everyone to agree with that sentiment. Calling it an art frees people from fear of unconformity and encourages self-expression.

“I think if we went with the idea that makeup is an art form rather than just something you put on your face to look nice or cover up a blemish, I think we’d allow more people to get into the arts,” Lile said.

Though it’s easy to point the finger at societal conditioning, another aspect that contributes to the repression of males in makeup is religion and traditionalism. The two go hand in hand. Anyone who dares travel outside the set societal bounds is seemingly undeserving of respect.

Social control and pressure have a way of stifling art. They condemn the things that make us special; they condone the things that make us miserable. Beyond that, there is a real power in being yourself and being supportive of things you don’t understand and don’t affect you. That’s one of the best ways to express your love. If we let makeup be a choice for all rather than an expectation for some, the world will be as colorful as the community surrounding the practice.