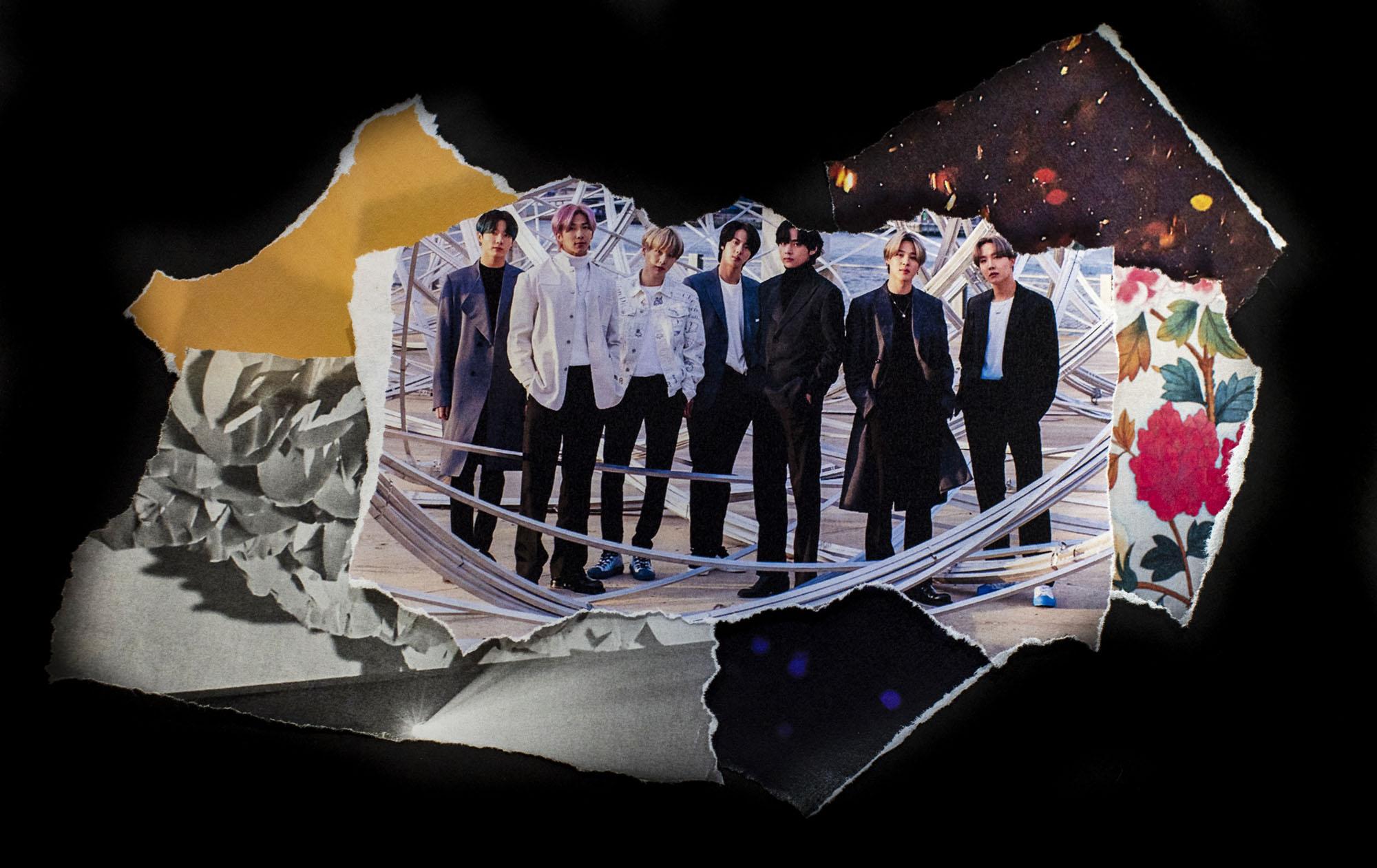 BTS introduced their new album “Map of the Soul: 7” in an enhanced album playlist on Spotify with “we gave it everything” and “whatever you expected, it’s more.”

Ten months after their last album, BTS came back in full force with a 20-track, 74-minute-long album that can only be described as “7.” Seven members, seven years since their debut in the music industry — this number means a lot to this group, and this album reflects that sentimental feeling as much as possible. If someone wants to really dive into BTS, this is the perfect album because, more than any before, it encapsulates the best of BTS, from the innovative sounds to meaningful messages in the lyrics.

“7” lays out BTS’ journey from 2013 until now, and each song has a subtle nod to past eras that make up their diverse discography. “7” plays out like an elaborate quilt, a woven story where points in time in BTS’ history years apart are brought together, for only a moment, to then connect to something completely new and innovative. This album honors their past, reflects on their current success and points to a new attitude and sound they are going to bring to their music in the future.

The first five songs on the album are from BTS’ release of “Map of the Soul: Persona” in April 2019. The idea of “Map of the Soul” is based on Carl Jung’s map of the soul, and persona is only one piece of the map, representing the way people present themselves to the world outwardly by putting on certain masks to fit each situation, not going too much beyond the surface-level interaction, according to a Journal Psyche article on the Jung’s map of the soul. With “7,” it is clear that BTS sought out to encapsulate more elements from the map of the soul that are underneath the surface. Placing these songs at the beginning served as a prologue to the depth and honest soul searching that was to happen with the rest of the tracks. For fans of BTS, these songs travel them back in time to April 2019, and they get to experience the 10-month-long journey presented alongside BTS. 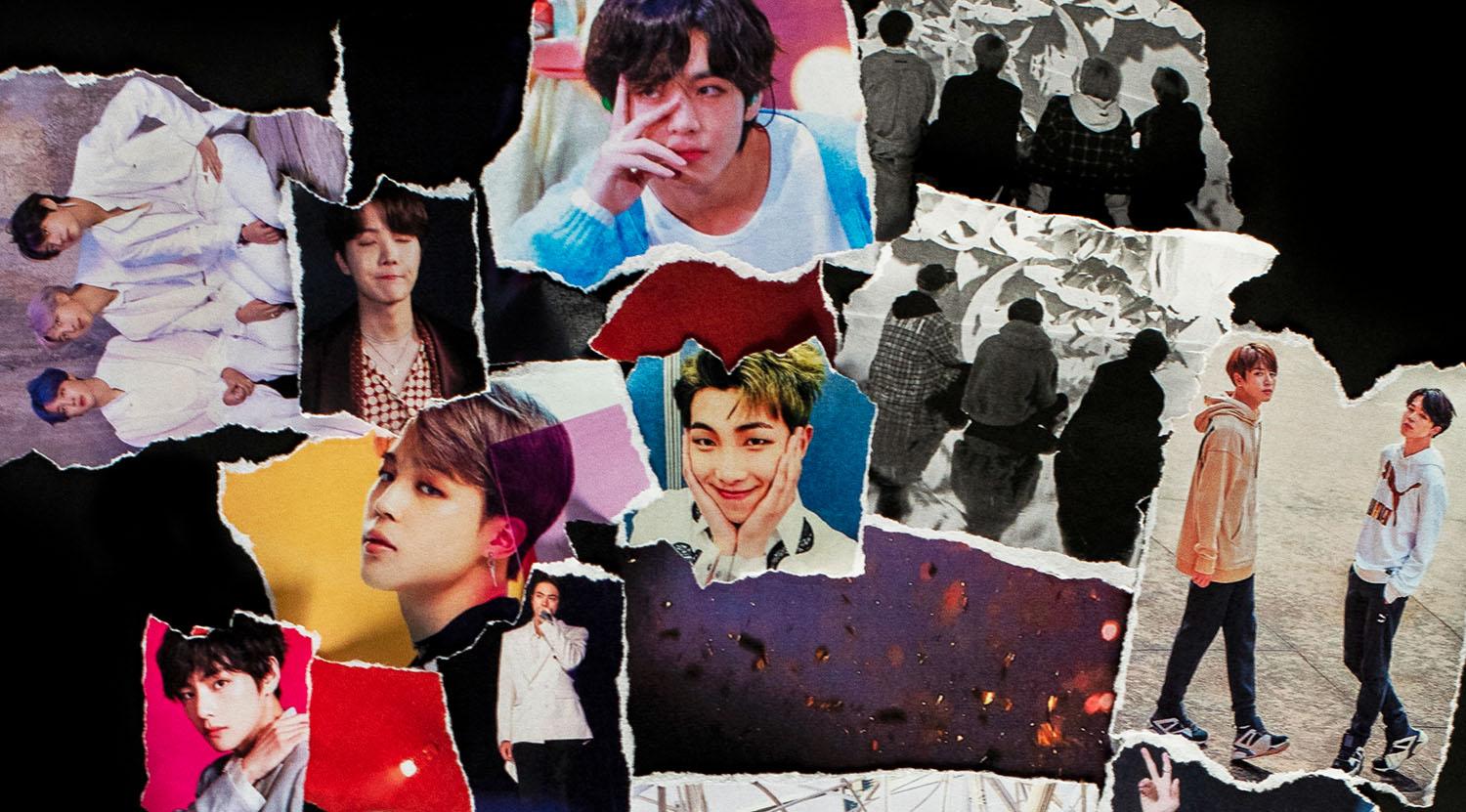 “Interlude: Shadow” is the first taste fans get of what is in store for “7.” “Shadow” is Suga’s solo for the album, with a hip-hop backing, that surrounds the shadow element of the map of the soul —  the part of the soul the self wishes to ignore yet balances the entire psyche, according to Journal Psyche. The song feels like a response and counterpart to the song “Intro: Persona,” which was RM’s solo for this album and the first track on the “Persona” album; persona is seen as the opposition to the shadow, the outward to the inward side and the light to the dark. “Interlude: Shadow” discusses fame in all capacities. The beginning of “Shadow” surrounds Suga’s aspirations to be famous at the beginning of his career. At the end of the song, the beat gets louder and deeper as the song shifts to show the darker sides of fame he did not originally anticipate. This kind of brutal honesty about fame, the light and dark sides of it, is a general theme throughout this album and is something that is pretty uncommon to discuss in K-pop songs. The song samples part of the introduction from “O!RUL8,2?,” their second release from 2013, which matches the fact that the song lyrics compare Suga’s past and present mindsets.

“Black Swan” is the lead single BTS released before “7.” It stands out for its groovy, R&B vibe that mixes with the traditional Korean sound seamlessly. The song speaks of the artist’s existential fear of losing passion for the work they hold close to their heart and how they are working to not let that fear stop them from doing what they want to do. Big Hit Entertainment, BTS’ company, released a beautiful “Art Film” featuring the MN Dance Company. Having a professional dance company dance to a song about losing passion for their work, paired with the allusions to the movie “Black Swan” and a quote from the famous choreographer Martha Graham at the beginning was incredibly emotionally-charged and powerful.

“Filter” is Jimin’s solo on the album — it has a funky Latin vibe. The song compares different versions of himself to filters and how you can switch them out to match what others want. “Filter” features unique references, such as “overlays” and “palettes” that provide beautiful auditory descriptions throughout the song.

“My Time” is Jungkook’s solo on the album — it has an R&B sound. The song maps out Jungkook’s journey of growing up in the spotlight as an idol. He is the youngest in the group, so he had to grow up the most and lose part of his childhood to be in BTS. This song highlights the struggles in that part of his life.

“Louder than Bombs” is a track that was co-written by Troye Sivan, who brings his distinct, moody, atmospheric vibe. In this song, BTS speaks directly to the fans, saying they will be there during hard times and will overcome obstacles together. BTS’ music is known for helping people through difficult times with the positive messages in their music, so this song speaks a testament to that impact they have left on their fans.

“ON” is “7’s” title track. The song utilizes the rhythm of a marching band and has the energy of a hype, motivational song. The word “ON” is the reverse of “N.O,” BTS’ title track off of their second release, “O!RUL8,2?,” and it matches the song in power and aggression. “N.O” described BTS’ future aspirations at the time, and “ON” describes how much BTS has continued to work hard over the years and will in the future, with key lyrics in the chorus like “Bring the pain.” There are, lyrically, numerous allusions to past eras, but they negate what they said in the past songs to show how they have grown and learned since then. It acknowledges a victory of what has been accomplished thus far but also looks forward to the work ahead. There is a “Kinetic Manifesto Film: Come Prima” out for “ON,” showing off the impressively intricate choreography and featuring BTS and dancers from THE LAB. The official music video for “ON” will be released on Feb. 28.

“UGH!” is the rap line’s song, featuring RM, J-Hope and Suga. This song expresses the rage they feel when they get hate comments. The song is a nod to the four cyphers the rap line has released in past albums in which they dissed haters, along with “Mic Drop,” where they said they did not need to give the haters clout anymore due to the fame they have received. “UGH!” is almost a step back to their old mindset — they still feel anger, even after receiving so much recognition. They feel the need to address it in some way. 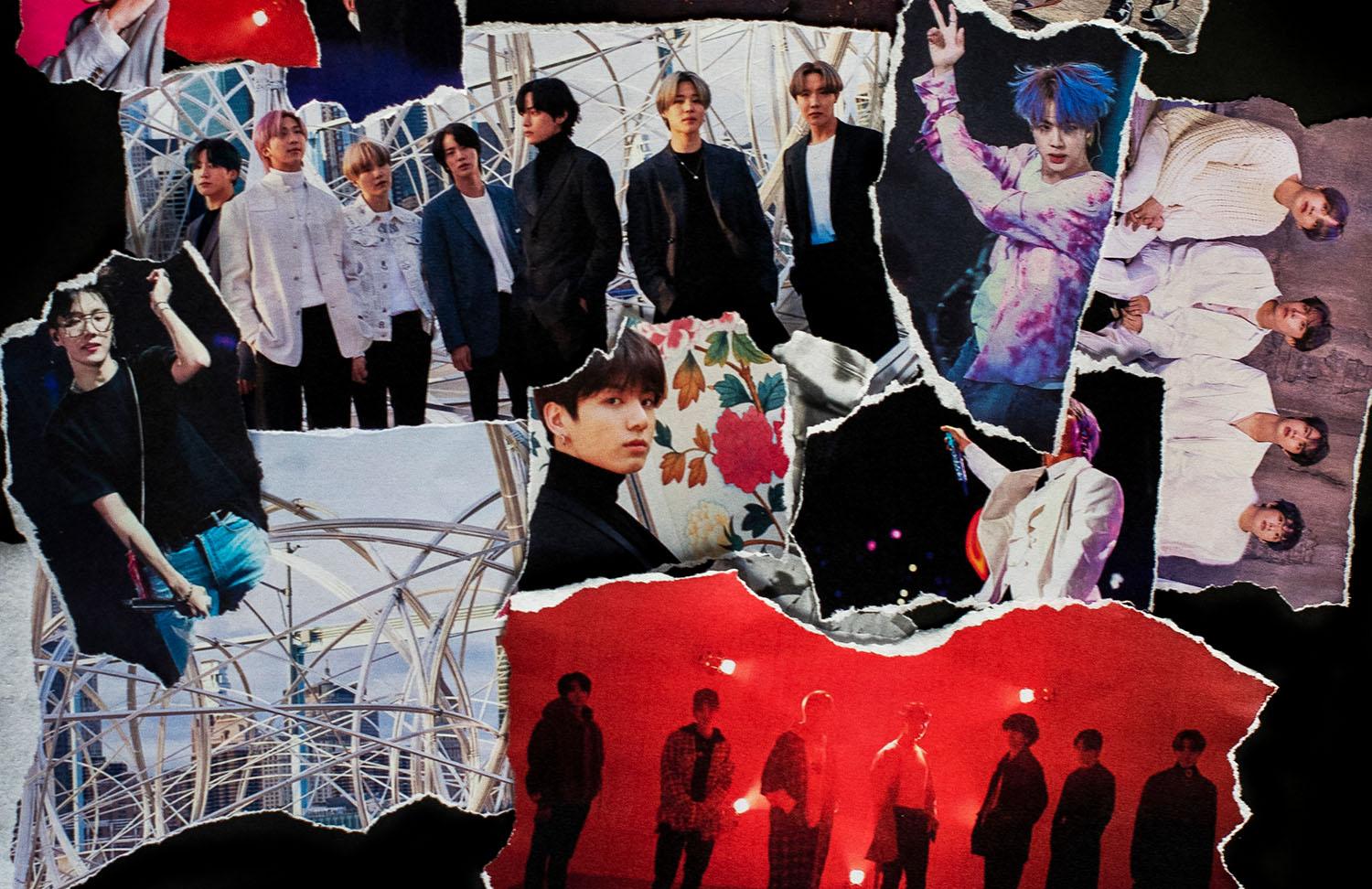 “0:00” is the vocal line’s song, featuring Jin, Jimin, V and Jungkook. The song has a bit of an ethereal but optimistic melody. It speaks of being able to restart at midnight after being upset during the day. This song is very positive and makes the listener smile. This happier vibe continues in the next few tracks.

“Inner Child” is V’s solo for the album. This song, at its heart, tells a story. Utilizing many beautiful sensory descriptions throughout, such as “silver galaxy” and “tingling sun,” V talks to his past self about how he has changed through time. The song almost feels cinematic in the emotion it evokes.

“Friends” is a unit song with Jimin and V. The song is uplifting and showcases the journey of Jimin and V’s close friendship from when they met until now, with many references to specific stories that built their friendship. Ending with them calling each other “soulmates,” this song is a very cute and sentimental addition to the album.

“Moon” is Jin’s solo on the album, where he compares himself to a moon and fans to the planet that looks at him from afar. This song has lots of space and color imagery in it that serve the sentimental metaphor of how much BTS fans, ARMYs, mean to Jin.

“Respect” is a unit song with RM and Suga. This song provides a change in pace in the album, going back more to BTS’ original, hip-hop sound that they debuted with in 2013. The song discusses the concept that people use the word “respect” without fully understanding the meaning that comes with it and that people should not say it as often as they do. This song provides vulnerability of the weakness they feel inside at times and the “respect” they feel they have to live up to.

“We Are Bulletproof: The Eternal” was described by BTS as a continuation of “We Are Bulletproof Pt.2” off of their first release, “2 Cool 4 Skool,” but the song strayed away from the original song and went for more of a powerful but moody vibe. This song, more than any other, emulates the journey BTS has had over the past 7 years. The song discusses the hardships BTS faced at the beginning of their career and honors the obstacles they overcame to get to their present fame. BTS also further connects their fans to this album’s journey by saying “We were only seven, but we have you all now.”

“Outro: Ego” is J-Hope’s solo on the album, representing the ego part of the map of the soul which is the side of human consciousness that is comprised of thoughts, feelings and memories, according to Journal Psyche. This song is an upbeat, funky conclusion to this album that can only be described as J-Hope’s signature style. The song begins with the same introduction as “Intro: 2 Cool 4 Skool,” from BTS’ first release “2 Cool 4 Skool,” which provides a full-circle, “end where you started” approach —  a perfect conclusion for an album about how BTS got to where they are today. This song reveals that J-Hope often thinks back to his past but knows he can’t go back and change any of it, so he instead looks forward to the future without any regrets of his past.

This album is long and dynamic in nature, but so was BTS’ journey to get here over the past seven years. This album review should, in theory, be shorter, but leaving out one of the songs felt like leaving out a part of the journey that got BTS to where they are today. Each song reveals a small look at BTS’ map of the soul, and this album truly shows BTS in the most authentic way possible.