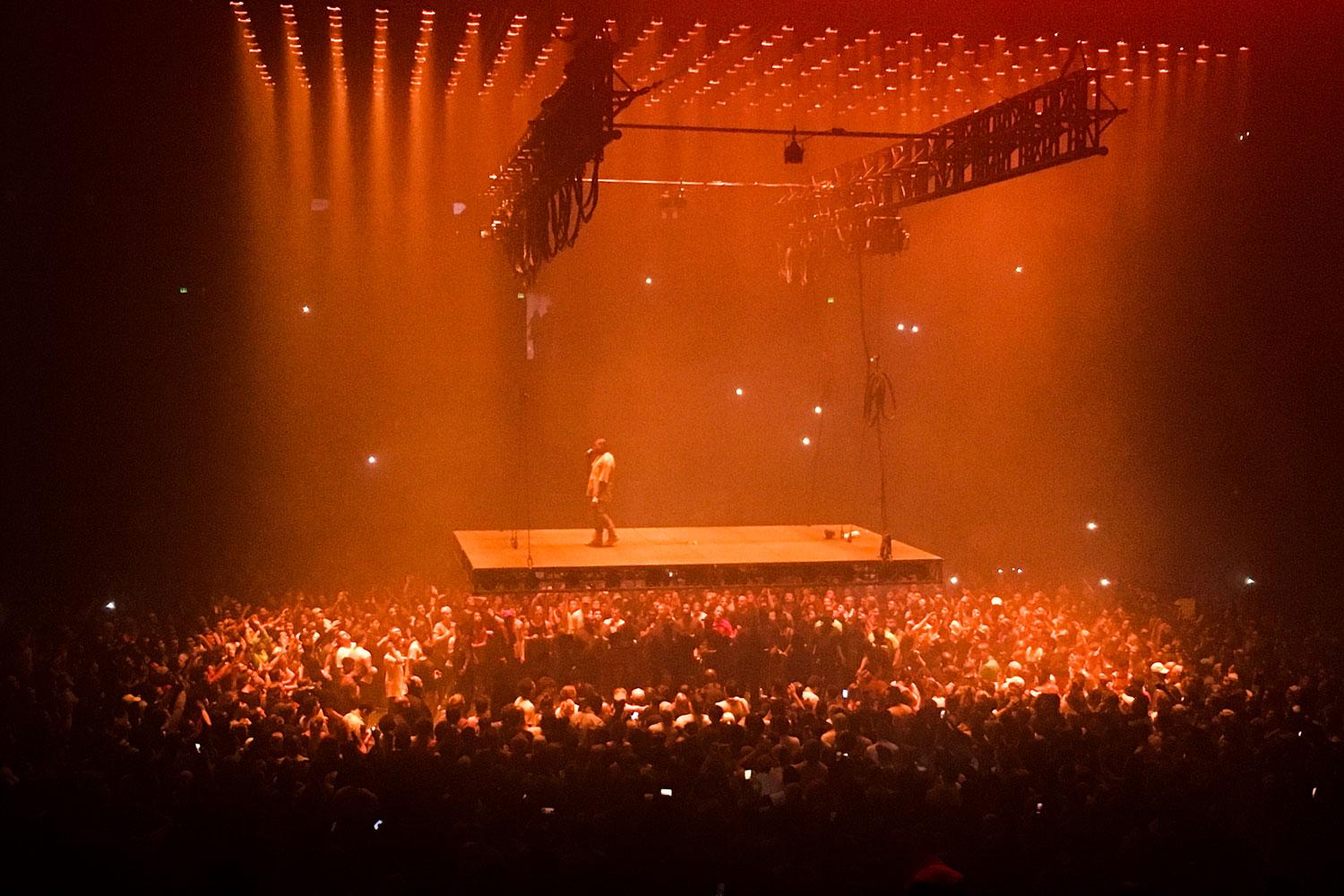 Two Talisman staff members attended Kanye West’s sold-out “Saint Pablo Tour” at Bridgestone Arena in Nashville last weekend. Here are their reflections on the experience and their understanding of what it truly means to be a Kanye fan. Scroll to the end for our “Essential Yeezy” playlist.

“F— the Pope,” Kanye West muttered, after proclaiming that he had sold more merchandise than the head of the Catholic Church near the latter end of his two-hour, 31-song set at Nashville’s Bridgestone Arena.

Well, I thought. He has a point.

After all, this is Yeezy’s world, and we’re just living in it.

Call it arrogance or blasphemy, but one cannot accurately call it a lie. Because indeed, he had.

At his Madison Square Garden show earlier this month, he moved an impressive $780,000 worth of merchandise. Pope Francis sold a meager $540,000 at his own speaking event.

West’s knack for the extravagant — those luxury taste buds of his — might conjure up an Ebenezer-esque image of the self-proclaimed “38-year-old, eight-year-old” swimming in a vault brimming with gold coins.

“Wealth is not the biggest luxury in life,” a more serious West said later in the show.

“Friends,” West said. “Family. Time is the only luxury. Wealth? Wealth is only wealth.”

Yeezy blessed the sold-out crowd with seemingly sporadic stream-of-consciousness statements of faith — all spoken into an auto-tuned microphone over a simple beat, per Yeezy tradition.

The night of the concert, Yeezy was someone that I looked up to — quite literally.

West pulled off a technical feat on his Saint Pablo tour by making use of a floating stage that hovered from area to area over the crowd, occasionally stopping to pivot and tilt.

“It’s impossible to sell more tickets than we did tonight,” West said in an enthusiastic tone. “Because we don’t even have a stage on the floor.”

The crowd cheered and lifted their hands, trying to reach the man who was floating above everyone else in the room.

West is infamous for being late to his shows — so much so that his fans kind of expected it.

“I’m going to be pissed off if he actually shows up on time,” an oddly patient fan said in earshot distance.

In 2008, West was two hours late to his Bonnaroo performance. The crowd was not too terribly pleased — they angrily shouted “Kanye sucks” and booed him off the stage after tossing trash at him.

But that was then.

West calls himself an innate perfectionist, and he says he wanted to ensure that every show on the tour was a unique experience for his fans — an experience that spans a man’s prolific career, a toast to unrestrained creativity and living life without limits.

And it seems like that’s exactly how Kanye lives his life.

“The Life of Pablo,” West’s most recent studio album, reflects those deeply held beliefs. It’s frenetic and messy, but it’s fun. It has empowering gospel moments — “Ultralight Beam” is a milestone in music history. But it also has moments of pure raunchiness. This unlikely dichotomy paints a portrait of a man who loves his faith and family but is also drawn to the sin that comes along with a life in the limelight.

Even before the concert began, meandering around Bridgestone Arena’s surprisingly soft floor — which would serve as a makeshift mosh pit for the duration of the show — provided enough entertainment on its own.

A drunk teenager wandered around in front of me, rambling, “Knoxville is a pretty wild place, but not as wild as people say it is.” I felt bad for his parents who would have to take him home. Knoxville is a long way away.

A lot of young people were there, and there were a whole lot of white people.

Strangers freely approached other strangers and talked about themselves, their expectations for the evening, and their favorite moments from West’s impressively diverse discography.

West benevolently gave his fans time to interact and bond with one another, as he was a little over an hour late. Earlier that morning, he played a show with Chance the Rapper as Chance played homage to his hometown, Chicago.

I made mistakes, I bumped my head

West seems to be well-aware of his controversial tendencies as an artist.

“What makes it harder for y’all as my fans, is y’all got to defend me all the time and s—,” West said in an apologetic tone while sitting on the edge of the floating platform. “But you know what? Any of y’all that got a dream or a vision, just point at me. I’ll be making mistakes all the time. A successful person is the person who can afford to make the most mistakes. I love making mistakes.”

West doesn’t expect his fans to defend or even condone any of the mistakes he makes or how he handles them.

It’s nearly impossible to hold mindless adoration for Kanye West. Instead, he demands that the public sees him as a person — his flaws, his moments of genius, the entirety of his being.

Being a fan of Kanye West requires your full, undivided attention. It forces you to think critically about the pieces of pop culture that you consume and the celebrities you admire.

On principle, Kanye refuses to cloak himself with the calculated layers of celebrity. He refuses to hide his vulnerabilities and eschews anything but the raw, brutal truth as he knows it. These moments of introspection and self-awareness appear on “The Life of Pablo” frequently.

He also wants you to know that you can be yourself.

Perhaps this is what it means to be a Kanye West fan. 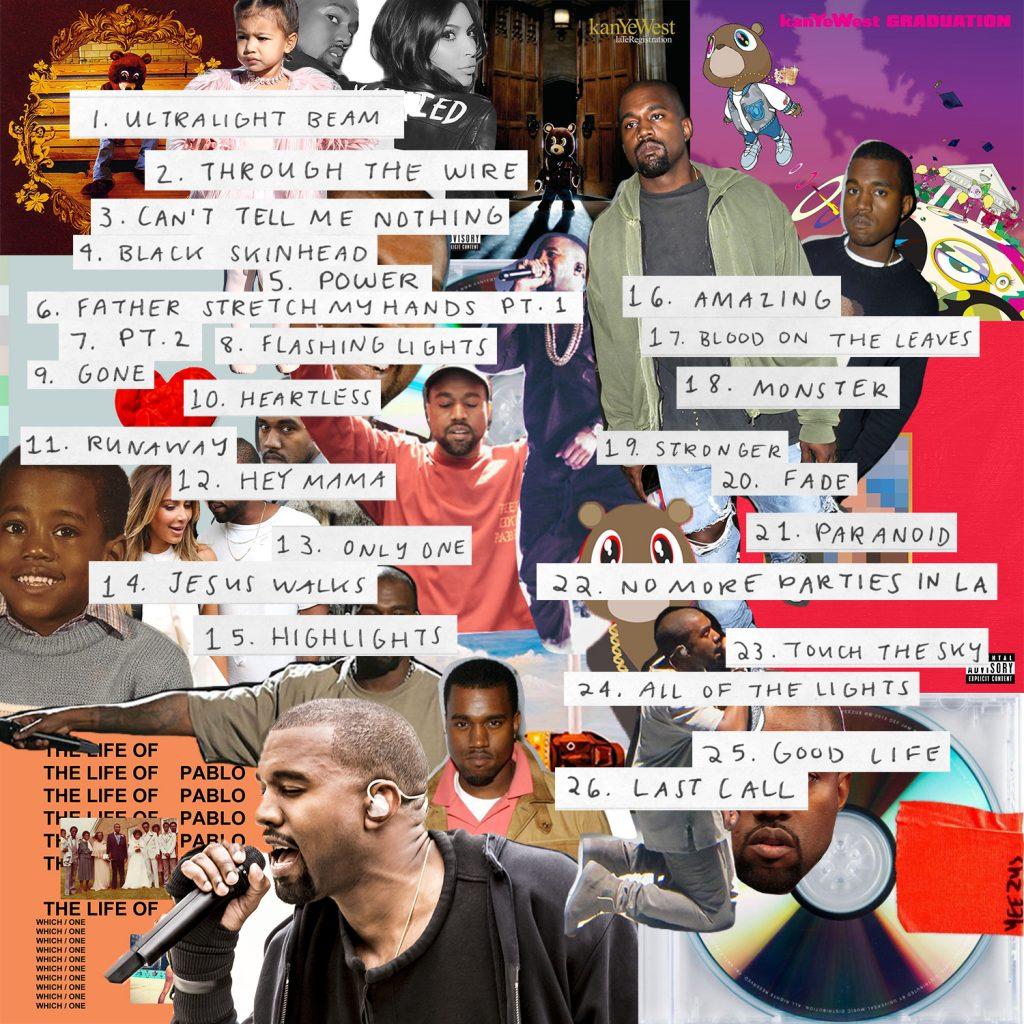