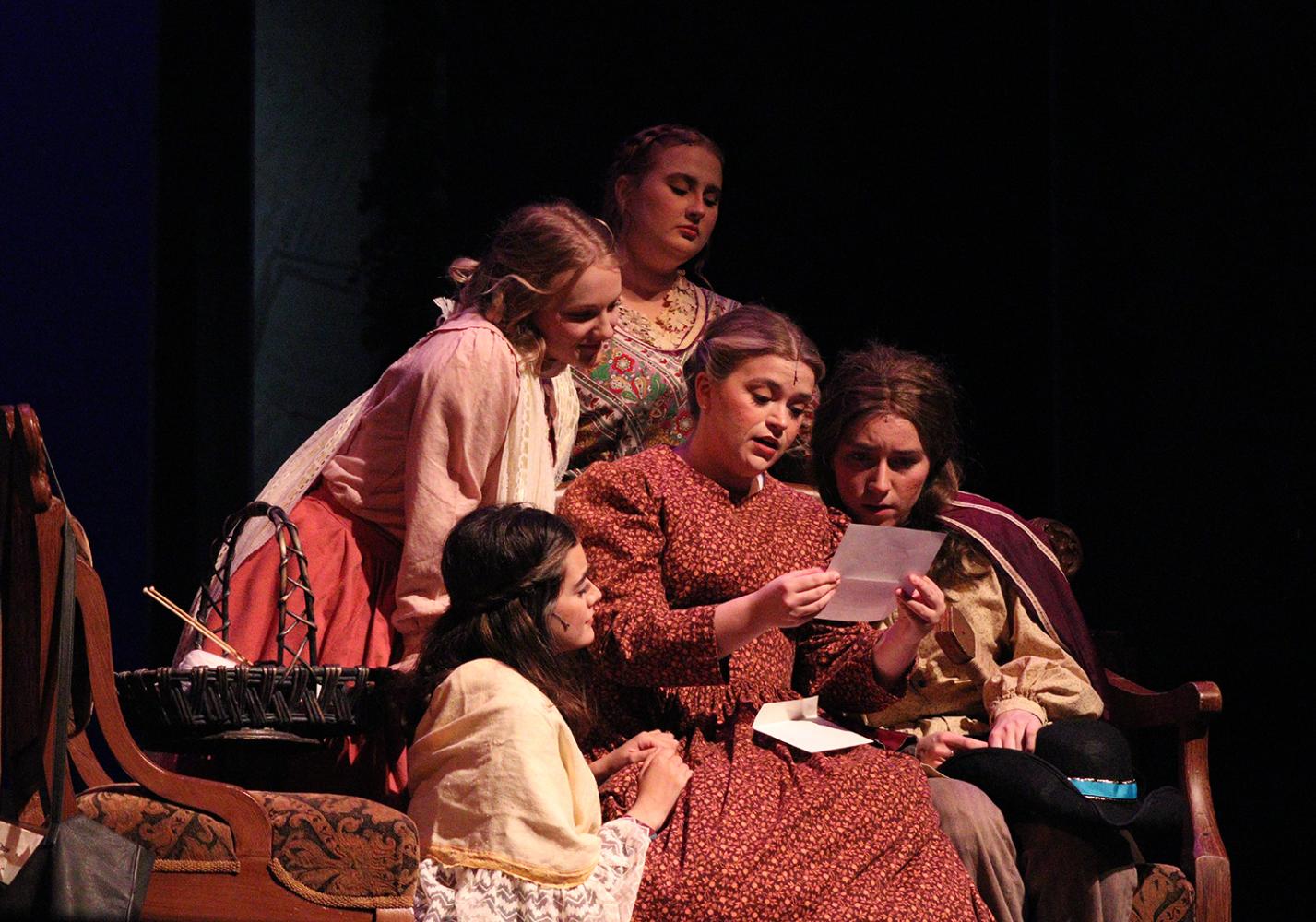 Behind the curtains of Little Women

The WKU Department of Theatre & Dance produces a musical each spring semester, and this year’s production was “Little Women: The Broadway Musical.”

“Little Women” follows the four daughters of the March family alongside their mother as they develop and struggle with relationships while their father is away serving as a Union soldier in the Civil War.

Months of hard work and dedication went into each performance of “Little Women,” which opened at Van Meter Hall on Friday, April 8 and closed with a final showing on Sunday afternoon, according to the play’s director, Bronson Murphy.

Bowling Green junior Emma Tuggle said she was excited to be back on stage after COVID-19 and working with Murphy. A vocal music major in the B.A. program, Tuggle played the March family’s wealthy aunt.

“I haven’t done a show in a few years and so coming into this I was very nervous,” Tuggle said. “I wanted it to be an exciting experience. I wanted to learn a lot.”

Auditions for “Little Women” started in the fall 2021 semester and rehearsals began in early February. Students were eager to perform once more since the COVID-19 pandemic, according to Tuggle.

“It was really good to be back in Van Meter after I hadn’t really done a big show in three years,” Bowling Green senior Ben Morrison said. “I haven’t even gotten to do a mainstage Western show in Van Meter really, so it felt like a welcome home to be back there.”

“I’m glad I get to usher in a return to normalcy for my senior year and hopefully set up success in the future,” Morrison said.

Murphy said students and faculty worked for months to develop the show to create chemistry between actors and blend their voices in harmony.

“The first time these kids met, they didn’t have nearly the chemistry they do today because we’ve shoved them together for two months,” Murphy said. “We’ve made them get familiar with each other and get comfortable with each other, and make sure we’ve kind of guided them to make sure they’re telling the exact same story.”

Throughout the rehearsal process many actors, like Bowling Green sophomore Lauren Milam, said they were pushed out of their comfort zones, playing roles they’re not used to. Milam is a music education major and played Marmee March, the March sisters’ mother, in “Little Women”.

“For me, it’s been kind of crazy because I’ve never had a role this big before,” Milam said. “It’s been a new experience for me because you kind of figure out that you were capable of stuff that you didn’t know you were capable of. It’s challenging, but in a safe environment.”

Charlotte Cirves, a sophomore B.F.A theatre student from McFarland, Wisconsin, was the assistant stage manager for the show. Cirves has worked in backstage technical work for six years and worked in stage management for WKU previously.

“This is my first mainstage show. It’s the the biggest one I’ve ever done, probably the most challenging,” Cirves said. “I have learned so much. I didn’t realize how much knowledge I lacked until I started this process. I think I’ve come so far, not only as a techie, but as a person.”

Milam said Bronson treated her and the rest of the cast like professionals and asked for their input to make the show more unique to their performances.

“He’s very clear with direction but also gives us room to play with stuff that we want to and make it our own,” Milam said.

Cirves said that putting on the “Little Women” production is an experience that each member can look back and learn from.

“It’s been really amazing, being able to watch the growth of the show,” Cirves said. “Watching it go from just an empty room, everyone was on-book, and we’re all new to this process, and watching the set develop and all of the spectacle be put in. It’s just been an amazing process seeing this all come together.”

Morrison said she felt the cast and crew developed close relationships while preparing for the show.

“I feel like we’re all just this one fluid unit that is pretty close given the short time that we’ve spent together,” Morrison said. “It helps that this show is such an intimate and heartfelt show that allows us to enter that vulnerable space.”

Tuggle said the thematic importance of family in “Little Women” helped her build relationships with other members as rehearsals went on.

“Obviously, you have to be close with the people you’re around, but we have such a family dynamic now”, Tuggle said “It’s just fun to pick at each other and fun to see how we work under pressure and encourage each other and build each other up.”