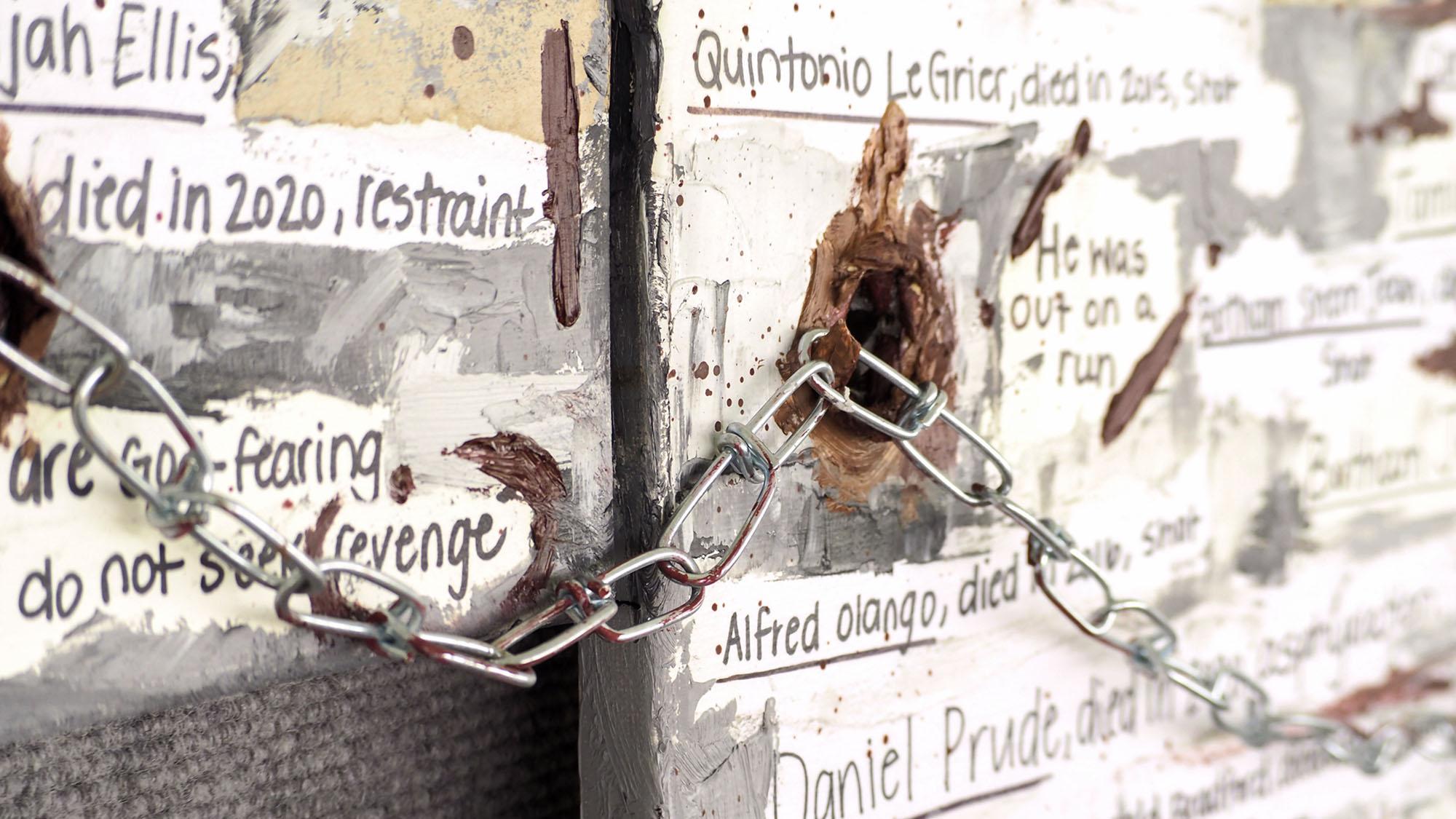 On Friday, April 9, the Minority Artists Perspective Club and WKU’s Art Department hosted a Black Lives Matter art exhibition. The featured art covered a range of topics, such as police brutality, sense of self, incarceration rates in the community and the policing of Black hair.

Hosted on the Colonnade, the exhibit featured art submitted by students, faculty, alumni, former faculty and prospective students. The exhibit conveyed the artists’ experiences and emotions and started conversations among visitors.

“This is really the first art thing that I’ve ever been to that showcases Black Lives Matter art,” said Danté Whitley, a junior from Stockbridge, Georgia.

Whitley attended the event to show support to his friends, but while there he gained a new appreciation for experiencing different perspectives through art, he said.

Throughout the day, visitors could walk through the exhibit featuring around 45 pieces of art created in different mediums. Later on in the evening, there was a reception during which awards were given out to the artists, followed by an opportunity to speak with the artists, organizers and faculty. 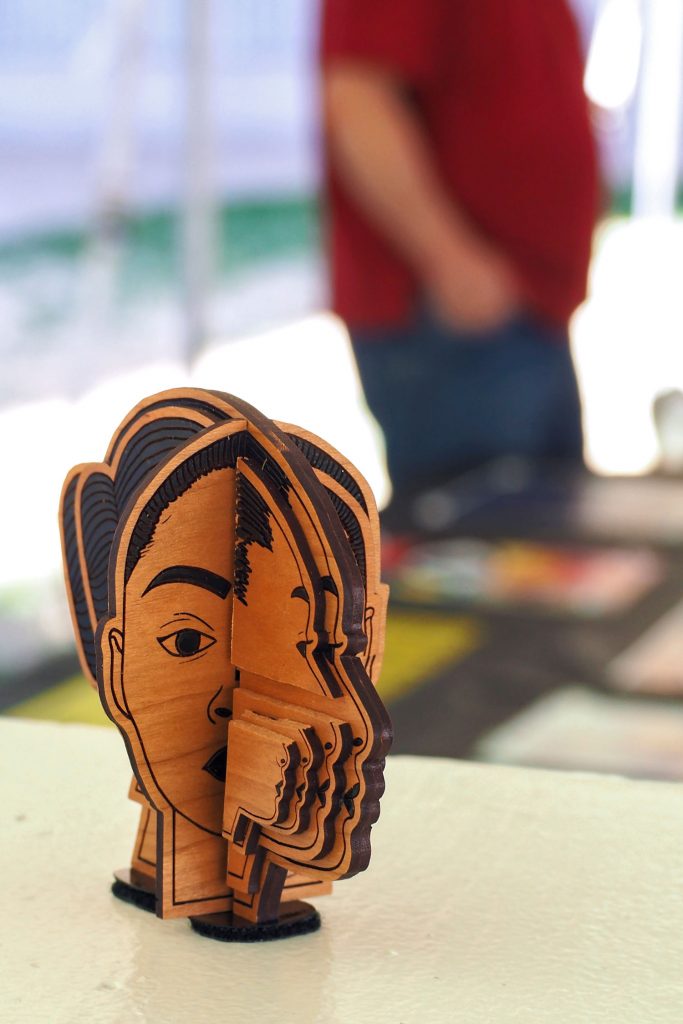 “All the Layers of Me” is a sculpture piece created by WKU student, artist and graphic designer Cierra Pegg. It’s one of the many student submissions for the Black Lives Matter art exhibit portraying personal experiences with identity. Pegg’s Instagram account is @itscc_art. 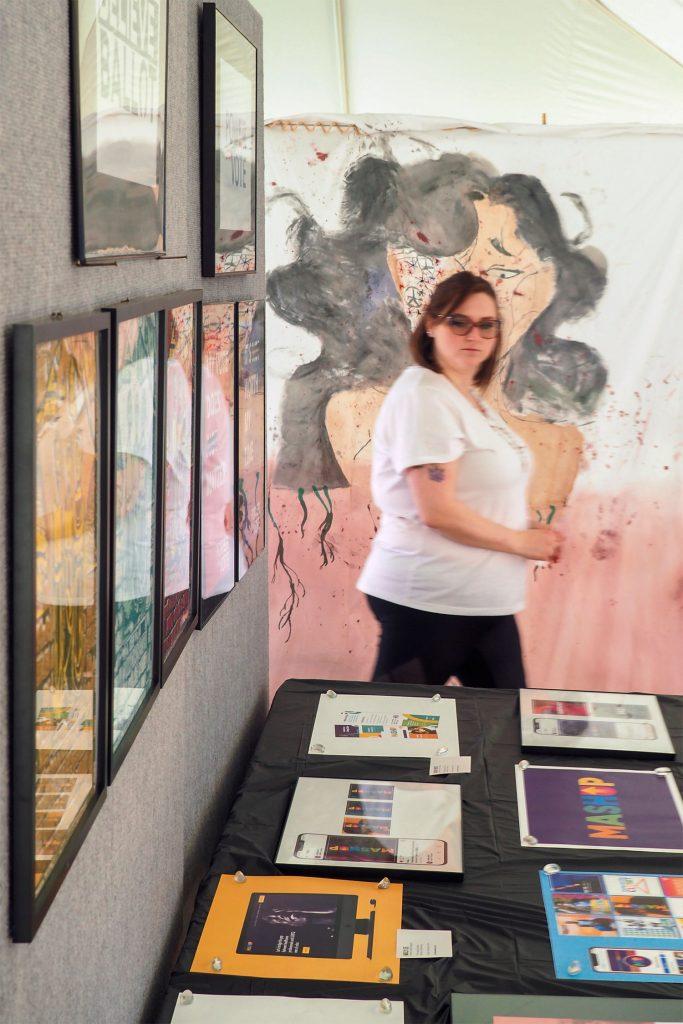 Professional-in-Residence and Imagewest co-director Kara Williams-Glenn prepares for the final showing of the Black Lives Matter outdoor art exhibit in the FAC tent on Friday, April 9. WKU alumni collaborated with the art department to build an exhibit featuring art from students and staff honoring the Black Lives Matter movement.

The Minority Artists Perspective Club is a club for students of marginalized groups who are “interested in the advancement of progressive ideas in arts.” It alsoThere were some concerns about the show due to the subject matter it covered, Vine Grove senior and club member Sierra Bragg said.

“I was scared, and for a second I was like, someone really could come here and destroy stuff if they didn’t agree with it,” Bragg said.

Bragg was a featured artist and received an award at the reception for her sculpted piece, “The Layers of Me.” She said the piece was about the layers of her as a Black woman. She also showcased a three-piece display titled “Locked Up,” which displayed Black women with dreadlocks that form chains secured by locks. She said it’s about how Black women’s hair is policed and how there are disproportionately high incarceration rates in the Black community.

The club and department have plans to continue the Black Lives Matter show in the future but also have hopes for more events highlighting the expression and experience of minority artists. 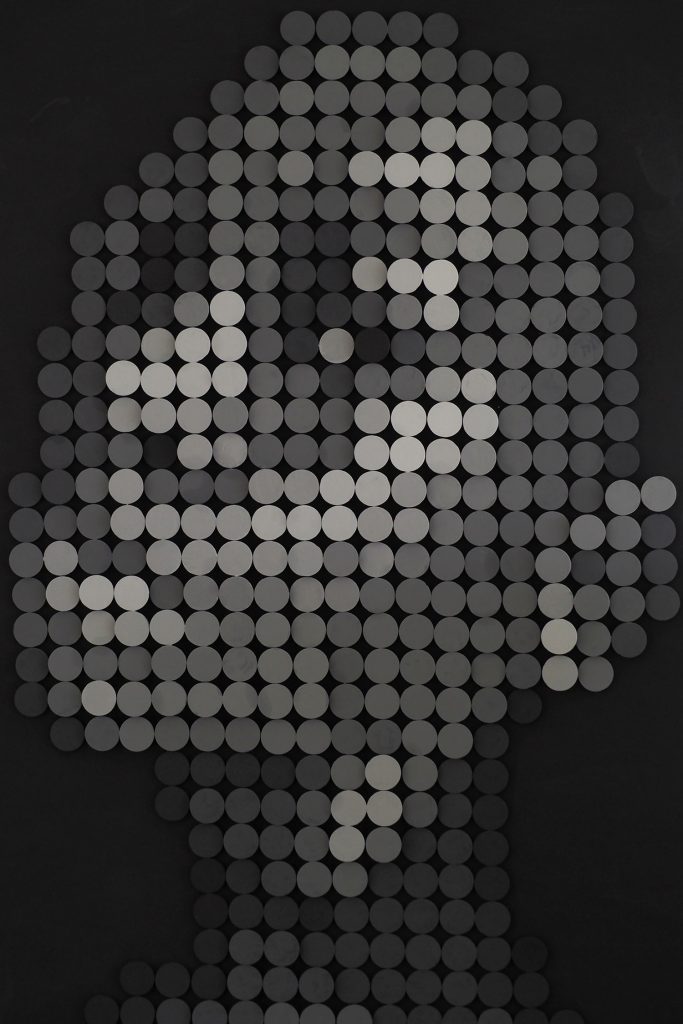 Williams-Glenn also contributed to the exhibition with her mixed media piece “Perception.” It was one of the largest pieces and used painted pop-sockets to create a dimensional illusion that appeared to form a portrait. 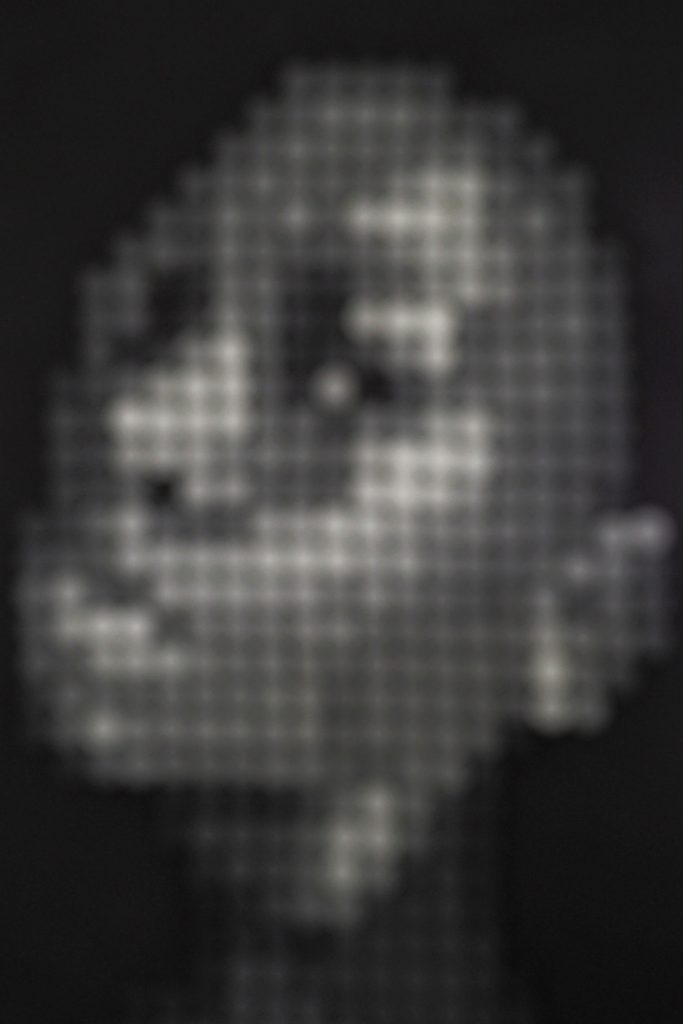 When looked at slightly blurred or from further away, the piece reveals a different rendering of the portrait. Glenn shares more work on her Instagram, @karaewilliams.

“I definitely hope to see this happen every single year,” said Kara Williams-Glenn, the club’s adviser and a featured artist in the show.

Williams-Glenn’s piece, titled “Perspective,” is made of black, grey and white painted pop sockets forming a face, head and shoulders. She said it’s about how society perceives Black women.

Williams-Glenn said they’re hoping to put on an exhibit themed around women and the LGBTQ+ community in the near future. Information for future shows can be found via flyers around the Fine Arts Center or on the Art Department’s Instagram.