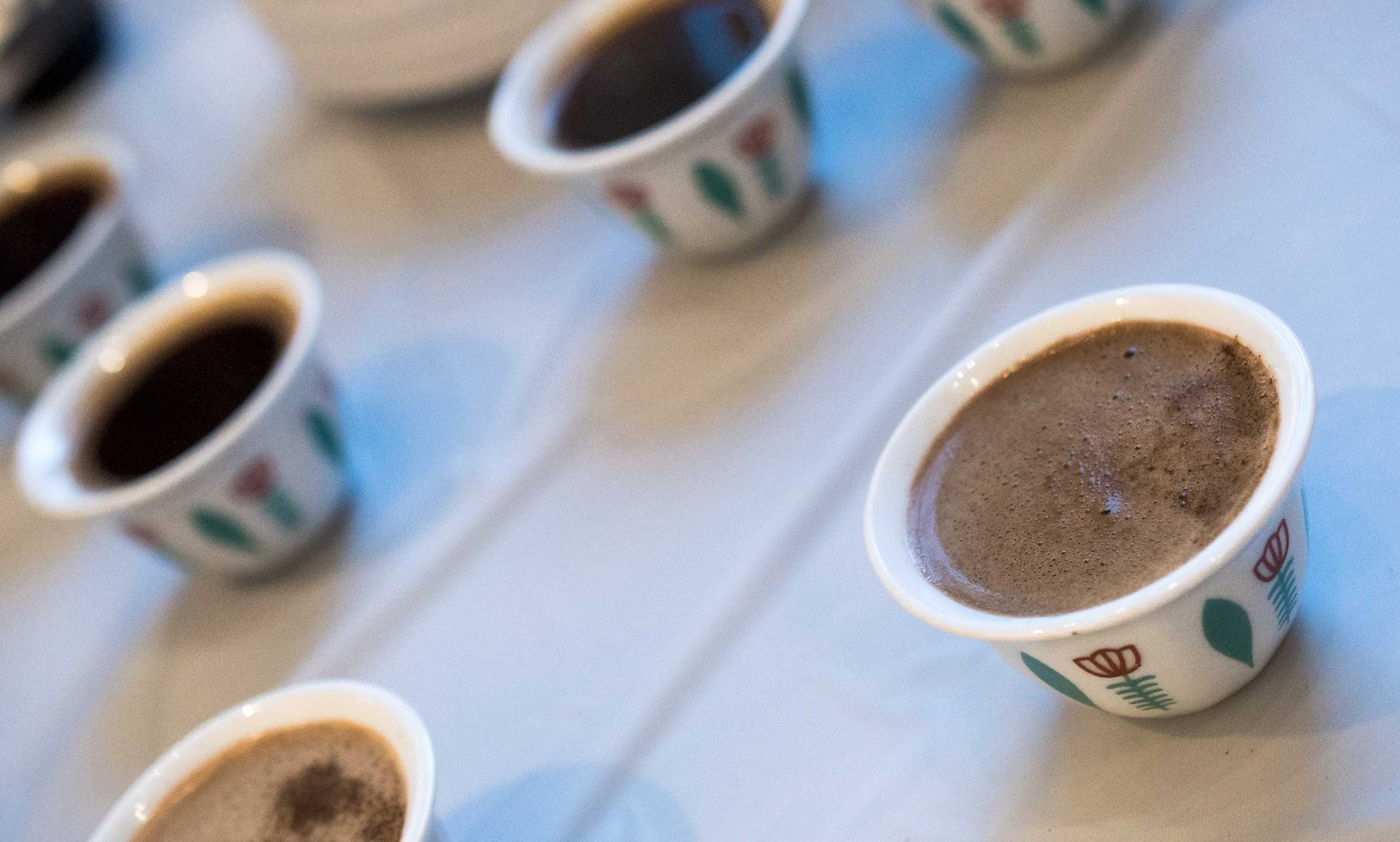 Bosnian coffee and culture with the Kentucky Museum

Sit down. Relax. Dip a sugar cube into your coffee. Bite off the melted bit, then flood your taste buds with the strong, foamy drink. Take your time, enjoy every sip. You may even discover a ćejf of yours — a small joy that seems to make life worth living and brings deep satisfaction and peace.

There is almost as much of an art to drinking Bosnian coffee as there is to making it. For many Bosnians, this often entails long talks over coffee with friends and family or even just enjoying a cup by oneself. They love to enjoy life.

It’s a sad wonder how not so long ago, Bosnians suffered atrocious acts of genocide. After the Dayton Peace Accords in 1995, many Bosnian refugees found sanctuary in different countries around the world. And in Bowling Green, those refugees found not only sanctuary, but a home.

With nearly 5,000 Bosnian Americans in Bowling Green, the group makes up about 10 percent of our city’s population, according to Bowling Green’s website. Despite this large population, Kentucky Museum director Brent Bjorkman said he thinks Bosnian Americans haven’t received the attention they deserve as a cultural group. “A Culture Carried,” an exhibit at the Kentucky Museum is an attempt to showcase this culture.

“As a folklorist, we want to document things but we also want to share that with a larger public,” he said.

After Bjorkman met Denis Hodzic, a WKU graduate student whose mother escaped the war, a larger project aimed at sharing these people’s stories and culture began to take shape. Following a process of lengthy interviews and community-supported grants, the Bosnian exhibition opened at the museum in September and will continue to run for the rest of the academic year in connection with WKU’s celebration of the International Year of Bosnia and Herzegovina.

The exhibit details the journey of refugees from Bosnia to their resettlement in Bowling Green. It tells their stories using personal narratives and items of cultural significance — from ornate coffee grinders to dresses and even a model of an entire living room. In all, it’s a walk through time that leaves one with a sense of understanding, appreciation and admiration.

“Many of our grandparents and parents went through so much during the war,” Hodzic said. “Their identity was under attack. People tried to erase everything that they called theirs from the face of the earth.”

Now, two decades later, people are taking an interest in their stories and lifestyle.

“I think that’s part of what being an American is — being diverse,” Hodzic said. “And that’s one of the things that make this nation great in so many ways. We’re strong through our diversity.”

Bjorkman said he wants this exhibit to break down barriers and show how much refugees complement our own culture.

“Whether you’ve moved here, your family moved here or that they’ve been here for two weeks or 200 years, we’re all Kentuckians and we’re all part of this community,” he said. “We all have things to give and to share.”

The guests at the long table were eager. One wrote thorough notes on a pad of paper detailing the specific ingredients and method used. In particular, Husić emphasized the importance of the coffee having foam.

She told the crowd that a hostess spilling coffee as it’s being poured is commonly seen as a sign of good luck and jokingly said she wondered if the superstition just evolved to make the host feel less embarrassed.

Palavra later mentioned how the casualties of war continue long after peace is established. Despite the lasting presence of this trauma, there was warmth in seeing Bosnian culture — a culture almost erased by genocide — shared and celebrated with people thousands of miles away.

As some guests went back for seconds, a cloudy sky overlooked the courtyard outside. No sniper fire, no bombs from above. Just home.