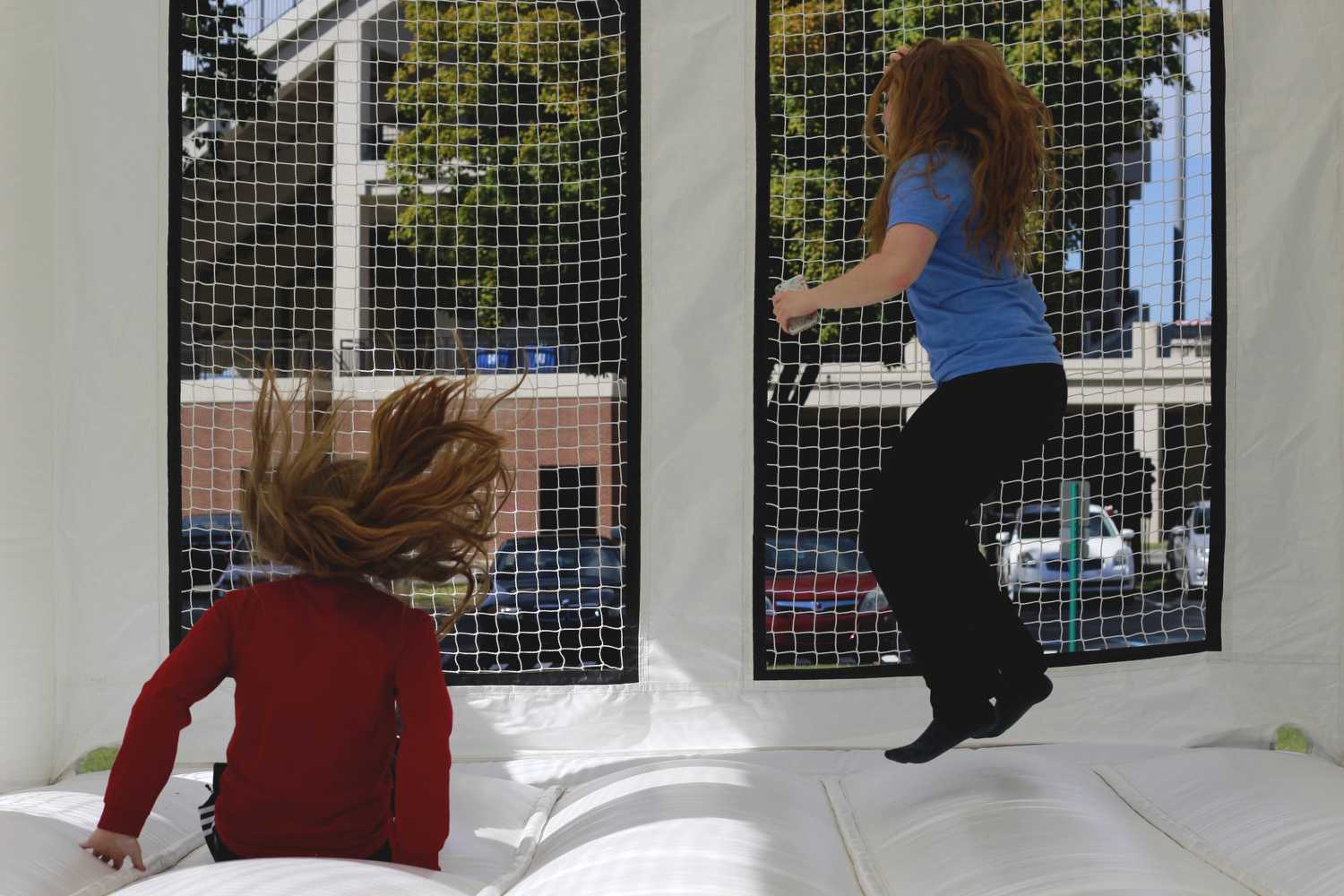 I always consider myself to be down for any kind of bounce house-related adventure. So, when I received word that there was going to be a White House bounce house on South Lawn on Monday, I was nothing short of intrigued.

The bounce house was brought to WKU by an organization called ONE, an international non-profit that advocates for the end of extreme poverty and preventable disease.

As soon as I got to South Lawn, my eyes beheld an inflatable White House replica that was probably about 20 feet tall (however, I’m majoring in English, not math or engineering, so that’s probably not the most accurate guess). 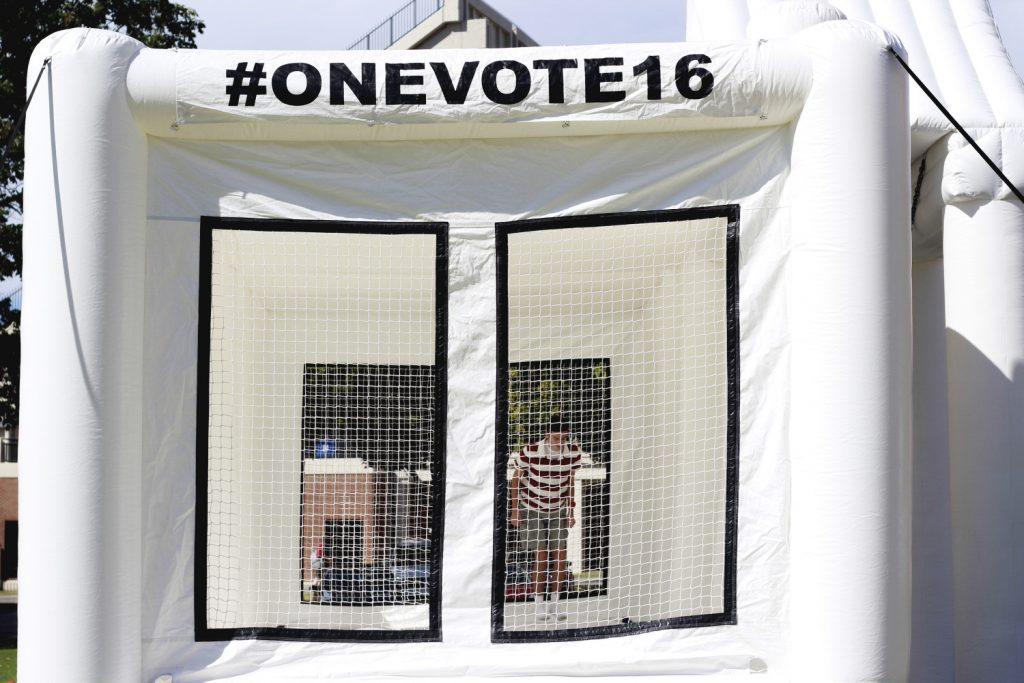 There was also a virtual reality trailer, but I’ve watched too many episodes of Star Trek: The Next Generation to be comfortable with anything related to virtual reality, so I just skipped along past that part.

One of the first questions I asked Charlie Harris, the ONE representative heading up the event and a WKU alumnus, was if Joe Biden was inside the inflatable White House. He informed me that he was not. I was disappointed, to say the least, but I pressed on.

Harris said that the purpose of the event was to encourage students to call on presidential nominees Donald Trump and Hillary Clinton to draft strong plans to end global poverty. Students could sign forms that ONE would send to the Trump and Clinton campaigns, and these forms discussed the importance of ending global poverty.

When I asked Harris why he was so passionate about this cause, he reflected back to ONE’s motto.

“I don’t have money to give, but I can use my voice,” Harris said.

This is especially applicable to college students since we’re all pretty broke, and it’s one of the reasons why ONE is taking this caravan on the road to campuses all across the country.

Along with taking stances to end global poverty, students could register to vote in the upcoming election. I witnessed many students, struggling to remember their dorm addresses, register to vote in Warren County. However, these young minds persevered and didn’t let a brief memory slip stop them as they pulled out their phones and did a quick Internet search. What a wonderful aide for democracy.

After talking to Harris and observing several students come up to the table, I knew in my heart it was time to enter the bounce house, Joe Biden or no Joe Biden. I signed a waiver, took off my shoes, and entered into the bounce house with my friend Monica.

After a few minutes, we decided our time had come to a close. As we exited, we talked to Mary Houchins, Charlie Harris’ grandmother and Guardian of the Bounce House (a title I made up, but I think it suits the position). She was proud of her grandson and proud of her role in the day’s festivities, which she said consisted of repeating this line over and over: “Take your shoes off and don’t lean on the walls.”

Overall, this was a very positive experience. Ending global poverty, registering to vote and bouncing in a replica of the White House all make for a very good day. Maybe next time Joe Biden will be here.