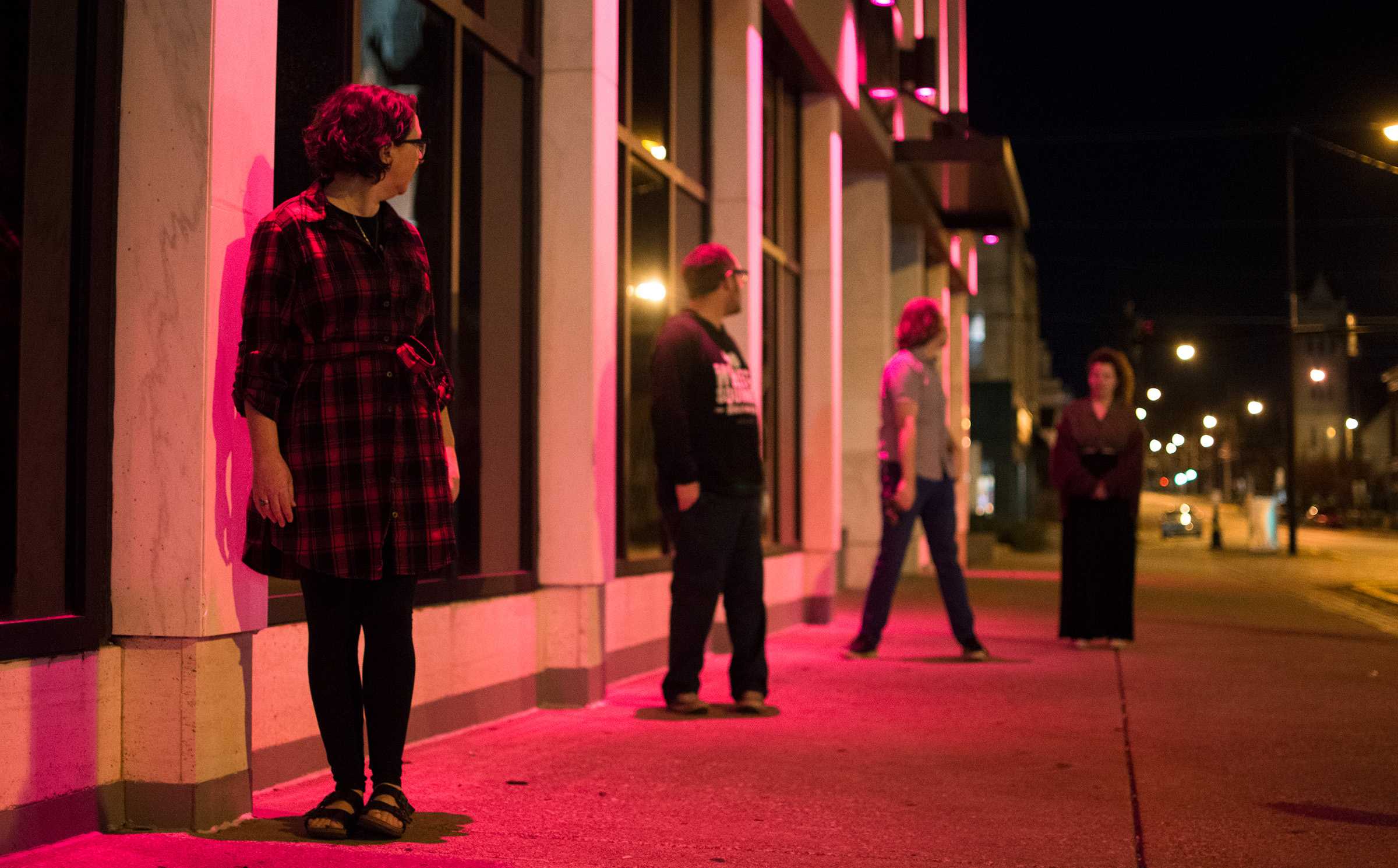 Former Friends of Young Americans, most commonly known by the acronym FFOYA, is a self-proclaimed Americana gothic band with a history as unique as its genre. 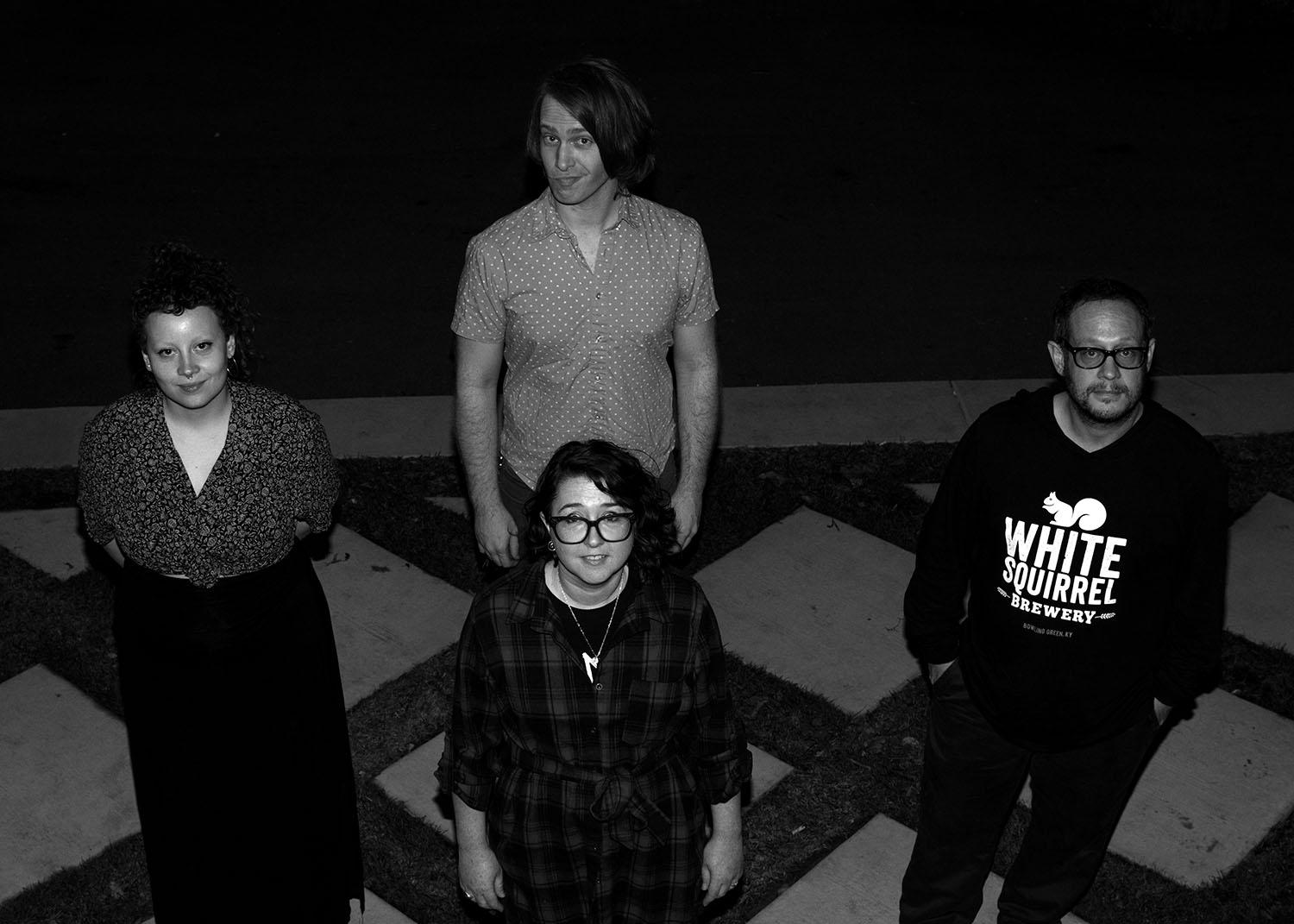 FFOYA will be performing tonight at The A-Frame. The show is expected to start at 9 p.m. followed by performances by CHEW, an Atlanta-based band fresh off a European tour, and Bowling Green’s The Pretty Okays, which Fatzinger and Falcon are members of as well.

“We jokingly call it Americana gothic, like the darker side of roots music, like Tom Waits or Leonard Cohen,” said singer, guitarist and pianist Toby Fatzinger.

Fatzinger was one of the band’s founding members in 2008. Organized in Phoenix with his friends, the band was originally known as “Former Young Americans” — a reference to the David Bowie song “Young Americans.” After his bandmates quit and aimed to seize the name, Fatzinger changed the name to its current status.

After touring with rotating members and releasing FFOYA’s first album, “estas diluculo,” in 2012, Fatzinger met Amanda Crawford. Crawford not only became the band’s newest member, playing the flute, organ and singing, but she and Fatzinger later married. They moved to Bowling Green in 2014 after she accepted a position as an assistant professor in the School of Journalism and Broadcasting at WKU. In the meantime, the duo launched FFOYA’s second LP, “Dives Like a Fool, Swims Like the Dead” in 2013.

The band expanded in 2017 with the addition of Chuck Falcon on bass and Ariana Michaela on backup vocals and drums. Fatzinger said this reinvention and evolution is something FFOYA thrives on.

“Each record, we try to make like it’s a new band, so it’s really only the same band in name,” Fatzinger said.

Even following the recent release of their third album, “Love & Vitriol” in November, FFOYA does not include many of the album’s songs on its setlist.

“By the time that record comes out, that band is almost done,” Fatzinger said.

“Sometimes Toby and I will just play as a duo, or he’ll play solo, so we’ll play more of the songs depending on who we have,” Crawford said. “The set’s just evolving.”

Part of this change is each band member’s personal influences. Fatzinger said the The Beatles’ “1967-1970” compilation record “changed things” for him. Crawford noted alternative and grunge music as high school favorites, but said her harmonies originated in church.  Both Falcon and Michaela referenced doo-whop and hip-hop, a style demonstrated on “Love & Vitriol.”

Fatzinger said they focus their shows on newer material.

“Playing at home or on stage — it’s all kind of practice,” he said.

Fatzinger said the band’s vibes as dark, jazzy and sexy. Falcon said they typically wear all black during a performance in reference to the genre and style of music, which the band’s website describes as post-folk and Americana gothic with punk-influenced roots. 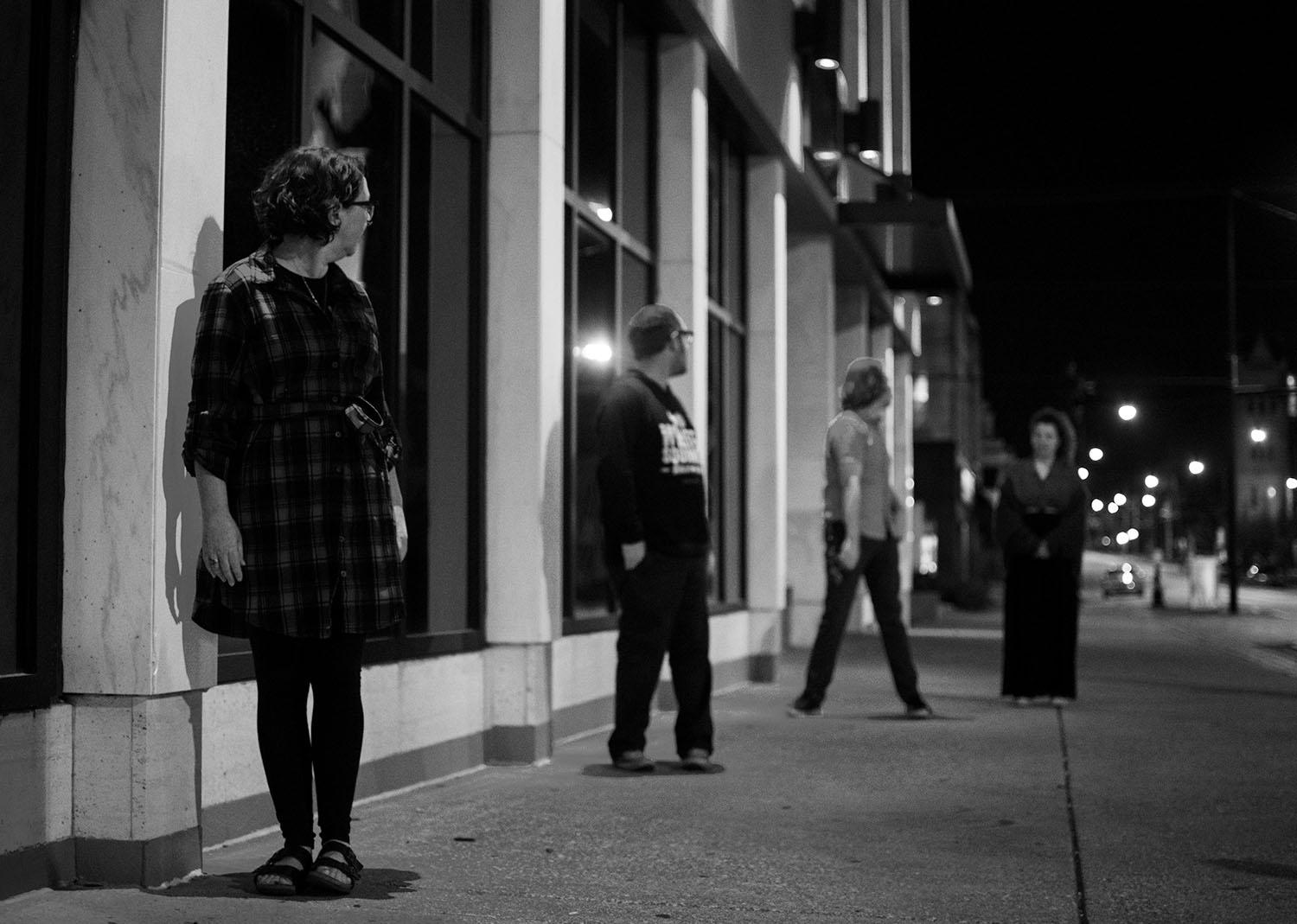 FFOYA contributes more to the community than simply music. They own the FFOYA House on Kentucky Street, which according to its website is “a non-profit community arts venue and professional-service recording studio.” FFOYA House offers opportunities for involvement in social and civic activism, and it acts as an outlet for artists in many different fields.

“We saw there was a need to connect artists and musicians with community causes, so that’s when we started partnering with other groups like Hope Harbor, BRASS and Kentuckians for the Commonwealth,” Crawford said.

On Apr. 26, the band is partnering with Hope Harbor, a sexual trauma recovery center, for Sexual Assault Awareness Month. They will play an all-ages show at the A-Frame following the Take Back the Night march.

FFOYA House also hosts all-ages shows. Fatzinger said that as someone who spent his teenage years attending shows in Phoenix, he realized the need for an all-age venue in Bowling Green. Even though he attended mostly punk shows, he said he doesn’t feel the music shaped him as much as the accessibility to the scene.

Though FFOYA’s travels have taken the band from the West Coast to Pittsburgh and even abroad to Canada, Europe, Australia and New Zealand, they said they like being able to travel to so many places near Kentucky.

“In Phoenix the next city over is five hours away,” Crawford said and added with a laugh, “Here you could do Lexington, Cincinnati, and it’s super short, so that’s a lot easier.”

“We appreciate an intimate show, where people are enjoying themselves and into the music,” Crawford said.

“As long as there are people who are into it, I feel more comfortable that way,” Michaela said. “Even if there’s just a few people who are like, ‘Oh yeah’ then I feel like I’m doing a great job.”

FFOYA will be performing some old material at tonight’s show, but will also “practice” new songs. Some could be heard on a future album, which Crawford expects could be released in 2018.

FFOYA’s music is available on iTunes and Spotify.  Their new album “Love & Vitriol” will be available at tonight’s show.