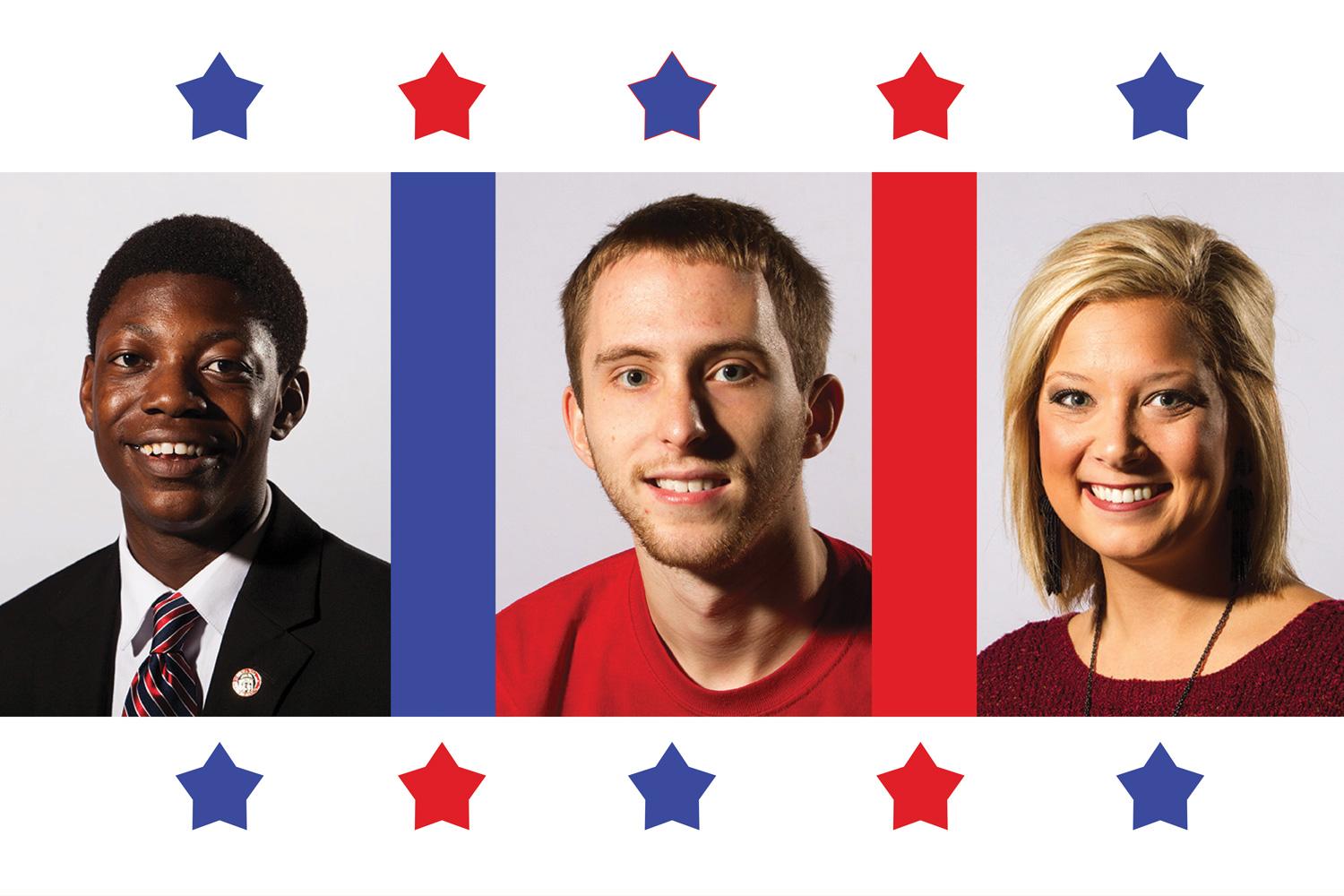 Despite the negativity and controversy surrounding the presidential election, college students around the nation decided to take a stand. WKU students were no different.

Across Bowling Green and on campus, people passed out bumper stickers, pamphlets and buttons, advocating for their respective candidates. Plastic signs, each with a candidate’s name or logo stamped on, decorated yards across the city. Students scrambled to find stickers to attach to their laptops that would show their support for everyone from Hillary Clinton to Gary Johnson to Bernie Sanders to Donald Trump.

Some students even devoted their free time volunteering for various campaigns. 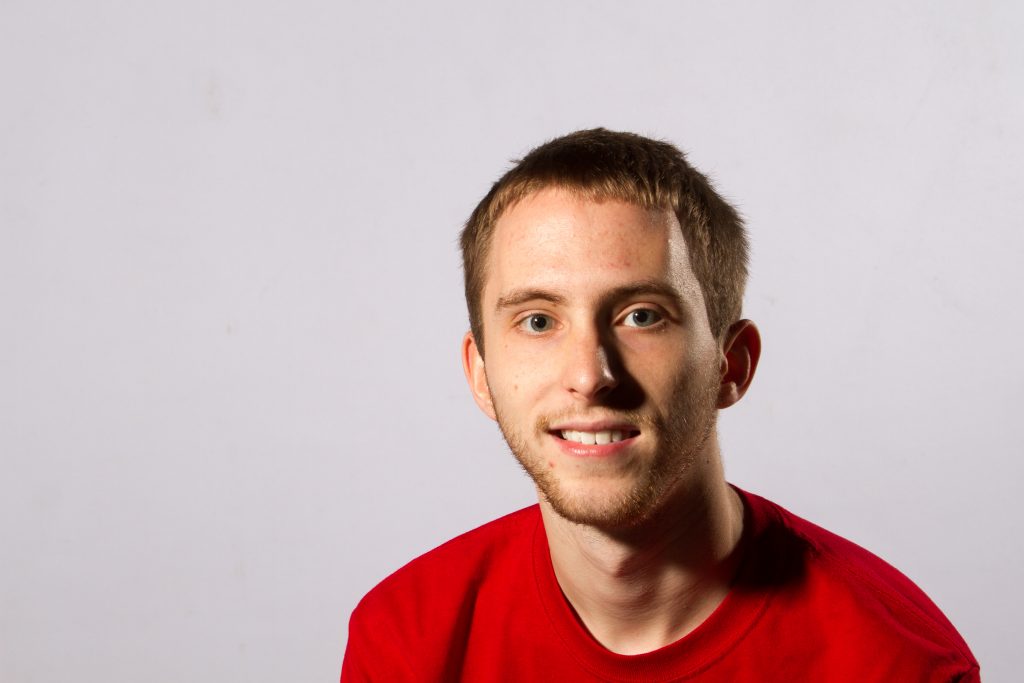 Owensboro senior Joshua Knight was one of these students.

Knight said he has always loved politics. It’s what led him to pursue a major in political science. To him, Bernie Sanders was the perfect candidate.

“None of the candidates were the type of politician that I wanted to be,” Knight said. “When Bernie showed interest in running for president a couple of years ago, I knew that he had to be my candidate. He was an honest and decent person, unlike most politicians that I had seen.”

Knight’s interest in Sanders led him to volunteer, starting in fall 2015, for the senator from Vermont as he made his bid for the presidency. During the spring 2016 semester, Knight took on another volunteer position in Sanders’ Bowling Green office on Russellville Road. His tasks ranged from passing out posters to working in the call center, which is also known as phonebanking.

Knight said he was prepared for a new type of presidential candidate. He even got to meet Sanders twice during his volunteer experiences.

“The second time that I met him, I was given a VIP wristband,” Knight said. “I was able to talk to Sanders in an intimate setting, and he seemed like a genuinely caring man.”

However, after Sanders’ loss to Clinton in the Democratic primary, Knight said he had to face a new reality: backing Hillary Clinton.

“We were obviously disappointed at Bernie’s loss,” Knight said. “I was in the mindset of voting third party just to avoid Hillary. But, Bernie backed Hillary, and I knew that shifting to third party wouldn’t achieve anything.”

Knight’s faith in Hillary as the Democratic presidential nominee even swayed him from voting for Bernie as a write-in candidate.

“I’m voting for Hillary because Trump is a threat to American government and democracy,” Knight said. “I will never vote for a candidate just because he is a Democrat. I vote for what is best for the country at the time.” 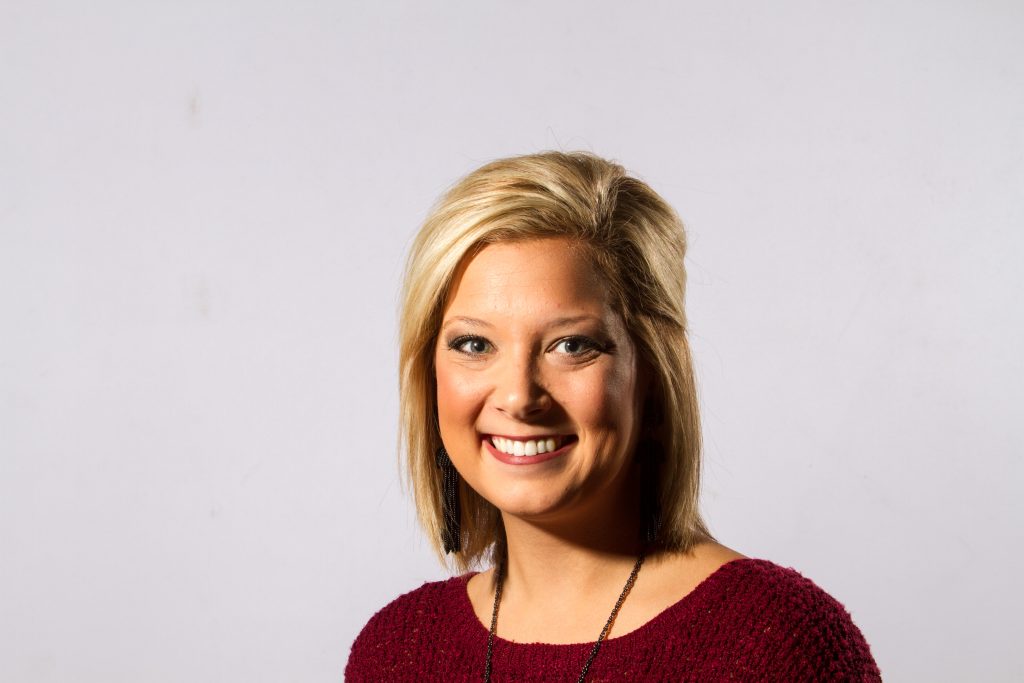 Almost immediately, the nation’s interests and attention shifted to the 2016 presidential frontrunners: Hillary Clinton and Donald Trump. Students like Atlanta senior Shelby Vaughn made their way to the Republican and Democratic national conventions.

Vaughn, a public relations major, applied for an internship through EventSphere: Event Housing and Management Services, the company that managed housing arrangements for 2016 Democratic National Convention. Vaughn was accepted, and she traveled to Philadelphia for the convention.

Ninety-five hotels in Philadelphia were included in the convention, and Vaughn was part of the team that helped the event run smoothly.

“Working there was wild,” she said. “I was primarily based at the Marriott and Sheraton hotels. Security was around every corner. It was our responsibility to make sure that pass keys worked and guests made it to the right rooms.”

During the week, she was able to meet many celebrities and famous political figures within the hotels.

“Bernie Sanders and Katy Perry stayed on my floor,” Vaughn said. “I had no idea that so many famous people supported Clinton, and it was really cool.”

Vaughn, a Trump supporter, said she experienced an entirely new side of politics at the convention.

“I basically had to take off my normal identity and hide it,” Vaughn said. “I didn’t tell anyone that I was a Trump supporter, and I was able to avoid debates. Though I don’t support the Democratic Party, I do appreciate differing opinions.”

Primarily, she said wanted to use this opportunity to test possible career paths. However, by the end of the DNC, Vaughn realized that working in the political sphere would not likely be her chosen career.

“I came to Philadelphia thinking that this was what I wanted to do with my life,” Vaughn said. “I thought that working in politics would be something so much more, but it was so stressful. I would love to work with the housing corporation again. Working for the Republican National Convention would be interesting. I would love to compare and contrast the experiences.”

Some students on campus did decide to fully invest within a certain party. 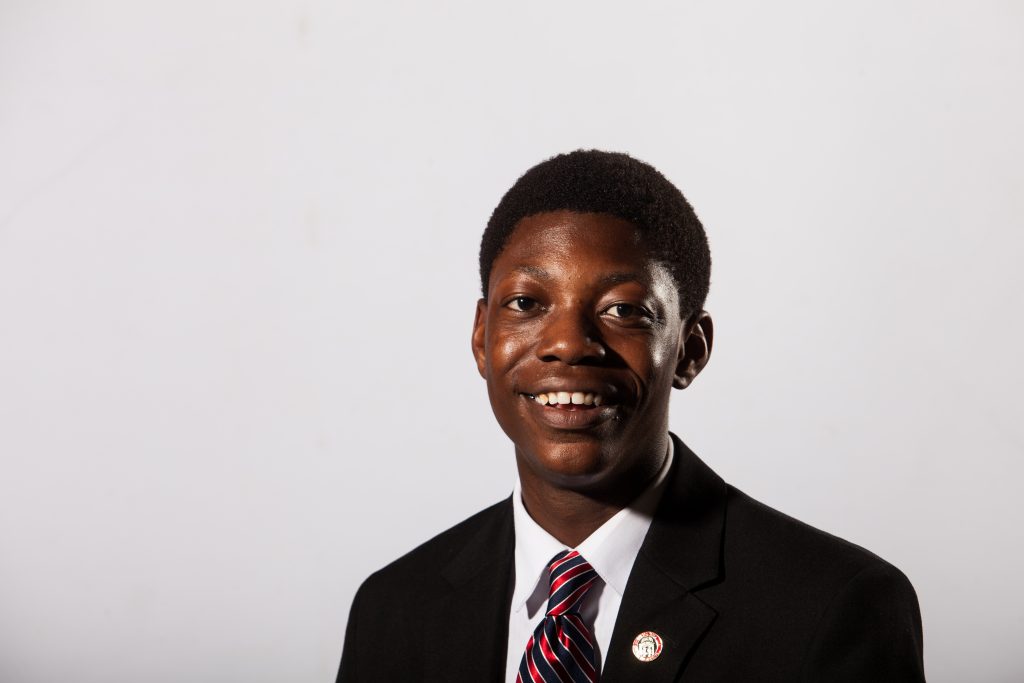 Clarksville, Tennessee junior Nate Washington is working for the Republican party. He spends many hours volunteering at the Republican Party of Warren County Headquarters and is the president of the WKU College Republicans.

“The biggest thing that I have learned from working on campaigns is that it’s a fast-paced environment with a lot of complex moving parts,” said Washington.

During the spring 2016 semester, Washington volunteered at several Marco Rubio town halls. Over the summer, he worked for Freedom Fest, a gathering of conservative figureheads in Las Vegas. U.S. Sen. Rand Paul, a Bowling Green native, was the keynote speaker.

Though Washington declined to comment on his feelings toward Republican nominee Donald Trump, he did not waver in his support of Republican causes. He said he realized which types of students would be successful on campaign trails.

“You have to be trustworthy, reliable and intelligent,” said Washington.

For some students, third-party candidates soon entered the picture as an option.

Louisville junior Katherine Manning couldn’t see herself siding with Clinton or Trump, so the economics and history double major began to back Gary Johnson in August.

“In essence, I can’t support either candidate,” Manning said. “Trump lacks temperament and intelligence. On the other hand, Clinton is a product of the American political system and has a terrible tax policy.”

Manning was unable to travel the campaign trail, but she did donate $50 to the campaign and agree to hand out bumper stickers in hopes that others would become supporters as well.

She said she was proud of her decision to support a third-party candidate.

“We don’t have a bad system,” Manning said. “We have a fractured system. My vote isn’t wasted if I support a third party candidate. The people need to mobilize to save our government from career politicians.”

Despite differing opinions, students were thoroughly involved in the 2016 campaign process. No matter the outcome, Hilltoppers proved that the Millennial generation could be politically active.