Fifteen minutes away from WKU is an 800-acre farm with horses, mini horses, a mini foal and a pony. The mud filled farm with stables occupying part of the land is home to the animals, along with WKU’s new equestrian club.

“The equine unit has been continuously growing, so we wanted to find a way for everyone with a love or interest in horses to be involved,” said Nicole Walters, a Bowling Green junior and agriculture major.

From its inception, the club has grown to include about 40 members that are passionate about interacting with the WKU University Farm’s horses. Included in the 40 members are President Holly Maupin, a senior agriculture major from Louisville, and Vice President Nicole Walters.

The farm’s equine unit has 22 horses, one pony, two mini horses and one mini foal. Maupin said several riding classes and hands-on labs are taught in the barn such as farrier science, equine dentists, horse-painting and dissections.

However, since WKU’s switch to online classes, a lot of farm activities have been cancelled, so the equestrian club has had to halt their activities. Aside from feeding and taking care of the horses, the club is practicing social distancing by staying away from the farm.

“All equestrian club meetings and activities have been halted until the fall semester,” Walters said. 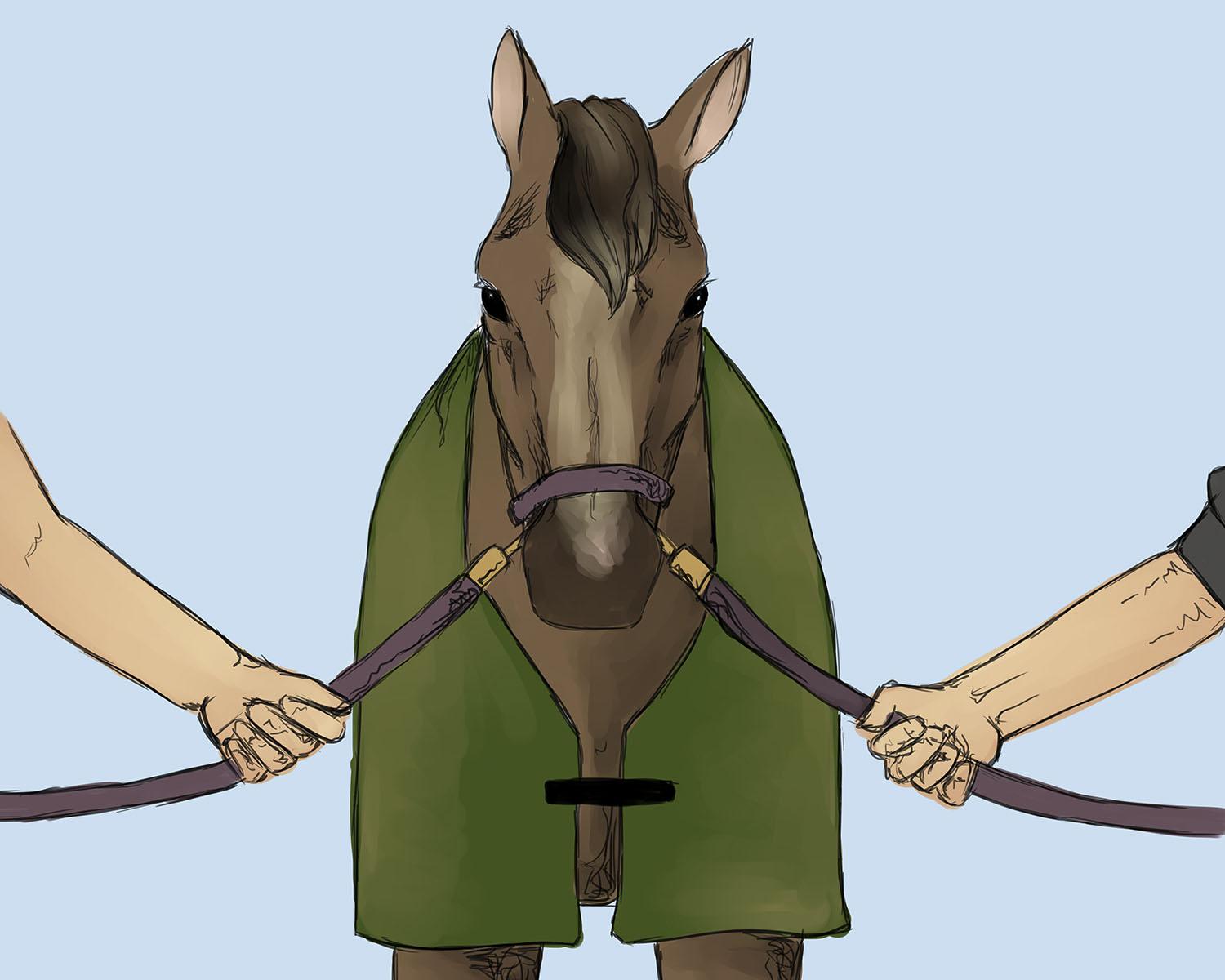 “There are also opportunities for students to work in the barn managing and feeding the horses, as well as being involved in undergraduate and graduate research projects,” Maupin said.

Built in 1943, the farm has served as a tool for all agriculture students to gain experience in their respective careers. Thus, the Equestrian Club emerged as a way for equine science concentrations to focus their research.

“The purpose of the club is to get students involved with horses on and off the WKU farm that would not otherwise have the opportunity,” Maupin said. “It is also a way for students to make friends with common interests.”

In the absence of the equestrian team, students with interest in equine science were left without an outlet to gain experience and enjoy their hobbies, so they reached out to Jennifer Gill, equine assistant professor.

“We have been without an equestrian team for some time now, but students enjoy taking care of and attending equine events in the state,” Gill said. “It seemed like a logical step forward to begin an official club for these student-run activities.”

The club began with active students in the program coming forward, discussing bylaws and selecting officers for the club. Gill assisted the students in achieving Registered Student Organizations, or RSO, status with WKU.

“I encouraged the students to form the official club,” Gill said. “I felt that the students could research interested students campus-wide that had a mutual interest in horses. There is a nice group of horse-enthusiasts that continue to come around and attend events.”

The club is responsible for planning and organizing events, fundraisers and volunteer opportunities for its members. As for activities, the club attends horse shows and it even plans to attend the 2020 Kentucky Derby. 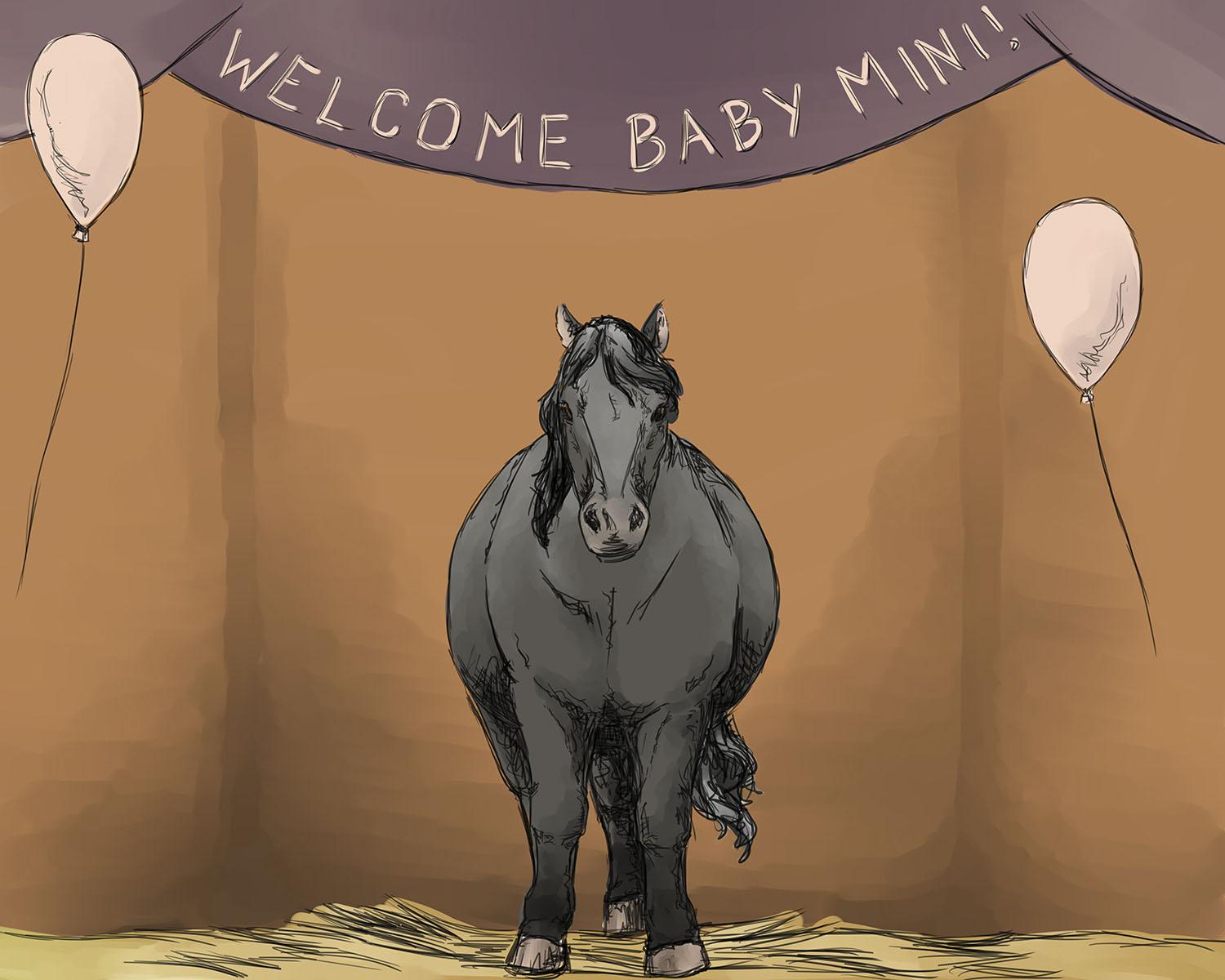 “The club is what you make of it,” Walters said. “Club members can learn from experiences or opportunities offered through the club, which will hopefully lead to teaching other horse enthusiasts about something new.”

Not only does the club provide a space for furthering their education — it also allows for members to find a community of students that share their passions.

“For those of us who have been at the WKU barn for a while, we have made a tight-knit barn family with each other and the horses,” Walters said. “We hope to expand our family with new club members in the following years.”

Even further, the club allows for friendships to grow between the horses and students.

“Horses offer a great social outlet, stress relief, bonding, responsibility and friendship,” Gill said. “Students come from a variety of different backgrounds with horses but can bond over a shared love for the animal. Horses have all different personalities, and there is usually one that clicks with each person.”

As the club continues to grow, the members plan to extend their outreach and plan more events for the club to attend. Now that the equine students have a club, Gill said they are able to get more out of their WKU experience.

“This club adds a lot to the student’s experience,” Gill said. “For the officers, it adds a sense of responsibility and leadership. For the members, it provides a social outlet and means of continuing shared equine experiences in the state.”