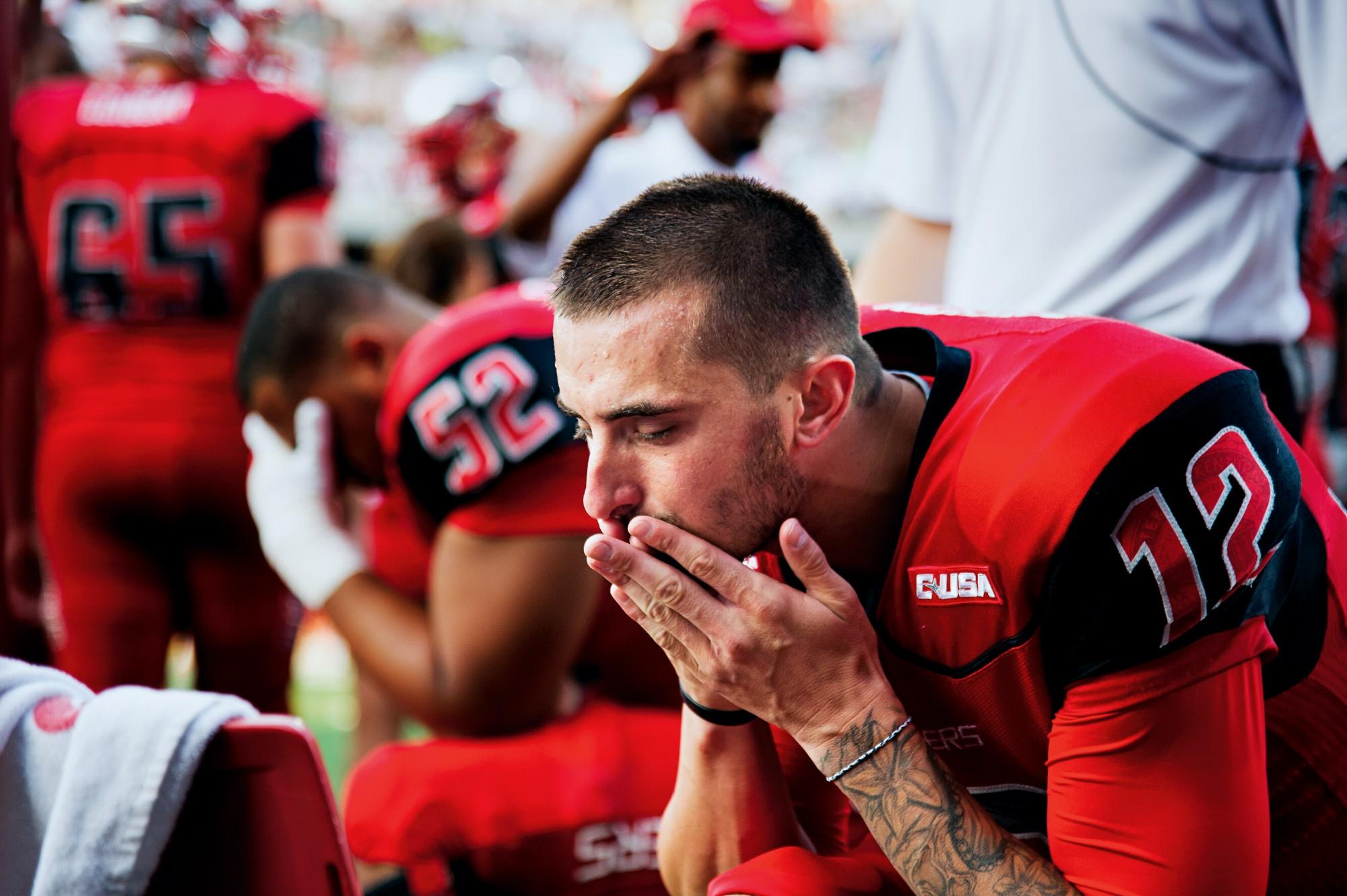 Doughty pauses before taking the field against the Bowling Green State Falcons at Smith Stadium. WKU would go on to win 59-31 with a record-breaking night by Doughty.

The spikes of 105 pairs of cleats scored the AstroTurf of Smith Stadium as the 2014 football team made its grand entrance into the arena.

It was the first game of the season. As the players warmed up on the field, there was a sense of confidence in the air.

No one was more expectant, however, than the new starting quarterback, Brandon Doughty.

Doughty, a Davie, Florida, senior, had spent five years waiting for this moment. He had struggled through injury and adversity, but this was his time to shine.

Within the first two weeks of the season, Doughty was named Conference USA Offensive Player of the Week twice. He would earn the title two more times by the end of the season. He made headlines in November with a game-changing touchdown pass to teammate Willie McNeal, a redshirt senior wide receiver, that gave the Hilltoppers an unexpected 67-66 victory over Marshall University. A month later, he led his team to victory in the Popeyes Bahamas Bowl. At the end of the season, C-USA named him the year’s
Most Valuable Player.

But this was all new. The preceding four years of his football career were less than successful, and both he and Hilltopper football fans frequently left the stadium frustrated.

Doughty was redshirted his freshman year and sat on the bench for an entire season. The next season, he was given the opportunity to start, but he tore his ACL in the third play of his second starting game. A year later, he watched the season unfold from the sideline while he continued to recover.

“That was probably the lowest time in my life,” Doughty said.

To continue reading this story and many more, purchase the 2015 Talisman.