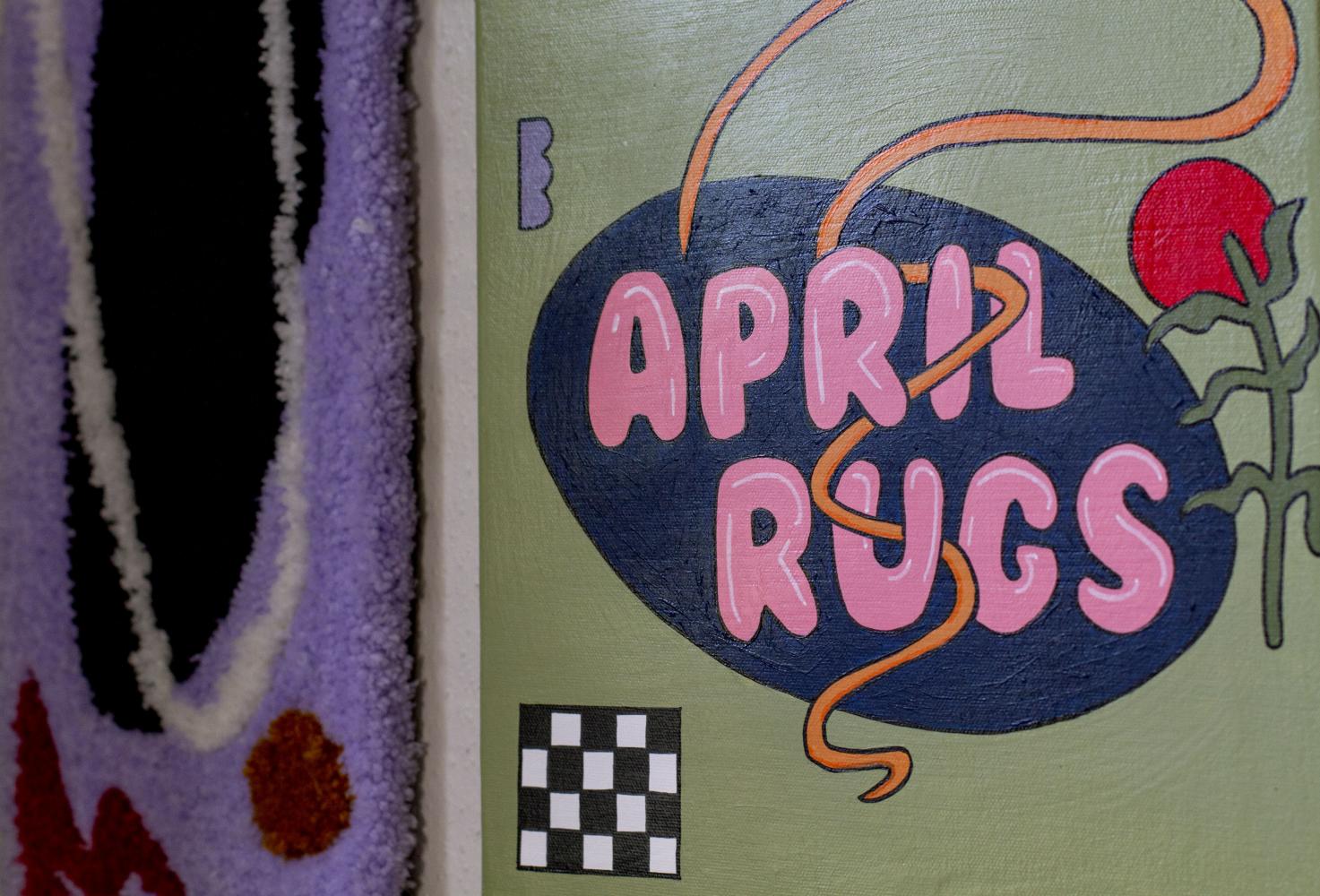 For five to six hours at a time, Lexington native April Rose English handcrafts the products that she supplies to Bowling Green locals. English’s most notable products are her rugs, which are personally made from beginning to end and features many unique designs.

“The first step is Procreat-ing, then once I have a design, I’ll project it onto my frame and you have to, like, stretch the cloth,” English the designer, owner and creator of April Rugs, said.

These are just the beginning steps of the lengthy process that the WKU graduate from Lexington takes to create her rugs for customers.

“Tufting is a type of textile weaving in which a thread is inserted on a primary base. It is an ancient technique for making warm garments, especially mittens. After the knitting is done, short U-shaped loops of extra yarn are introduced through the fabric from the outside so that their ends point inwards,” according to Educalingo.

English has been using these techniques to create rugs and many other products in order to support herself and her business since November 2020.

English is still relatively new to combining her creative process with running a business. However, she has become a well-known local creator in Bowling Green during this learning opportunity, she said.

English was first inspired and introduced to tufting rugs by the social media app TikTok.

April Rugs is the graduate’s main source of income, she said. English works out of her Bowling Green apartment and sells her products on her business website,as well as at local pop-ups.

English has been involved in many different pop-ups, located in Bowling Green, Nashville and Lexington.

“My sister and I went to a market event during the summer at the Foxhole in Smith’s Grove, and April was set up there, and we got some rugs,” said Tabitha Vamvas from Bowling Green, one of April Rugs’ customers.

English learned how to create and manage her business almost completely on her own. She finds meeting other local creators, and customers, in person at pop-ups and around town enjoyable, she said.

English explained that there is a tufting community where everyone who tufts can ask questions and bounce ideas off of each other. She said that it’s interesting to see other people’s work and learn from others, but sometimes the only way to learn how to do something is through trial and error.

The young creator has been making rugs, prints, wall decorations, coasters and other designs since viewing the TikTok video that sparked her interest in tufting.

English said she saw this TikTok approximately last July. English said that she was somewhat on the fence to start tufting, because it is expensive and was unsure if she’d like doing it or not, but she later bought the gun and all materials last fall.

Most of April Rugs’ customers are college students, those in their late 20s to early 30s and a variety of Instagram followers, English said. Each rug is handmade with either wool, for the larger floor rugs, or acrylic, for the smaller items.

“Starting out at first, I would just sell them on my Instagram stories, so that was probably not that many,” English said. “But once I got a website that kind of sped things up, and then, once you got more followers, it was like checking your phone like, ‘Oh, I just got an order again!’”

English’s best-selling items are smaller, more affordable items, such as the Eight Ball pieces and flower pieces, like Barbara.

One of English’s favorite rugs she’s ever made was a purple rug called the Lavender Dream Rug, which had flames in the design, she said. English often works closely with customers, at times even taking requests or custom orders.

“There was a little black jug rug and I really wanted it but it was sold out, I messaged her and she made me one with the next batch of rugs she made,” Vamvas said.

April Rugs will be present at an upcoming pop-up on WKU’s campus, on October 27th, The Market on the Avenue.