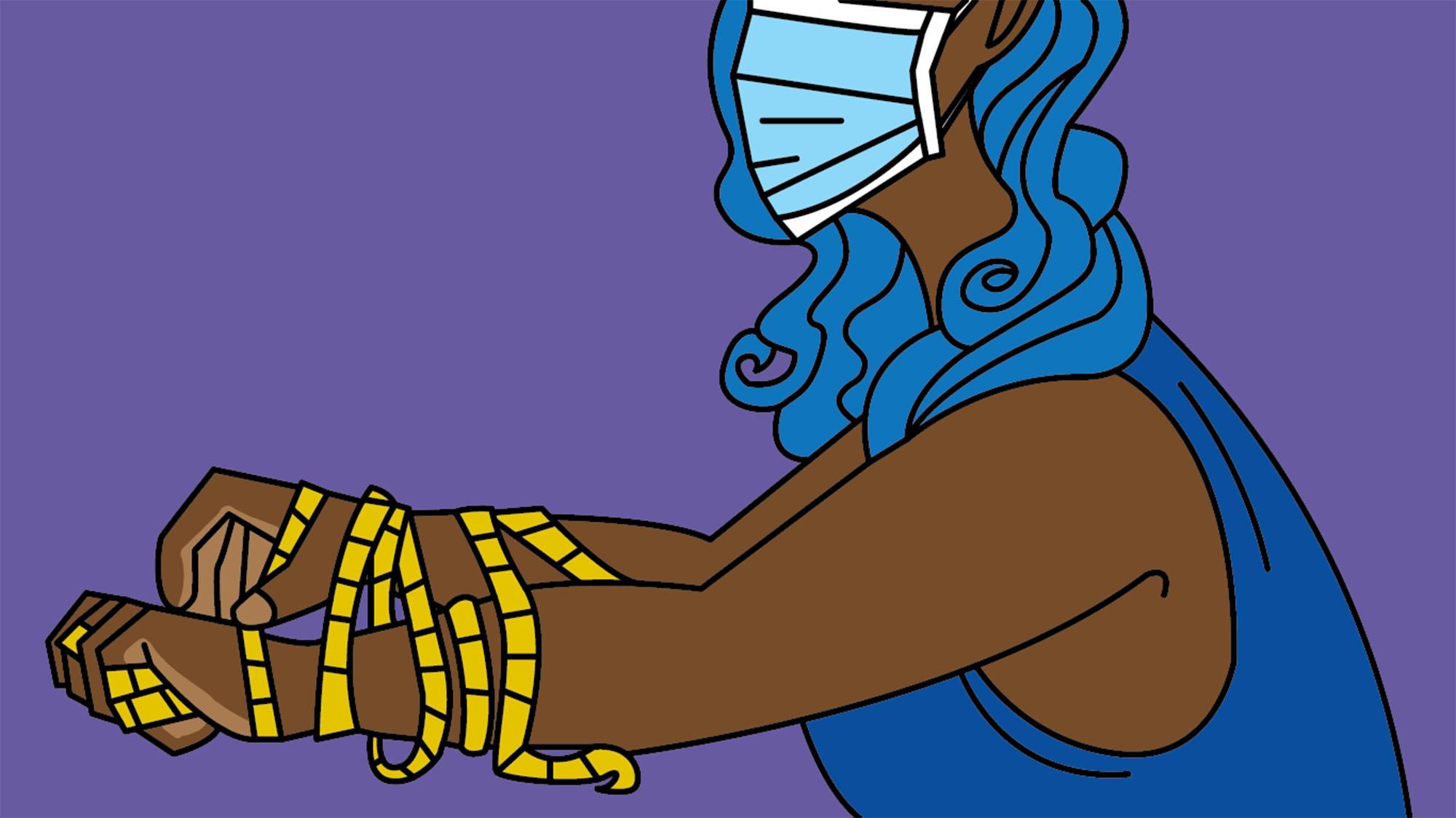 What happens when the thing that comforts you in a time of loneliness — oftentimes social media — begins to increase your feelings of isolation and self-loathing?

It’s a question those suffering with eating disorders have had to answer during the COVID-19 pandemic.

It’s no secret the coronavirus has taken a toll on the mental and physical health of people around the world. A poll conducted by the Kaiser Family Foundation in mid-July found that 53% of adults in the U.S. experienced negative impacts on their mental health due to COVID-19 (up from 32% in March) with 32% reporting “difficulty eating.”

The stepping stones to recovery, though hidden at times, were always present during WKU freshman Trinity Royer’s experience with anorexia. According to the Mayo Clinic, anorexia is an eating disorder characterized by “low body weight, an intense fear of gaining weight and a distorted perception of weight.”

People with anorexia usually “severely restrict the amount of food they eat,” according to the Mayo Clinic.

Royer, from Lebanon, Tennessee, has struggled with anorexia for around seven years of her life. Growing up in a “negative” household where family dinners at the table rarely occurred, it was easy for Royer to hide her anorexia from her parents. At a certain point, it became routine that she ate just enough at dinner to escape her mother’s questions about her disordered habits.

Invitations to grab breakfast in the school cafeteria and questions like, “Are you OK?” from friends at lunchtime were enough to make her snack on something small to ease their worries.

Lunch would be her only meal of the day.

By age 16, it was clear that things had gone too far. Her mom insisted she attend therapy for her anorexia, evading the truth that her constant comments on her daughter’s weight contributed to Royer’s urge to starve herself to begin with, Royer explained. 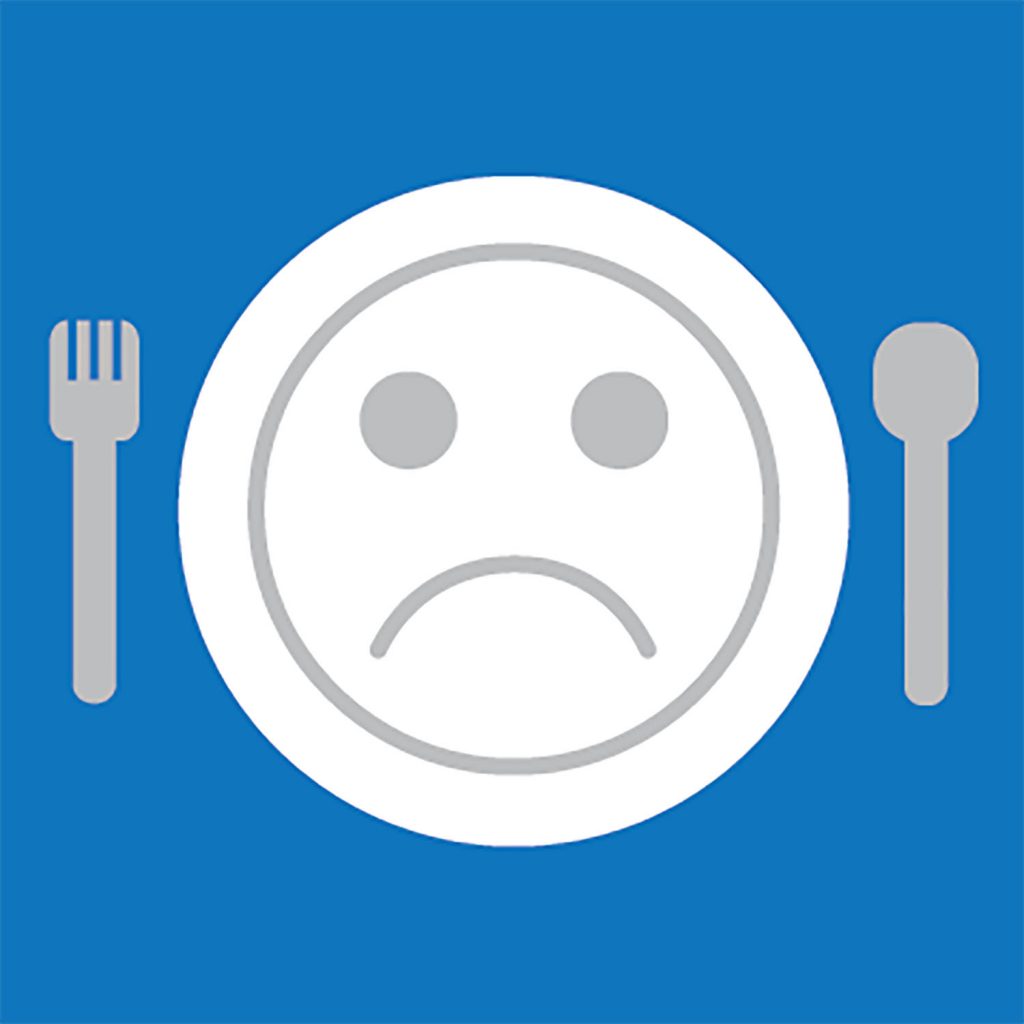 By age 16, Royer’s mom “forced” her to be admitted to a mental hospital, with her first stay lasting two months and her second stay lasting two weeks. Her road to recovery was seemingly concrete: she was eating more frequent meals and found a sense of determination within herself to work on recovering from depression and anorexia. This was before COVID-19 overtook her life.

With a nationwide quarantine arriving mid-March, Royer’s life and progress quickly derailed. No longer surrounded by friends at lunch who could ensure she was eating, Royer succumbed to her old habits and gave in to her intrusive thoughts regarding her body. It was clear to her that she was no longer recovering. She was simply hiding her disorder.

Royer’s time spent at home did little to help her move forward from the pain of having an eating disorder. Her mom’s questions about how much Royer ate, when she ate, and what she ate worsened the triggers of her anorexia. “It brought back that fear of eating,” she said of her mom’s questions and comments.

“I ended up gaining 20-40 pounds in quarantine because of COVID, and (my mom) bullying me,” she said. “Stress eating kind of turned into a binge-eating thing.”

What seemed at first a means to find solace in the wave of alienation due to the pandemic, scrolling through social media like Instagram, Snapchat and TikTok turned out to be an instigator of eating disorder regression.

Royer believes the additional time she spent scrolling through social media negatively affected her progress. School closed; her friends stopped talking to her completely, and she was left alone to fight her eating disorder, the only thing that gave her a sense of control in her struggle to lose weight.

With social media, students not only found themselves immersed in a world full of potential social connections, but they also found themselves on platforms that fueled their desire to fit the mold of society’s perfect image of what someone their age should look like.

“Extra exposure to media messages during quarantine could certainly affect some people.” said Betsy Pierce, the outreach coordinator for WKU’s Counseling Center. “Media messages are not enough by themselves to instigate an eating disorder.”

Pierce reiterates that “a perfect storm of various factors would also be present” for someone to develop an eating disorder.

This was the case for WKU freshman Aly Boles from Walton. Bulimia first began to take control of her life when she was 10. Media outlets such as magazines and TV were her first triggers.

“I didn’t really look like any of the girls in the television shows I watched,” she said.

According to the Mayo Clinic, bulimia is an eating disorder where those who have it “may secretly binge — eating large amounts of food with a loss of control over the eating — and then purge, trying to get rid of the extra calories in an unhealthy way.” Purging may be in the form of self-induced vomiting, misuse of laxatives, use of weight-loss supplements. 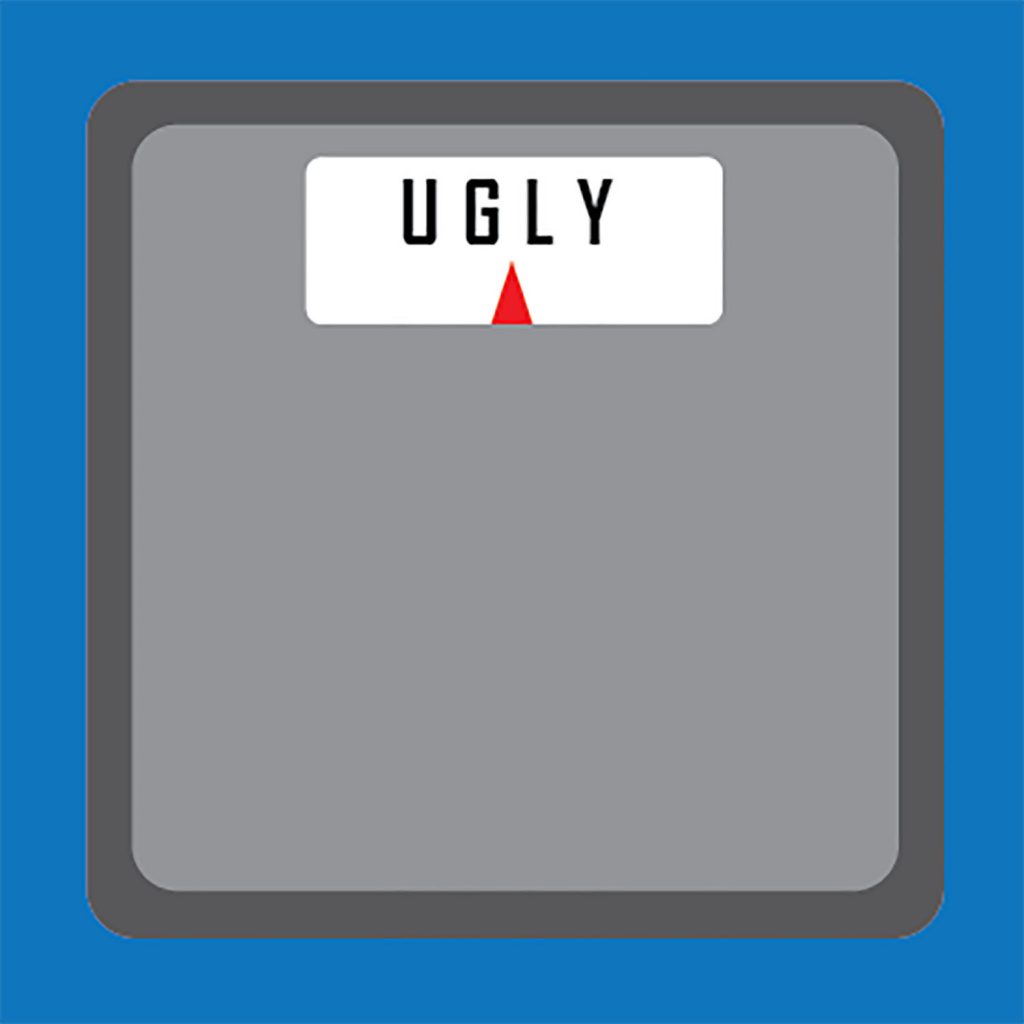 Eventually, counting calories and eating from the smallest sized plate was no longer enough for Boles. She binge ate or ate nothing at all, and when the numbers on the scale were higher than she’d hoped, Boles would make her way to the bathroom and curl up beside the toilet. So began the cycle of bingeing and purging.

Despite the years she’d spent suffering, there was a sense of hope that she would get better, but Boles said that hope was lost as soon as COVID-19 began.

“I was doing really well,” she said. “It was my senior year, and I felt really happy with myself. Then COVID hit, and I just felt bad about myself.”

When not at home, Boles is surrounded by food at her restaurant job. The smell of the grease, as well as her depression, is something that contributes to her purging.

“Shame often accompanies bingeing and purging, and pride may be present when the restricting person tells themselves they are stronger than others because others eat and they abstain,” she said.

“Ideally, seeking help involves a team of professionals: a doctor to monitor physical health, a registered dietician to advise on healthy eating, and a therapist to work with the underlying causes,” Pierce said.

With 57% of the U.S. population jobless due to COVID-19’s effect on labor markets according to an ongoing report from the U.S. Bureau of Labor Statistics, enrollment in a treatment center for eating disorder recovery may not be affordable for many students.

In the case of those struggling with an eating disorder in the presence of a pandemic, Pierce recommends students try to use stress reduction activities and focus on what is “truly important in life.”

Life on a college campus may be stressful at times. For freshmen like Royer and Boles, navigating college responsibilities in the unprecedented presence of a pandemic, the pressures are increased. The effects of social media on students’ mental health, or societal pressures to look a certain way are evident in how students on campus seek counseling and the ways college aged women spend hours of their time dolling up for a night of fun.

One fear among medical workers was that people suffering with eating disorders would regress in the quarantine period. 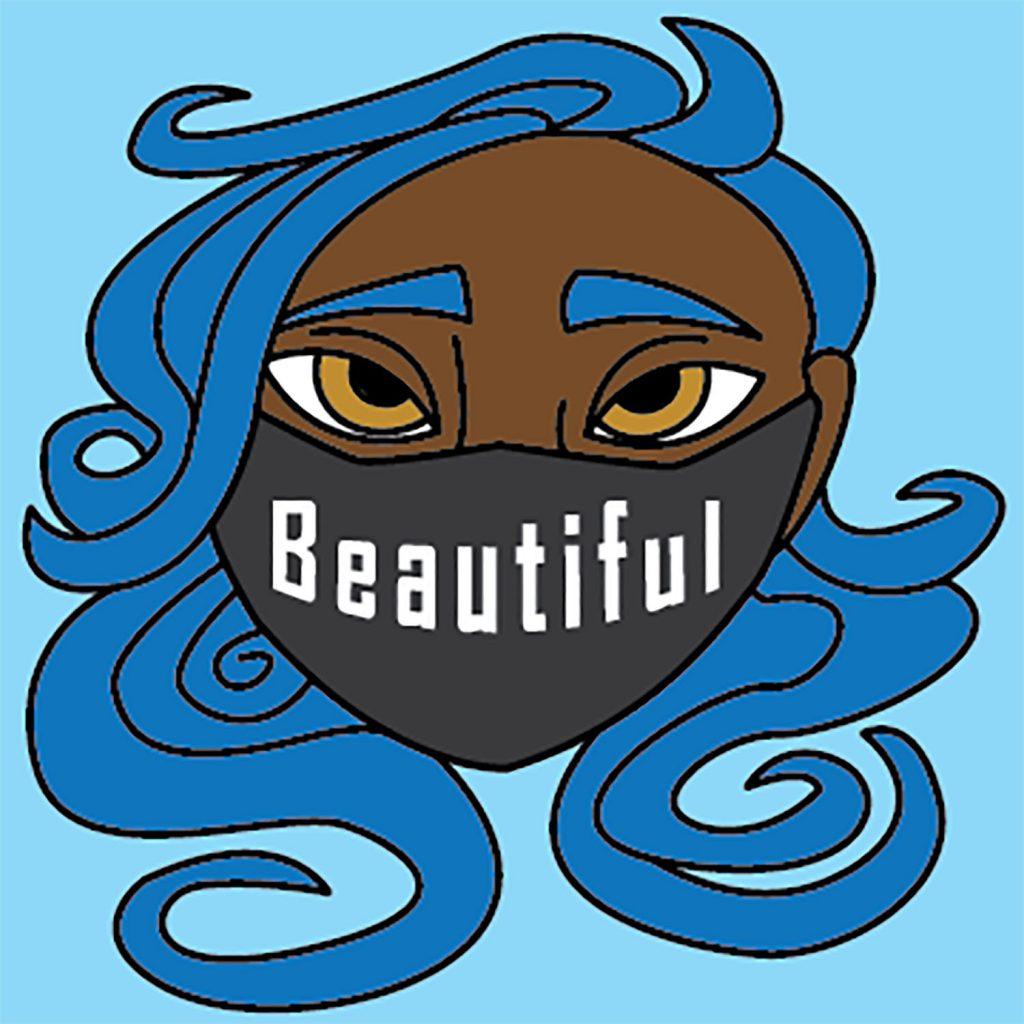 A group of researchers in the U.S. and the Netherlands conducted a survey on individuals and found that 79% of respondents from the U.S. were concerned about their eating disorder worsening during the coronavirus due to a lack of structure. Over one-third of participants in both countries reported “worsening of dietary restriction and compensatory behaviors.”

Partnership for a Healthier America recommends creating a schedule that allows for rest and relaxation in between days filled with classes, work and extracurricular activities as ways to cope with academic stress. Exercise, a well-rounded diet consisting of varied fruits, vegetables, and protein, and a healthy sleep schedule are also advised.

The HelpGuide lists meal planning and exercising as healthy ways to lose unwanted pounds, but when helping someone suffering from an eating disorder, it’s not as simple as telling them to just exercise and eat healthy instead of bingeing and purging or refraining from eating altogether.

For Royer, one of her greatest struggles on campus is finding balance between eating healthily and eating at all. She cites limited food options as an additional trigger she’s developed since living on campus and said school starting made it easier to skip meals.

“It was easier to slip back into old habits,” Royer said.

Boles is attending all online classes this semester and will take a gap in between her studies next spring. Her hope is that the time she spends away from school will allow her to recuperate mentally and get help for her depression. In the future, she hopes eating disorders will no longer be as common within society.

“Nowadays eating disorders are normalized because of society’s standards for bodies,” she said.

When asked what lasting effects she thinks the pandemic will have on her eating disorder progress, Boles was speechless.

“I don’t like to think that far ahead with the whole COVID situation because at this point, it’s kind of hard to see how long it will last,” she said.

Royer also acknowledged the effects of the uncertainty living during a pandemic has on her eating disorder progress. She said if all the restrictions continue, it might start weighing down on her.

“I might start skipping again,” she said. “I’m trying not to.”

The transition from quarantine to college life did not lessen the feelings of isolation that Royer encountered this past spring when COVID-19 began. While the environment change had neither a positive nor a negative impact on her anorexia, Royer said being on campus is making her more depressed.

Stepping stones are just that when it comes to recovering from an eating disorder. Some may take longer to uncover, some steps are larger or smaller than others, and some may be a step backward, but they lead to progress at the end of the journey.

Royer is hopeful that the stepping stones she’s walked across for the past eight years of her life will lead to eventual freedom from her eating disorder.

While anorexia and bulimia are two of the most common eating disorders among young women, it is important to note that other disorders such as binge eating, pica, rumination and avoidant/restrictive food intake also exist.

“Recovery from an eating disorder can take months, even years,” according to the National Eating Disorders Association. “Slips, backslides and relapse tend to be the rule, rather than the exception.”

In the cases of Royer and Boles, both have experienced relapses in their recovery from anorexia and bulimia, respectively. Despite this, Boles expressed optimism about her future and recovery.

“It will be a big step up,” she said in regard to her excitement about moving in with her boyfriend and best friend next summer.

“Hopefully I will progress (in my recovery) even more than before COVID-19 started, surrounded by people who care about me,” Boles said.