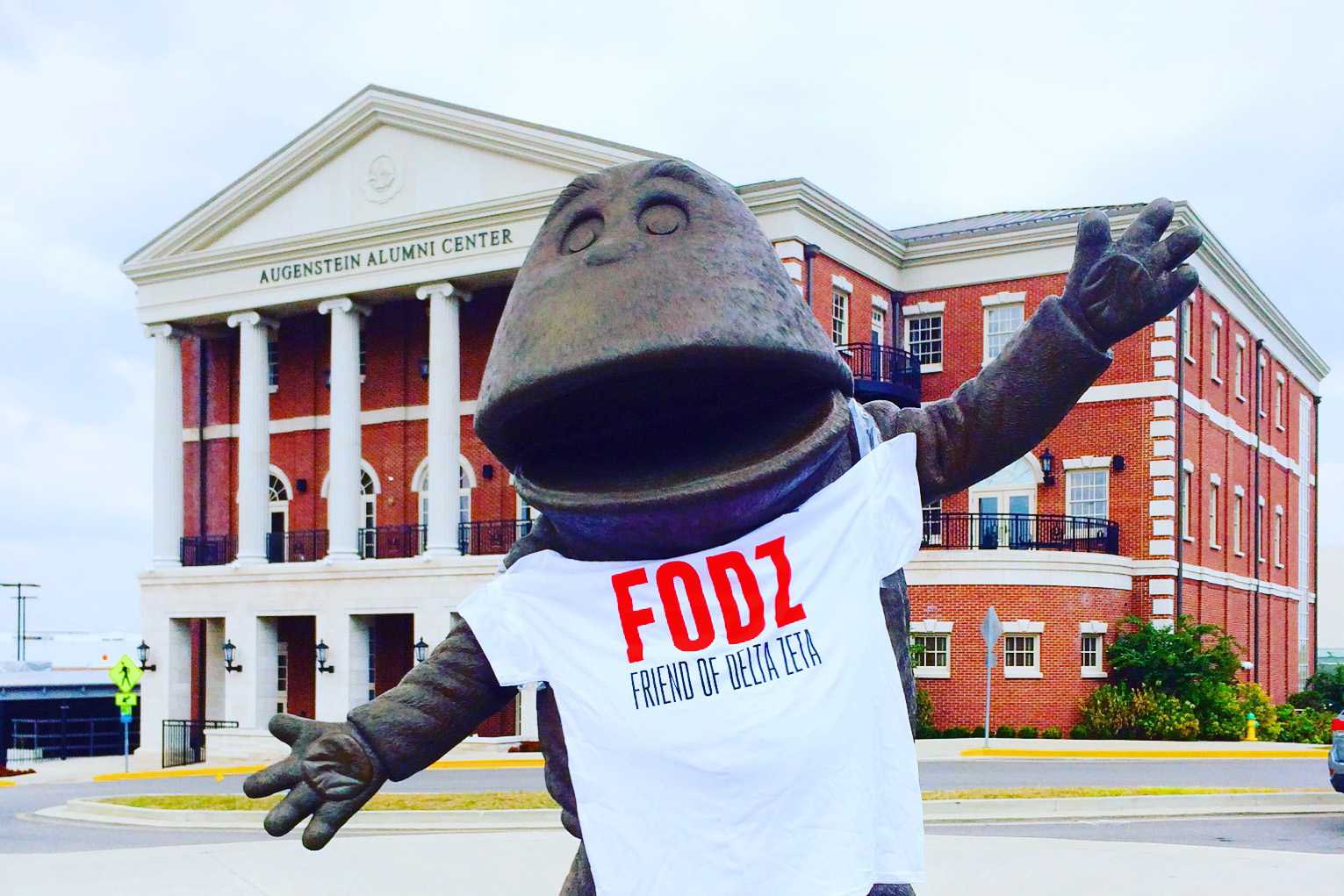 Delta Zeta: Turning the Page on a New Chapter

I walked across the hall to DSU 2059 expecting a boring conference room filled with white tables, blank walls and a suffocating air of sterilized boredom.

But when I reached the open door, I discovered a Delta Zeta makeover.

Tulle streamers of rose and green covered the once white tables and chairs. Pictures of Pink Killarney roses hung from every available space. The furniture was rearranged, breaking the monotony of the traditional conference room. Energized by the decor, I took my seat between Kathryn Malone and Brette Powell, the Delta Zeta representatives.

Malone and Powell, graduates of the University of South Carolina and Appalachian State University respectively, are now in charge of starting new chapters of the 113 year-old sorority at other universities, and WKU is on their list.

“We want this chapter to be as competitive and comparable to all the other established organizations on campus and to know those campus norms,” Powell said.

The organization’s motto is “Do more. Care more. Be more.” They’re working with the Starkey Hearing Foundation to raise money for their cause: providing men, women and children across the world with hearing aids.

The new members will soon go through training which teaches the ins and outs of Greek life.

Louisville sophomore Erin Waggoner attended one of the informational meetings and is considering joining the chapter. She said that becoming a founding member could be a great way to get involved on campus.

“I think being a part of DZ specifically will help enhance my leadership skills,” Waggoner said. “The founding members will have to take on a large responsibility and it will help instill a sense of leadership in everyone.”

The chapter plans to participate in the same big events as the other Greek organizations such as Homecoming, tug, and Spring Sing. They’re hoping to assimilate into WKU Greek culture as quickly as possible.

Panhellenic Council Secretary Amy Teta is excited to watch the new chapter grow and mesh with the others on campus.

“We currently have eight established sororities that are very well respected and contribute in some aspect to our Greek community,” Teta said. “We want Delta Zeta to succeed and become a part of the Hill at WKU.”

Malone and Powell are extremely determined to see DZ succeed. They are excited to meet with prospective members and form a whole new chapter. They believe that WKU DZ will have the talent, intelligence, and passion for sisterhood to add a refreshing element to Greek life on campus.