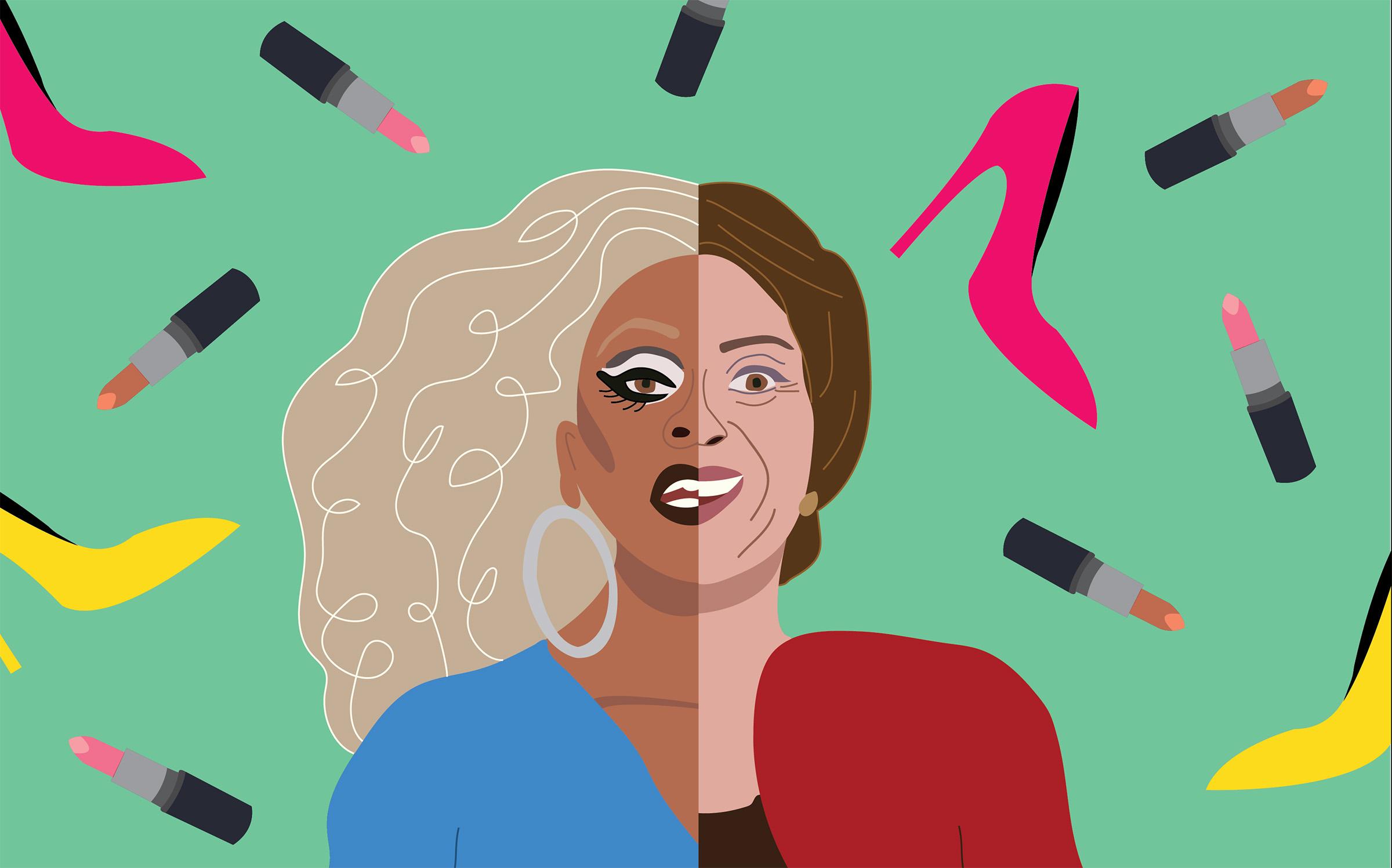 Nancy Pelosi is on “Drag Race.” How did we get here?

In this opinion piece, Talisman writer Dillon McCormick reflects on House Minority Leader Nancy Pelosi’s appearance as a guest judge on “RuPaul’s Drag Race: All Stars,” the intersection of politics and queer culture and what it all means for the LGBT community.

If you’re looking for a sentence that would most shock a time-traveler from 2009, this one is probably your best bet: House Minority Leader Nancy Pelosi is slated to be a guest judge on this season of “RuPaul’s Drag Race: All Stars.”

Pelosi’s appearance on the reality competition, wherein some of the most popular drag queens from the main series compete for a second shot at the title of “America’s Next Drag Superstar,” is emblematic of the breakneck speed at which queer culture has become — to a certain extent — mainstream. It also reflects how the Democratic Party has shifted its target electoral base and raises some difficult questions about how electoral politics demands a level of pragmatic pandering that can feel ungenuine, opportunistic and exploitative.

If the intersection of the political establishment and modern queer culture was inevitable, it’s no surprise that “RuPaul’s Drag Race” is the venue in which it occurred. Since its premiere in 2009, “Drag Race” has served as a kind of ambassadorial program from underground queer entertainment to the broader culture. Men dressing up as women has been played for laughs to mainstream audiences for centuries, but with the advent of this silly show on a third-tier cable channel, drag queens were suddenly more than just clowns.

Alumni of the show have gone on to excel in venues beyond those that are typically associated with drag: Violet Chachki walked the runway for Moschino this winter in Milan; Bianca Del Rio has sold out large theaters for her comedy show; Trixie Mattel and Katya Zamolodchikova have their own comedy series on Viceland. By evangelizing drag to anyone with a cable subscription, what was once something reserved for dimly-lit gay bars now has cultural capital like never before.

With this popularization of something so explicitly queer, it’s easy to forget that LGBT rights in this country have only recently improved to match that of the rest of the developed world — and still have a long way to go. It was illegal in 13 states for two men to have sex until a 2003 Supreme Court case declared anti-sodomy laws unconstitutional. Until 2013, the federal government refused to recognize same-sex marriages. And marriage equality didn’t exist nationally until 2015. Today, you can still be fired from your job because of your sexual orientation or gender identity in 28 states, including Kentucky. And queer people are still consistently murdered, raped and assaulted at a higher rate than their cisgender, heterosexual peers.

This disconnect makes it all the more strange (if not surprising) that the nation’s foremost Democratic politician is making an appearance on “Drag Race.” Yes, the Democratic Party is the more queer-affirming of the two political parties, but this has historically been less because of the Democrats’ explicit endorsement of queer rights than the Republicans’ active antagonism of marriage equality and employee non-discrimination. Barack Obama did not endorse marriage equality until 2012. Hillary Clinton didn’t until 2013. The mayor of New York City during the Stonewall riots was a Democrat. Bill Clinton signed both Don’t Ask Don’t Tell and the Defense of Marriage Act into law.

On the other hand, Democrats are no strangers to courting public opinion by participating in pop culture. Bill Clinton played saxophone on the Arsenio Hall show in 1992. Obama and Clinton both appeared on Zach Galifianakis’ web show “Between Two Ferns” in the midst of their presidential campaigns. And it would be impossible to forget Hilary’s iconic “just chillin’ in Cedar Rapids” Snapchat video.

Moreover, the push for marriage equality proved that the queer community can be a powerful electoral force and achieve major political victories as a result of their activism. And so, given the meteoric rise of drag culture in America, it makes plenty of political sense for Democrats to reach out to queer people on what is perhaps their most popular platform.

The question remains, however, about what this means for those of us at the heart of queer culture. Is it right for us to welcome those who wish to share our spaces with us without question? What is lost when a culture that has for so long thrived on the fringes of society is suddenly moved to the center, to the extent that national politicians are appearing on a show dedicated to some of the most exaggerated examples of queerness? There are no easy answers, but as our culture and politics move in tandem with one another, strange occurrences like this will only become more common, and it is important to examine them.

Also I swear to God if Nancy Pelosi sends Aja home, I will march up to her office and scream.