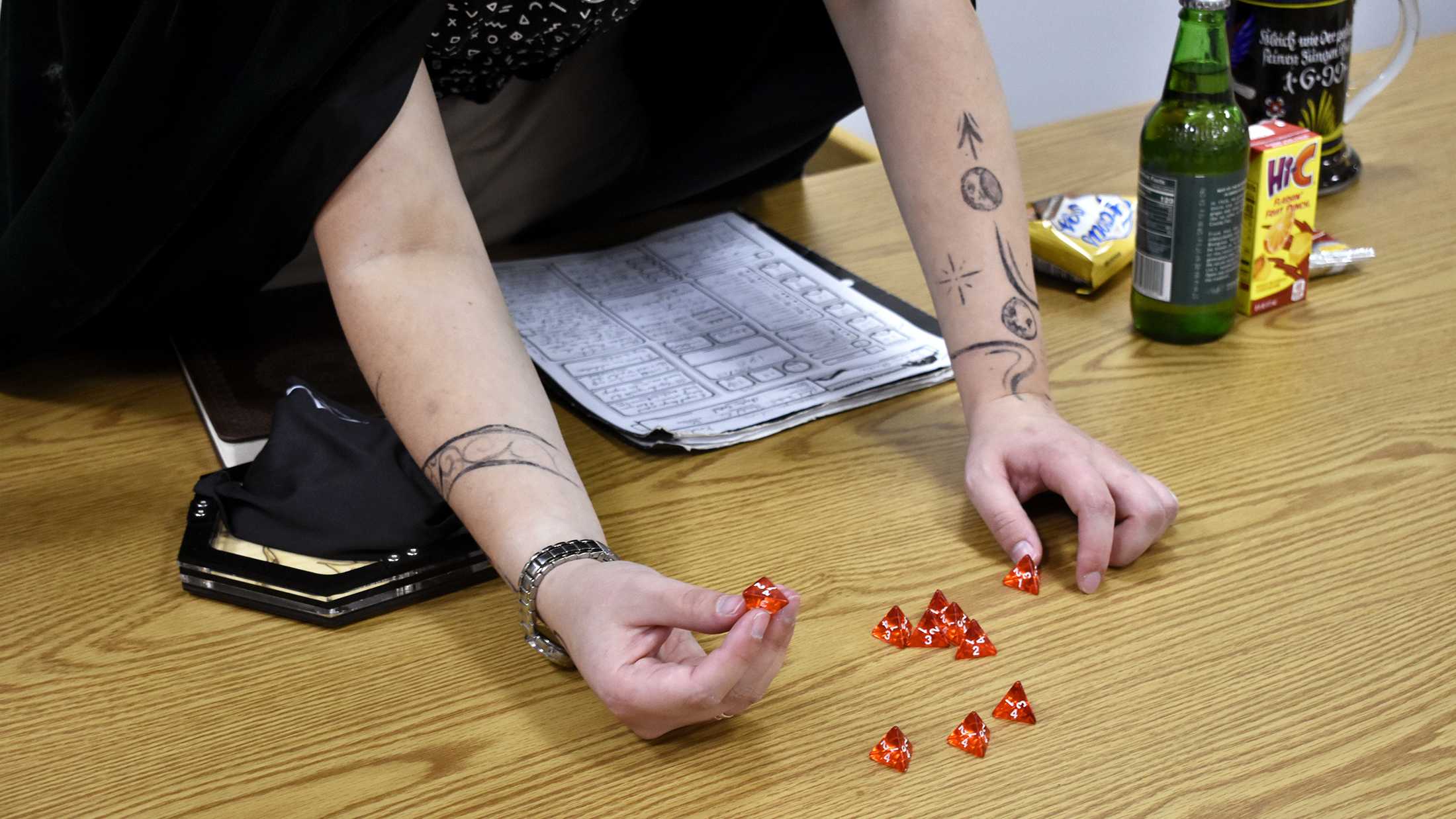 You may have heard of Dungeons & Dragons, or D&D, thanks to its reemergence in pop culture. From podcasts like Critical Roll and Adventure Zone to TV series like Stranger Things, D&D has made a comeback. The tabletop role-playing game first came about in 1974 and has continued to be an enjoyable pastime with adults and teens everywhere.

WKU has its own pockets of D&D players. One party, or a group of people who play together, has been playing since the end of September, when they started a campaign (a storyline within the game that keeps certain details and characters constant) together called “Tyranny of Dragons.”

The group itself is a mixed bag of D&D experience, with some of the players having played for three years while others have only been playing for seven months. Even though playing experience for this group varies, several members had been introduced to the game before ever playing it themselves.

Corbin sophomore Caleb Middleton said he was introduced to the game by his dad when he was a kid.

”We never actually played a campaign, he was just like ‘OK, we’re going to mess around with this stuff,’” Middleton said. “He always went to play with his friends, so I never really actually played it until this year because I never had anyone to play with.”

Brigid Stakelum, a senior from Louisville, started playing D&D in college and found out that her dad was also familiar with the game.

“I didn’t know this my entire life,” Stakelum said. “Then it comes out that my dad was a super nerd.”

Blu Stamer, a senior from Louisville, had a similar experience with their dad, but their aunt had also played.

“My grandma called me a couple months ago and asked what D&D is, and I had to tell her and she goes ‘Oh that’s really evil; your aunt used to play, and it’s really evil,’” Stamer said. “I think it’s just the whole thing of people are scared of what they don’t know.”

This group views the resurgence of D&D as what Dungeon Master Wren Parson, a junior social studies major from Louisville, refers to as a “nerd renaissance.”

“It’s not stigmatized or weird to be nerdy anymore,” Parson said.

Stakelum was similarly impressed with the resurgence of D&D and similar role-playing games in pop culture.

“I think we’re seeing a resurgence in how tabletop RPGs (role-playing games) can influence other media,” she said.

Stakelum said the game can be beneficial to marginalized groups with limited representation.

“D&D allows for a lot of marginalized people who don’t usually get representation in the media to give themselves representation,” she said. “When you have Critical Role or the Adventure Zone, or other D&D podcasts, you have queer characters and characters of color and disabled characters. That’s important for the media. And if D&D is the avenue through which we get more media representation, I think that’s really good.”

Avery Hardy, a senior from Mount Washington, expressed her appreciation for the perception a player can create for themselves and the creativity that’s involved in the process.

Middleton said the generation raised on social media is keen on recognizing individuality, taking away a lot of the stigma surrounding niche interests.

“Obviously we still have a long way to go as a whole, but that doesn’t mean we shouldn’t look at how far we’ve come,” Middleton said.

Stakelum said as different types of people are more accepted in society, D&D will continue to be destigmatized. She said a lot of people think it’s a white man’s game.

“But that’s never been the case,” Stakelum said. “There have always been women; there have always been different types of people who play D&D. I think that’s really prevalent in the amount of representation in D&D. If you go on social media and search pictures of D&D characters, it’s people of all different colors, shapes, sizes, you know — it’s all sorts of people.”

Esther Briggs, a freshman from Nicholasville, loves D&D not only for the inclusivity, but also for the sense of community it brings.

“It’s another reason why it’s so awesome that D&D has had a resurgence,” Briggs said. “I’m someone who doesn’t really go out and find people that click with me. With D&D, you can find people who are really different but all have that common thing that clicks. It’s really nice just to have that family aspect.”