WKU’s campus was eerily still and quiet on Tuesday, Nov. 8. The university was closed and classes didn’t meet. Instead, many students headed to the polls to make their voices heard.

In Warren County, voters cast ballots for president and a host of other offices, including U.S. senator, state representative, mayor and city commissioner, among others.

Talisman staff members captured the historic election through photos. Here are some of their best shots. 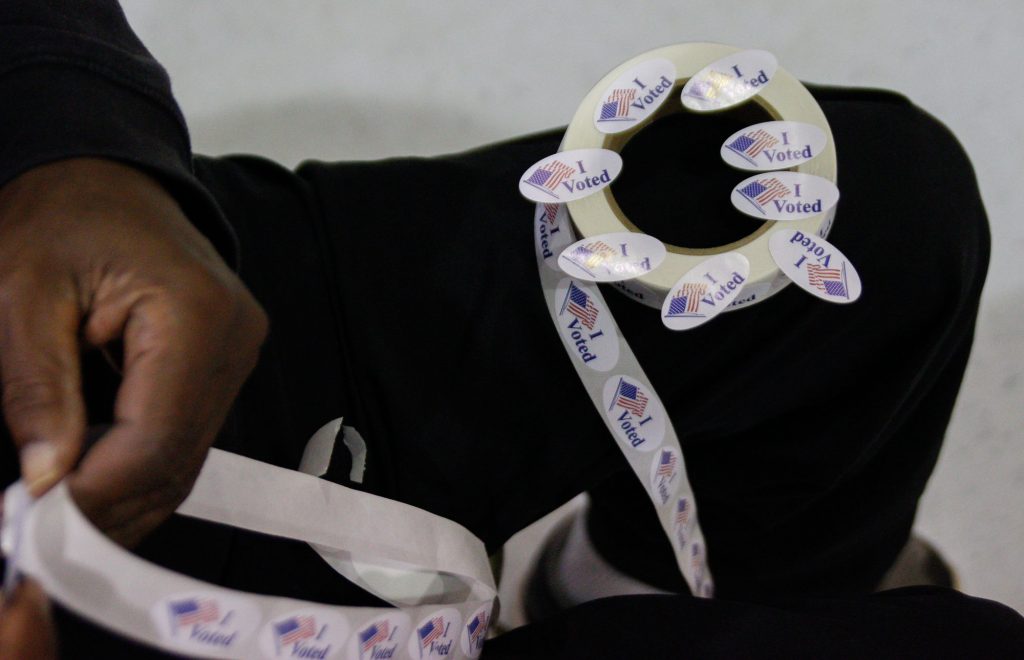 A volunteer at the Big Red precinct polling location prepares “I Voted” stickers. Election volunteers handed the stickers to voters as they left the polls on Tuesday, Nov. 8. Photo by Kathryn Ziesig. 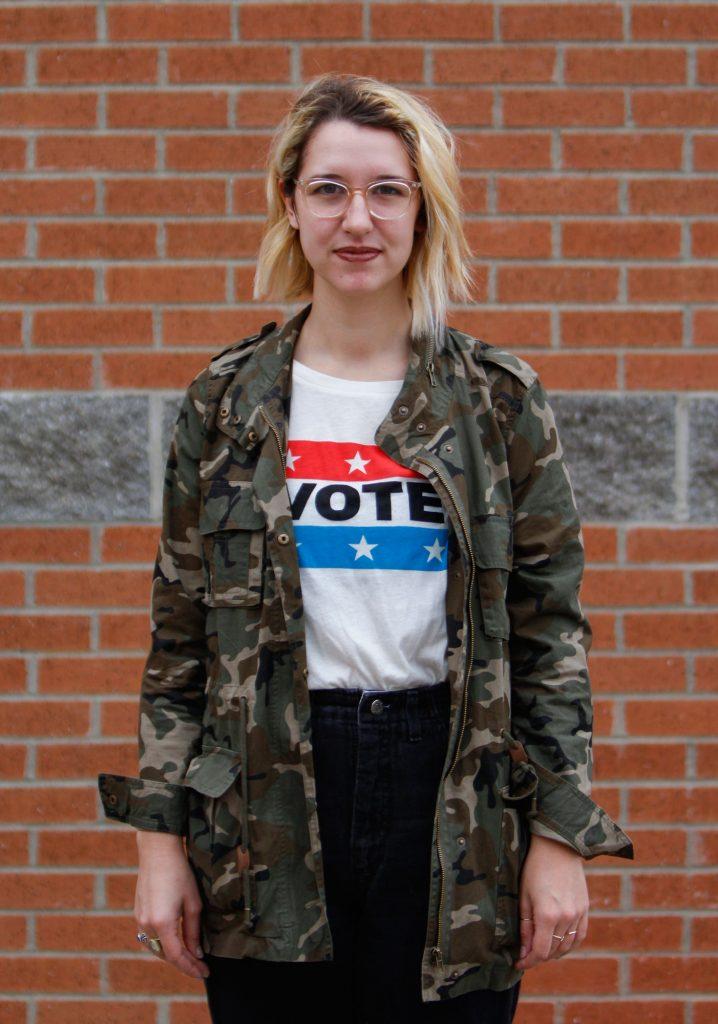 After waiting in line for 30 minutes at the Big Red precinct, Henderson senior Jenna Sauer finds out she is unable to vote on Tuesday, Nov. 8 due to a recently renewed license. “I’m like the most politically passionate person, so it’s really aggravating,” Sauer said. “I’m extremely mad. There was a girl before me that got turned away because of that, too.” Photo by Kathryn Ziesig. 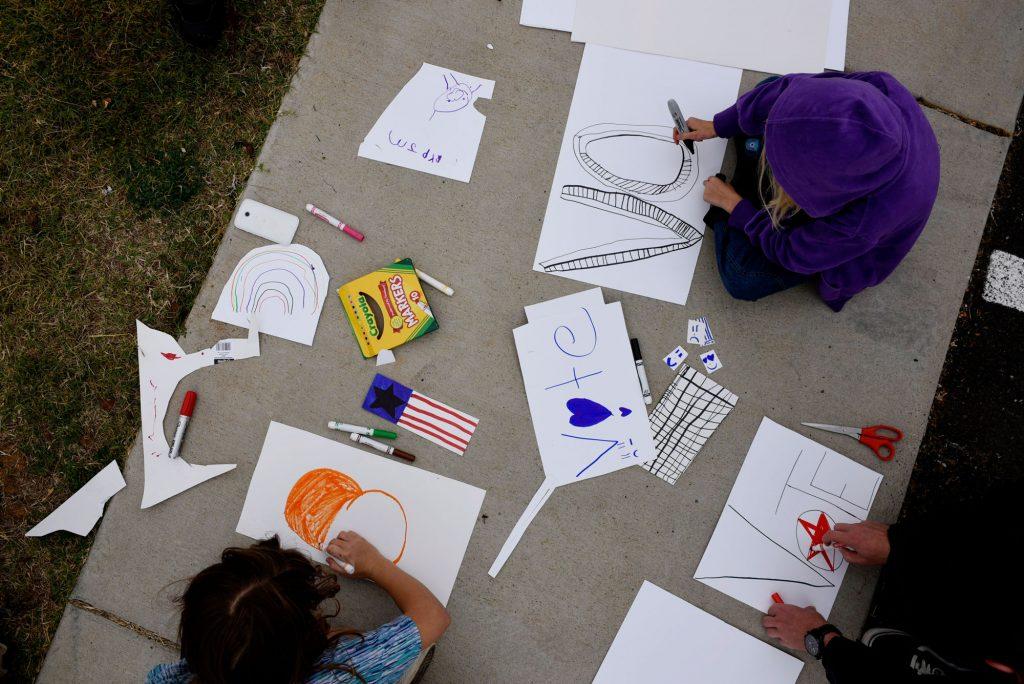 Bowling Green children design posters for the annual Election Day Bike Parade hosted by Kentuckians for the Commonwealth. Volunteers covered their bikes in posters and rode through the streets, encouraging people to get out and vote. Photo by Nic Huey. 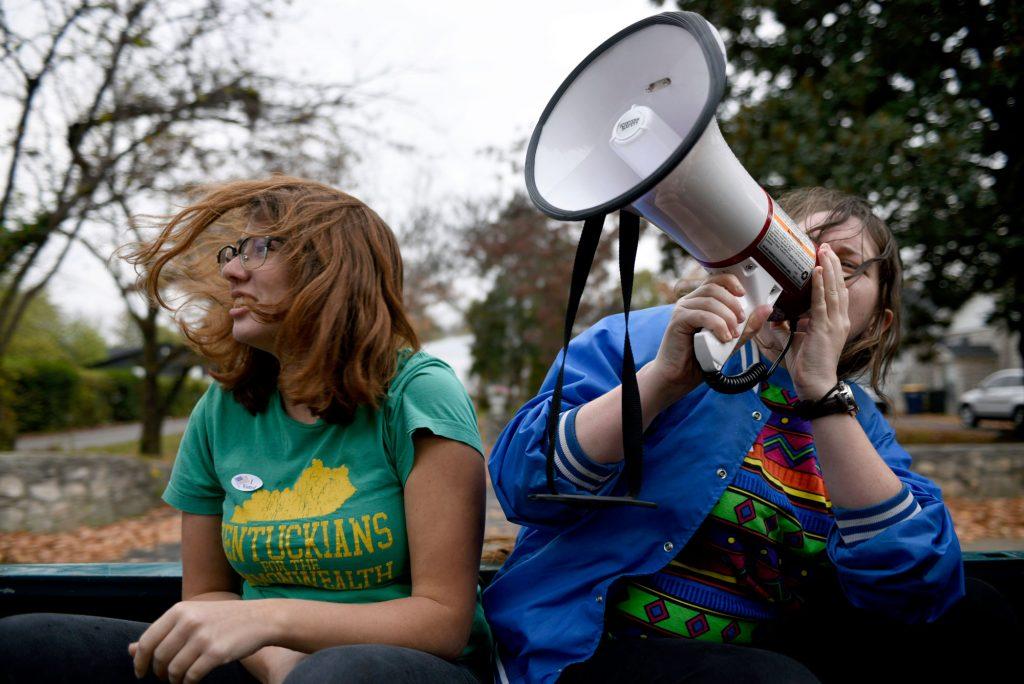 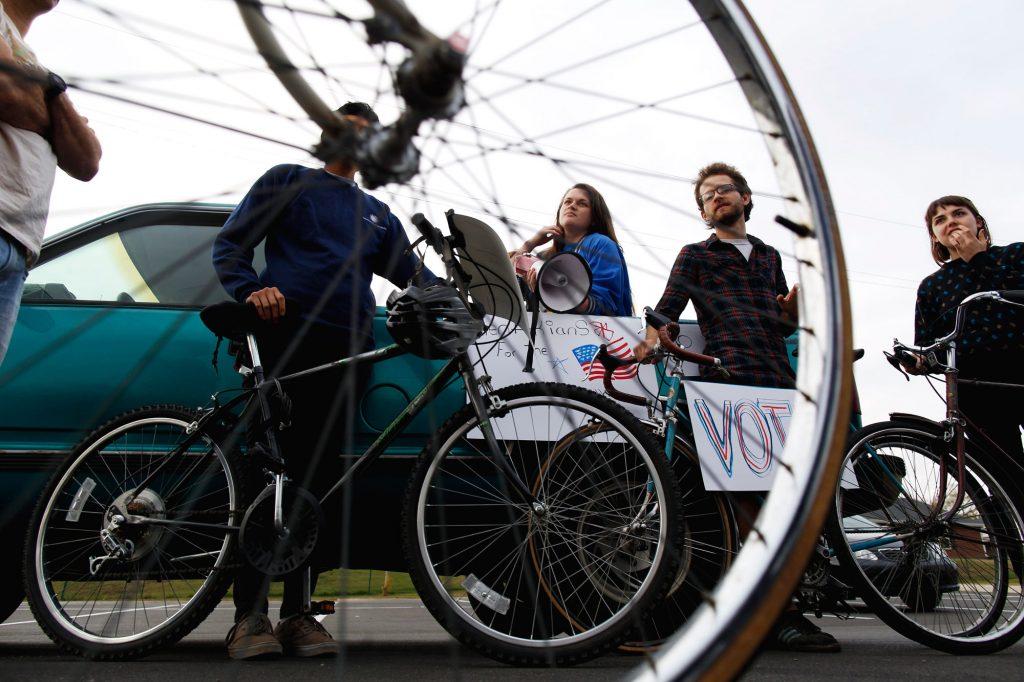 Bowling Green residents participate in a bike parade to encourage other community members to encourage voter turnout. The event was organized by Kentuckians for Commonwealth. Photo by Shaban Athuman. 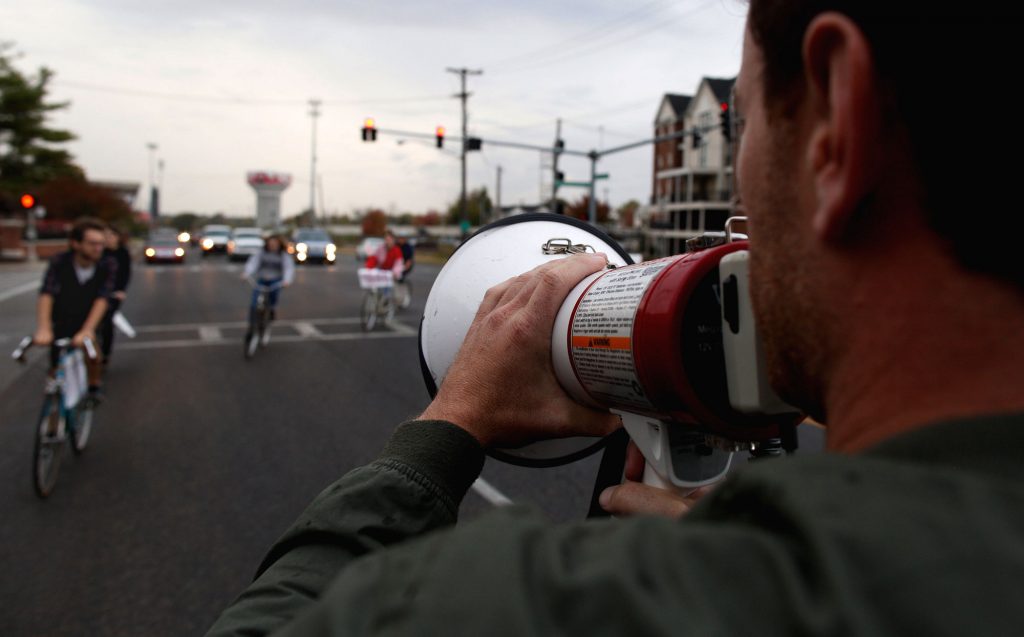 Calvin Wiley, 31, of Barren County helps lead a bike parade from the back of a pickup truck. Wiley made announcements by imitating the voices of various political figures. Photo by Shaban Athuman. 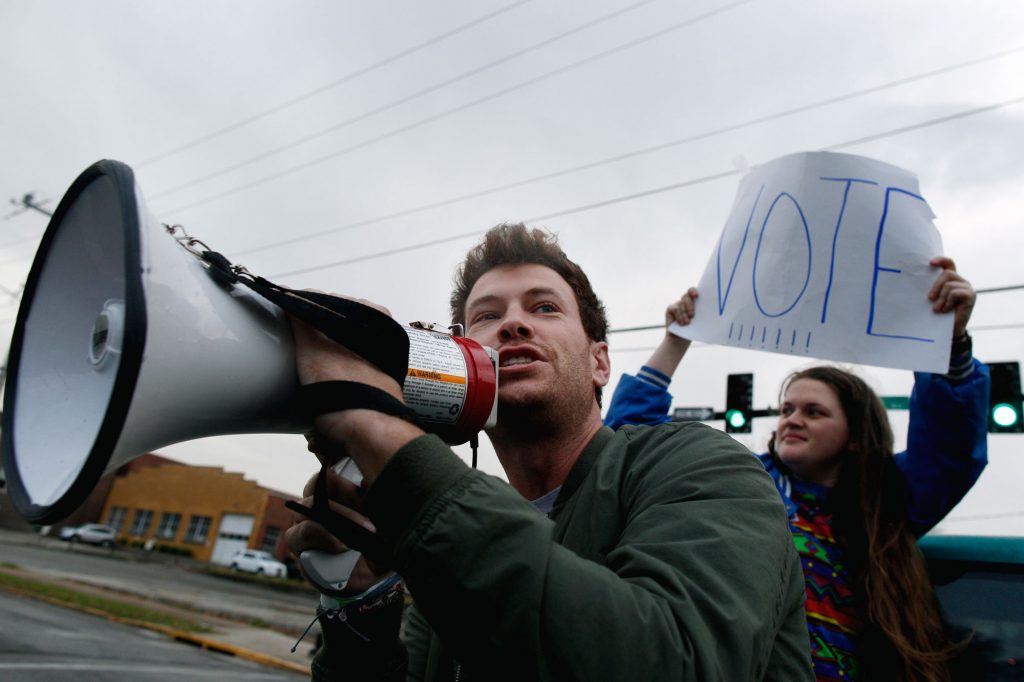