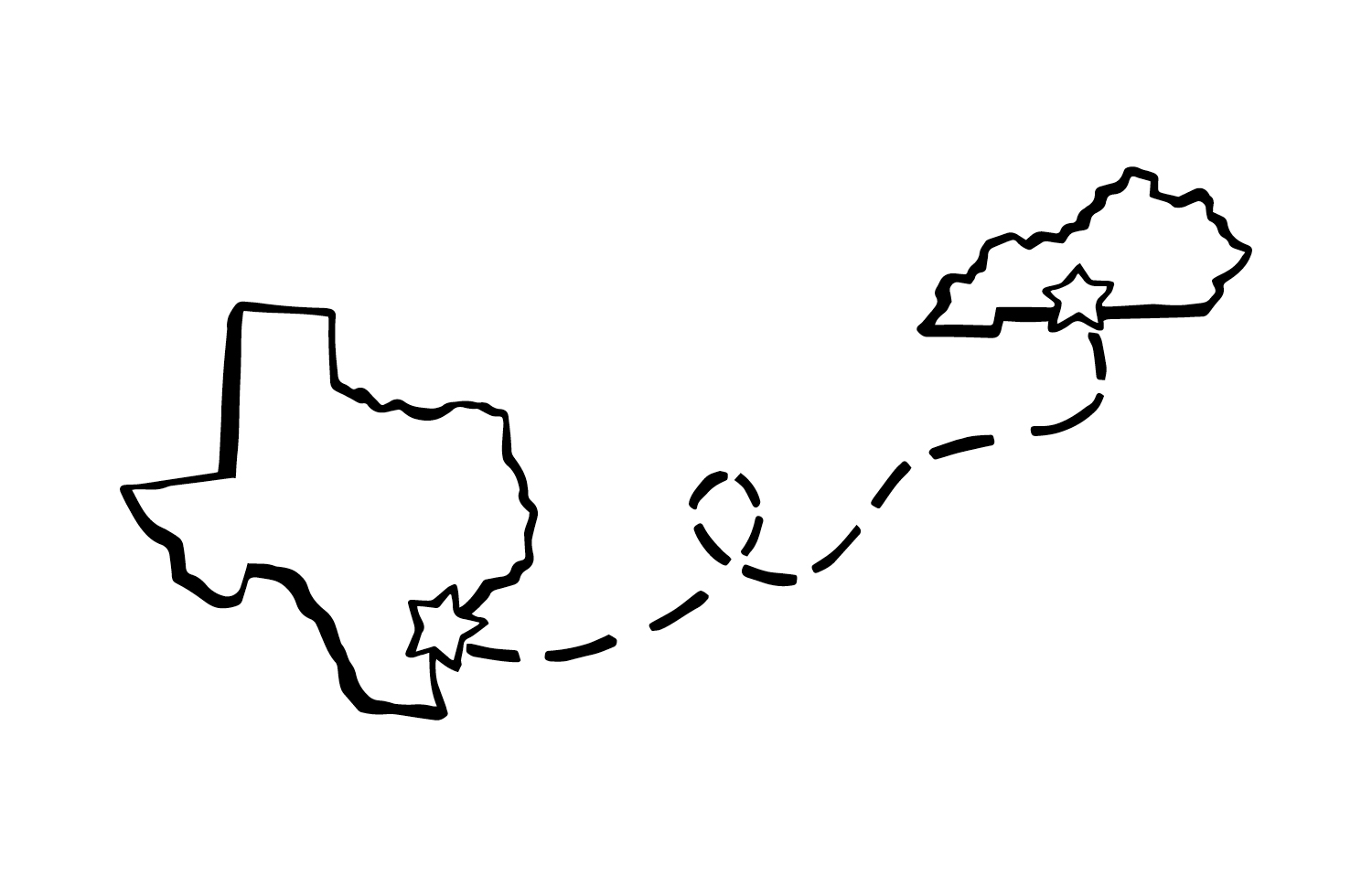 From Texan to Topper

According to the 2015 WKU FactBook, many of the over 20,000 students enrolled at WKU come from the city of Bowling Green, a neighboring county or even a neighboring state.

After a series of fortunate events, I ended up 1,057 miles from my hometown in the small city of Bowling Green, Kentucky.

A little back story: I was born and raised in Corpus Christi, Texas. As a city, it’s known primarily for its abundant bird species population and for being the birthplace of famous Tejano singer/songwriter Selena Quintanilla, as well as Eva Longoria, Farrah Fawcett and other famous actresses.

After living in Corpus Christi for the first 18 years of my life, I moved to the even smaller city of Edinburg, Texas to attend school at the University of Texas – Pan America (now known as UT – Rio Grande Valley). Three years and $40,000 later, I graduated with my Bachelor of Arts in English with a focus in Creative Writing and the hope of becoming a published author.

Like many English majors, I had three choices after graduation: earn a high school teaching certification, become an independent writer (and face the “starving artist” possibility) or apply to graduate school. After narrowing my choices, I decided to apply to graduate school in order to allow myself the opportunities to grow as a writer and possibly teach in a college environment one day.

On March 23, the day before my 22nd birthday, I was accepted to the 12th graduate program I applied to: the Master of Fine Arts program at WKU.

After I announced my acceptance, those around me expressed immediate concern.

“Have you ever been to Kentucky?”

“Where even is Bowling Green?”

“Are there any Hispanics there?”

I didn’t know the answers to these questions. But since my arrival and transition to Bowling Green, I’ve learned a little more about the town I will call home for the next two years.

Here are a few things I have learned so far and would like to share with those who are also transitioning from their hometowns — whether from a small town in Texas or just a few cities away.

1. There are different people of different races and ethnicities in Bowling Green.

Before arriving in Bowling Green, I worried about the lack of diversity. However, though the population of Bowling Green is predominantly Caucasian, people of different races and cultural practices live here, too.

In 2014, 20 percent of Bowling Green citizens identified as races other than “white,” according to the National Citizen Survey, a biannual study sponsored by the city. Whether this is a result of Bowling Green’s college town atmosphere or because people of all walks of life are drawn to Kentucky’s sheer beauty, this is a great thing. Embrace it.

2. Southern Hospitality is a thing.

Although Texas is geographically more southern than Kentucky, southern hospitality is rarely talked about. Yes, people are kind to one another, but Texans usually expect outsiders to assimilate to our culture. And due to Texas’ plethora of cultures and races, it is difficult to spot a non-native from a native.

However, in Kentucky, it is a different story. Enthusiastic kindness — especially to strangers — is a near universal quality. When Kentuckians discover I am from Texas, they manage to establish a sense of camaraderie despite our different origins (yes, I am talking about you, guy who threw up the Longhorn symbol upon seeing my Texas license plate.)

There are two other incidents which spurred this cultural discovery:

When a couple at the Nashville airport saw I was struggling with three enormous pieces of luggage containing almost the entirety of my life’s contents, the gentleman asked if I needed help and proceeded to grab my heaviest piece of luggage, even though he already had his and his wife’s in hand. He followed me all the way to my car and said, “Have a great rest of your day.”

In another instance, after realizing I would have to walk across campus from Cherry Hall to the Downing Student Union for my WKUID, I let out a sigh of despair. A woman with a distinctly Southern twang noticed and approached me, asking “Are you lost? Is there anything I can help you with, hun?”

Another thing I worried about before moving to Bowling Green was the diversity not only within its population but in regard to city-wide dining options. Would there be different varieties of food to try or would I be limited to fried chicken?

Fortunately, there are many restaurant options, ranging from Mexican to Japanese. Many are family-owned businesses. Of course, I would like to try Kentuckian cuisine eventually, but if you are looking for some great takeout on a Friday night, there are plenty of options to choose from.

4. Though WKU is a smaller campus by mileage, the Hill makes it seem huge… I mean, HUGE.

One of the most popular stereotypes about Texas is that everything is bigger there. Currently, UT-RGV’s Edinburg campus sits on 318.1 acres, and this is considered one of Texas’ smaller universities. As an undergraduate student, I could walk this distance in sweltering heat and barely break a sweat. When researching WKU, I noticed that the main campus was only 235 acres in comparison. This seemed a minor feat to conquer.

On my second day at WKU, I had to walk the length of campus to take a picture for my WKU ID. Mistakenly, I decided to dress nicely before to venturing down the Hill. Soon, my calves started burning and enough sweat gathered on my body to make anyone who saw me assume I’d just walked through a sprinkler. Needless to say, my ID photo is far from flattering.

5. There are so many Waffle Houses, I can only assume it is a great place to eat.

Let me make something clear: there are Waffle Houses in Texas. There are not any in my hometown, but if you make your way to a bigger city such as San Antonio or Austin, a Waffle House is bound to be found along any major highway.

For the next two years until I finish my degree, Bowling Green will be my home. When a person lives somewhere long enough, their own experiences of a city inevitably replace any stereotypes. But, as far as first impressions go, Kentucky has not only shattered any negative stereotypes about the state but has proven to be a welcoming place to hang my hat.