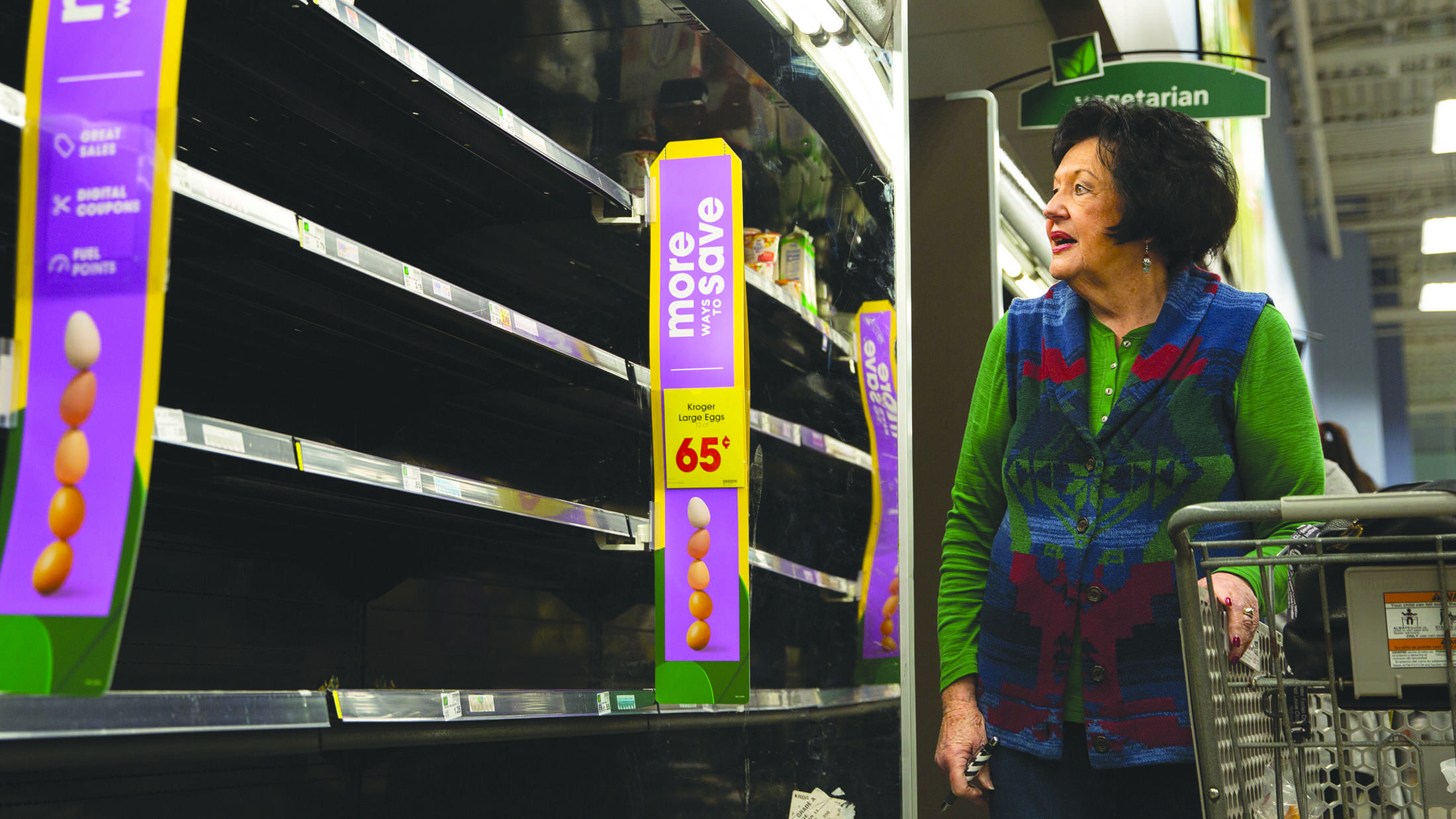 From the magazine: Disrupted

As the world celebrated another decade’s passing and fashioned its hopes for the new year on Dec. 31, 2019, the World Health Organization’s China Country Office was informed that a pneumonia case of unknown origin was detected in the city of Wuhan in Hubei province, China.

Over the next few months, the novel coronavirus, which causes the disease COVID-19, took a hold on China before spreading throughout the world. On March 11, the WHO characterized COVID-19 as a pandemic after 118,000 cases were reported in 114 countries, and 4,291 people died.

“Pandemic is not a word to use lightly or carelessly,” said WHO Director-General Dr. Tedros Adhanom Ghebreyesus in a media briefing that same day. “It is a word that, if misused, can cause unreasonable fear or unjustified acceptance that the fight is over, leading to unnecessary suffering and death.”

By April 17, data from The New York Times showed the pandemic had sickened over 2.1 million people and killed over 144,400 people. In the U.S., at least 673,000 people across every state, Washington, D.C. and four U.S. territories had tested positive for the virus, and at least 30,000 patients with the virus had died. Infected numbers were only confirmed cases, and these cases and deaths were expected to rise.

Around the country, people practiced social distancing, staying at least six feet apart from each other. Panic-buying ensued as people saw other countries enter lockdown. According to the Department of Labor, nearly 22 million Americans filed for unemployment insurance between March 15 and April 11 as retail and other services closed or changed their operations.

“I speak often of the critical nature of our work to elevate the communities in which we live and our role as a lighthouse in our region,” WKU President Timothy Caboni said in a campus-wide email on March 11. “This responsibility includes leading in the face of adversity and doing the right thing, even when it calls for sacrifice.”

After an extended spring break, all classes went online for the rest of the semester. All in-person events were canceled. Students had to be sent home, and commencement ceremonies were postponed to an unknown future.

As the pandemic continued to loom, Talisman photographers set out in March to document its impact on Bowling Green and how people still manage to connect with each other in a time when surviving means staying apart. 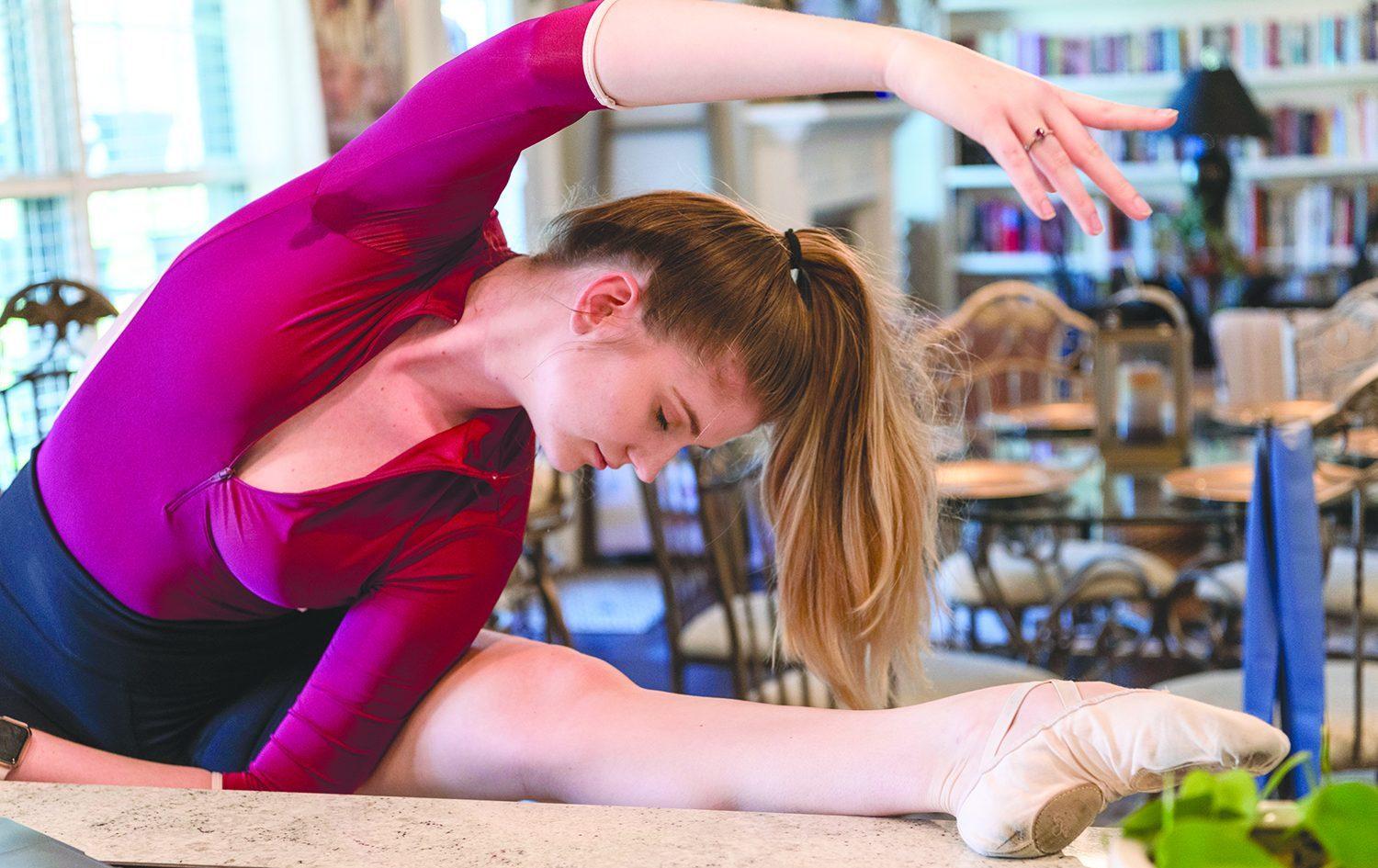 While dancing from home, Owensboro junior Kate Mellon finds the use of her kitchen counter to be convenient as a substitute for the ballet bar. This stretch helps Mellon with the flexibility of making dance movements easier to produce in a piece. Mellon said dance has shifted a lot for her while being at home. She said not having access to a studio that can allow her to move freely has had an impact on her body. “A unique part of dancing is that dance is the only way you can reach and utilize certain muscles, so when those muscles aren’t in use as often, you can begin to know it,” Mellon said. (Photo by Jordan Matthis) 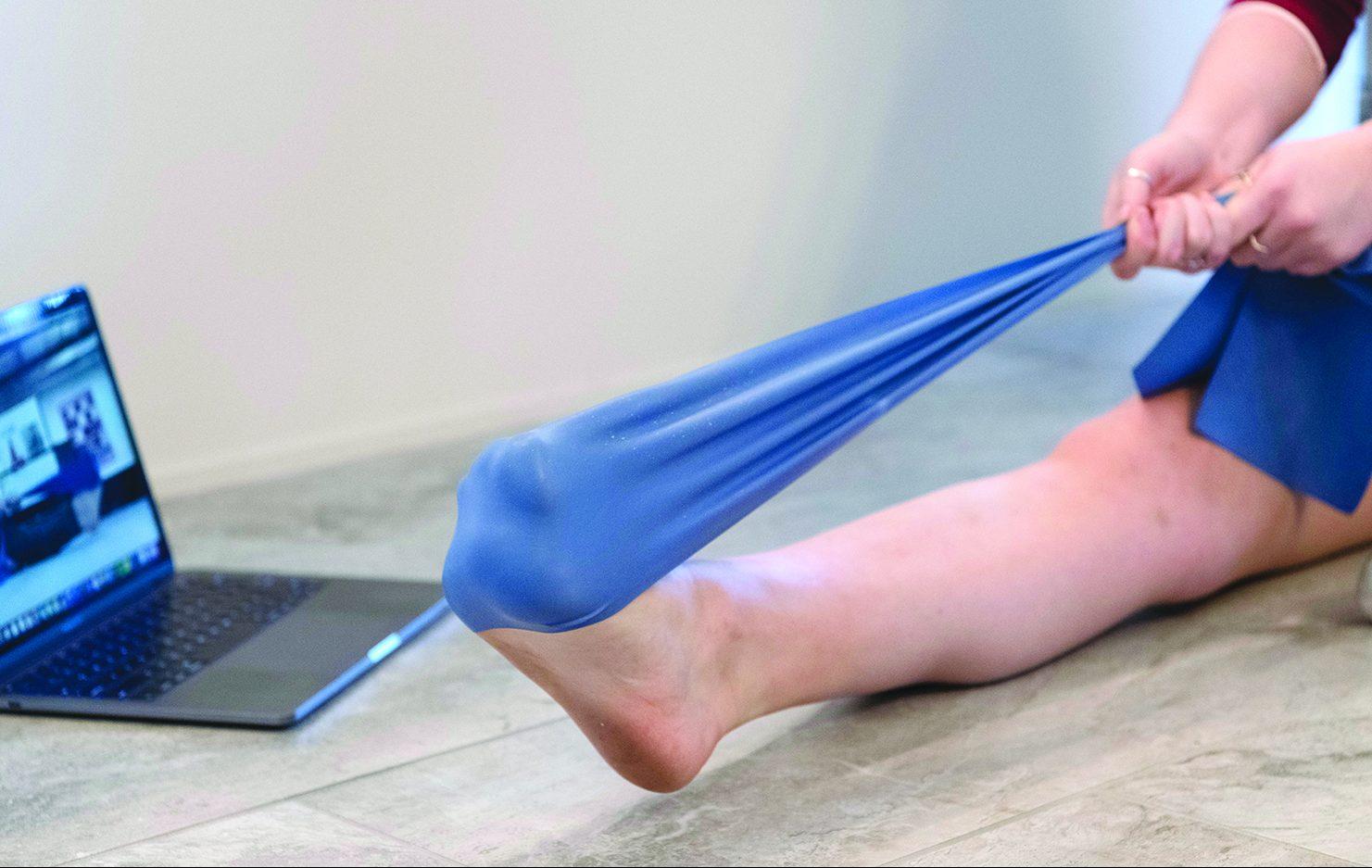 Proper conditioning for a dancer is a key role in maintaining the strength of the body while reducing the chance of injury. Mellon uses a resistance band to increase the strength in the muscles of her foot and ankle to assist in foot articulation and jumps. “It is important for me to condition my body and follow the at-home dance assignments my professors have given me to keep my body in shape,” Mellon said. (Photo by Jordan Matthis)

Before starting the presentation titled “Teaching When Being in the Classroom is Not Possible,” Pennington connects with the faculty in her session. During a time of stress, Pennington found joy in getting to know faculty members and creating a support system for them. “Someone needs to be there for the faculty, and that’s me,” Pennington said. (Photo by Jordan Matthis) 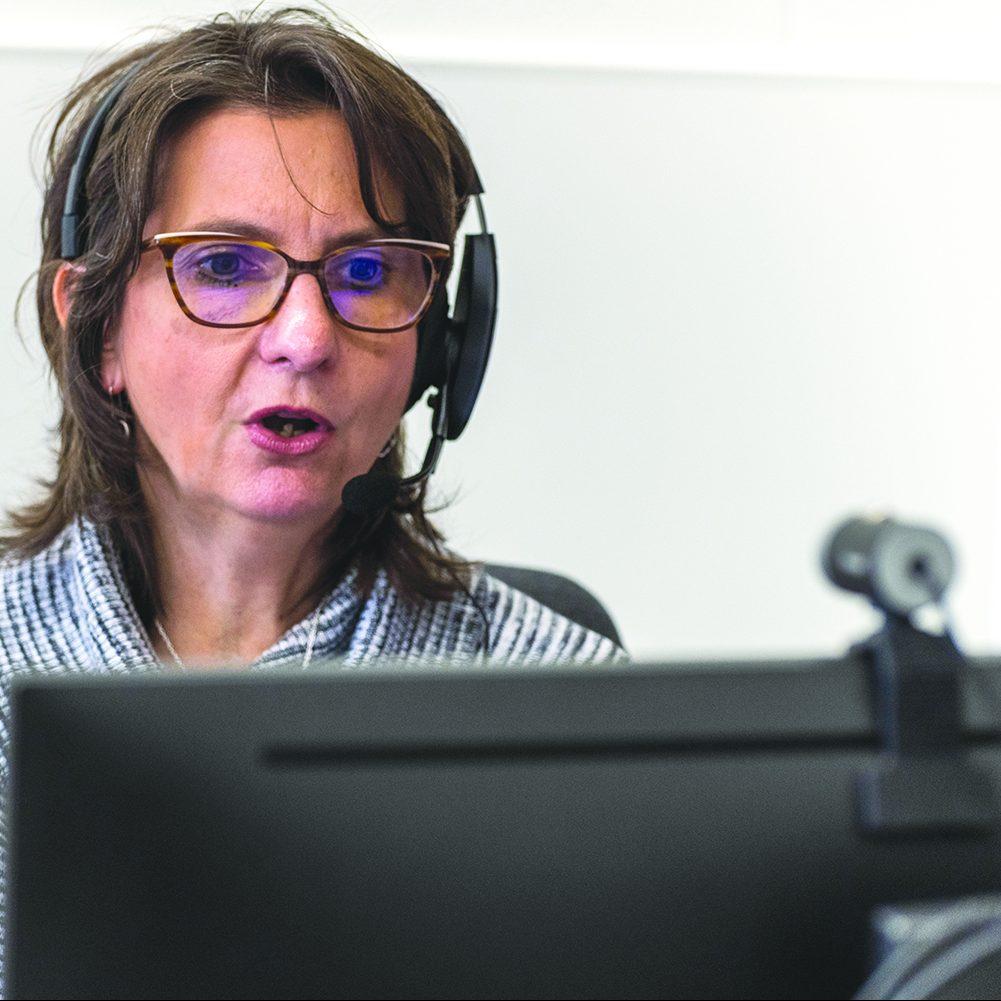 Alicia Pennington, an instructional designer for the Center for Innovative Teaching and Learning at WKU, holds back-to-back webinars to help educate faculty members on how to use online platforms in a classroom setting on March 17 in Garrett Conference Center. Pennington said within each webinar session there can be up to 50 faculty members who are learning and striving to make a better experience for their students. (Photo by Jordan Matthis) 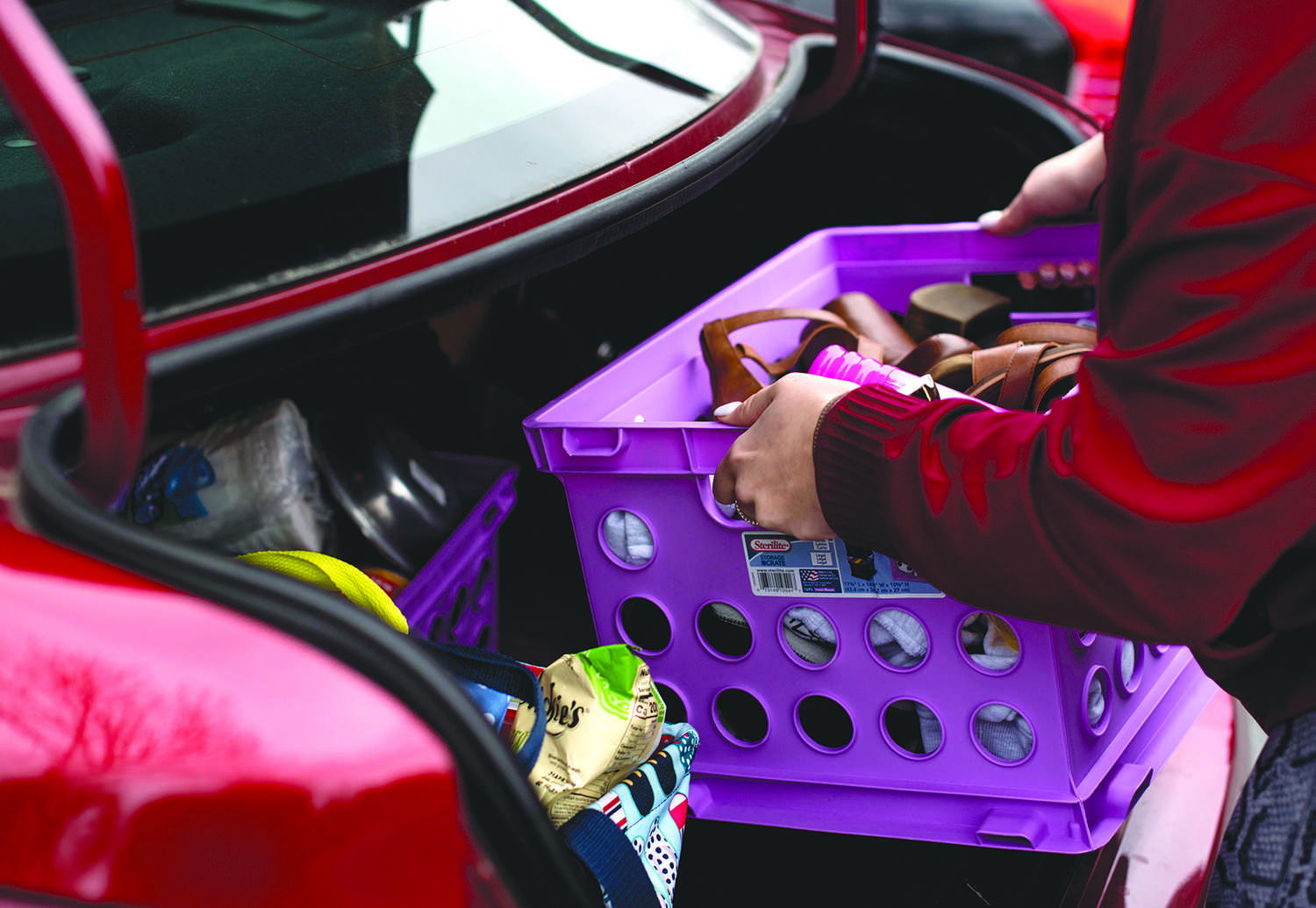 A student and her two friends pack up her car on March 15 after WKU announces an extra week of spring break and two weeks of online classes due to the pandemic. WKU later announced that the remainder of the semester would be held online. (Photo by Allie Hendricks) 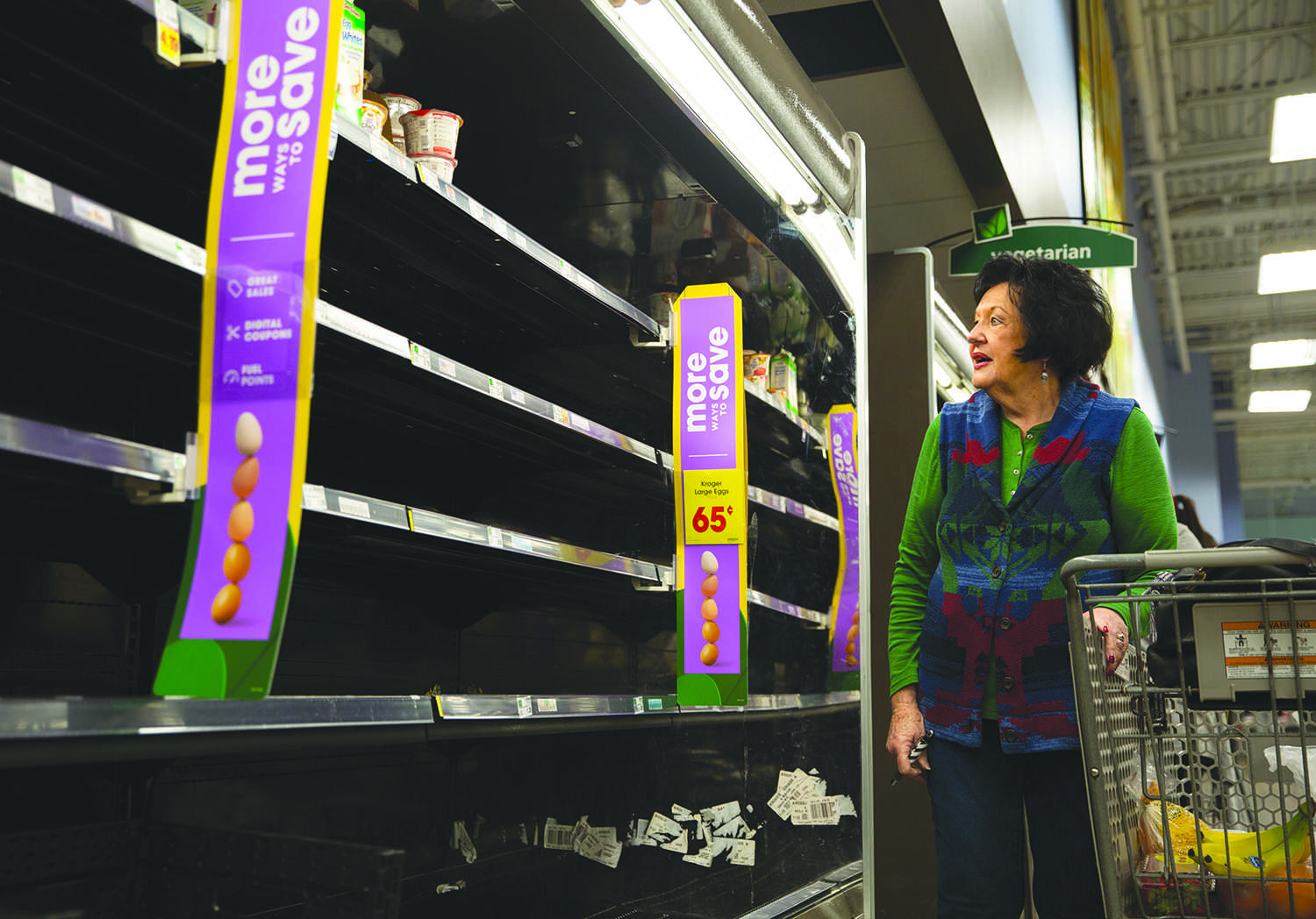 On March 16, 2020, a shopper in Kroger looks at the empty racks that once held eggs that were sold out due to pan-ic-buying. As the number of Covid-19 cases rose in the United States, grocery stores across the country were affected by panic-buying as shoppers stocked up on food and supplies to prepare for quarantine. (Photo by Emily Moses)