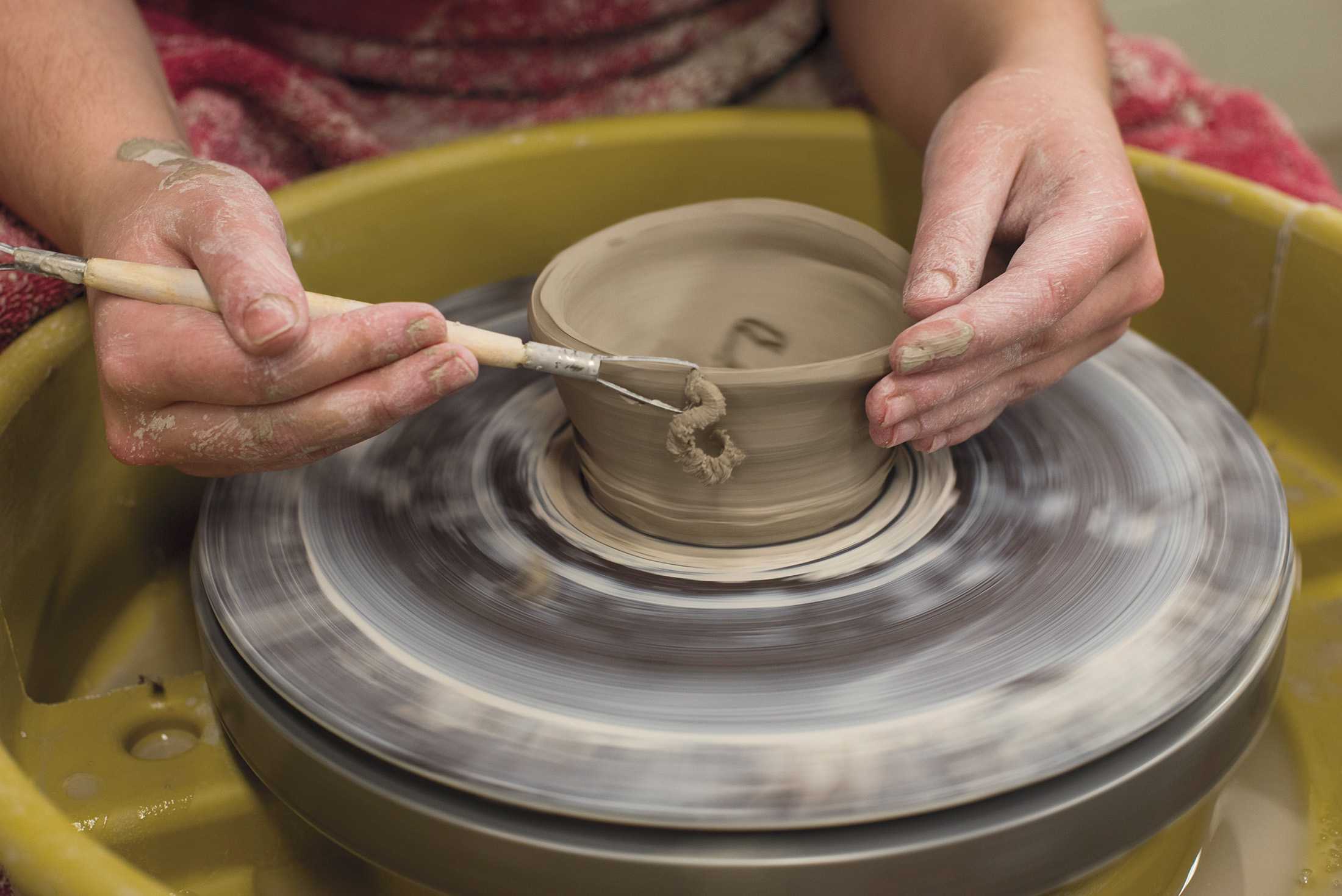 Elizabethtown sophomore Bronwyn Liddle makes a bowl for ceramics class. “I have always been pretty sure I was going to do some sort of art,” she said. She wants to become an art therapist, helping people that can’t emote through words express their feelings through art. “I really want the thing I spend most of my time doing to mean more than just a paycheck,” she said.

From the Magazine: For the love of creation