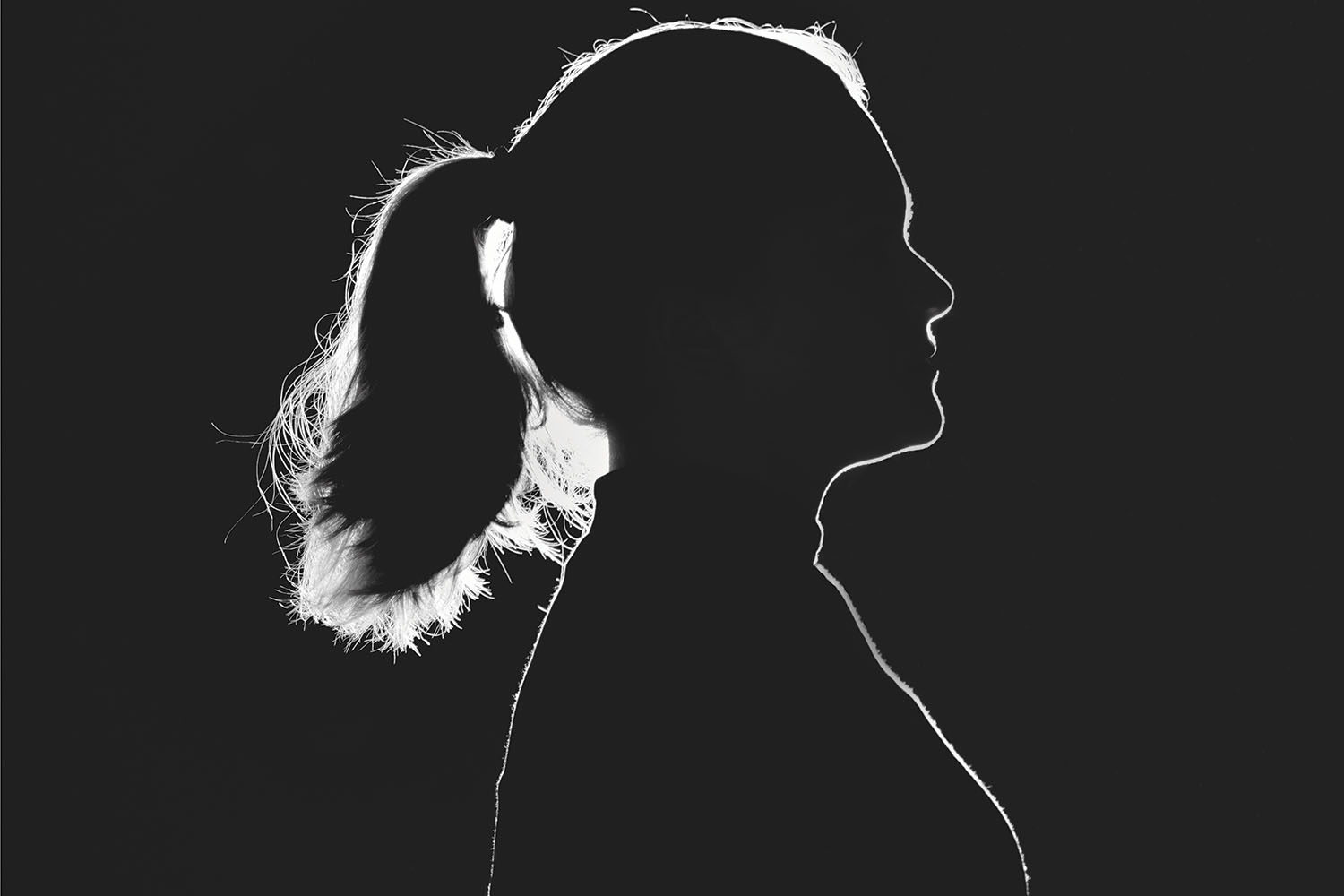 Lily (not her real name) says she has been recovering from an eating disorder that began in 2018. She said she had struggled with comparing herself to the beauty standard in America’s media but, with therapy, is learning to adjust the expectations for herself. (Photo by Veronica Teeter)

From the Magazine: Healing within

Editor‘s Note: Anonymity was granted to a source in this story due to the personal and sensitive nature of topics they discussed. Additionally, the online version of this story corrects language used incorrectly in the printed story.

Jessica Folk grew up with overworked, divorced parents who tended to provide fast-food meals due to lack of energy. They encouraged Folk to finish her plate, even when she was full, Folk said.

“My dad was a physician at a hospital and did a lot of emergency work, so when we saw him, he was always very tired, and we’d go to restaurants,” Folk said.

Folk, a creative writing professor at WKU, said troubled role models for relationships with food combined with cultural and social factors led her to develop bulimia and a binge-eating disorder in middle school, which she has struggled on and off with ever since. She was excited to start a new relationship with food when she started her undergraduate degree.

“I thought that it would be fantastic,” Folk said. “I can choose my own meals. I would lose all this weight, and then I, in fact, gained a bunch of weight because I could make my own choices.”

Folk believes that the new freedom in college can be dangerous for those who have an eating disorder.

Not living with family can make it easier to hide an eating disorder, Folk said. Also, the added pressure to fit in and make comparisons to other students can encourage harmful eating habits, Folk said.

Lily (not her real name), an English for secondary teachers major who graduated in spring 2021, agreed that college culture can contribute to eating disorders.

“College was almost like a competition about who had eaten the least amount of food that day,” Lily said. “People’d come into classes and be like, ‘I only had an iced coffee this morning,’ or ‘I haven’t eaten since this morning, and it’s 5 p.m.’”

Many students come into the WKU Counseling and Testing Center with concerns related to eating, Masami Matsuyuki, a psychologist from the counseling center said. However, Matsuyuki said it’s important to make a distinction between eating behaviors and eating disorders.

“Most of us can easily relate to stress eating, emotional eating, eating when we are bored, or skipping a meal,” Matsuyuki said. “Well, these eating behaviors are not necessarily a sign you have an eating disorder. What makes behaviors a disorder is whether or not such behaviors are significantly impacting your physical health or psychosocial functioning.”

“Anorexia is characterized by an extremely restricted diet or refusal to eat because they have an intense fear of weight gain,” Matsuyuki said. “Bulimia is characterized by recurrent binge eating, and compensatory behaviors to prevent weight gain. Also called purging by self-induced vomiting, misuse of laxative, fasting, excessive physical exercise, binge eating is basically eating a large amount of food in one sitting while feeling out of control, as if you cannot stop eating even if you want to.”

Alex Cox, a junior from Louisville, said she began struggling with body dysmorphia and eating habits similar to binge-eating and bulimia in college, which dwindled her physical and mental well-being.

“When I was at my worst, my hair was thin; my nails were chipping, and I had horrible acne because I wasn’t getting enough nutrition,” Cox said. “My body was rebelling against me. Mentally, it didn’t feel good. I liked when my stomach growled; that’s how bad it was.”

Cox is in recovery from her eating disorder but said she still has lingering trauma that affects what she can and cannot eat. As a way to cope, Cox decided to illustrate this trauma in her portfolio for her Bachelor of Fine Arts degree.

Cox explained that fear foods are foods people with eating disorders cannot physically keep down, and comfort foods are foods they eat when they cannot bring themselves to eat anything else.

Lily is in recovery like Cox, but also suffers lingering effects.

“The weird thing is that I’m mostly good, but then intrusive thoughts will creep in and be like, ‘Hey, you know you could get fat by eating this slice of pizza,’” Lily said. “Which is insane because people have different versions of what healthy looks like.”

Lily said that she started struggling with anorexia and bulimia in 2018, once she bought an Apple Watch that tracked her calories. Soon she became obsessed with her calorie intake. Some days, she said that she would only eat one nutrition bar before dinner. Other days, she would hardly eat anything all day, then binge and purge on sweets, like chocolate, at night.

Lily began changing her perceptions about her body and food with the help of therapy. Her therapist said the expectations most models had, like being thin, shouldn’t concern her because she was going into teaching, Lily said.

Cox believes that the expectation for women to be thin has been plaguing society for decades, even before society’s emphasis on social media.

“As far as skinniness goes, there’s always been a fashionable woman’s body,” Cox said. “It’s not just the Internet and social media’s fault. It’s amped up because of it, but it’s always been a thing. It just so happened that in the ’90s being thin was the way to look. It’s not until recently that people are starting to be more open about what body types are attractive,” Cox said.

“So when I was having my problem, I’d post pictures on Instagram, and people would comment that I looked great,” Lily said. “I dated during the time that I had my eating disorder, and those relationships did not end well. But once I got better, that’s when I met my husband. I realized that, yes, he was physically attracted to me, but it had more to do with the fact that he liked who I was inside.”

Folk said her healing has been an ongoing process since age 15, when she first told her mom about her bulimia.

“I’ve tried to slowly work on my relationship with food, in that, it can be enjoyed, it is fuel and all these things, but I don’t have to eat all of it,” Folk said. “There was also a lot of finishing-our-plate culture in our houses growing up, and fighting that is like chaos in my brain.”

Folk also began to be deliberate on what media she consumed to cultivate a healthy headspace.

Diet culture is everywhere, Folk said, and no one can escape its constant messages about what a body should be.

“Growing up, there was a ton of ‘fat-free’ this and ‘light’ that,” Folk said. “You don’t realize it in the moment, but over years of seeing these commercials and seeing my mom and her friends buying these products because they were supposedly better for you — it just sort of sinks in that this is what we must do, especially as women.”

Folk said that harmful diet culture can even be present in conversations with friends.

“Diet culture can include when your friend tells you about their latest diet,” Folk said. “I’m guilty of this myself. It’s a toxic behavior. We all feed into it.”

Folk has recently started listening to the podcast “Maintenance Phase,” which enlightens listeners about topics related to weight and culture. Folk learned that some people who eat diet foods, like diet sodas and low-fat yogurt, end up eating more food than they would otherwise regularly eat.

Folk said that the media tricks a person’s brain into thinking they are doing something beneficial for their health, but in reality, it is the opposite.

In addition to unlearning past myths, learning about intuitive eating has been helpful in both Folk’s and Cox’s recovery.

“Intuitive eating is all about when your stomach starts growling, you eat food,” Cox said.

Folk said that she uses intuitive eating as a way to connect deeper with her body.

“I understand intuitive eating as listening to your body, not your mind, because your mind, like my mind, can be your worst enemy when it comes to food,” Folk said. “It’s about reworking how your brain thinks about food because it’s not about cutting things out. It’s about reframing that relationship.”

A common misconception surrounding eating disorders, Folk said, is that it only happens to young girls.

“I do think it’s important to reiterate that people of all sizes, all races, all cultures, all genders, etc. are susceptible to eating disorders,’’ Folk said. “It’s not just a teenage girl thing or a model thing or a cisgender women-only thing. It’s a human thing.”

Another misconception about eating disorders is that there is a simple solution, Folk said.

“The idea that it’s simple, I think, is the biggest issue, because if you don’t have a bad relationship with food, then it’s probably confusing,” Folk said. “The idea that someone can just walk into a restaurant, eat what they want, and be done blows my mind. But for somebody else, it is that enormously simple. Those with diagnoses of bulimia or anorexia — they can’t just stop. And I think it’s unfair to expect them to. It’s like telling a depressed person to just stop.”

Folk said there should be no shame associated with eating disorders.

“They are not about who you are as a human being,” Folk said. “This does not say anything about your value. It’s just something that your brain and your body are not cooperating on.”