From the Magazine: Reaching redemption

His two kids knew exactly where he kept his alcohol. They would regularly take a couple bottles to drink. For them, it was all they had ever known. For him, at the time, that was perfectly OK.

Albert Faulkner, now a custodian and deacon at First Baptist Church in Bowling Green, choked up while talking about his children. He admitted that he wasn’t the father and husband he could’ve been. He sat in the church library, his face etched with life.

“It gets easier,” he said, having been sober now for nine years. “But I still remember those raw emotions from the past.”

His cloudy eyes focused on a distant memory. At 13 years old, he had his first intoxicating drink. Vodka. His friends had to tackle him down after he set the yard on fire.

“There was no stopping,” Faulkner said. “I was drinking it like water after a while.”

It became an answer to his problems.

“I didn’t feel good about myself and who I was,” he said. “With alcohol, I was a whole different person. A lot of substance abuse stems from not liking the way you feel and trying to do something to make you feel better.”

He drank and drank, 40 years flushed red with alcohol. He did anything he could to drink, including breaking and entering into homes and businesses he knew would have alcohol. Consequently, he was arrested many times during his youth.

And sometime during those early years, festering throughout mind and body, the addiction began to take its hold.

“It takes priority over everything, including basic necessities,” Faulkner said. “Any addiction is the top priority. It is your god. That’s what you live day to day for: The places that it takes you …”

His voice trailed away. He was looking at something that wasn’t there.

“… eventually you’ll have nothing left. Nothing.” 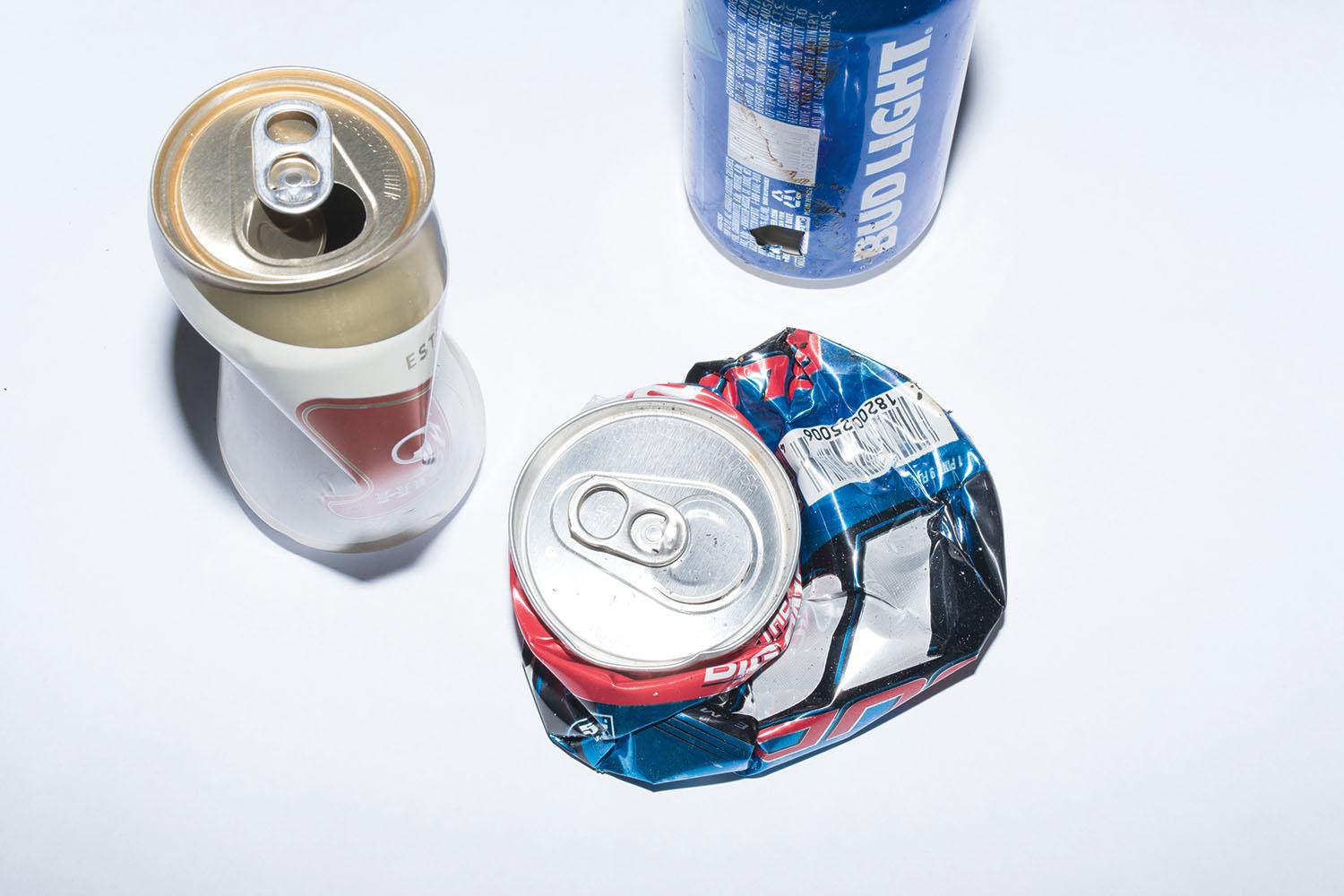 Faulkner’s daughter, Shelly Compton, said her earliest memory of her father was him putting her up on a bar. Music was playing, and he demanded she dance. She didn’t. Her mother was furious when she later found out. Their loud arguments would often scare Compton. She would stay in her room while they yelled at one another, and her brother would hold her hand until she drifted to sleep.

“You didn’t know what would trigger it,” she said. “Sometimes he’d be a happy drunk, and sometimes it was just awful.”

Compton suspected that he would even mix alcohol with his morning coffee.

“It became normalcy to see someone with a beer in their hand all the time,” she said.

According to the Substance Abuse and Mental Health Services Administration, an annual average of 7.5 million children live with a parent who had an alcohol use disorder in the past year. These children are at a greater risk for depression, anxiety disorders, problems with cognitive and verbal skills, and parental abuse or neglect. They are also four times more likely than other children to develop alcohol problems themselves.

Through the years, Faulkner’s drinking strained the family, and his children fell into the same trap. At 13, Compton had her first drink. Whiskey, at the bar, with her father.

“Girl, you’re in better shape than me,” she recalled him saying. “Get us home.”

“It took me getting older to realize it’s not normal for a 13 year old to drive her father home from the bar every night,” Compton said. “But in my world, that’s what I did. It was just normal.”

She and her brother eventually succumbed to the drink. Unknowingly, she followed in her father’s footsteps.

“You don’t see it coming,” she said. “It takes over before you realize it.”

After 20 years of marriage, Faulkner and his wife divorced. His family was left in turmoil and tatters. He was left alone.

“I didn’t know how to be a dad; I was raised without a dad,” Faulkner said. “I always did the best I could. I wasn’t too good there for a long time. I was able to provide, but I wasn’t happy with my own emotions. How could I make anyone else happy?”

During his last arrest, he finally realized that he had driven everyone away as the police stood outside his door, wanting to speak to him. He was in a drunken stupor, but he knew everyone and everything that mattered was gone. He held a gun in his hands. He threatened the police with taking his own life.

“I couldn’t bring myself to do it, but when they were trying to break in the windows I fired off a couple shots,” he said.

The police took him to a mental institution. It was there that he met a nurse who prayed with him and gave him a Bible. She told him his answers awaited in the pages. After staying there for weeks, Faulkner was taken to jail.

However, this time it was different. Lying there on a 2-inch mat against the concrete floor, he didn’t think he would ever see daylight again.

“God, look at what I’ve done to this life that you’ve given me,” he recalled thinking. “Please help me.”

Thirteen months later, a sheriff transported Faulkner to a local recovery home. Faulkner said the sheriff told him, “This is where you need to be.”

Faulkner smiled in his chair, reflecting on the moment.

“I don’t think he realized how prophetic he was,” he said.

Faulkner stayed at His House Recovery Home for six months. He realized he had a choice, but it was never easy. He had dreams about drinking. The depths that a single bottle could drag him to were always close and all too familiar.

Recovering from substance abuse requires more time, courage and willpower than some may believe, Compton said. Faulkner said that slipping back into drinking is as easy as coughing — it builds up and forces itself to break free. He believes that for an alcoholic not to drink on any given day is a miracle. He said that even if people never drink another sip for the rest of their lives, they will forever be in recovery, forever holding in that one cough.

After completing the recovery program, Faulkner felt that he was still unready to leave. When asked if he was interested in becoming the program director of the home, he agreed. He remains there today, helping other substance abusers recover.

“To be accountable to myself, I was holding other people accountable and leading by example,” he said. “If you’re doing something esteemable, how can you not feel better about yourself? If you feel good, you’re not trying to fix the way you feel.” 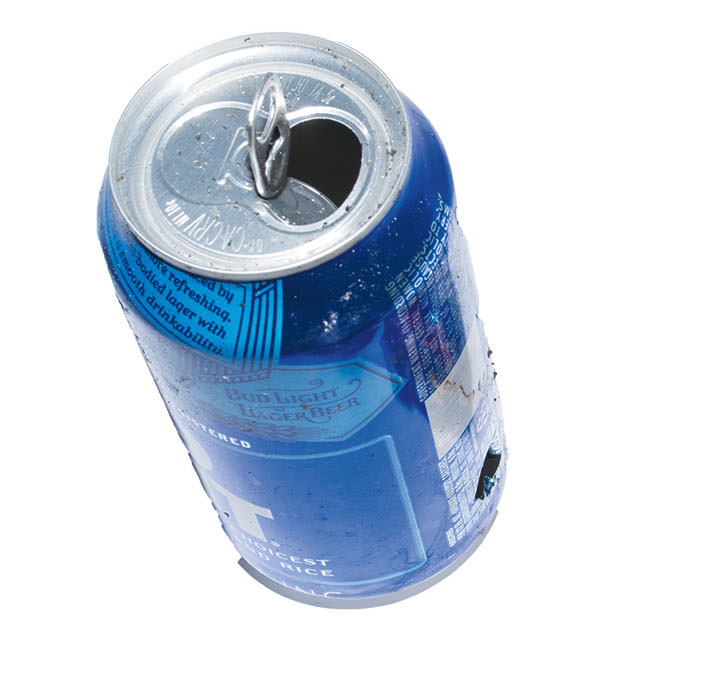 The very same person who would shout “get one for everybody” and max out his credit cards is now a program director of a recovery home.

People he used to drink with at bars felt awkward whenever they encountered him, Faulkner said.

“They didn’t know how to act around me,” he said. “I had caught this ‘recovery’ and it was like they were afraid it was contagious or something.”

Even during recovery, not everyone will survive. According to the Centers for Disease Control and Prevention, an estimated 88,000 people die from alcohol-related causes annually, making alcohol the third leading preventable cause of death in the U.S.

“It’s like a vortex,” Faulkner said. “You get sucked lower and lower and lower. That’s when you get to the bottom. Either you can take yourself out of this world — and a lot of people take that path — or you’re gonna do something different.”

He said he has seen many more failures than successes in his years as program director.

“Most of them will get right back out there,” Faulkner said. “But every once in a while, you’ll get one person who comes through there that remains in the program, remains clean and sober, has cut that lifestyle out, and you see not just their life change but the lives around them change, and you see where you’ve made a difference.”

Pastor Dave Garrett began attending His House to speak to those in recovery. That was when Faulkner first heard of the Celebrate Recovery program at First Baptist Church in Bowling Green. The program uses a Christ-centered, biblical approach to help people overcome their hurts and habits, according to First Baptist’s website. Interested, Faulkner eventually became a member of the church.

After Garrett and the church learned about Faulkner’s past, they wanted him to share his story in a televised broadcast. He agreed. Compton was shocked when she later found out, knowing her father was naturally timid. But she understood.

“That’s what you do to get better — giving people your testimony,” she said.
When the day came, there were hundreds of eyes in the audience, but it was those few TV cameras that made him nervous. He controlled his breathing as he recounted his story and his lifelong struggle with alcohol. The audience applauded him as he walked off the stage. It was evident: Faulkner was rebuilding himself and his life brick by brick.

But something was still missing.

Pleased to meet me

After his ex-wife saw his testimony on TV, she contacted Faulkner and told him that his children needed to see it. They needed to see this person that he had become.

His children. Faulkner shifted in his chair from excitement when speaking about them. He remembered when his firstborn saw the light of the world. For three days he couldn’t go to work. He’d be headed there but would “swing back to the house” to see his little son.

His children. Compton had been struggling from alcohol and slipping away from her own kids, and her brother despised Faulkner. She was afraid the family would be furious if she ever reached out to her father.

But his live testimony let them know that this was not just another phase, another broken promise from dad.

“My life was actually turning around,” Faulkner said. “I was trying to move in a better direction. That’s what made it real to them.”

His daughter said that she loved the person that he had become.

“It’s crazy,” Compton said. “I never would have known my dad could do the things that he does now. He’s a completely different man.”

Compton is now sober herself and is an assistant program director at Freedom House, a local female recovery home. She followed in her father’s footsteps.

One by one, the family sewed itself back together.

Last Christmas was the first one the family had together in a long time. Kids were running around, shooting Nerf guns and laughing.

“It’s what I’ve wanted ever since we lost it,” Compton said. “It’s great having a family again.”

Compton used to be a little hesitant with her children being around Faulkner, but now she comfortably calls him and asks if he could give her a break and spend time with them, his grandchildren.

“I take him out around buildings and all the paths, playing games along the way,” Faulkner said. “To him, that’s going on adventures.”

They pretend to hunt dinosaurs. They watch the stars and imagine flying saucers descending from the skies.

“Just odd stuff,” Faulkner said, eyes visibly lit. “Anything to keep him amused, and he loves it. He loves coming to grandpa’s house.”

And when he’s there, his grandson knows exactly where Faulker keeps his spare change. He would go to the little drawer and stuff the coins into his pocket.

“Oh, are ya going shopping?” Faulkner would tease.

Perhaps if Faulkner had never found his way toward recovery, the drawer could have held what sent him astray.

But now, it holds simple, spare coins for his grandson.

For him, that’s perfectly, wonderfully OK. 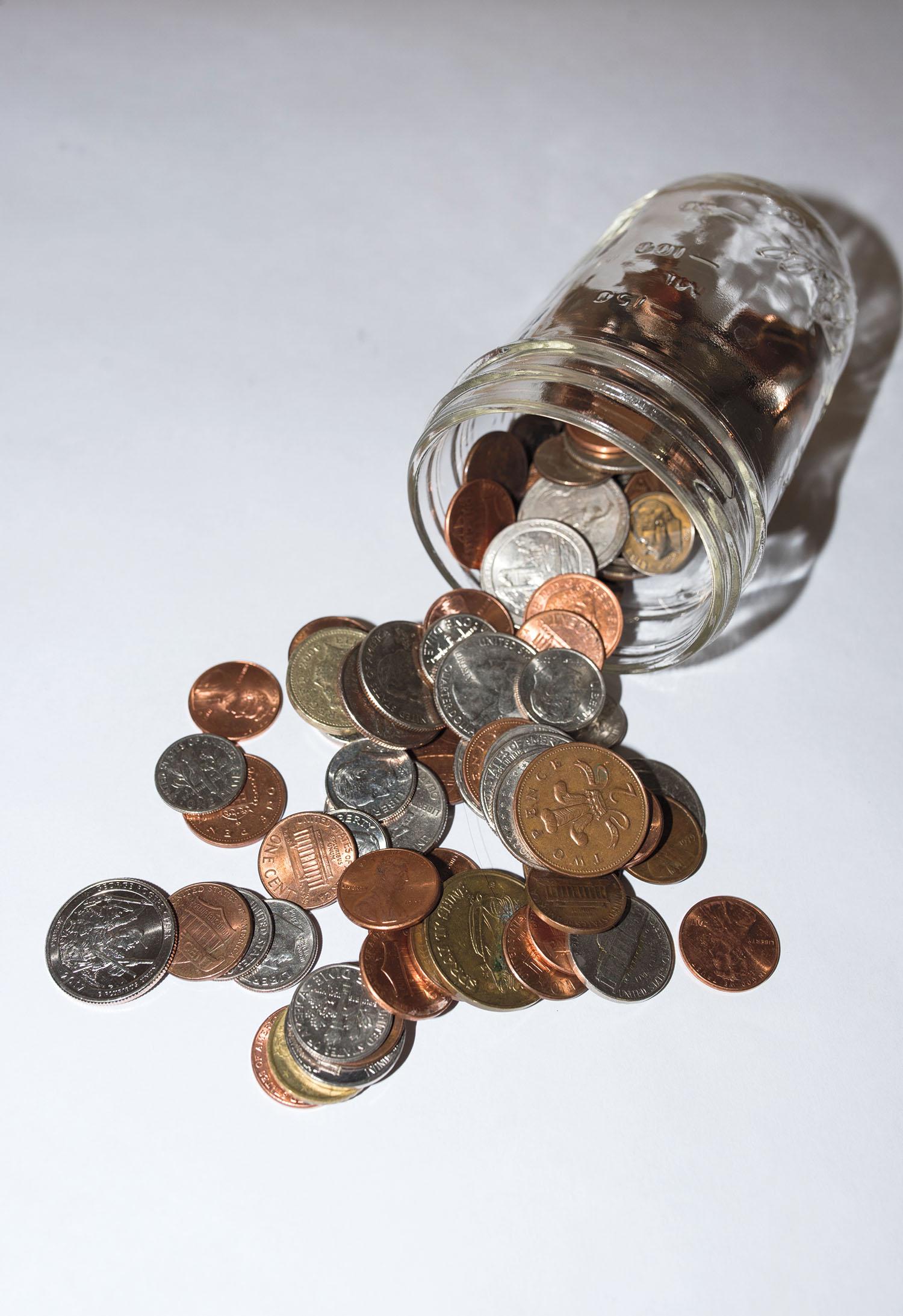