Gallery: Back to school during COVID-19

WKU students returned to The Hill for a fall semester unlike ever before. Face masked and socially distanced, our photographers captured what they saw during the first week of a semester during the COVID-19 pandemic. 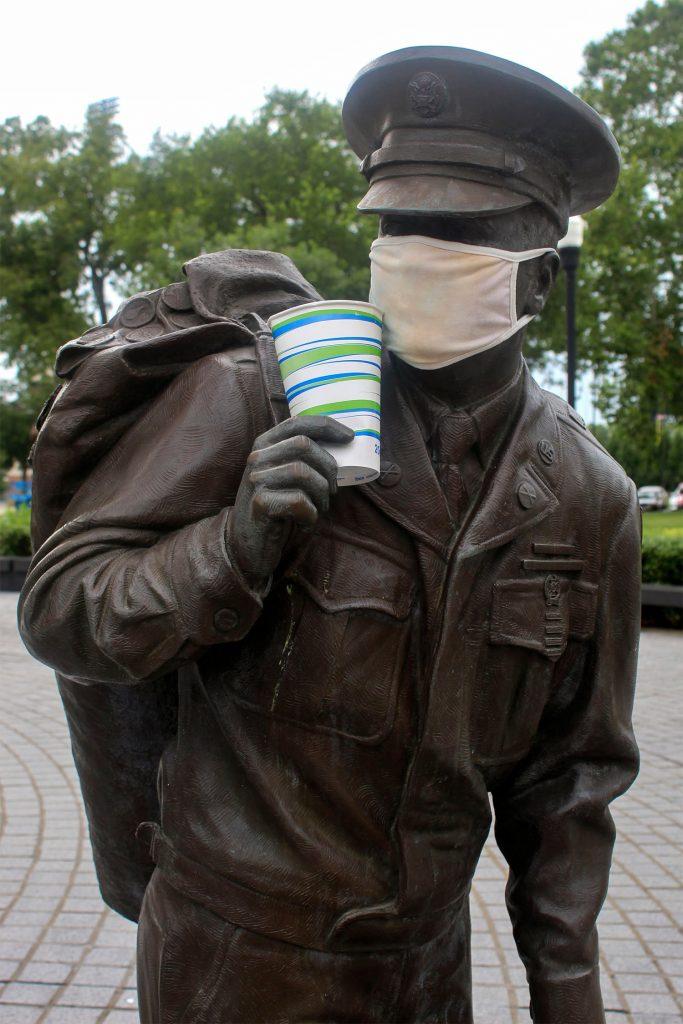 Face masks can be seen displayed on most statues on campus, such as the Sgt. 1st Class Robert H. Guthrie statue in front of Guthrie Bell Tower. They serve as a friendly reminder to wear a mask at all times while walking around campus. (Photo by Cristina Betz) 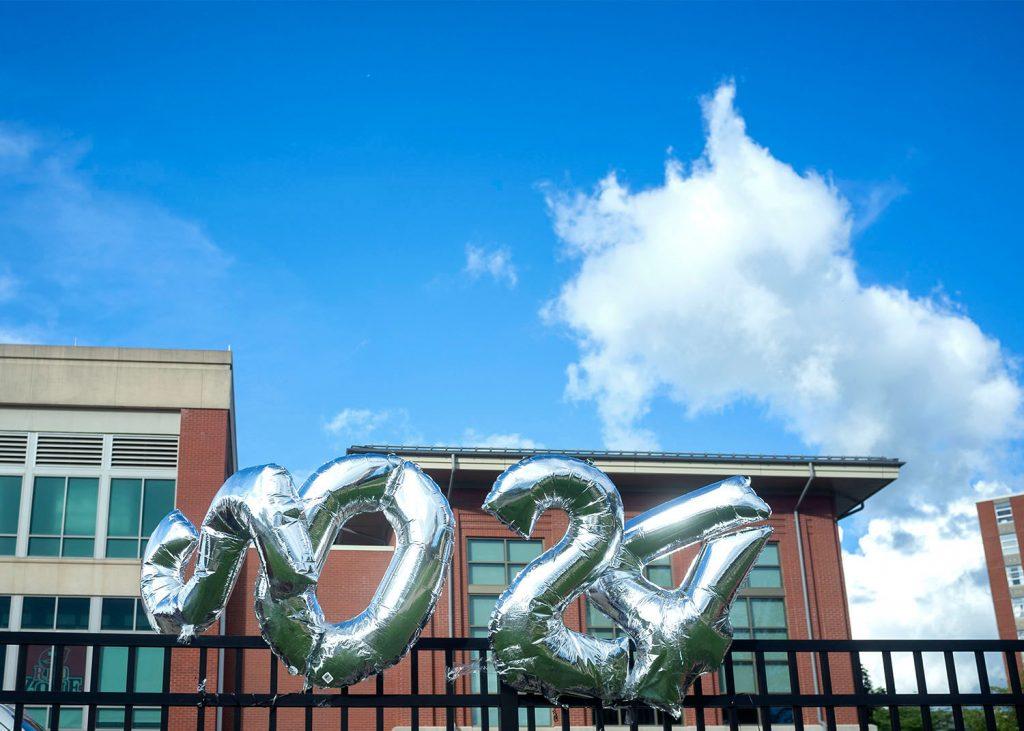 Celebrations for the incoming class of 2024 took place during the first week of classes in front of Downing Student Union on Tuesday, Aug. 22. Freshmen are encouraged to meet and make friends as long as they adhere to social distancing and mask requirements, creating a unique experience for those just beginning their college journey. (Photo by Tucker Covey) 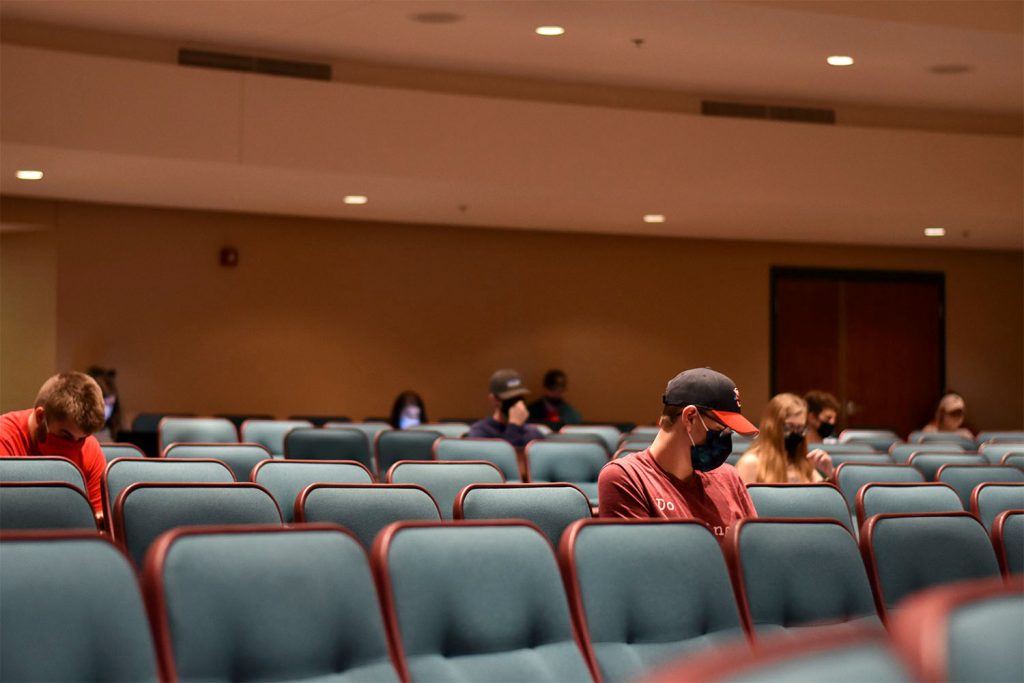 Professor Richard Shumate’s Undersing Media class looks a little different than it has in previous years as students spread out in the Jody Richards Hall auditorium on Thursday, Aug. 27. Simple things like taking attendance must be done through specific technology since many students are enrolled in the class and can’t sit close together. (Photo by Veronica Teeter) 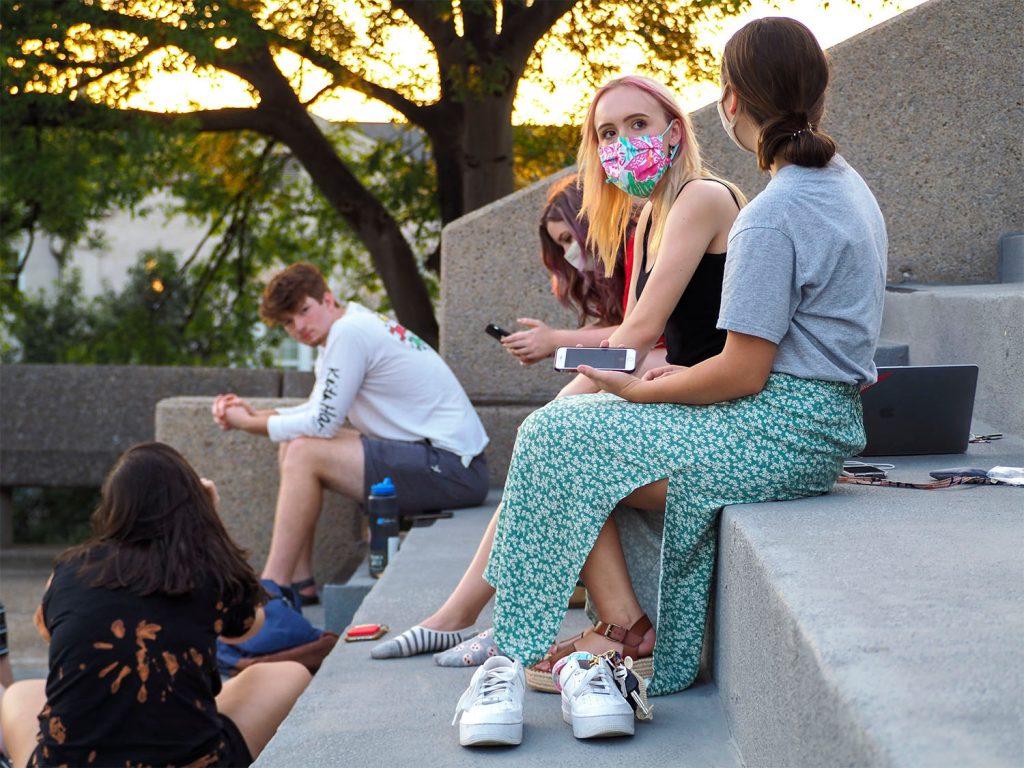 Bowling Green freshmen Ashley Ranger (right) and Morgan Gammons hang out on the Colonnade with a group of friends on Tuesday, Aug. 25. (Photo by Sebastian Tingle) 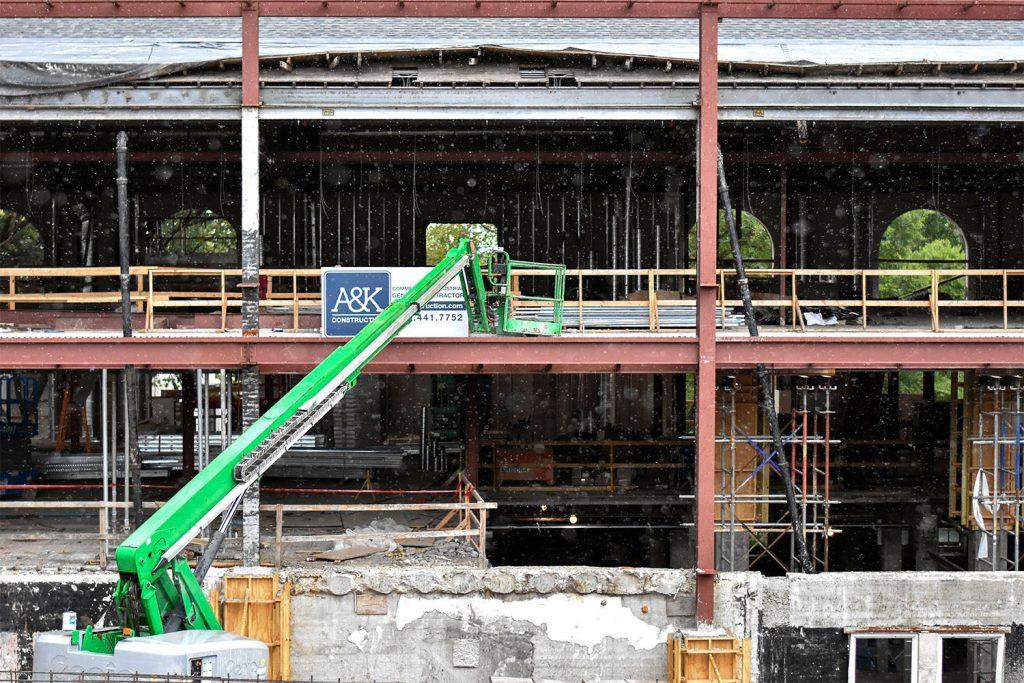 Construction work on the new WKU Commons at Helm Library comes to a halt as it begins to rain on Wednesday, Aug. 26. The Commons will serve as a modern study area for students and is expected to be completed in 2021. It is not the only part of WKU’s campus currently under extreme construction. (Photo by Veronica Teeter) 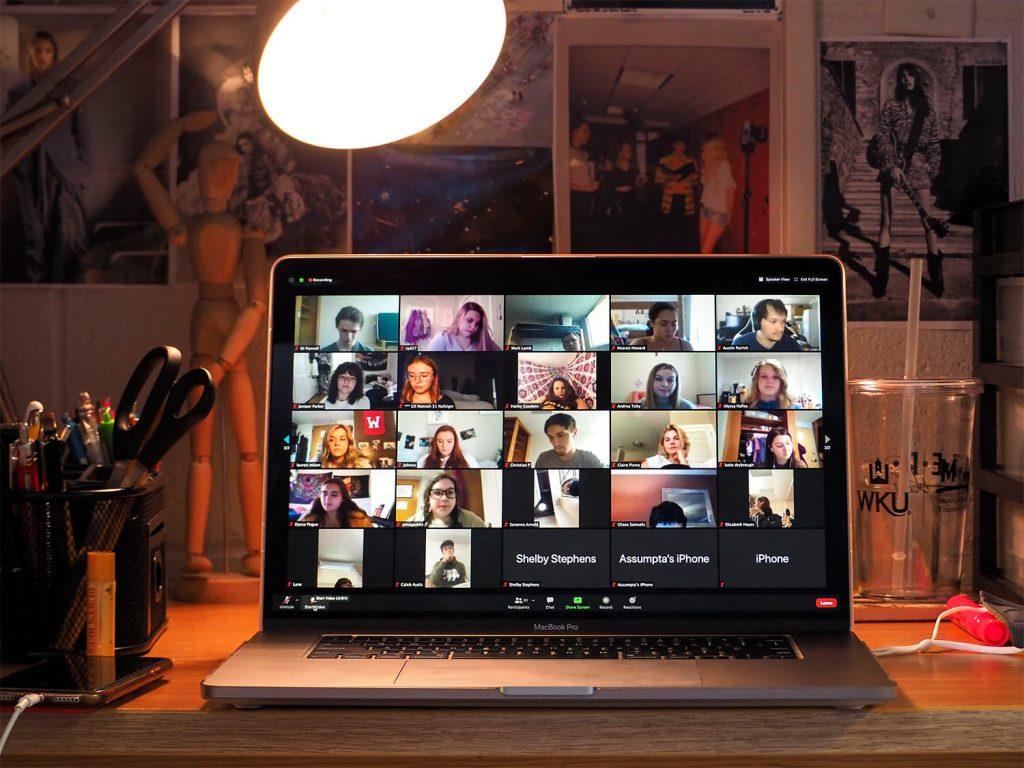 WKU choir students enrolled in a University Singers course meet with their professor, Lauren Whitham, via Zoom on Monday, Aug. 24. The choir will be hosting virtual rehearsals along with smaller ensemble meetings for only 30 minutes in designated locations on campus to maintain social distancing. (Photo by Sebastian Tingle) 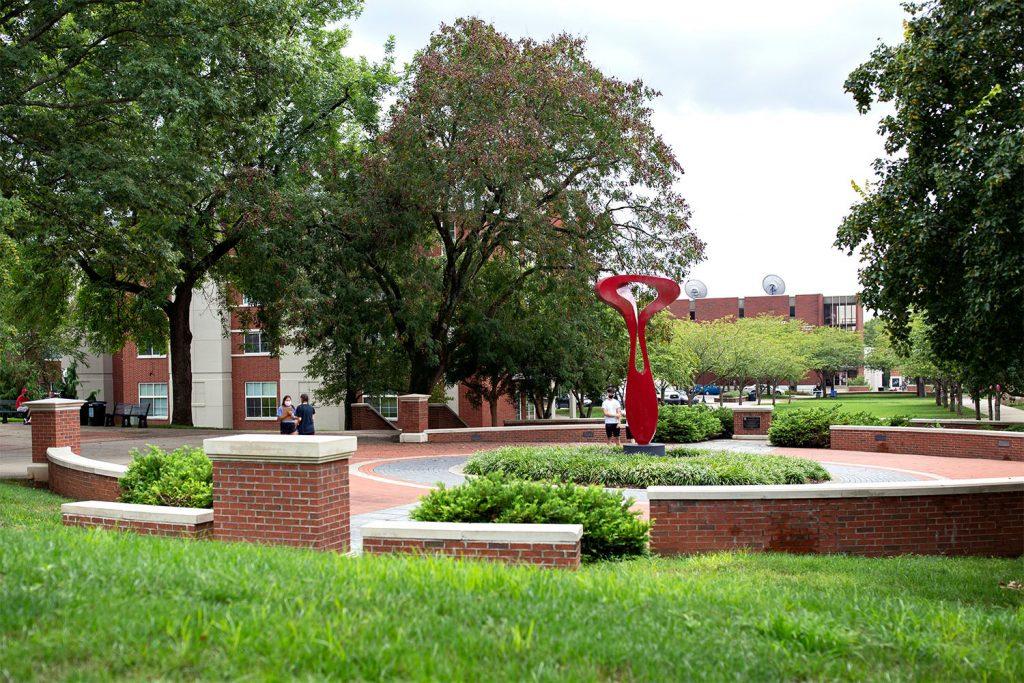 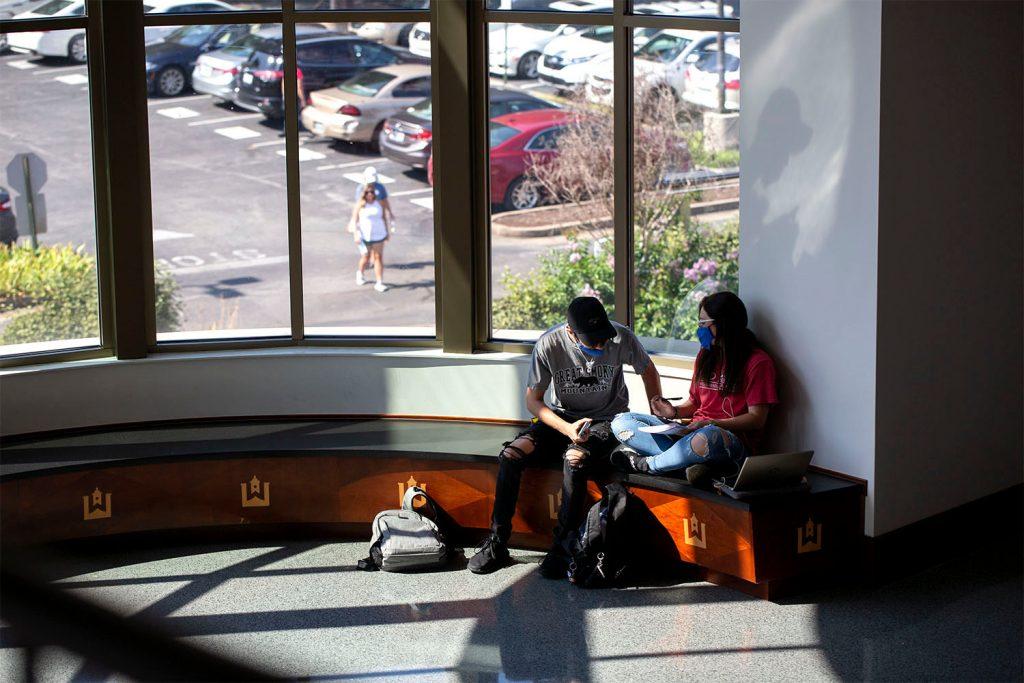 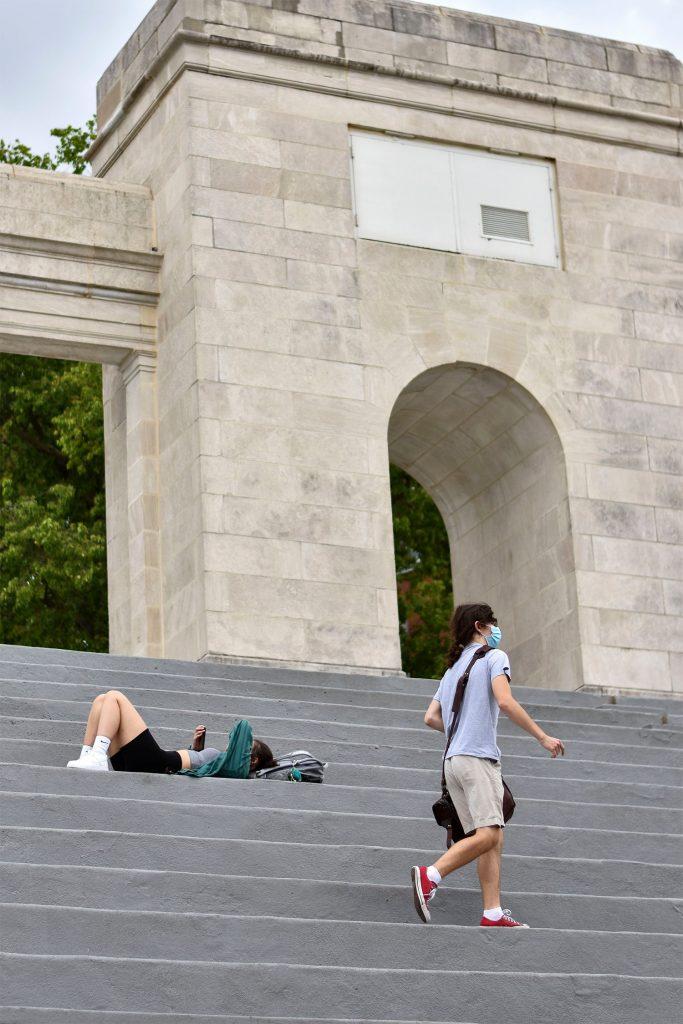 A WKU student rests on the Colonnade as another walks to class on Thursday, Aug. 27. The Colonnade are a popular spot on WKU’s campus, serving as a space for students to hang out, eat or study. It’s even being used as a location for socially-distanced in-person classes. (Photo by Veronica Teeter) 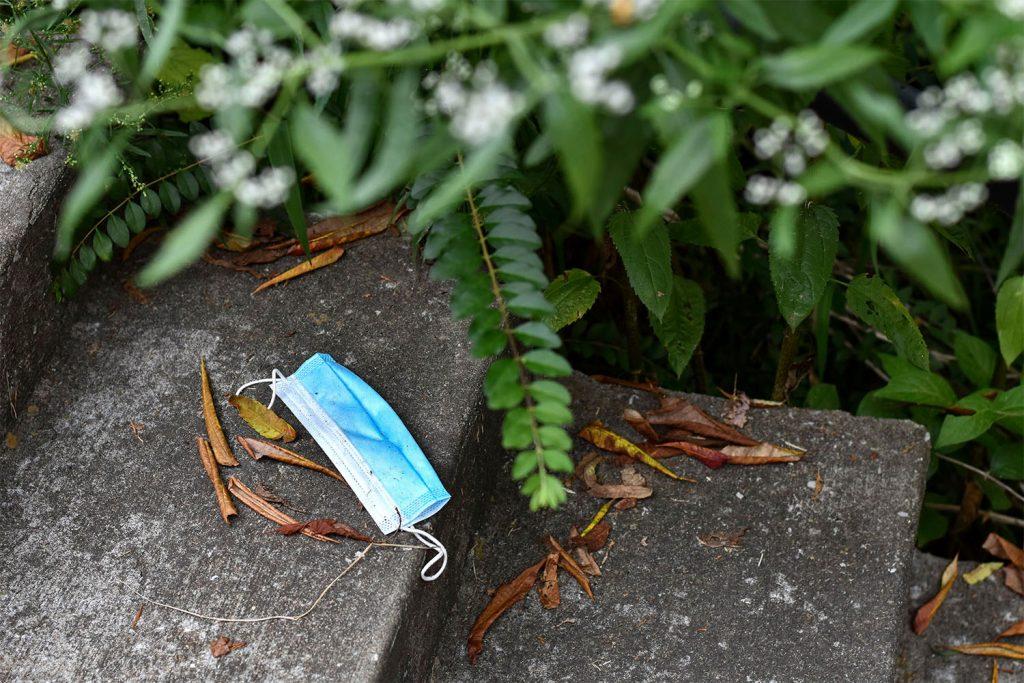 A discarded disposable mask litters the steps next to the Music Rehearsal Hall on Friday, Aug. 28. With a mandatory mask policy in place this fall semester at WKU, it’s not uncommon for discarded masks to be found along the sidewalks of campus. (Photo by Veronica Teeter)