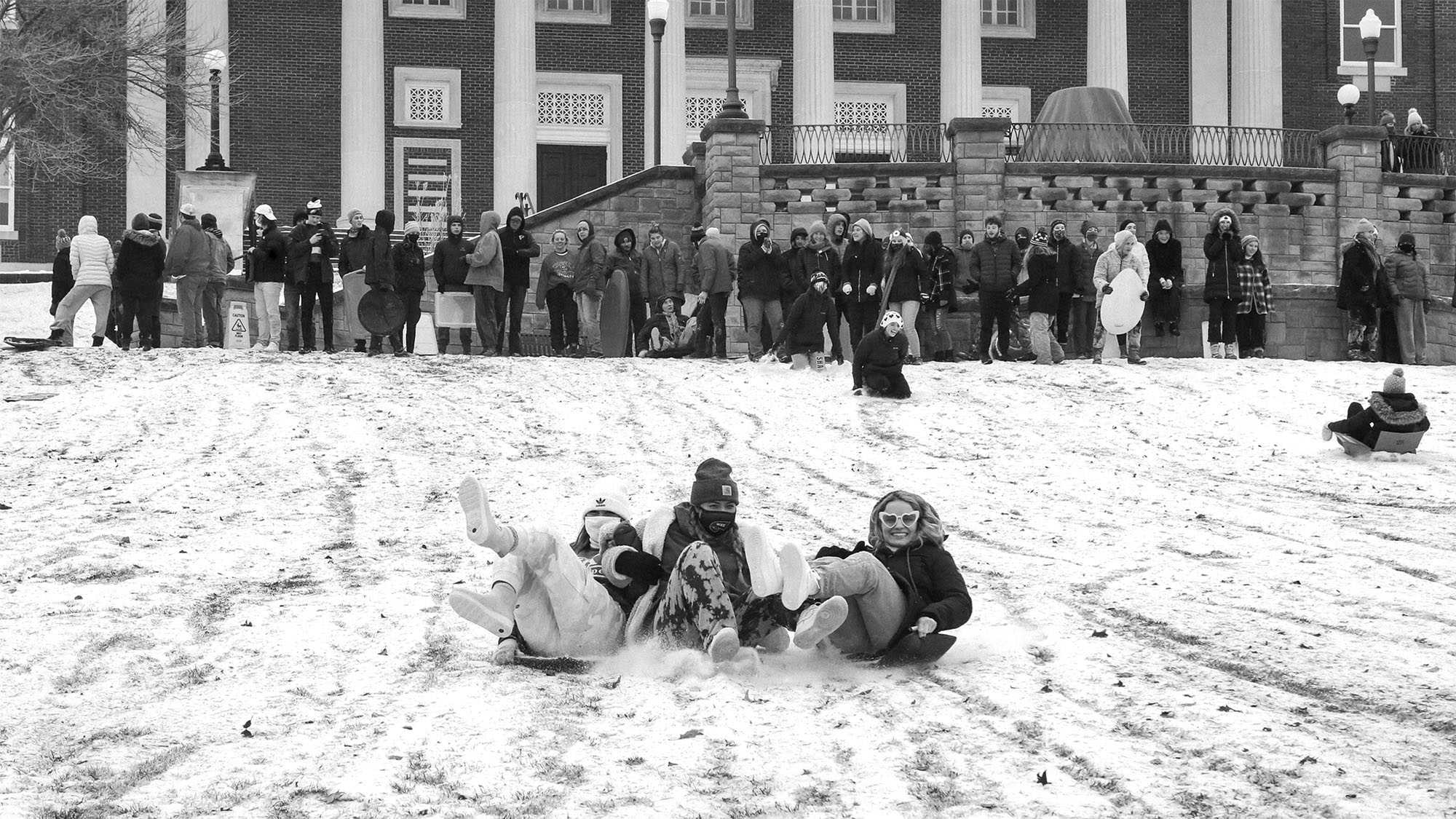 With classes canceled Monday and Tuesday, WKU students headed out to enjoy the snow on campus. 2-3 inches of snow poured over 4 inches of sleet in Bowling Green, according to the National Weather Service and White Squirrel Weather. In an email to WKU faculty & staff, provost Cheryl Stevens said “Days like this are a gift. Please enjoy!” 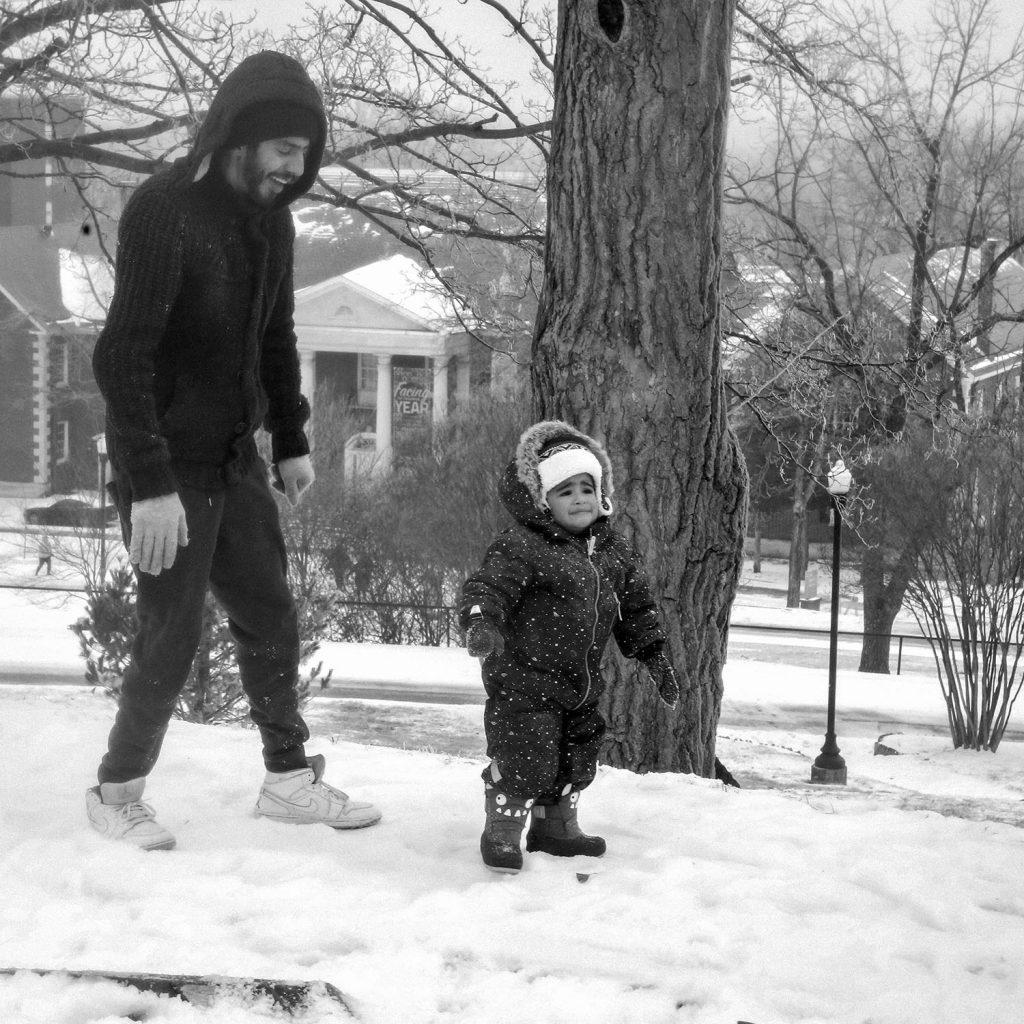 WKU students were not the only ones out and about on campus during the snow day on Feb. 15. Local families turned out as well, bringing children who needed a good place to sled, too. (Photo by Cristina Betz) 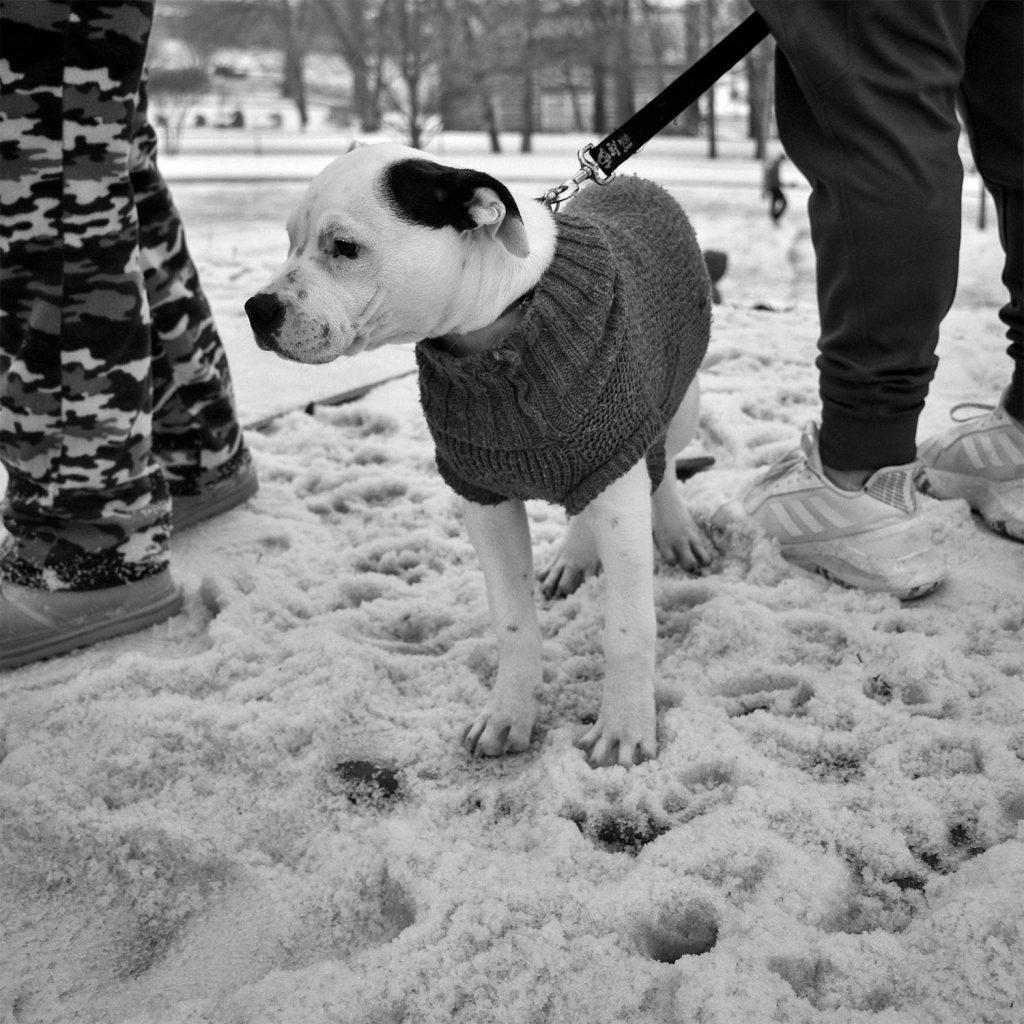 Many dogs, wrapped in coats and blankets, joined in on the snow day sledding at Van Meter Hill on Feb. 15. (Photo by Veronica Teeter) 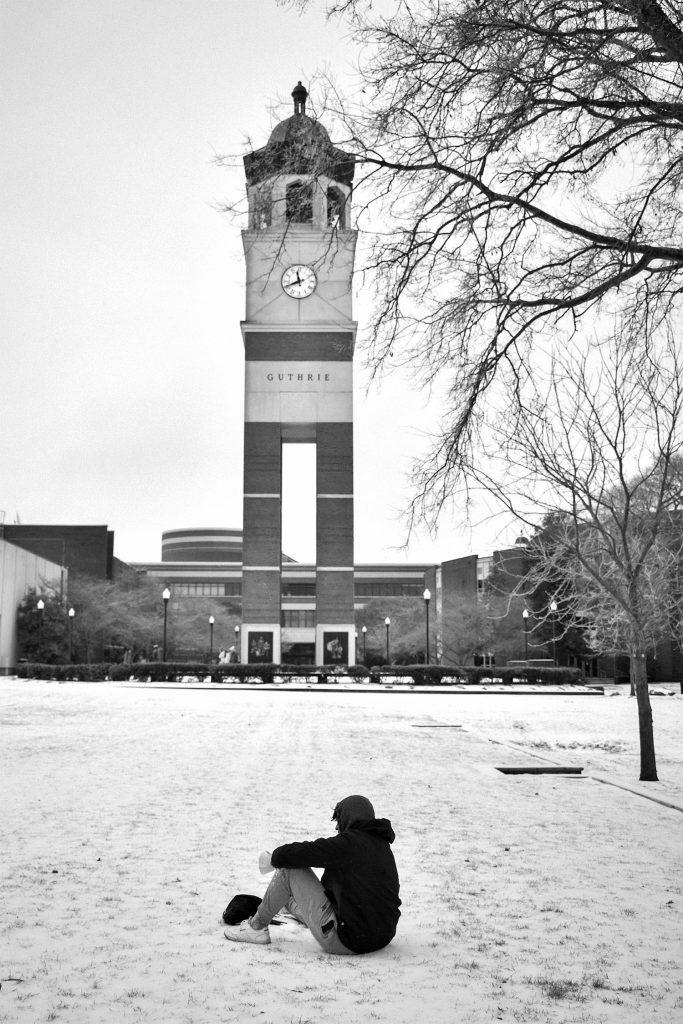 A WKU student watches as two others wrestle in the snow on South Lawn on Feb. 15. The three took turns chasing and wrestling each other on their day off from class. (Photo by Veronica Teeter) 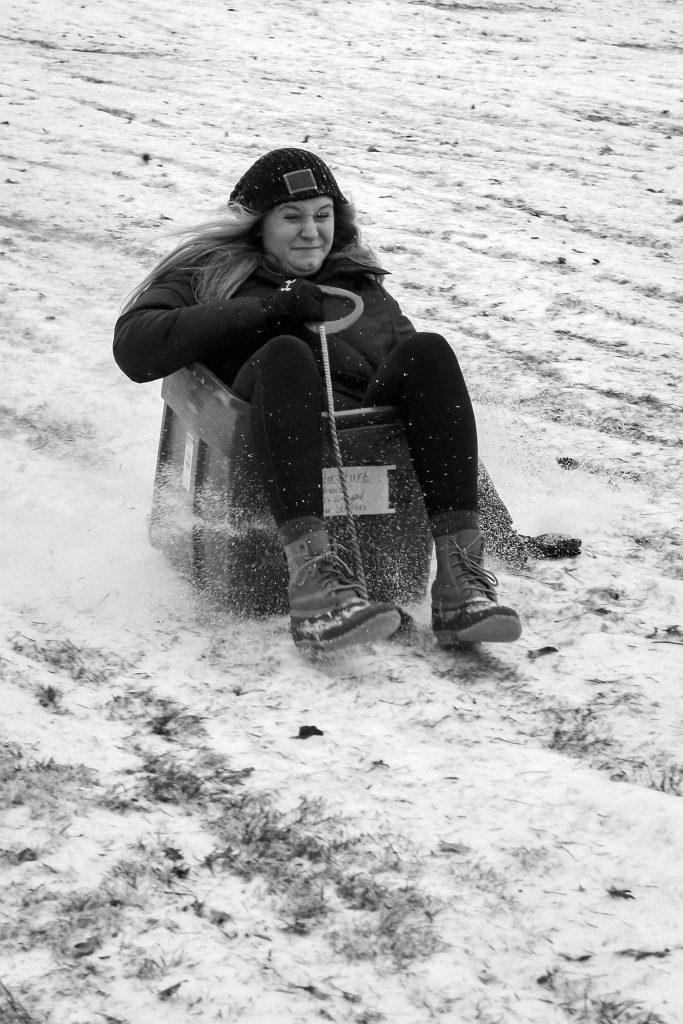