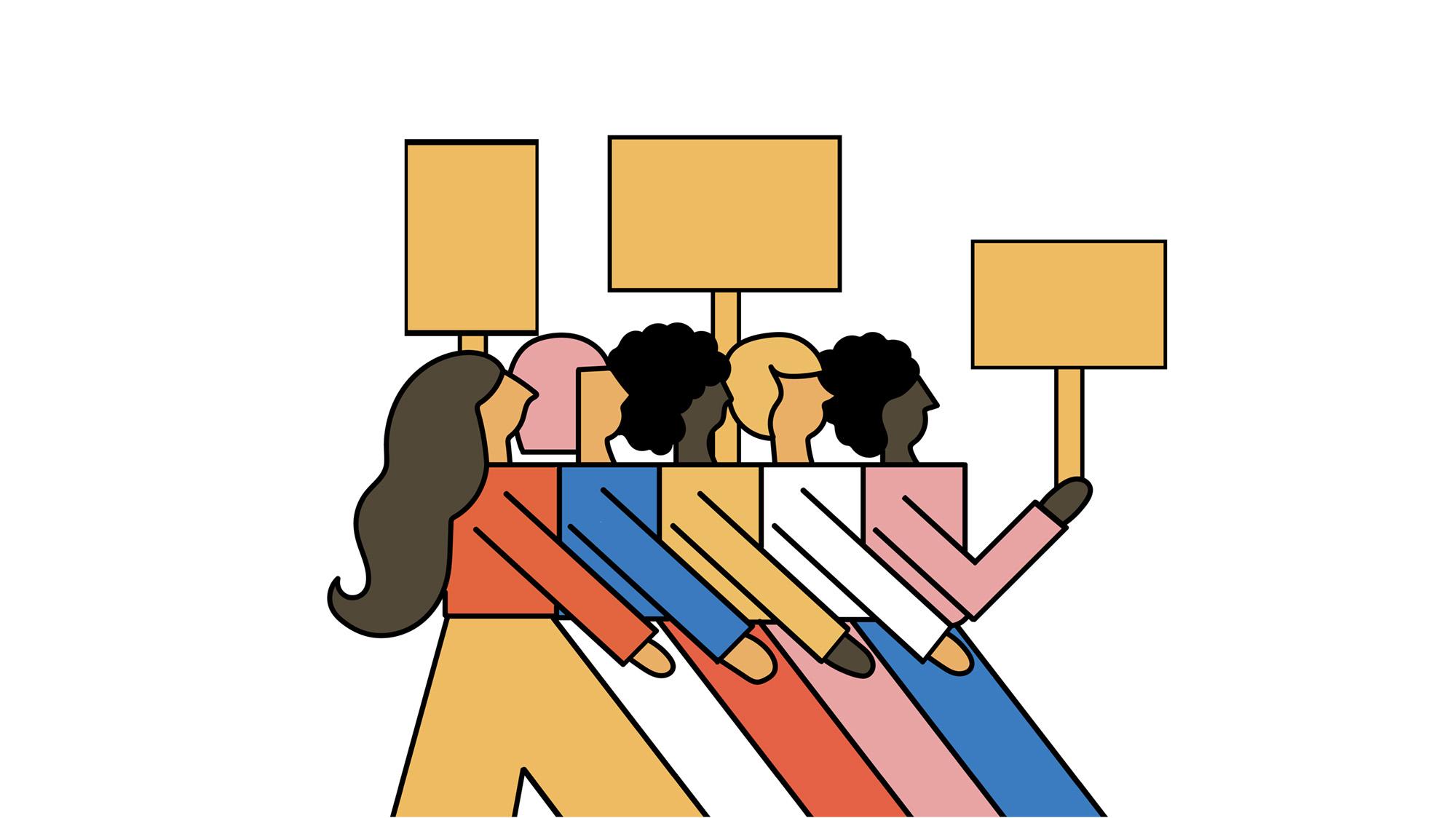 Getting involved in Black Lives Matter

Breonna Taylor, 26, was fatally shot by Louisville Metro Police Department officers during an unannounced search of her home on March 13, in which the officers used a “no-knock” warrant. According to the Louisville Courier-Journal, more than 20 rounds were fired and Taylor was shot eight times. The officers involved have not been charged with any crimes as of June 5, and the FBI has opened an investigation.

On May 25, 46-year-old George Floyd was killed in Minneapolis after a white police officer, Derek Chauvin, knelt on Floyd’s neck for nearly nine minutes while Floyd pleaded for the officer to get off with the dying words, “I can’t breathe.”

Referencing the deaths of Floyd and Eric Garner, who was killed after being put in a chokehold by a New York City police officer in July 2014, “I can’t breathe” has become a collective slogan for the Black Lives Matter movement used in protest of police brutality. Chauvin has been charged with second-degree murder, which typically means the murder was not premeditated, according to the Cornell Law School. He has also been charged with second-degree manslaughter. The other three officers at the scene have been charged with aiding and abetting Chauvin.

According to Mapping Police Violence, more than 1,000 unarmed people were killed by police from 2013-2019 — 336 of them were black, and 99% of killings by police from 2013-2019 have not resulted in officers being charged with a crime. The deaths of Taylor and Floyd are only two on the list of killings of black people by police, and you can read about the history of police brutality here.

Upon the death of Floyd, supporters of the Black Lives Matter movement and people all around the world have been gathering for protests against police brutality and calling for people to speak out about systemic racism in the U.S. Protesting is one way to show support for the movement and lives lost, but the Talisman has compiled a list of ways you can support and be informed from home.

Below is a list of petitions to sign, places to donate money or time, content you can stream and read and black-owned businesses in Bowling Green you can support. We will update this story as more information and resources become available. If you know of any resources and want to let us know, reach out to us on our Instagram or email us at [email protected].

The Louisville Community Bail Fund puts donations toward helping Louisville community members in jail meet cash bail. According to its sponsor, Stand Up Sundays, the fund “exists to not only bail out folks, but provide post-release support to get them from jail, fed, and to a situation of safety. LCBF also maintains a focus on preventative measures for those targeted by law enforcement and threatened with incarceration.”

The American Civil Liberties Union has called for donors to act, helping “to end police brutality, demand racial justice, and defend our right to protest.”

The American Civil Liberties Union of Kentucky’s statement of values says “racial justice has been, is now, and will continue to be central to our mission. We dedicate ourselves to pursue cases designed to have a significant and wide-reaching effect on communities of color, to work in coalition with other civil rights groups and local advocates to lobby in local and state legislatures, and to support grassroots movements.”

Bowling Green for Peace has set up a bail fund on its Venmo, BGforPeace, for protestors in Louisville and Nashville.

Zoe Amira is a YouTuber who published an hour long video where 100% of the Adsense earned will be donated to the Black Lives Matter movement in some form. Stream it to donate for free. Here is a Twitter thread of other YouTube videos where the Adsense is being donated.

The National Black Justice Coalition pushes for federal policy that would empower black LGBTQ+ people and those living with HIV/AIDS. June is widely recognized as LGBTQ+ Pride Month, a time to acknowledge history and their fight for equality and the lives of LGBTQ+ people today.

WeTheProtesters, Inc. tracks data on deaths caused by the police in the U.S. Its data was used earlier in this article from Mapping Police Violence.

“13th,” a documentary on Netflix

“Hello, Privilege. It’s me, Chelsea,” a documentary on Netflix

“Time: The Kalief Browder Story,” a documentary on Netflix

“Who Killed Malcolm X?” a documentary on Netflix

“A New Color: The Art of Being Edythe Boone,” a documentary on Amazon Prime Video

“I Am Not Your Negro,” a documentary on Amazon Prime Video

“Fruitvale Station,” a movie on Netflix

“Mudbound,” a movie on Netflix

“Moonlight,” a movie on Netflix

“When They See Us,” a TV show on Netflix

“They Can’t Kill Us All: The Story Of Black Lives Matter,” a book by Wesley Lowery

“Between the World and Me,” a book by Ta-Nehisi Coates

“Becoming,” a book by Michelle Obama